Alan Thatcher September 28, 2020 No Comments on Pyramids return puts squash in the spotlight 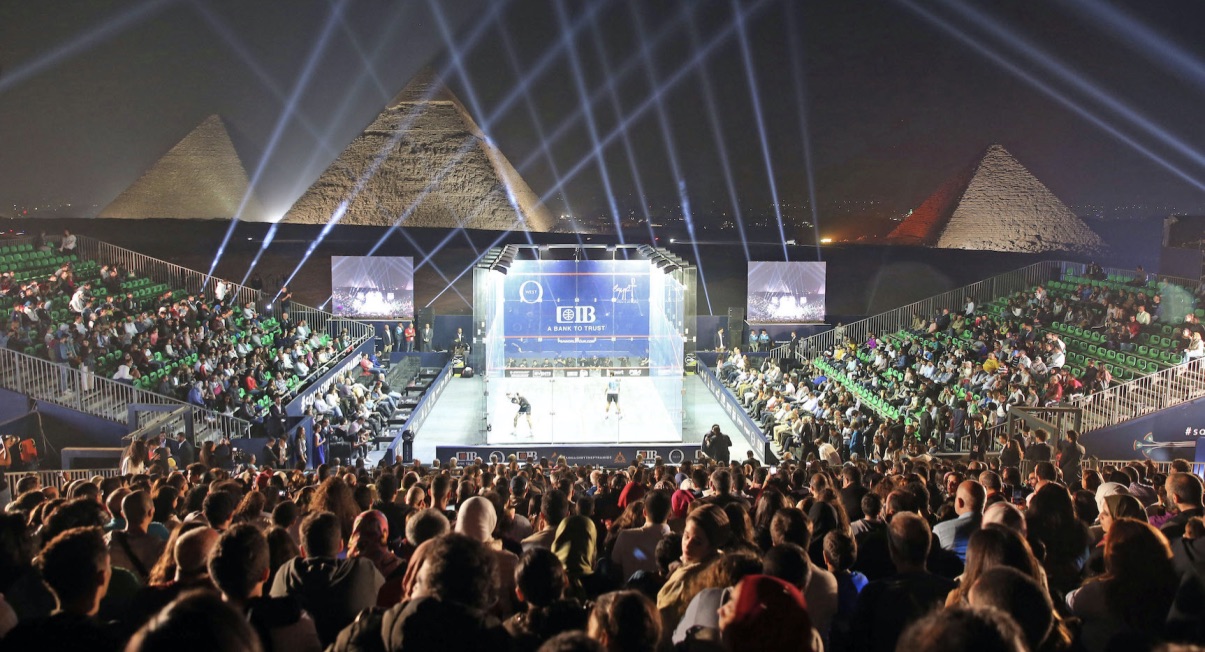 Stunning location: Karim Abdel Gawad and Ali Farag in action during the 2019 CIB Egyptian Open in front of the Great Pyramid of Giza

The return of professional squash to the most stunning amphitheatre in world sport, in front of the Great Pyramid of Giza, makes a dramatic statement for the game.

As global sport struggles to tiptoe back into business, squash is making giant strides with more than half a million dollars’ worth of prize money and 96 players competing in front of spectators at this magical venue in the CIB Egyptian Open from October 10-17.

Fittingly, and inevitably, Egyptian stars will dominate the draws, released today, for the first Platinum event following the six-month suspension of the PSA Tour due to the global COVID-19 pandemic.

The tournament, organised by I-Events, will take place in Giza’s World Heritage Site for the second year running.

With world No.1 Mohamed ElShorbagy electing not to play, world No.2 Ali Farag, who reached the final of the tournament last year, leads the men’s draw. He receives a bye into the second round where he will face compatriot and former World No.3 Omar Mosaad for a place in the last 16.

Former World No.1 Farag is seeded on the same side of the draw as New Zealand’s World No.5 Paul Coll, Germany’s World No.8 Simon Rösner and Colombia’s former British Open champion Miguel Rodriguez.

At the opposite end of the draw is defending champion Karim Abdel Gawad, who continued his run as the man to beat in Egypt when he overcame Farag in the final last November.

Gawad also receives a bye into the second round, where he will come up against compatriot Mazen Hesham.

Standing in his way to the final are the likes of reigning world champion Tarek Momen – who he could meet in a blockbuster semi-final should the draw go to seeding – along with Peru’s world No.6 Diego Elias and Egypt’s world No.7 Marwan ElShorbagy.

Alongside the men, 48 of the world’s leading female players will also compete in Cairo for the inaugural women’s trophy, with the likes of Egypt’s World No.1 Nouran Gohar, reigning World Champion Nour El Sherbini, French world No.3 Camille Serme and recent Manchester Open winner Nour El Tayeb all appearing. 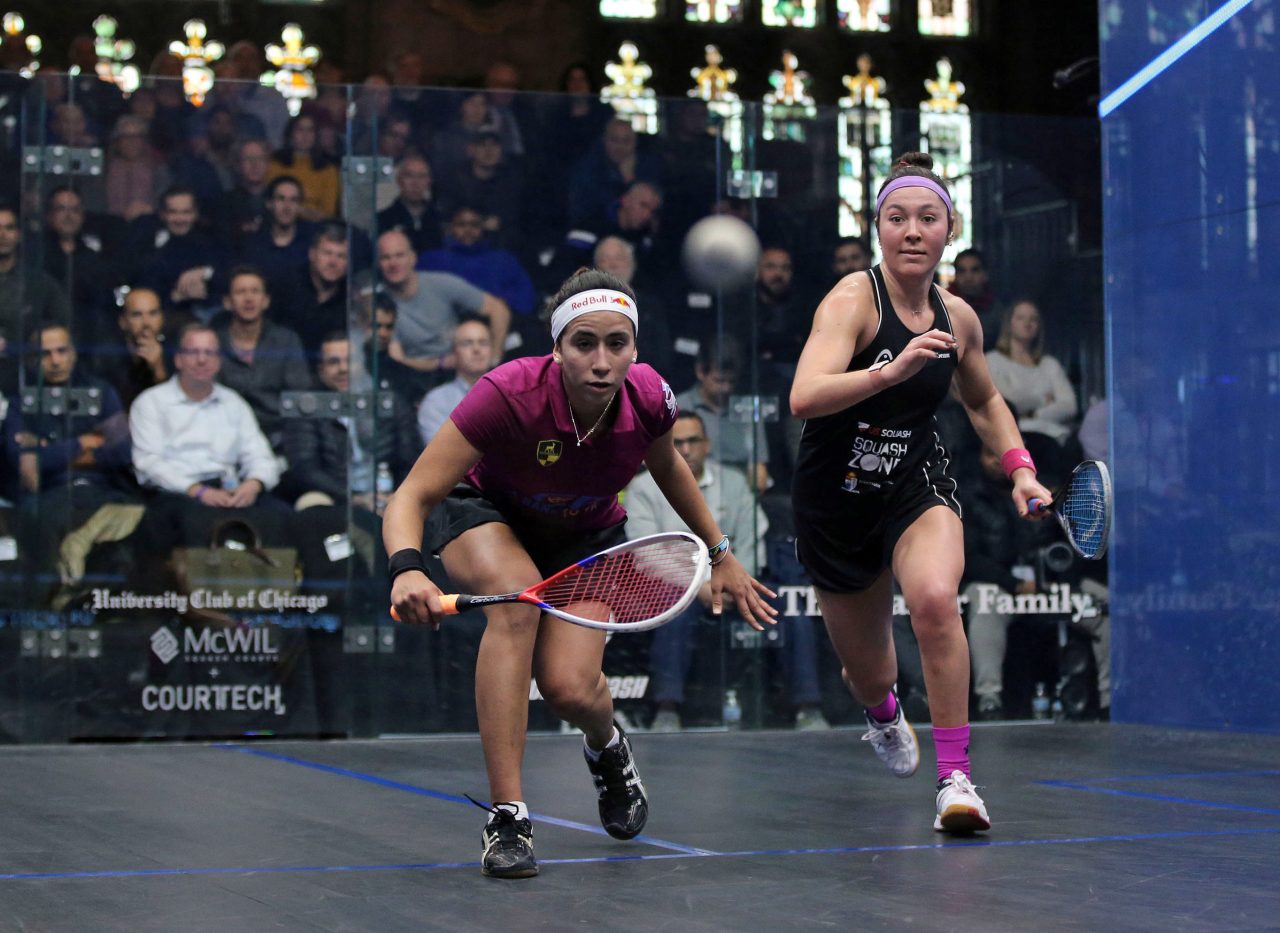 Top seed Gohar receives a bye into the second round where she will face either compatriots Zeina Mickawy or wildcard Sana Ibrahim.

The world No.1 is featured on the same side of the draw as world No.3 Serme, Black Ball Open winner Hania El Hammamy and USA’s world No.7 Amanda Sobhy.

Situated at the opposite end of the draw is world No.2 El Sherbini, who was victorious at the last outing at the Great Pyramid of Giza when she lifted her fourth World Championship crown last year on her 24th birthday.

She receives a bye into the second round where she will face either Australia’s Donna Lobban or compatriot Menna Hamed for a place in round three.

On El Sherbini’s side of the draw is world No.4 El Tayeb, who she could face in the semi-finals, along with English No.1 Sarah-Jane Perry and New Zealand’s world No.8 Joelle King.

“We are delighted to see professional squash return in front of the Great Pyramid of Giza later this month,” said PSA Chief Executive Alex Gough. 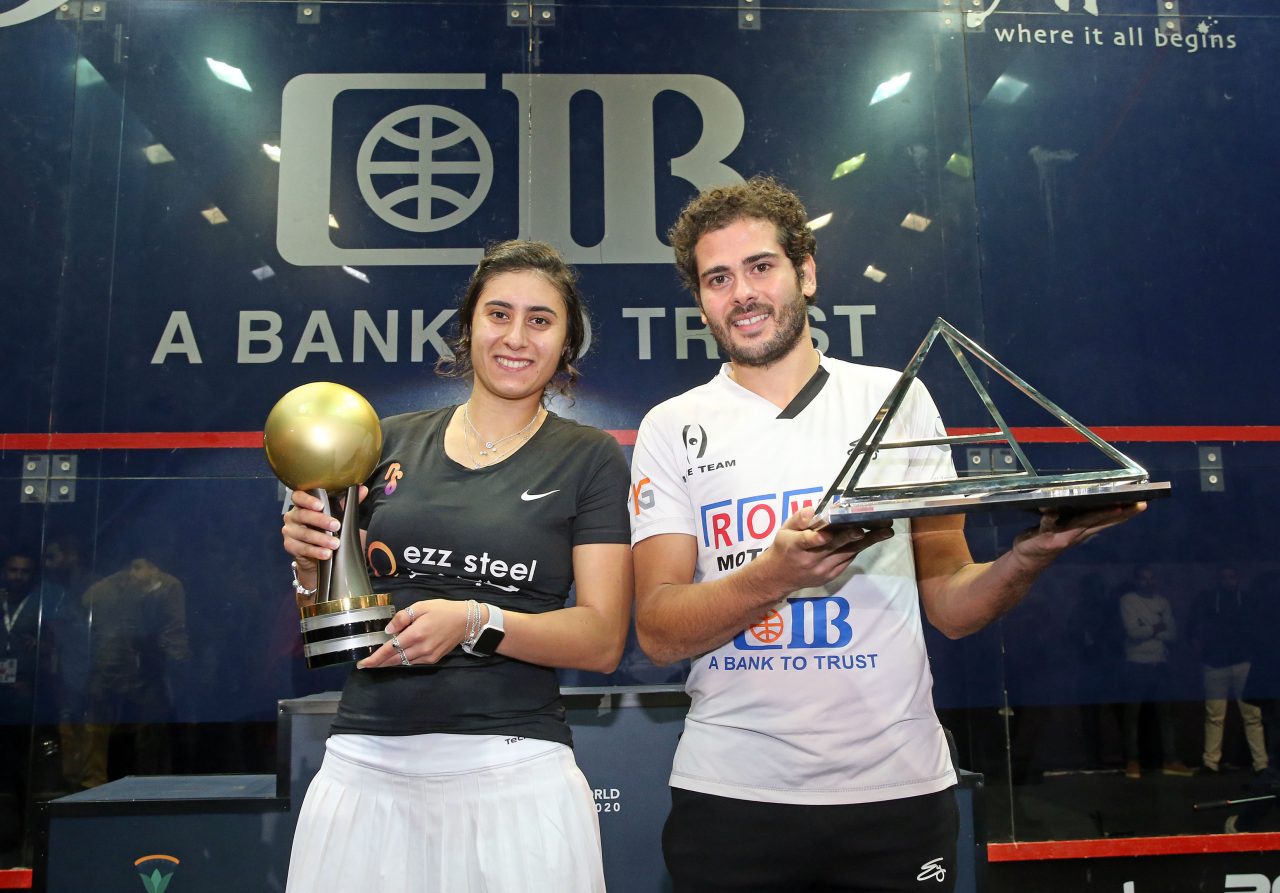 “The Pyramids at Giza have become synonymous with squash over the years and provides a great spectacle for our sport and our athletes. We are extremely grateful to CIB and I-Events for their continued hard work to bring world-class squash to the landmark once again and under difficult circumstances with the continued impact of the global COVID-19 pandemic.”

Prize money will total $540,000, which will be split equally between men and women.

The early round matches will take place at the New Giza Sporting Club, while matches at the Glass Court will commence on October 12.

All glass court matches will be shown live on SQUASHTV (rest of world), Eurosport Player (Europe only), ON Sport (Egypt) and​ the official Facebook page of the PSA World Tour (excluding Europe and Japan) while the semis and finals will be shown on multiple mainstream broadcast channels around the world.

The tournament will abide by strict protocols with relation to health and safety, international travel policies and social distancing guidelines.