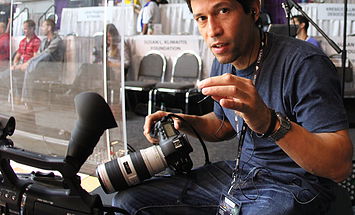 We have been communicating online for some years and frequently discuss ways in which racquetball (or racketball) can find some harmony with squash to produce some mutually beneficial outcomes.

We frequently discuss the differences between the sport of racquetball which is popular in the Americas, and the upstart version of racketball which is growing in the UK.

One frequent topic of conversation is the perceived rift between squash and racquetball in the USA and the class-led stereotyping that drives those apparent divisions. One recent discussion concerned the provision of public, open-air courts in New York City.

Racquetball already has a whole load of open-air courts if you fancy a trip to sunny California. There are tournaments galore. The whole scene looks full of fun and energy. Maybe these facilities could be shared by both racquetball AND squash? In an ideal world we would get clubs, coaches, players and federations to start talking to each other. 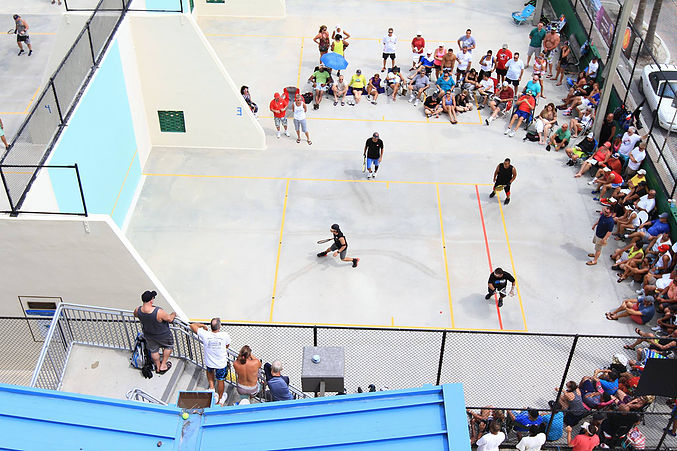 One recent post highlighted the difference in video output from the professional racquetball tour and the PSA World Tour. Freddy writes:

Video. Where is the video? Where are the highlights? Where are the short clips that run through my feed that I will inevitably click on that engages me? This is especially troubling to me because I follow professional racquetball hard. Or at least try to.

I want racquetball to be experiential outside of playing with my groups. I enjoy writing about the players and how they progress in their rankings, something that is hard to do without substantive video. I can honestly say, this season felt like a total bust where video is concerned. 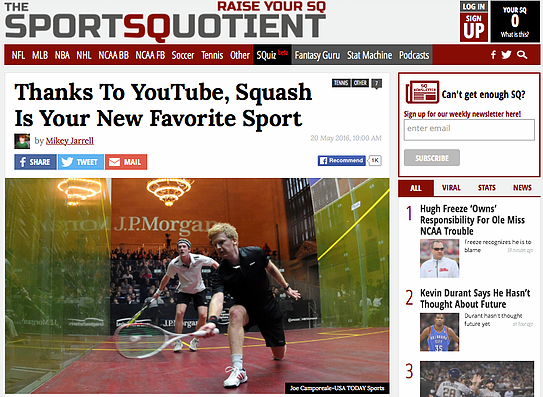 I read an article that had me completely frustrated for racquetball during the last two weeks. The piece, titled “Thanks To Youtube, Squash Is Your New Favorite Sport”, had me realizing that if my passive behavior online is any indication of what my favorite sport is, the title was talking about me.

I watch way more squash than I do racquetball. I am introduced regularly to new top players through the course of a season. I have developed the habit of clicking on almost all of the short videos that now pop up in my feed regularly.

I almost knew exactly where the writer was going even before I could finish his paragraphs. Over the last couple of years, I’ve written a ton about what the tours haven’t even come close to doing, which is use video to build up casual NEW interest.

By just writing this article, the author, Mikey Jarrell, directly represents an engagement value that the Professional Squash Association has deliberately worked for over the last two years.

What these videos have done so far for the Professional Squash Association:
* More fans from the outside of squash
* More aggregate traction with presence that directly contributes to larger pools of money for events leading to more and overall bigger events.
* Learned / learn how to more easily produce content that draws and holds meaningful engagement.
* Provided a platform for players (their product) to negotiate for themselves more lucrative deals for potential sponsors / advertisers.
* Put them in a position of leverage to merge with the women’s side of pro touring. (Imagine the traction throwing Mexico’s superstar world champion Paola Longoria into the mix could produce.)

The move to condensing match action and getting it out fast was a deliberate decision and incorporated into their operating strategy. It is not passive, where as long as someone shows up with a camera and streams, then that’s it. These videos are recorded then crafted based on the action AND the players. 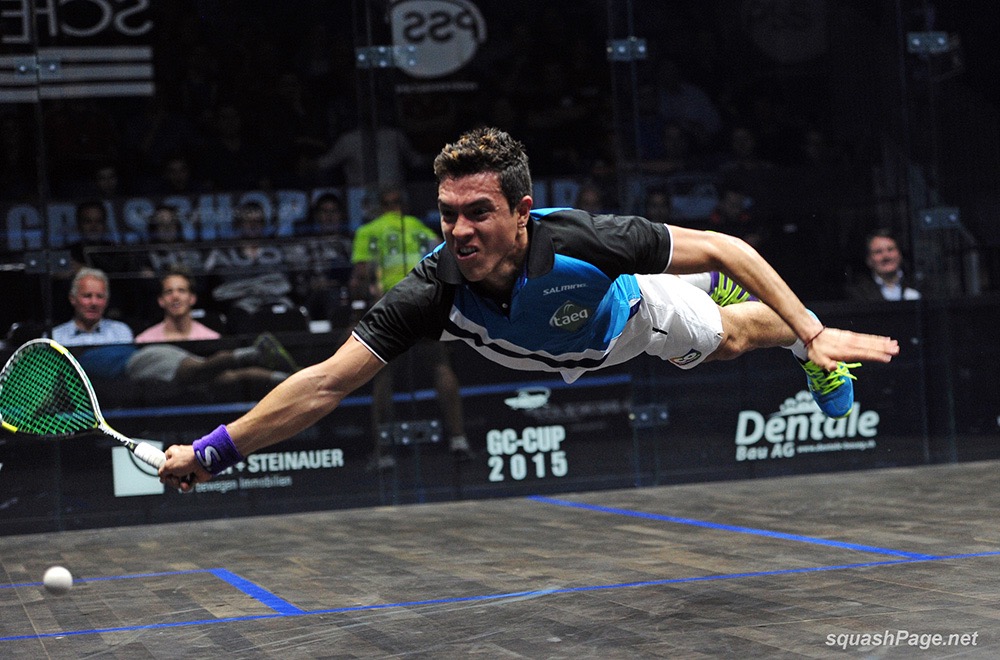 Videos are easily available to anyone wanting to see them, and better yet, it’s the videos themselves that turn viewers into active fans, fans who aren’t formally playing squash, or only playing with their friends and take note along this line, the writer breaks down his favorite top players and draws his comparisons of other sports figures based on their game styles.

This type of pro tour engagement would not have happened with just an available free live stream or a paid membership. What free does is it gives someone who is already highly engaged the option to decide to sit through a 40-minute match and hope for something remotely gratifying. Beyond free, there is continuous work to do.

With what is available now with racquetball, well, it’s asking a lot of me (and fans) in today’s social environment to actively try and find action remotely on the level of gratifying when you look at the sport in these terms. (So much so that I don’t even try any more mostly.) It’s so much easier to just get my need for racquet action from Squash and call it a day.

I can watch squash videos for a half hour and get filled with all kinds of action, as opposed to searching for anything racquetball video related, which almost always leaves me with wasted time online when I do. Right now, I’m way more likely to watch a match that was recorded 10 or more years ago than try and find anything that can keep me watching that has been recorded recently.

To read the article in full, please click here

Thank you to Freddy for giving us permission to reprint parts of his article. It’s nice to hear kind words being written about squash by friends in other sports.