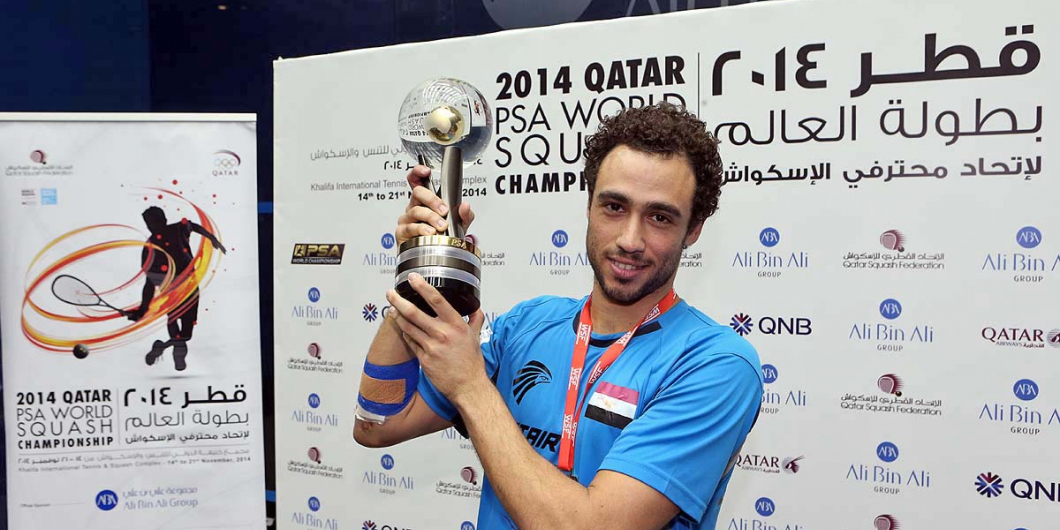 Ramy Ashour, probably the most gifted and entertaining player to ever pick up a squash racket, has announced his retirement from the professional game.

He took to social media to tell his army of fans about his decision to quit in a private post on Facebook, in which he revealed that numerous attempts to deal with troublesome injury issues had proved in vain.

At 31, he announced plans to stay in the game as a coach, mentor and promoter of a new tournament in New York in May when he will experiment with a new scoring system.

Ashour won three World Championship titles, lifted the British Open once, held the world number one ranking position for 21 months, and was rated the number two player in a PSA poll to establish the greatest player of all time.

Ashour quickly bridged the gap when he moved up from the junior game into the senior ranks.

He won his first world title at the age of 19 in 2008 in Manchester, beating fellow Egyptian Karim Darwish in the final.

He was runner-up to Amr Shabana the following year but went on to beat Mohamed ElShorbagy twice, in 2012 and 2014, the latter occasion crowning a return to action after a six-month lay-off caused by injury.

Ashour became the first Egyptian for 47 years to win the sport’s oldest tournament – the British Open – in 2013, which came in the midst of a 49-match unbeaten run as he won nine successive PSA Tour titles.

Since making his PSA debut in 2004, Ashour has lifted 40 PSA Tour titles, reaching 59 finals, while he won 358 of his 435 matches on the PSA Tour. Ashour’s final tournament win came at the Grasshopper Cup in March 2018 as he tore through the draw without dropping a game, again beating ElShorbagy in the final.

Ashour was also voted as the second greatest male player of all time in the summer of 2018, with thousands of squash fans taking part in a poll conducted by the Professional Squash Association (PSA).

His last PSA title triumph was just over 12 months ago at the 2018 Grasshopper Cup tournament in Zurich.

Since then he has added to the numerous clinical interventions aimed at healing his damaged hamstring and knee.

The last few years of his career have been a frustrating time for Ashour as he has been forced to withdraw from numerous tournaments because of injuries that forced him to take to the court with a support bandage covering his whole leg.

It is a tragedy for the man himself and the sport that the most popular player in the history of the game, and a man guaranteed to sell tickets because of his skills and personality, should have to suffer such terrible torment.

At the peak of his career, he made playing this often brutal and demanding sport seem like the easiest thing in the world. With a smile on his face, and the ability to hit blinding winners from any area of the court, he was able to transmit the sheer of joy of playing unlike anyone else. 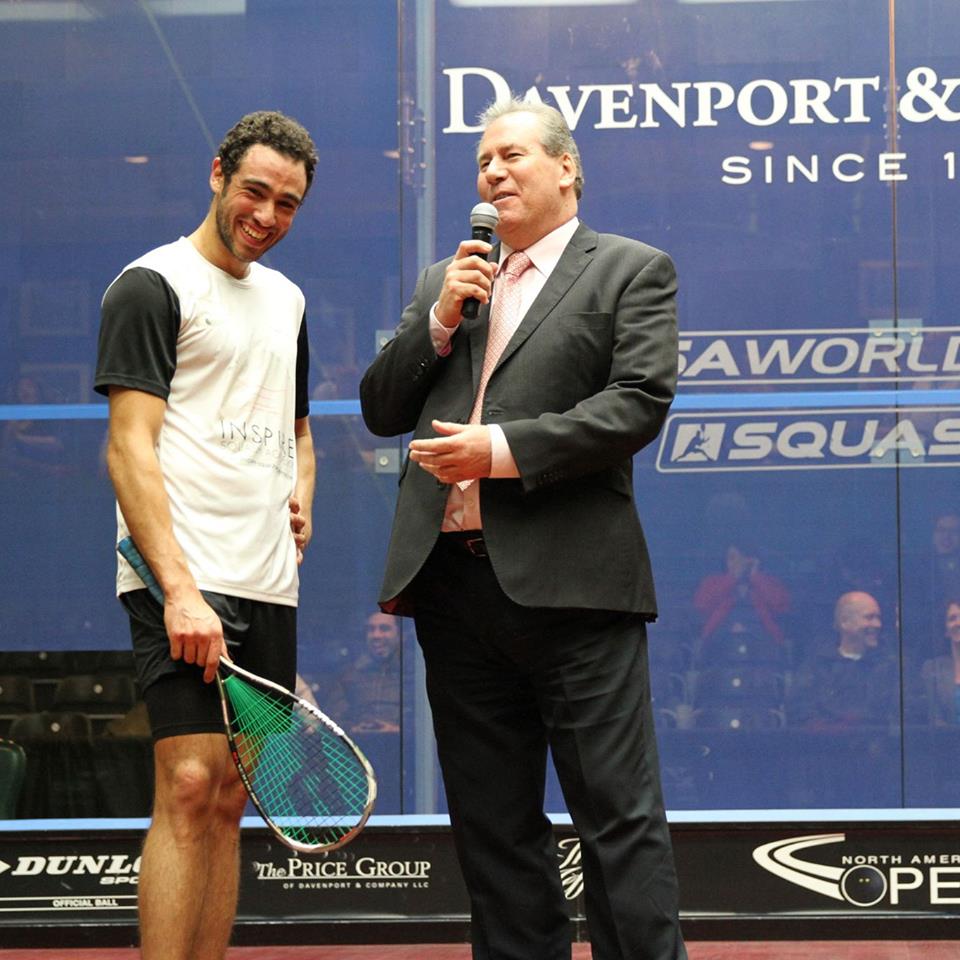 Ramy and the author enjoy a conversation on court during the North American Open in Richmond, Virginia

I first met Ramy when he played in the Liverpool Open at the magnificent St George’s Hall in 2006. He lost 3-1 to David Palmer in the quarter-finals but before too long he was able to turn that scoreline around and start beating the top guys.

Within two years he would become world champion for the first time, with a mesmerising style of play that caught his rivals off guard. I remember his cheeky little crosscourt flick catching his opponents out so often that they began moving to the right of the T in anticipation. Sensing the bigger gap that opened up on the left wall, he was able to hit the simplest of straight drives that left rivals flat-footed and unable to work out how to play him.

He had his own unique grip and swing that enabled him to mix flicky little chips and chops around the court with blistering pace, all with the same limited backswing.

He had it all. And he was so much more than style and flair. At his peak condition he could dig deep and compete with The Beast himself, Mohamed ElShorbagy in the gut-wrenching, physical combat that makes squash such a compelling, gladiatorial sport.

Sadly, his body would not keep pace with his desire to entertain and compete at the highest level.

We will miss Ramy the magician. We now wait to see what new chapters will open up for this remarkable man who has been at the vanguard of Egypt’s dominance on the world scene.

POST YOUR TRIBUTE: Squash Mad readers are invited to post their own tributes to Ramy Ashour in the Comments Section below.