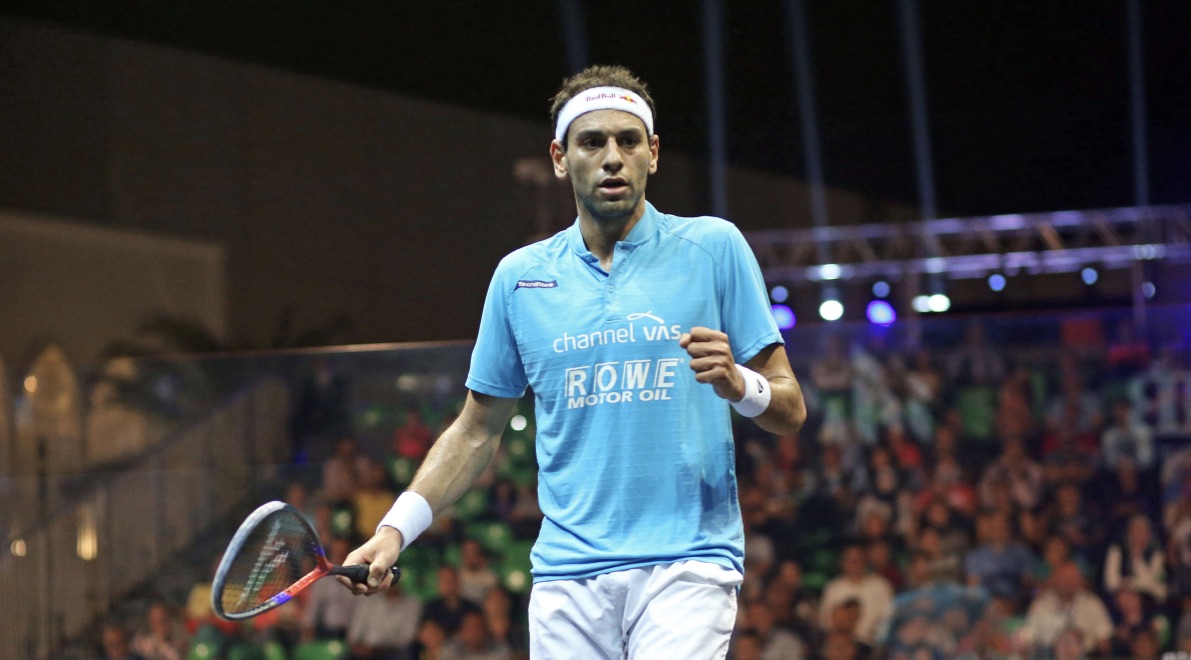 Egyptian duo Raneem El Welily and Mohamed ElShorbagy have become the first players to qualify for the semi-finals of the 2018-2019 CIB PSA World Tour Finals after they beat World No.3s Camille Serme and Tarek Momen, respectively, during the second day of action at Cairo’s Mall of Arabia. 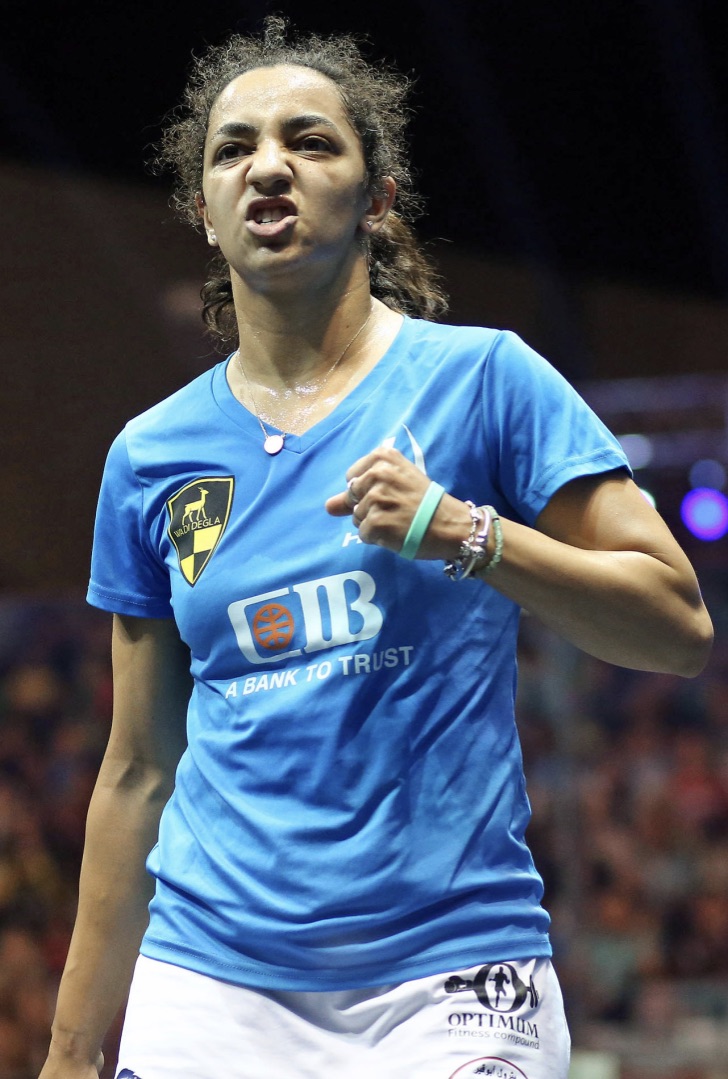 El Welily, the women’s World No.1, recovered from a game down to win 10-12, 11-7, 11-5 against France’s Serme, and that victory sees her move three points clear at the summit of Group A, meaning she is guaranteed a second place finish at worst.

The top two from each group qualify for the knockout semi-finals and beyond, with the first four days of group stage fixtures played using a round-robin, best-of-three games format. El Welily, a two-time runner-up at the season-ending tournament, will line up against New Zealand’s Joelle King tomorrow (June 11) in her final group match.

“I think I was a bit patient in that last game,” said 30-year-old El Welily. “She made a few errors. It’s very tough mentally to push ourselves in the last tournament.

“We are all pushing ourselves and working really hard. I’m definitely not going to go off court without leaving everything on here.

“My movement is an aspect of my game that I work on really hard. Not just with my fitness coach, Ahmed Faragallah, but also Haitham Effat – they push me hard when it comes to movement and technique, but I actually think it could be better today.”

Serme and Evans will face off in the other Group A fixture, with that match set to take place on Wednesday June 12. Evans got the better of King by an 11-9, 7-11, 11-8 scoreline in the final women’s match of the day and the winner of her fixture with Serme will join El Welily in the last four.

“I’m really happy with that,” said 26-year-old Evans. “I was a bit disappointed yesterday because I was only on court for 18 minutes [against El Welily]. I know it’s best of three, but I still felt like I could have given it more. I wanted to come out here, no matter what the result, and give it everything I have and I think I did that.” 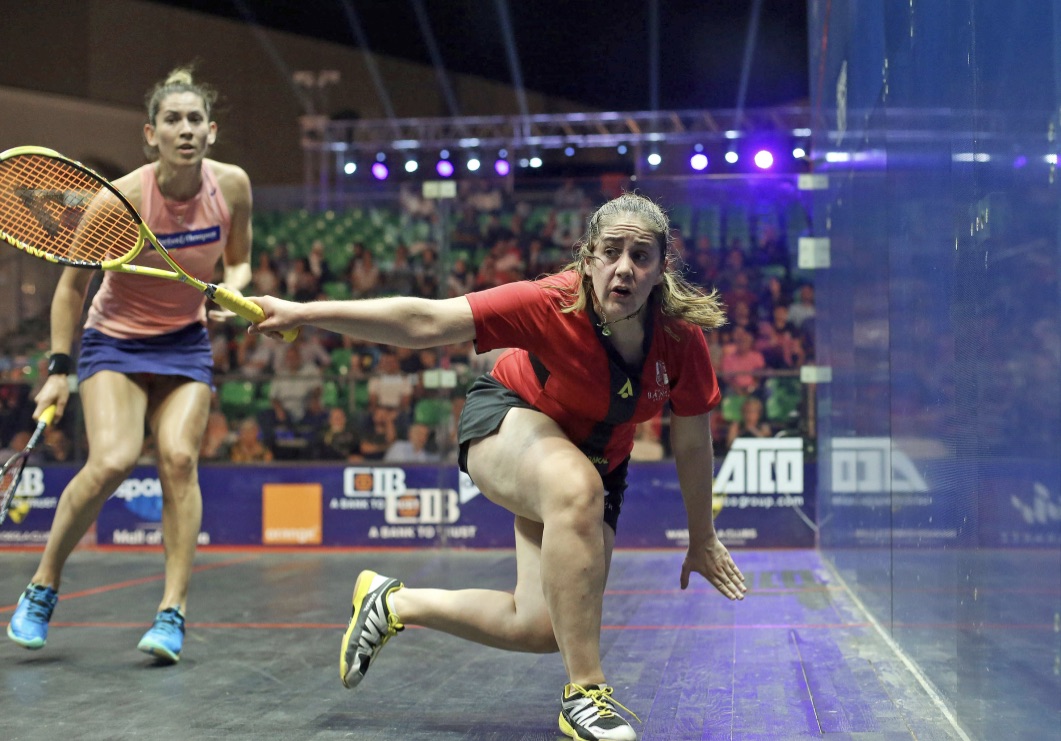 The other women’s match on day two saw World No.5 Nour El Tayeb avenge her British Open semi-final defeat to eventual tournament-winner Nouran Gohar, as she took a 2-1 lead to move up to second place in Group B, one point behind current leader Sarah-Jane Perry.

In the men’s event, defending champion ElShorbagy booked his spot in the semis after a 2-1 win over Momen saw him move two points clear at the top of Group B.

The reigning British Open winner defeated Peru’s Diego Elias yesterday by a 2-1 scoreline and backed that up again against Momen, winning 11-9, 5-11, 11-6 to continue his title defence as he looks to win his third consecutive World Tour Finals title.

“He has had a great season, the last three years he has been a player who has been a contender for every World Tour event,” said ElShorbagy.

“I’m really happy that he has been playing this quality, he is an inspiration. I’ve seen him for years training hard, having bad losses and coming back stronger, and he’s an example for a lot of juniors to watch of never giving up and always working hard.”

ElShorbagy has guaranteed a top two spot and plays Germany’s Simon Rösner tomorrow in his final match of the group stage. World No.5 Rösner is unable to qualify for the semis after losing 2-1 to Elias, with Elias and Momen wiquare off on Wednesday to decide the final qualifying spot in Group B.

“It’s really tough playing in these conditions,” said Elias after becoming the first Peruvian to win a match at the World Tour Finals.

“After my match yesterday [against ElShorbagy] I didn’t think I was going to recover, especially after that last game. My body felt good today and I think I played well today, it was a really tough battle with Simon. This is my first tournament playing best of three, so I think I like it because usually I get a bit tired towards the end of matches.” 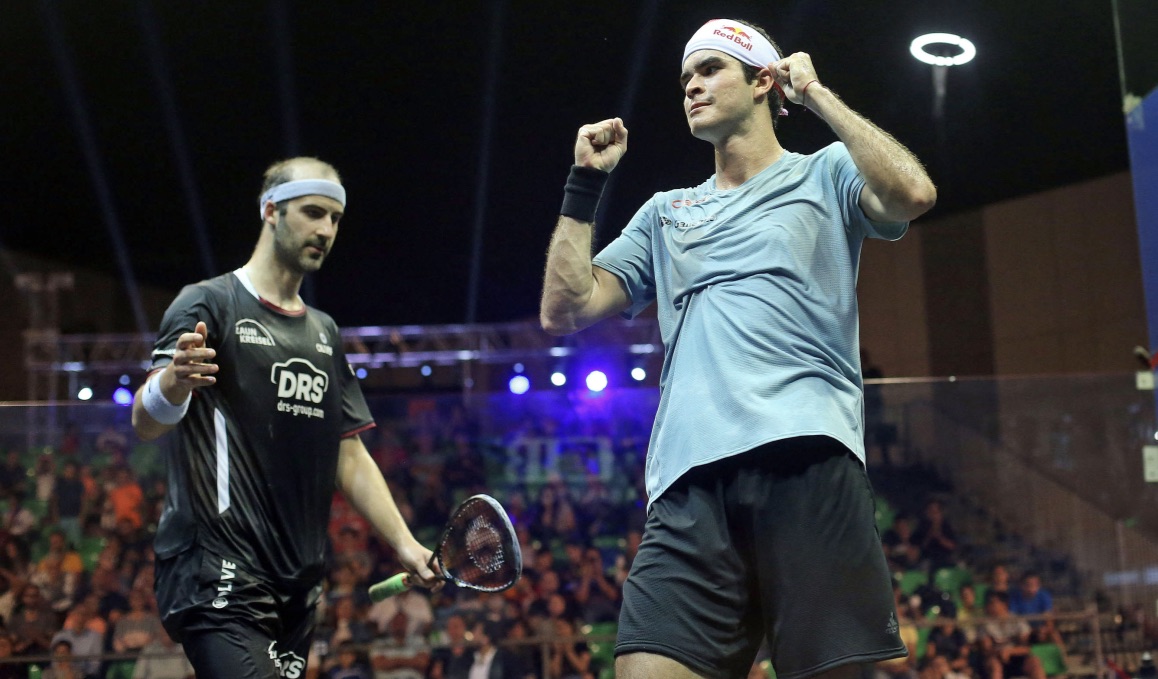 Meanwhile, World No.4 Karim Abdel Gawad and World No.6 Paul Coll got their tournaments under way, with the former winning 11-5, 13-11 to join World No.1 Ali Farag on four points at the top of Group A, while Coll sits bottom alongside Mohamed Abouelghar, neither of whom have a point to their name after the first round of matches in that group.

Group stage action continues today and play begins at 19:00 (GMT+2). All six fixtures from the Mall of Arabia will be broadcast on SQUASHTV (rest of world), Eurosport Player (Europe only) and the official Facebook page of the PSA World Tour.