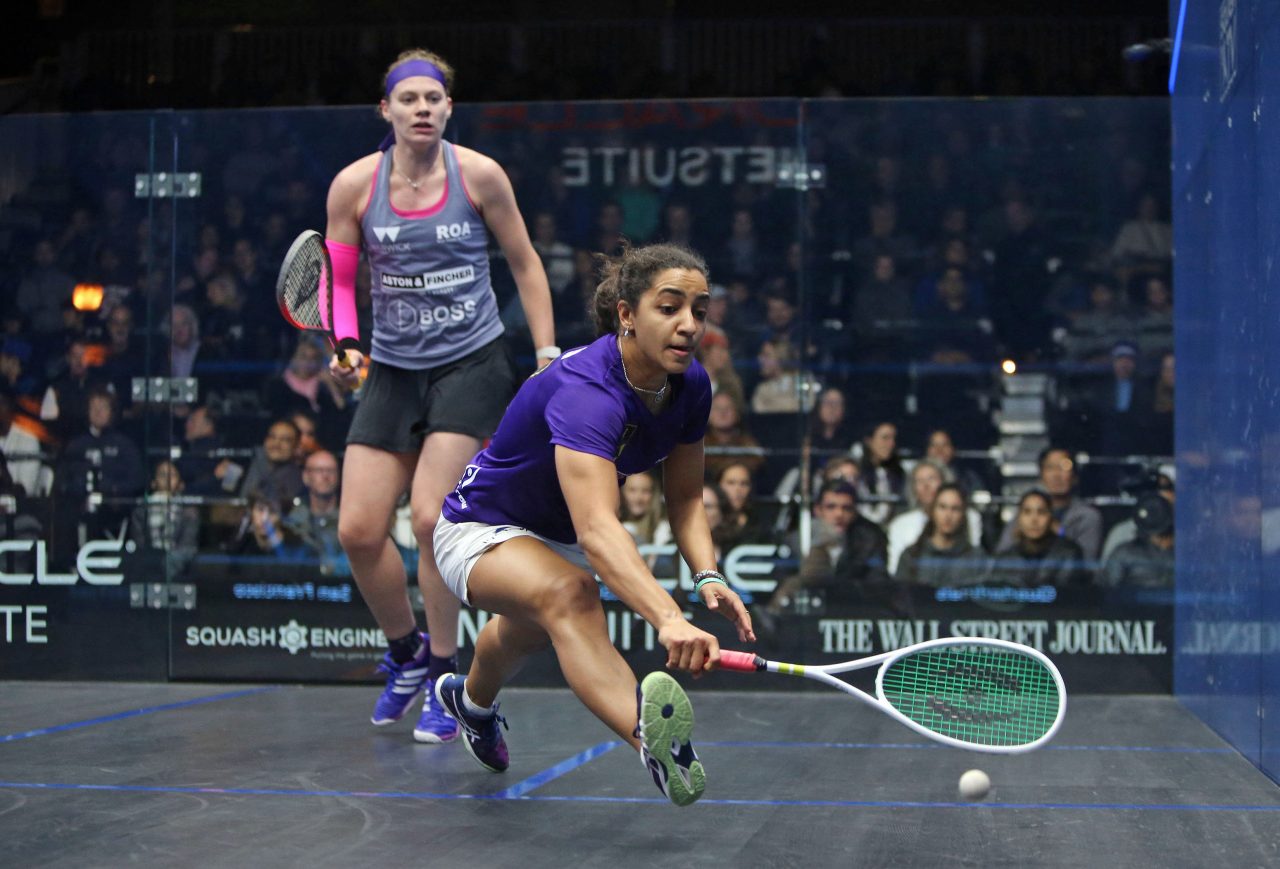 Egypt’s Raneem El Welily is into the semi finals of the Oracle NetSuite Open 2019 after knocking out the defending two-time champion Sarah-Jane Perry in straight games on the glass court at the spectacular Embarcadero Plaza in San Francisco.

The pair had met ten times on the PSA World Tour, with their last meeting being that final in San Francisco in 2018, where Perry won an epic 57 minute battle 3-2. This clash started in a tight fashion, with neither player giving an inch. 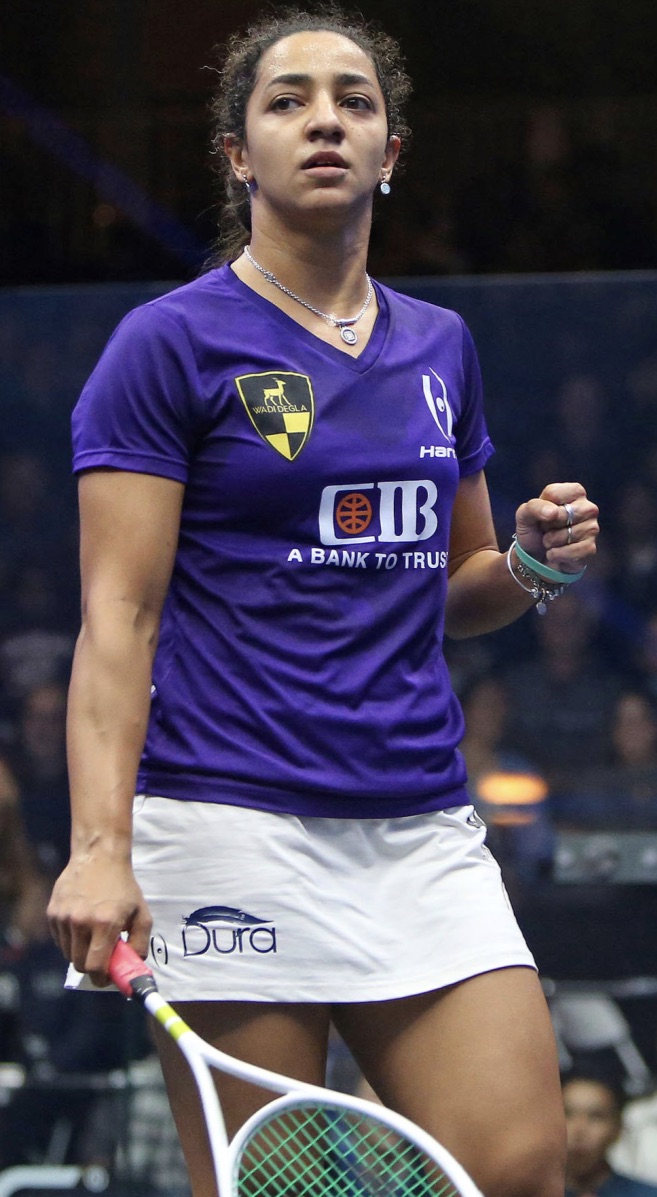 It would be the World No.1 that would go on to take it 11-8, though, after reeling off a string of points in the latter stages of the game. From the start of the second game, it looked as if it would be finished in an instant, as El Welily took the first four points with consummate ease.

However, Perry fought back to take a 7-5 lead, only for the Egyptian to go on another run of four straight points. She went on to take the victory and avenge her defeat from this exact court a year ago.

“It just shows how strong the women’s tour is. Everyone is such a strong contender to win every tournament and everyone has chances to win,” El Welily said.

“I had to be prepared today because SJ is never an easy match, but I am glad it was 2-0. I almost lost that second game but I recovered well to get off in two.

“The court is a little dead so hitting it hard is one way to get it to the back. It is not the only way but this is what I tried to do today and I am glad it worked.

“I love it [San Francisco]. It is absolutely fantastic and the atmosphere here is amazing as always. The weather has also been great since we arrived as well!”

El Welily will face India’s Joshna Chinappa in the semi finals on Sunday, after she got the better of New Zealand’s World No.6 Joelle King in three games. Chinappa and King both train in England, at the Elite Squash Academy in Bristol.

King ran out into an early lead, taking the first five points. However, Chinappa fought back, and she eventually took the first game 11-9. Once again, the Kiwi constructed an early lead in the second, but this time she held on to take it 11-6 to send the match into a decider.

The World No.13 came out fighting in the third, and she would go on to take the victory with relative ease, restricting King to just three points, as she booked her place in the semi finals.

A delighted Chinappa said: “It is great to have home support wherever I play, and especially here, it is the most support that I have ever had playing overseas so I have to thank them for supporting me. I really appreciate it!

“I am now training with Hadrian Stiff and having fresh ideas and new things to work on has made the difference for me in the last year or so.

“Joelle also trains in Bristol so we play each other quite often. We have had a lot of big battles in the last eight months and I feel really lucky that I came out on the right side tonight.”

In the men’s draw, Egypt’s World No.2 Mohamed ElShorbagy is through to the last four of the tournament after defeating Australia’s Ryan Cuskelly in straight games.

The pair had met five times previous on the PSA World Tour, with both players having won one of the previous two encounters, while the Egyptian had the 4-1 advantage.

Cuskelly had beaten the tournament’s No.1 seed at the Tournament of Champions in January 2018, and ElShorbagy had studied that match to get the upper hand over the left-hander. The Egyptian came out firing, winning the first five points, and although the Aussie tried to fight back, ‘The Beast’ had too much power and took the first game 11-5.

The World No.20 tried to fight back in the second game, and went out into an early lead, but it was not to be, as ElShorbagy came firing back to take the victory in just 20 minutes.

“He is a great player, he hits the ball really nice and at the Tournament of Champions when he beat me, he played such unbelievable squash to beat me,” ElShorbagy explained.

The World No.2 will now face younger brother Marwan ElShorbagy in the last four in San Francisco, after the ‘Jackal’ overcame Germany’s Raphael Kandra in a thrilling encounter, as he saved four match balls in the deciding game before taking the victory.

Kandra himself faced match ball down in the second but saved it with a dazzling drop shot into the nick after the ball had landed in mid-court.

All three games were tight, and the talented Kandra will be disappointed at failing to land another big result after gaining his first victory over fellow German Simon Rosner in the previous round.