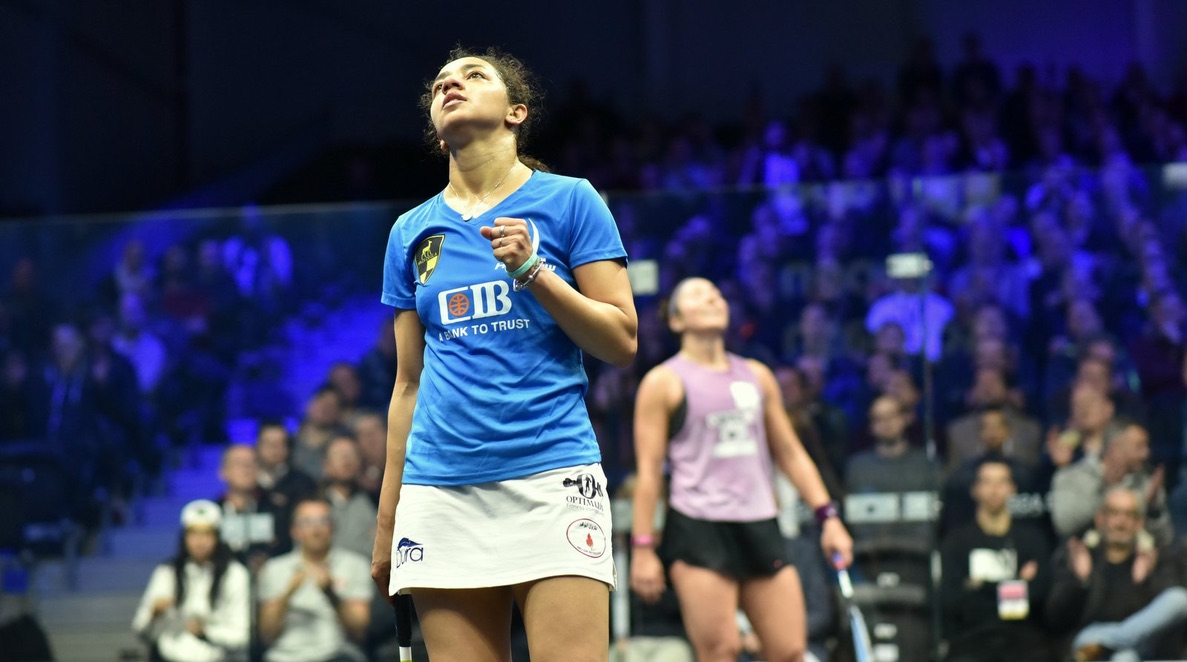 Amanda Sobhy so close against world No.1
By ELLIE MAWSON

Egypt’s World No.1 Raneem El Welily narrowly avoided defeat in the quarter-finals of the DPD Open Squash as she claimed a 3-2 win over United States World No.12 Amanda Sobhy in Eindhoven, Netherlands.

“I’ve been waiting for the day to play Amanda since she came back from injury,” said El Welily following her victory. “She played so well and was so sharp today to push me to my limit. At 8-8 in the fifth I was hanging in and I was afraid she was going to fire something into the nick like she did in previous points but I’m very happy that I managed to stay in those rallies.

“It’s been a very good season for me, I’m definitely enjoying myself on the court more than I did in previous years. I don’t want it to stop. I really want to keep on playing and winning as much as I can, but mostly enjoy it.”

El Welily will now face compatriot and World No.3 Nour El Tayeb in a repeat of their PSA World Championship semi-final, where El Tayeb prevailed.

World No.3 El Tayeb was in scintillating form to despatch English No.1 Sarah-Jane Perry in just 22 minutes in the first match of the day’s play, including an 11-0 win in the third.

“SJ is one of the toughest on tour,” said 25-year-old El Tayeb. “We have had so many battles and I’m sure she is still coming back from her elbow injury and it’s not going to be the same again.

“I didn’t think it was easy, I know it’s less time on court, but I felt like I was running and working hard. I’m very happy with my performance and to be in another semi-final of a big tournament like this – I’m very proud.” 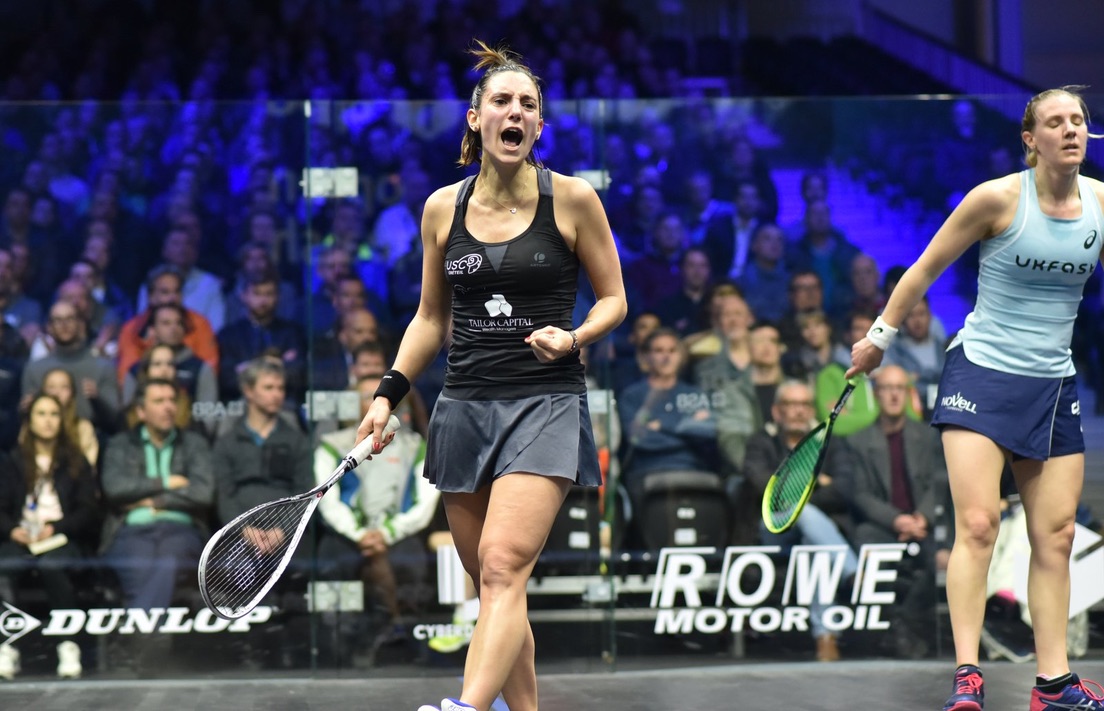 The last two times the two players have met it has gone to five-games in the favour of El Sherbini and Serme will be hoping for a different outcome tomorrow after she overcame former World No.1 Massaro in a four-game battle.

“I’ve kind of looked up to Laura as a mentor since the beginning,” said the Frenchwoman following her win.

“We’ve had really strong matches in the past and I know how strong she is mentally, and she can always come back from any situation. After the first game I knew not to think it was going to be easy because she can come back strongly, and she did.”

El Sherbini meanwhile showed that she was at her best as she displayed a formidable performance to despatch Welshwoman Evans in straight-games.

“I’m really happy to win in three,” said three-time World Champion El Sherbini. “It may have looked easy, but it’s never easy playing Tesni. The first two games were really close, I worked really hard to beat her and I’m very happy with my performance. I’m looking forward to the next round.” 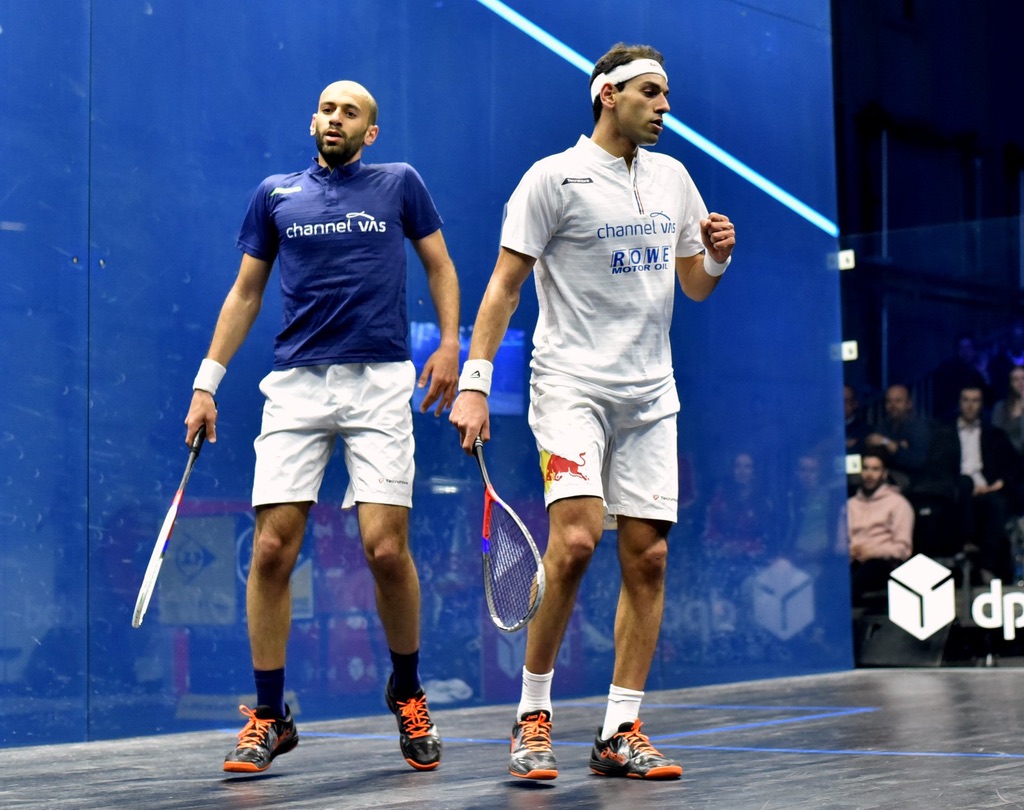 In the men’s draw, Egypt’s World No.2 Mohamed ElShorbagy overcame younger brother, Marwan, to book his place in the semi-finals where he will take on former World No.1 Karim Abdel Gawad.

The Egyptian brothers were meeting for the first time since they clashed at the 2018 El Gouna International, which went in the favour of Marwan. However, it was the older sibling who came out on top this time around with a strong 11-9, 11-8, 11-6 victory.

“I had to [be sharp]. When he plays me, or Ali [Farag], or Tarek [Momen], or any of these top guys, he can turn his engine on at any time,” Mohamed said of his younger brother.

“He was once playing at a very high standard. You don’t just lose that all of a sudden, and he can turn it on at any time. I had to be very sharp from the first point, I had to be aggressive.

“I thought it was a high quality match. He definitely made me play at my best today, and that is what I really had to do to beat him.” 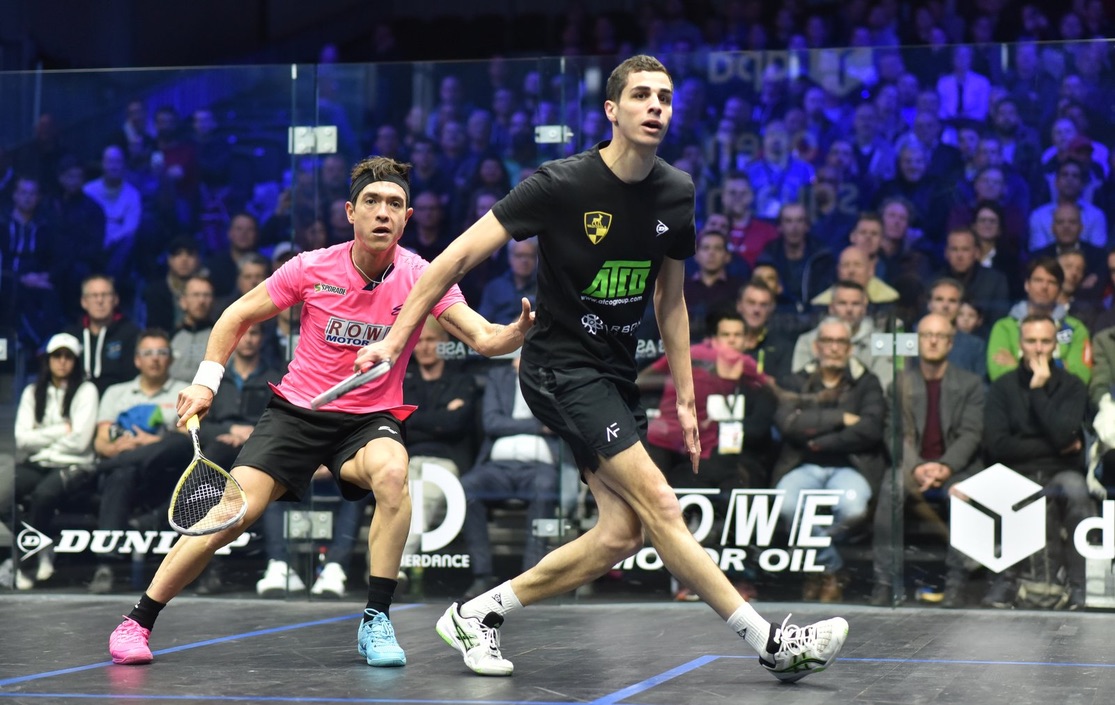 Meanwhile, his semi-final opponent, Gawad, overcame New Zealand’s World No.5 Paul Coll in a tight battle with the Kiwi saving six match balls before the Egyptian was eventually able to close out a 7-11, 11-7, 11-6, 14-12 win in 75 minutes.

“I’m feeling great,” said former World Champion Gawad following his match. “Coming back from 6-10, to 10-10 and then almost winning the game shows how good he is and how mentally strong he is. I had to fight from the first point to be able to beat someone like Paul today.”

The other men’s semi-final will see Egypt’s World No.1 Ali Farag face Germany’s Simon Rösner for a place in the final.

Farag ensured he followed in his wife’s, Nour El Tayeb’s, winning footsteps as he got the better of 2018 British Open champion Miguel Rodriguez over four games to edge out the Colombian and advance to the last four.

“In the first two I felt like I was finding my targets quite well,” said 26-year-old Farag following his win. “In the third he was coming back at me and he found better targets. Then as I was losing the third, I said to myself I needed to regroup and find the back corners again and I think I did that well.”

He will go up against Rösner in the next round, who displayed a masterclass of a performance to send out England’s No.1 Declan James in straight-games.