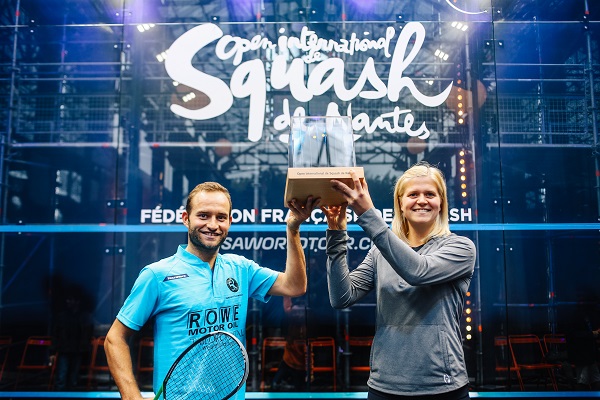 ‘Biggest title of my career’
By ELLIE MAWSON

England’s World No.24 Fiona Moverley is looking forward to heading back to Nantes to defend her title when the Open International de Squash de Nantes takes place between September 4-9.

Held at the stunning Théâtre Graslin, the Open International de Squash de Nantes will be the first PSA Challenger Tour event ever to be broadcast on SQUASHTV and Eurosport Player and Moverley – who defeated Belgium’s Nele Gilis in last year’s final – is targeting a defence of her crown in France.

“I can’t wait to go back this year,” said the 31-year-old. “It’s my first tournament of the new season so I’m really looking forward to kick it off with Nantes. It’s a great place to visit and everyone at the tournament really looks after you.

“Last year was amazing. It was the biggest title of my career which made it even more special. I had the perfect tournament and couldn’t have asked for a better result. To win in that fantastic outdoor venue in front of such a big crowd was unbelievable.

“I don’t think there’s any more pressure than last time except for the pressure I put on myself. The tournament has grown in size which is great for the Tour, but it also means it’s potentially even stronger than last year, so it will be a huge challenge to win it again. However, that doesn’t mean I won’t be trying to.” 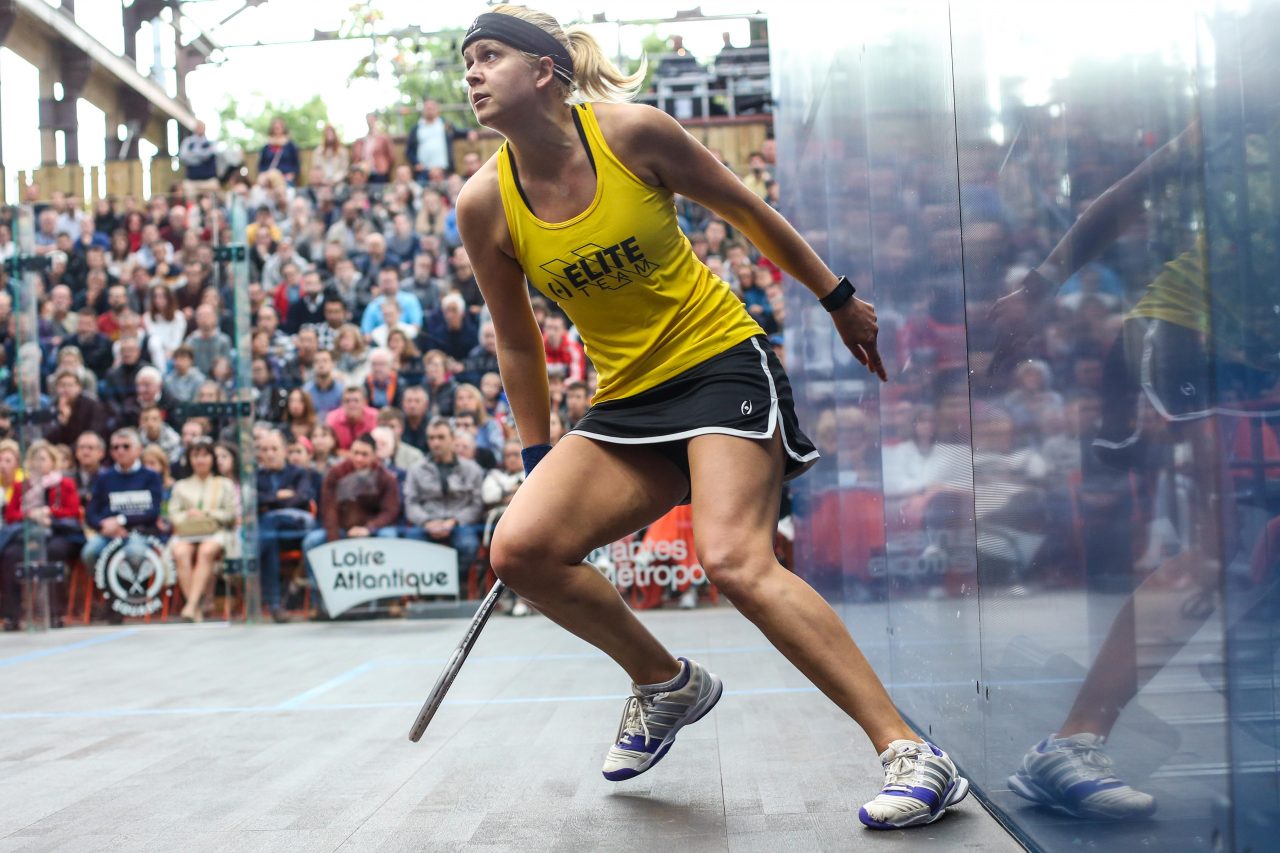 One of the key goals of the Open International de Squash de Nantes is to showcase the city of Nantes with the tournament taking place in some of the most eye-catching locations in the city in previous years, including Les machines de l’île and the Cité Internationale des Congrès and Moverley can’t wait to play in this year’s stunning venue – the Théâtre Graslin.

“The venue last year was pretty special; the atmosphere was amazing. It will be different at an indoor venue but the pictures I’ve seen look amazing and I’m sure the crowd will be equally as fantastic. Hopefully I can get them on my side cheering for me too.”

For many of the players competing this tournament will represent their first of the 2018-19 season and Moverley insisted that she feels in good form heading into the new season.

“I feel excited to be starting a new season. My off season has been good, and I feel in great shape and I’m confident I’m ready for the season ahead.

“Summer training can be quite long, and you miss competing so I’m itching to get back out on court.”

The Open International de Nantes features both a 24-player men’s draw and a 24-player women’s draw with the top eight seeds – Moverley included – receiving a bye into the second round.

The World No.24 will get her tournament under way against either wildcard France’s Marie Stephan or South Africa’s Milnay Louw, while the women’s draw also contains the likes of England’s Emily Whitlock, Belgium’s Nele Gilis and Egypt’s Nadine Shahin.

The Open International de Nantes will be the first tournament of the 2018/19 season to be shown on SQUASHTV (Rest of World) and Eurosport Player (Europe only), with matches at the Théâtre Graslin broadcast live.

Tickets start from €9 and can be purchased from the Open International de Squash de Nantes website.