Reigning Nantes champions are shattered at the Chateau

Alan Thatcher September 11, 2019 No Comments on Reigning Nantes champions are shattered at the Chateau 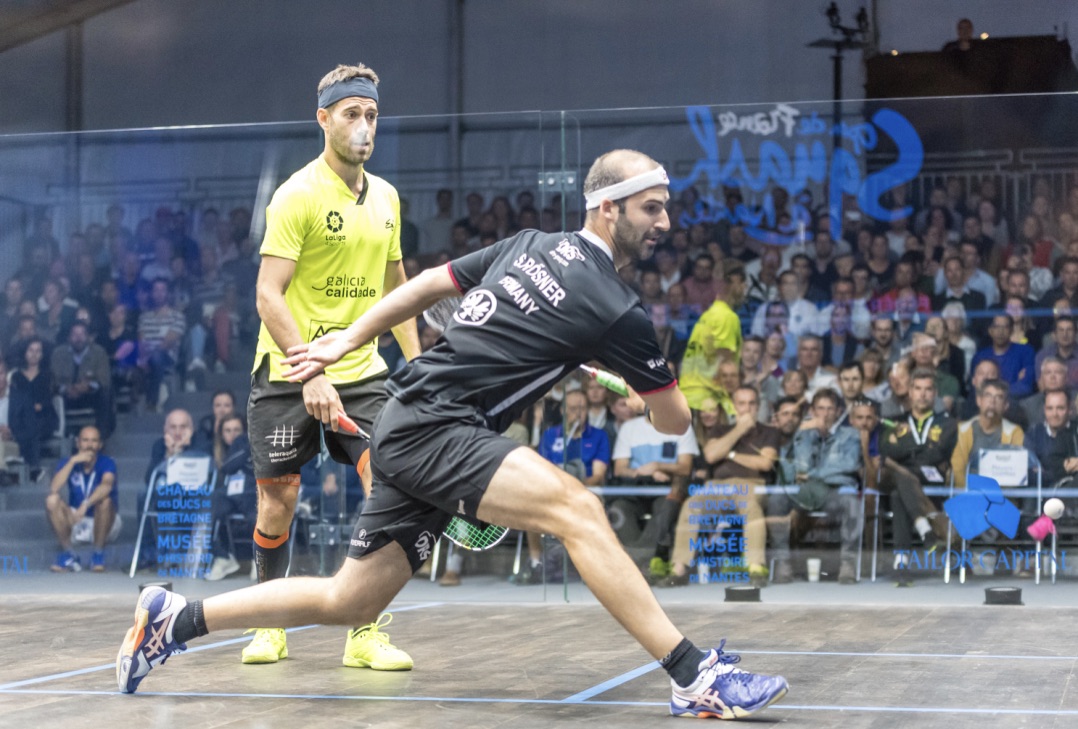 Both Nele Gilis and Declan James, the winners of the last year’s titles, are out of this year’s Open de France – Nantes, after being beaten by England’s Emily Whitlock and France’s Mathieu Castagnet at the spectacular Chateau des ducs de Bretagne. 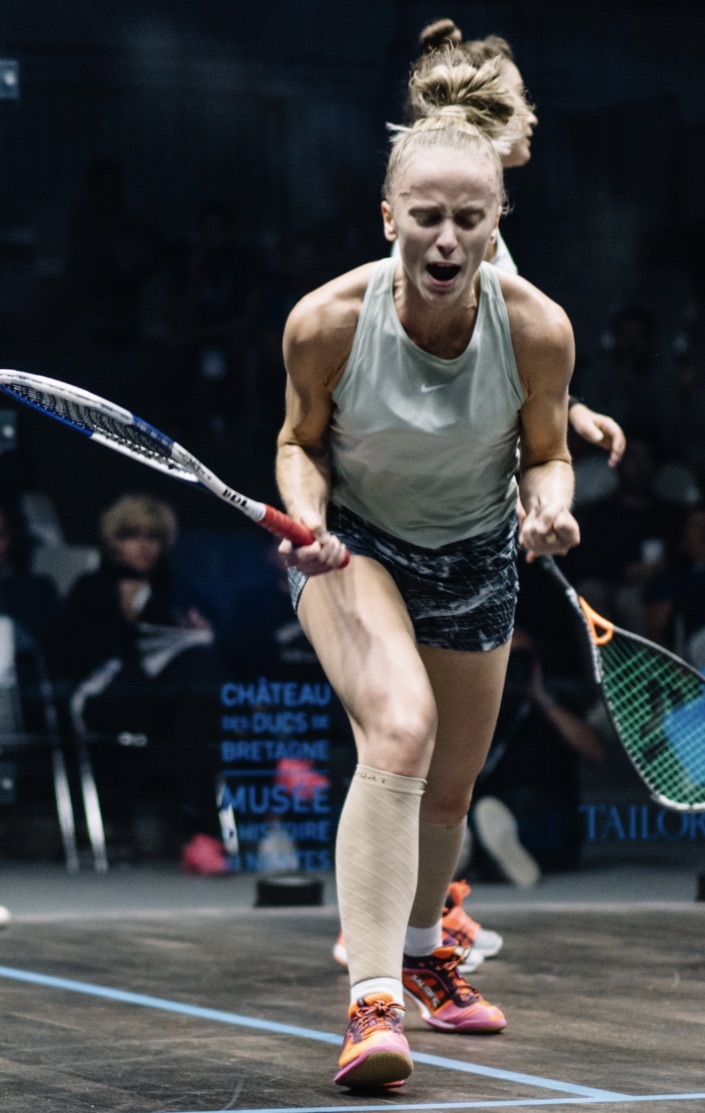 England’s Whitlock is through to the quarter finals of this year’s Open de France – Nantes after beating defending champion Gilis in a repeat of last year’s final.

The pair met in the final of the 2018 Open International de Squash de Nantes with the Belgian winning a five-game thriller in 72 minutes, but it was the Englishwoman that took victory here.

Once again it went all the way, the only difference being that this clash came under the best-of-three format. Whitlock won the first game quite comfortably, allowing the reigning champion to take just three points.

However, the World No.18 came fighting back, taking the second game 11-5. She then took a six point lead in the third, but a spirited fightback from Whitlock saw her come back to win the third 11-8, booking her place in the last eight of the tournament.

“I stopped thinking after the first game, so I had to switch on and think again and I thought it was too late when I got to 7-7 [in the third]. I am just so happy and the fighting spirit is back!” Whitlock exclaimed.

“Last year I was a different player to what I am now. Physically I feel better, mentally I feel better and even if I had lost today, I was still able to move freely and run after every ball. She is so athletic and fit so win or lose, I just wanted to enjoy my time and give it everything.

“I was really relaxed today, almost too relaxed, to the point where in the third I was 7-1 down. I was thinking that I was too flat but I like it here. Even though I came second last year, I like the tournament. It is a nice city and I just want to stay a little bit longer.”

In the quarter-finals, Whitlock meets No.2 seed Sarah-Jane Perry.

Meanwhile, Mathieu Castagnet made it a pair of losses for the defending champions, as he defeated 2018 Open International de Squash de Nantes winner Declan James in three games. 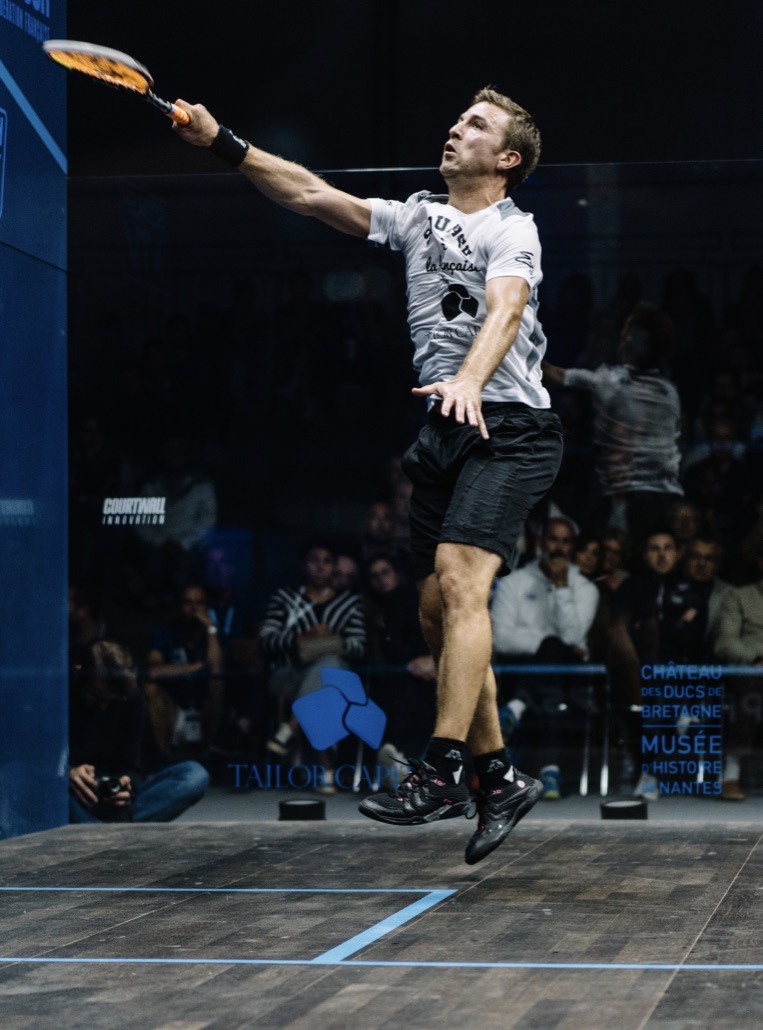 James shot out to an early lead in this second round clash, but Castagnet reeled off six straight points to fight his way back into the first game. The Frenchman went on to take it 11-7.

The second game was much tighter throughout but the Englishman was able to pull ahead in the latter stages, going on to win it 11-9 to send the match into a decider. However, it would be the Frenchman that took the victory, sending the crowd into raptures, despite the match finishing well after midnight in Nantes.

Castagnet (pictured leaping high for a volley) will now face the tournament’s No.2 seed, Paul Coll, in the quarter finals of the event, with the pair playing on the glass court on Thursday evening.

“Declan [James] is a really good player, and he is great when he is in front of you, especially when volleying. I was being really careful on his forehand volley and I tried to play a really tight game against him,” Castagnet said.

“I don’t think it was a really bad two years with all the injuries because I learned a lot of things. I learned how to train differently and how to have a better strategy. You can always find a solution to come back better. It was really special for me to train nine weeks in a row during summer so I was ready for this tournament.”

In the other two matches on the glass court, the tournament’s No.1 seeds, Camille Serme and Simon Rösner, both made it through to the quarter finals, although the latter needed a third game tie-break to advance 11-2, 16-18, 13-11 against Borja Golan in 70 minutes, the longest match of the tournament so far.

There will be a second all-American women’s clash for No.3 seed Amanda Sobhy. After beating Hayley Mendez in just 13 minutes, she now meets another US team-mate Olivia Blatchford-Clyne, who accounted for after Egypt’s Nadine Shahin. 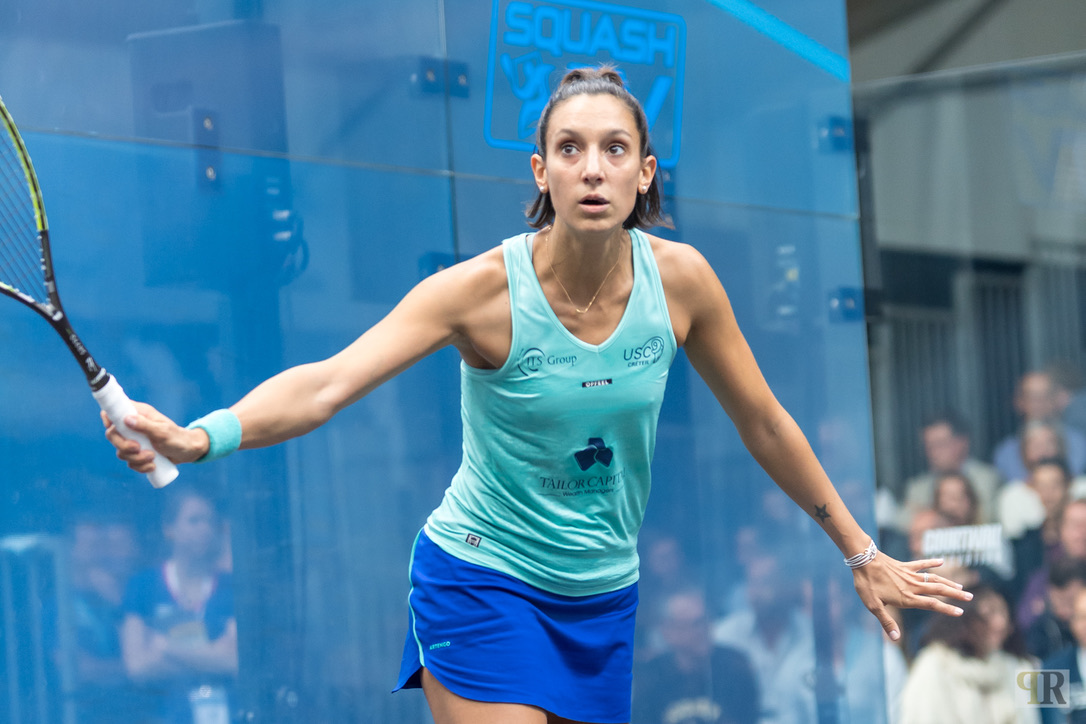