Alan Thatcher December 2, 2016 No Comments on Ritwik Bhattacharya pushes back the boundaries with cricket club success 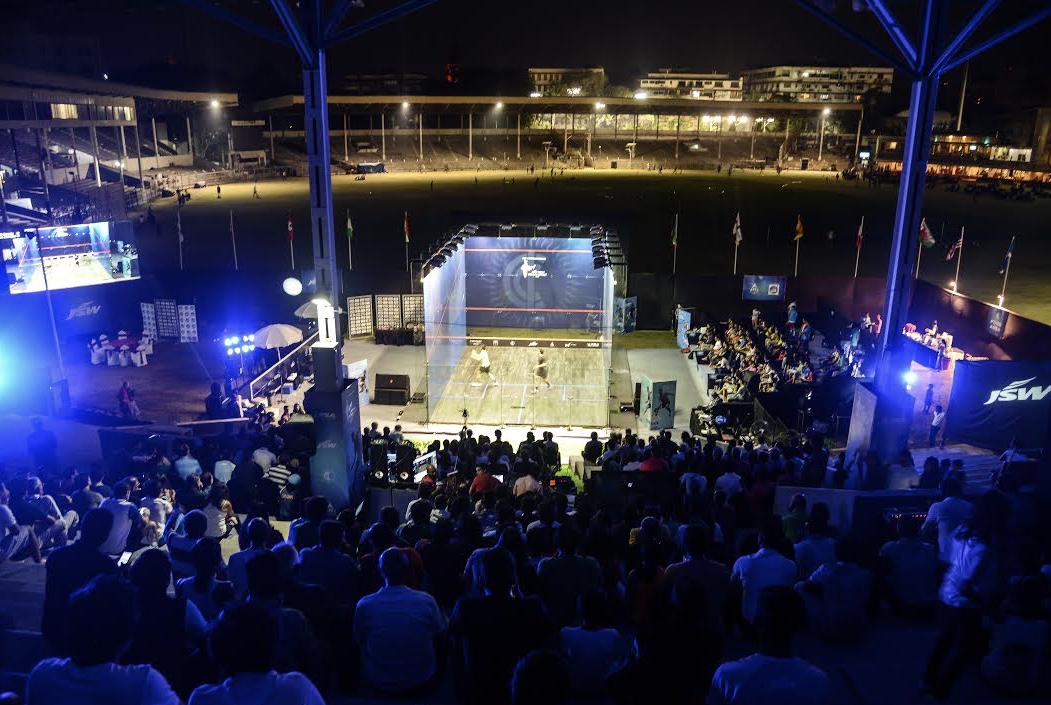 Former star is on the ball, growing the game in India

Squash in India is being given a massive injection of energy thanks to the efforts of former professional Ritwik Bhattacharya.

The staging of the $50,000 Men’s CCI International at the Cricket Club of India in Mumbai was the most ambitious project so far in his new career as a promoter, but the success of the venture suggests that many more similar challenges lay ahead.

After Fares Dessouky overcame fellow Egyptian Mohamed Abouelghar to win the final, Ritwik reflected on a week of drama on court and many months of planning to make the tournament a significant success.

He said: “It has been 20 years since we had the all glass court at the CCI. After this week there is ample proof that this city has a huge appetite for squash.

“What was really heartening was the number of kids and budding squash players at every match. Lots to be grateful for, especially as it’s been a very strong team effort which has made this possible. We are now looking forward to growing the JSW Indian Squash Circuit over the next ten years.”

How did the players and spectators respond? “The atmosphere was electrifying, to say the least. The stands were full and we had many people standing on the sides to catch a glimpse of the ‘edge of the seat’ thriller that Fares and Mohamed provided us with in the final.”

Were crowd figures all you had hoped for? “I think, with an audience of 1,000-plus, it far exceeded our expectations, which just goes to show that our efforts are in the right direction.

“The energy was palpable and it was very encouraging to see lots of young kids in the audience watching and learning from the world-class players on court.”

Will you be looking at any similar venues for future tournaments? “We are very grateful to the Cricket Club of India for their unflinching support to the tournament. We will continue to make efforts in raising the bar in the tournaments to come and hope venues like CCI continue their support to us.”

Five-times Indian champion Bhattacharya is the PSA South East Asia Representative. The 36-year-old former world No.38 from Mumbai was a PSA member from 1999 to 2011, and won eight Tour titles from 12 final appearances. He celebrated a career-high world No.38 ranking in November 2006. Originally from Delhi, he claimed the Indian National title five times between 1998 and 2005.

Bhattacharya was the driving force behind a three-year staging of the PSA World Series PSA Masters – sponsored by Indian-based engineering and construction group Punj Lloyd – which was launched in Mumbai in 2009 before moving to New Delhi in 2010 and 2011.

Indian number one Saurav Ghosal, who lost in the quarter-finals in Mumbai to Swiss star Nicolas Mueller, was happy to support Bhattacharya’s attempts to promote the sport.

He added: “It was brilliant to have an all-glass court staged inside Brabourne Stadium during the CCI International. It’s definitely a great spectacle for the squash enthusiasts of India. It was awesome playing on the glass court and I wish I could have gone deeper in the event. The tournament has grown every year and hopefully it will continue to do so!

“Ritwik, along with Raj Arora, are the only people promoting PSA events in India. The work they are doing is very important for squash in the country. I’m sure the professional players in India and all the people who love squash here, are very thankful to them.”