Alan Thatcher January 6, 2020 No Comments on Sam Todd powers through to BJO title 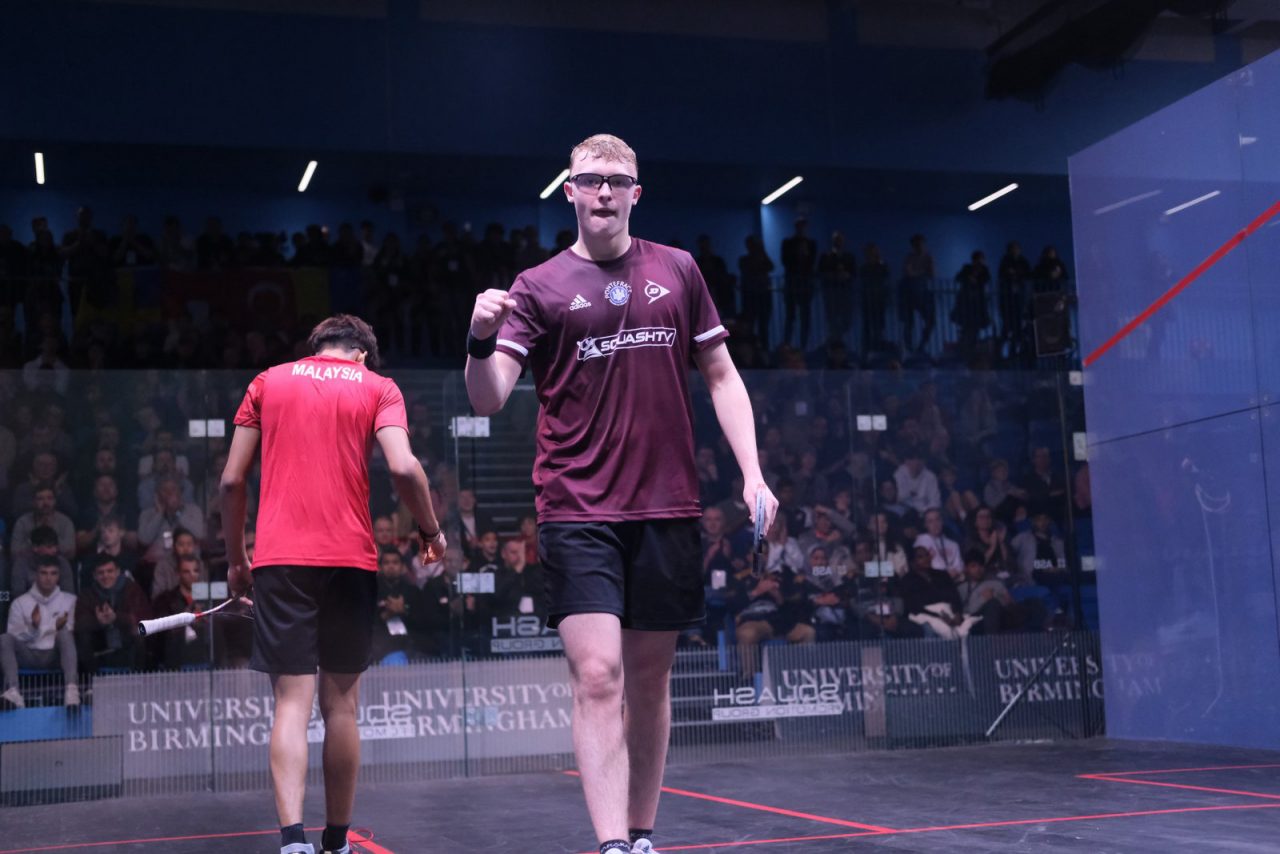 Sam Todd celebrates his under-17 title win in Birmingham

Yorkshire squash sensation Sam Todd was crowned Dunlop British Junior Open champion (BJO) for the third time as he cruised to victory in the boys’ under 17s at the University of Birmingham Sport & Fitness today.

His win represents England’s first victory in the boys’ under 17s since 2000, when fellow Yorkshireman and Pontefract team-mate – and former World no.1 – James Willstrop claimed the world’s most prestigious junior squash title.

The 2019 British National champion, who didn’t drop a game in the tournament was too clinical for Shah, toying with his opponent throughout the long rallies before delivering the killer blow. 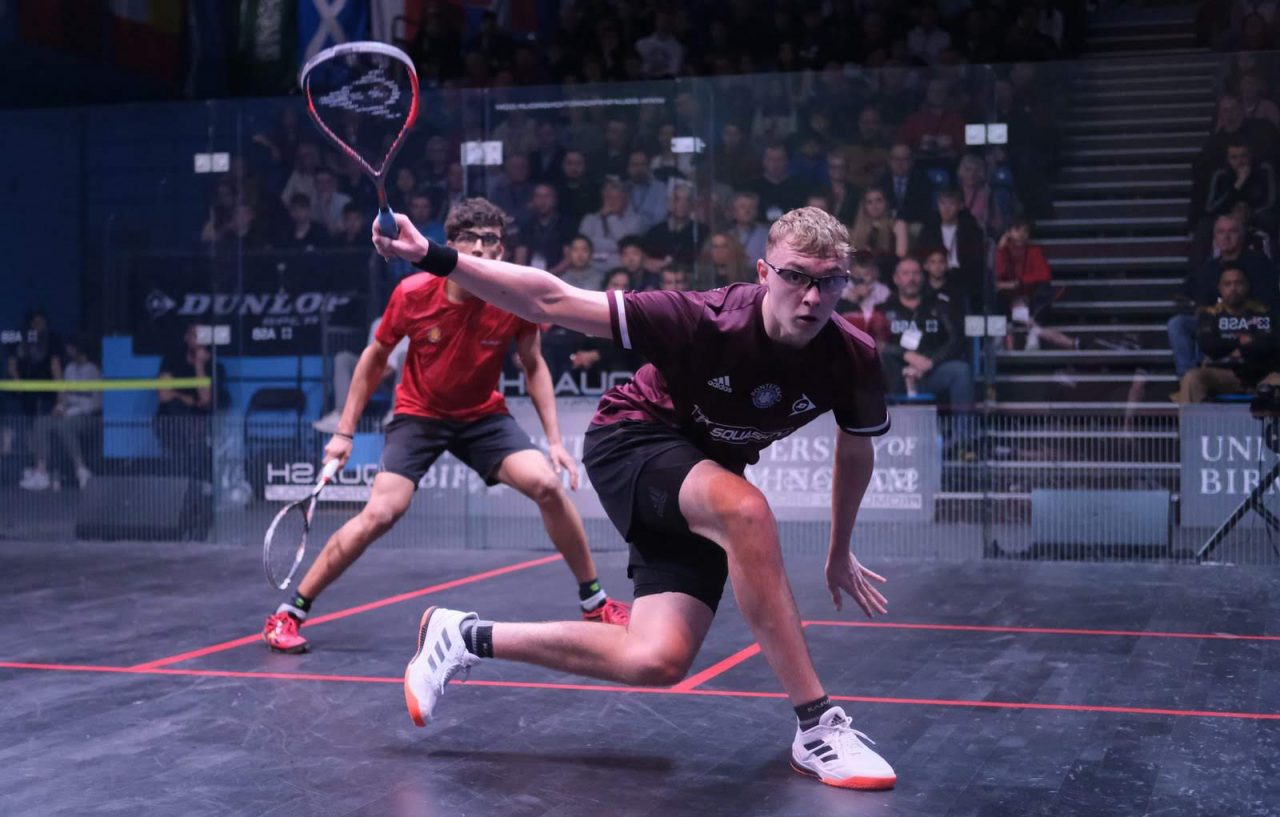 Sam Todd follows through on a backhand drive

Playing with maturity and professionalism, Todd quietly executed his game plan before offering the cameras a fist pump at the end of the match, the emotion of the moment finally setting in.

Assessing his performance, Todd said: “I was very happy with the way I played. I didn’t let him get in the match and I thought I was very solid throughout. Overall, I’m just very happy.”

Today’s Dunlop British Junior Open final was Todd’s fourth in five years, and the Pontefract-native was pleased to capture the under 17s title at the second time of asking, having lost in five games to Egyptian top seed Yehia Elnawasany last year.

He said: “This time I was the number one seed so I had more pressure on me than last time and I had to make sure that I was very focused for the match.

“I didn’t let it get tense, I had a good lead throughout and did what I needed to do today.”