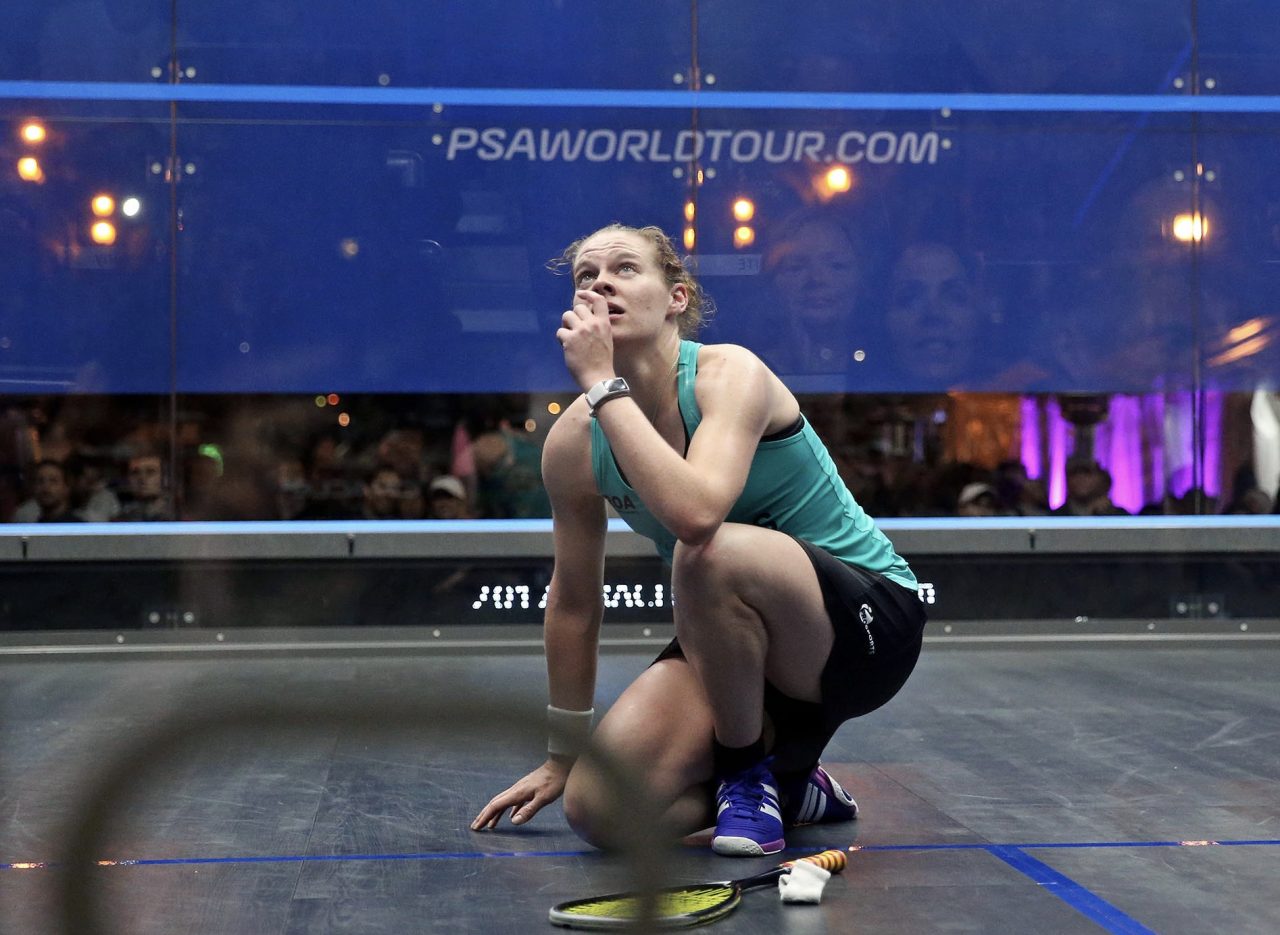 England’s World No.8 Sarah-Jane Perry will appear at the Oracle NetSuite Open, PSA World Tour Silver event in San Francisco later this week, 12 months after taking the biggest title of her career there in emotional scenes.

Perry, a runner-up in 2015, overcame compatriot Laura Massaro for the first time ever in the semi-finals of the 2017 edition, before launching an astonishing comeback from two games down against Malaysia’s eight-time World Champion Nicol David in the final to claim her most significant title to date.

What followed was an outpouring of emotion from Perry, who revealed that the death of her grandmother shortly before the tournament gave her extra determination to fight for the trophy.

“Last year was very special to me,” said Birmingham-born Perry. “It was my biggest PSA title so far and I had to fight so hard in the semis and the final.

“I was so emotional at the end because my nan passed away just before and I wanted to win so badly for her. She was one of my favourite people and she was always very proud of me, so I was determined to fight until the end.”

In addition to her Oracle NetSuite Open triumph, Perry enjoyed a fruitful 2016-17 season which saw her reach a career-high World No.6 ranking in addition to securing a place at the ATCO PSA Dubai World Series Finals for a second successive season.

The 28-year-old is targeting a top four spot by the end of the new campaign and, after a quarter-final finish at the J.P. Morgan China Squash Open earlier this month, is aiming to find her best form in San Francisco.

“History says I do well here and, whilst the draw is even stronger this year, I’m confident I can perform well and hopefully that will win me some matches,” she said.

“My goals this season are to consolidate my top eight spot and get some results against the girls above me, I would love to be top four by the end of the season. The World Championships in Chicago is obviously the main event to aim for.

“Summer training went really well, I didn’t manage to put everything into practice in China, but hopefully I can here. Consistency is something I’ve been working hard to improve, without losing my own style of play.”

Perry will begin her 2017-18 campaign in San Francisco against either World Junior Champion Rowan Elaraby or World No.15 Salma Hany in the second round after after the number five seed received a bye into the last 16.

The tournament’s largest ever prize fund of $206K is split between the men’s and women’s tournaments – both of which will feature a 24-player draw after the new PSA tour structure came into effect on August 1, while the tournament will take place on San Francisco’s Embarcadero Plaza between September 27 – October 2.

First and second round action will be played at the Bay Club Redwood Shores, Squash Zone, Bay Club San Francisco, the Olympic Club and the University Club, while the quarter-finals onwards will be held at the all-glass Oracle NetSuite SuiteSuccess court erected on Embarcadero Plaza from September 29 – October 2.

Fixtures shown on the glass court will be broadcast live on SQUASHTV (Rest of World) and Eurosport Player (Europe only).