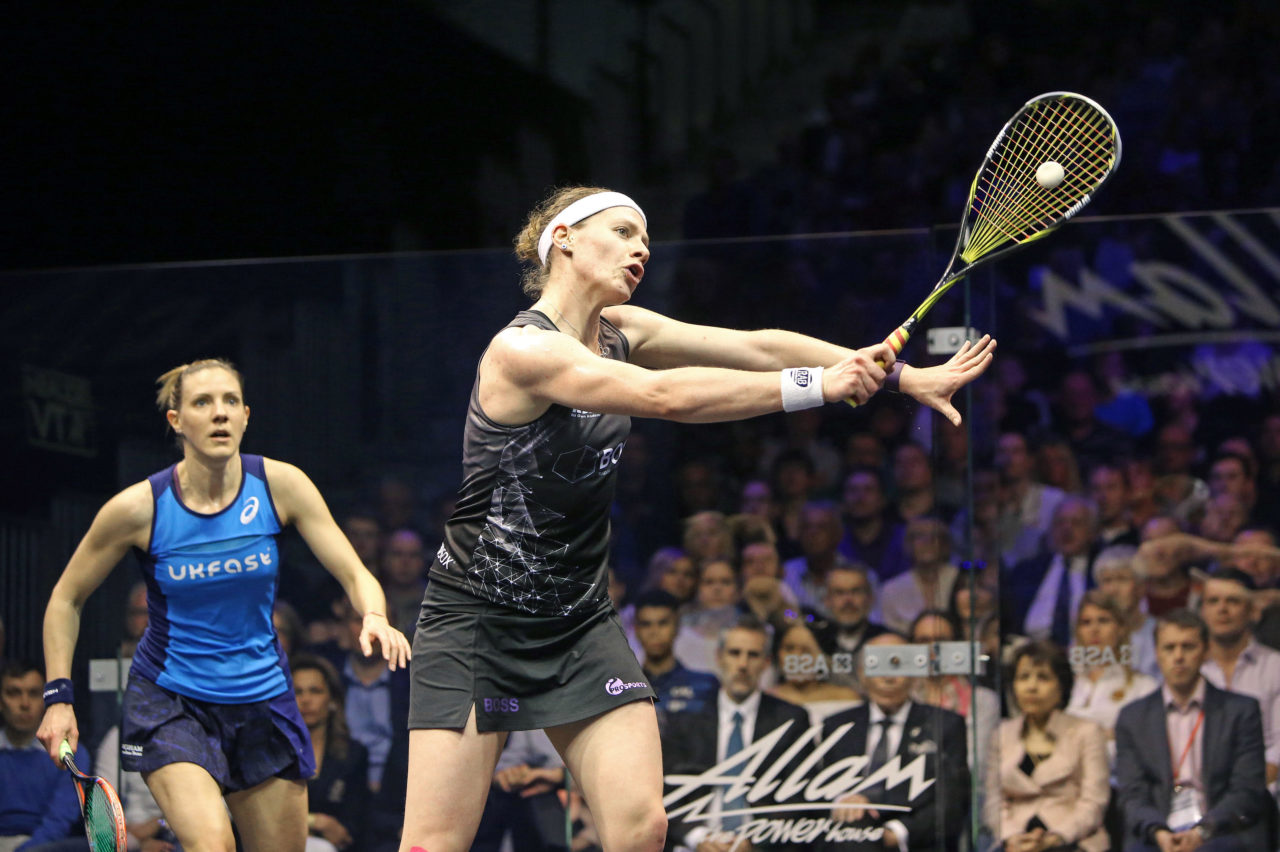 England’s Sarah-Jane Perry will compete in the lucrative season-ending PSA Dubai World Series Finals for the first time in June after a superb run to the final at the Allam British Open saw her seal a place amongst the top eight on the concluding Women’s PSA Road To Dubai Standings.

Only the top eight players on the standings qualify for a coveted place at the PSA Dubai World Series Finals – which will take place inside the Dubai Opera House from June 6-10, 2017 – where an equal £160,000 prize purse will be on offer in both the Men’s and Women’s draws.

“I’ve never been to Dubai before and never played at the World Series Finals so I’m very excited to experience it all,” said Perry.

“At the start of the season my aims were to make the top eight in the World Rankings and I’ve managed to achieve that, so to qualify for Dubai is a huge bonus. There will be no pressure on me. I’ll just go out there and enjoy the experience and try to play some good squash.

“It will be a fantastic way to end the season.”

The 26-year-old from Birmingham came through the field in Hull to defeat eight-time World Champion Nicol David and reach her first PSA World Series tournament final.

While she fell short in the final to compatriot Laura Massaro, who moves up to third on the standings, it was enough to see Perry secure seventh place in the standings and a trip to Dubai.

With American Amanda Sobhy ruled out for the remainder of the season due to injury, a third English player, Alison Waters, moves up to occupy the No.8 spot and the last berth in Dubai, joining Egyptian trio Nour El Sherbini, Raneem El Welily and Nouran Gohar.

“The 2016 World Series Finals was such a good event and I’m sure we will all have another brilliant week there this year,” said 2016 champion Massaro.

“As an English player its also great to see Alison and SJ qualifying. There will be a real mix of style and skills among the players so it should be another great event.”

Despite a disappointing second round exit at the British Open, World Champion Karim Abdel Gawad maintains his position at the top of the Men’s Road To Dubai Standings with one qualifying event, April’s El Gouna International, still to play.

Gawad’s feats so far this season have guaranteed him a place in Dubai alongside British Open winner Gregory Gaultier, World No.1 Mohamed ElShorbagy and 36-year-old Nick Matthew – runner-up in Hull.

Former World No.1 James Willstrop and Egyptian duo Marwan ElShorbagy and Ramy Ashour are all but confirmed to make the journey to the Middle East – although they aren’t mathematically certain to finish in the top eight – while Germany’s Simon Rösner faces a tough battle for the last qualifying spot.

Rösner, who takes on Borja Golan in a banana-skin opener in El Gouna, sits on 130 points, just 10 ahead of Ali Farag with Max Lee and Aussie duo Ryan Cuskelly and Cameron Pilley hot on their heels on 100 points.

Road To Dubai standings after the British Open 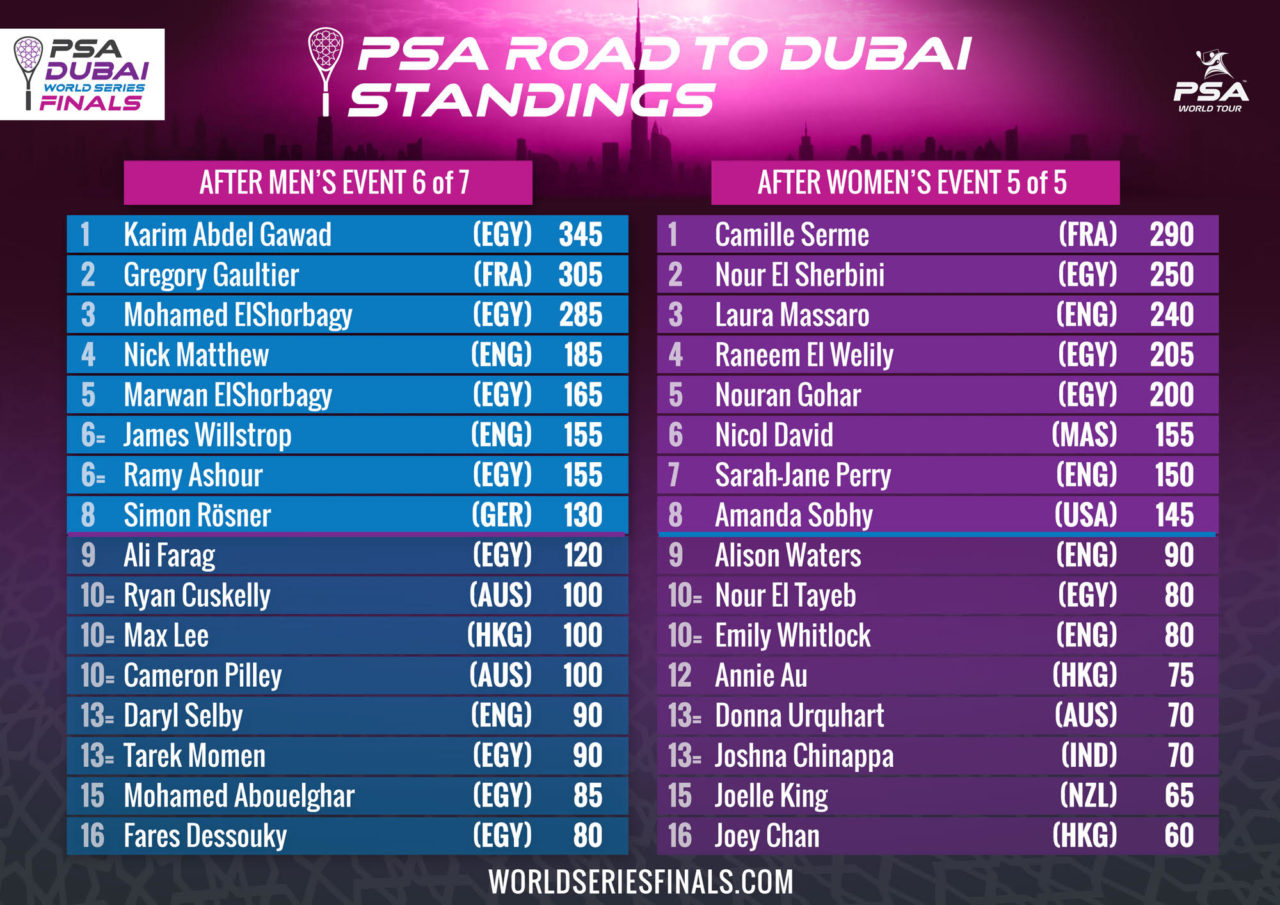