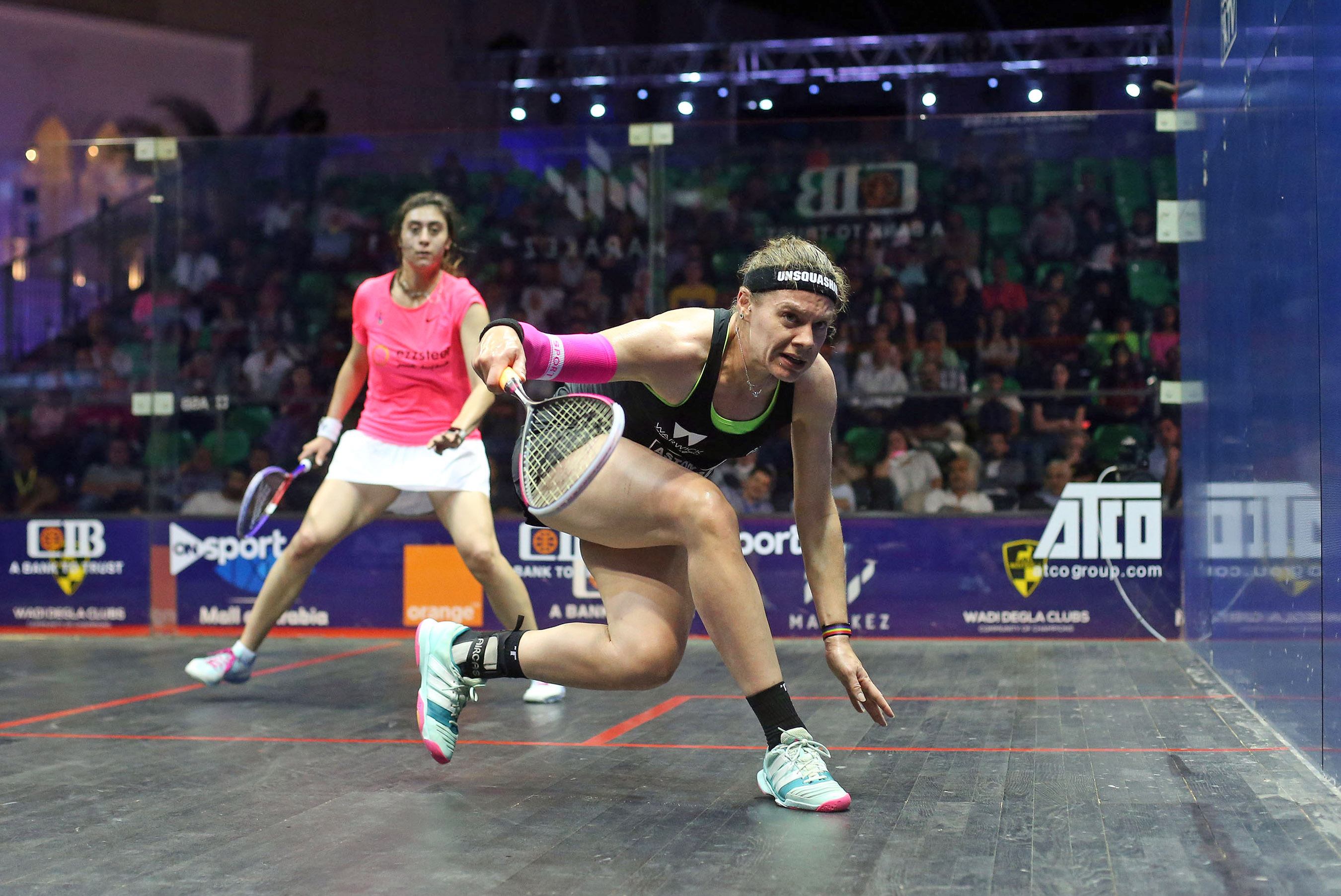 The opening day of the 2018-2019 CIB PSA World Tour Finals saw defending women’s champion Nour El Sherbini fall to a surprise defeat against England No.1 Sarah-Jane Perry as the season-ending tournament got under way at Cairo’s Mall of Arabia.

The PSA World Tour Finals is the final tournament of the PSA World Tour season, with the first four days featuring round-robin matches during the group stage. Fixtures are held using a best-of-three games format and Perry marched into first place in Group B as she claimed a 2-0 victory over the World No.2.

It was the Egyptian who started stronger in both of the games, going 8-5 up in the first before losing six points in a row, while she held a 9-3 advantage in the second. But Perry soon whittled down that lead as she found her accuracy and range to devastating effect to make it three wins on the bounce against her opponent after wins at the Hong Kong Open and last month’s Allam British Open.

“I just relaxed and remembered that there wasn’t any pressure on me,” said 29-year-old Perry.

“I remember playing her on this court in Gouna a couple of years ago, and I got an absolute lesson and have had a few of those over the years. It makes it a bit of a bonus being here at the end of the season following my [elbow] operation, so I’m just trying to seize any opportunity that comes my way on the court.

“You can’t afford to have a bad start and you can’t afford to go 9-3 down in any game. I didn’t think about winning that game when I was 9-3 down, I just tried to play my way back in because I knew how important the third game was.” 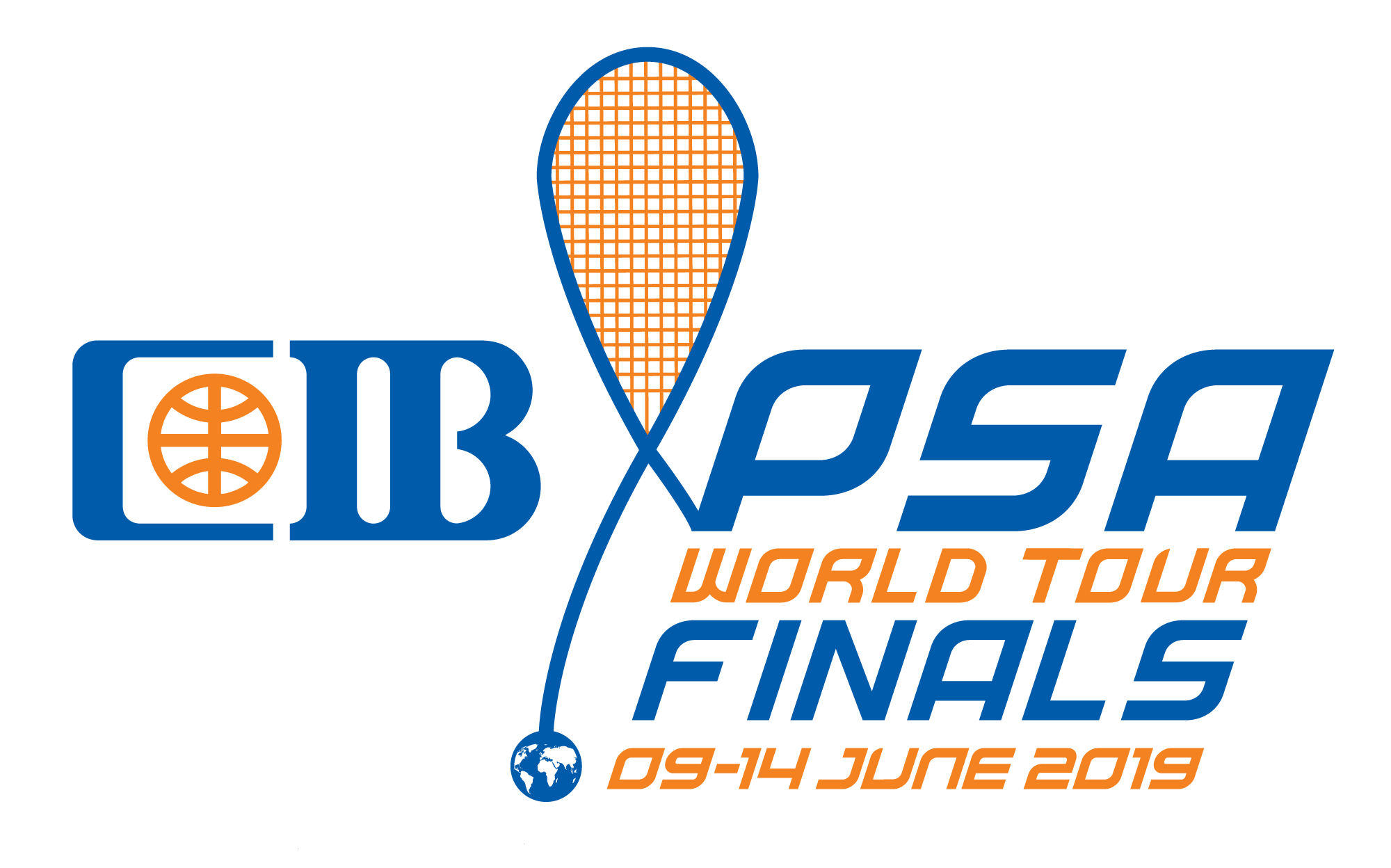 Perry takes the maximum four points on offer to top Group B, with the other two players in Group B – Nour El Tayeb and Nouran Gohar – set to meet tomorrow.

Fresh from winning a quartet of awards at the PSA Awards dinner last night – including the PSA Women’s Player of the Year – El Welily was in dominant form as she swept her opponent aside, with the Alexandria-born 30-year-old moving top of her group.

“As Egyptians we are very lucky to be playing the last tournament at home and not having to travel on a plane,” said El Welily.

France’s Camille Serme sits in second in Group A after she defeated New Zealand’s Joelle King. All three games went to tie-breaks as both played to an intense tempo in Cairo. However, it was the Frenchwoman who was able to hold her nerve and close out as she claimed a 12-14, 12-10, 12-10 victory in 55 minutes. The 2-1 win means Serme takes three points, while King also claims a point as she moves into third place.

Defending men’s champion Mohamed ElShorbagy overturned four match balls as he defeated Peru’s Diego Elias to take a 2-1 victory, meaning he finishes the day in second place in Group B.

All four of their previous matches had gone the distance to five games, and despite the best of three format, crowds at the Mall of Arabia were treated to a spectacular 63 minute affair which saw ElShorbagy take a nail-biting third game by a 17-15 margin.

“We both had a lot of match balls,” said 28-year-old ElShorbagy. “Matches like this, every time we play each other it always goes down to the wire. He’s a great player and I always say that he is going to beat us all one day and I’m going to try and make it as late as possible, but one day he is a future World No.1 and a future World Champion.”

ElShorbagy sits level on three points with World No.3 Tarek Momen, but has a lower percentage of points won, meaning Momen ends the opening day top of Group B courtesy of a 6-11, 11-3, 11-8 victory over Germany’s World No.5 Simon Rösner.

Meanwhile, World No.1 and last year’s runner-up Ali Farag got off to a winning start in Group A as he toppled fellow Egyptian Mohamed Abouelghar in straight games.

Farag, the reigning World Champion, finished top of the men’s PSA World Tour Finals Leaderboard and is looking to cap off an incredible season that has seen him win six PSA World Tour titles.

He took maximum points on offer as he earned a 12-10, 11-9 triumph to put himself on the verge of securing a semi-final spot, with the top two from each group qualifying for the last four.

“I’m still learning a lot about myself,” Farag said. “Coming into this tournament, I knew I needed a bit of a rest, and I didn’t need to train any more as it has been a long season, and I had to be smart with my head and body. I took a couple of days off by the beach and did some exercises away from squash which was needed, and I think that made me sharp ahead of this tournament.”

The CIB PSA World Tour Finals continues tomorrow (June 10) when the likes of British Open champion Nouran Gohar and New Zealand’s Paul Coll get their tournaments under way. Live action will be shown from 19:00 (GMT+2) on SQUASHTV (rest of world), Eurosport Player (Europe only) and the official Facebook page of the PSA World Tour (excluding Europe & Japan). 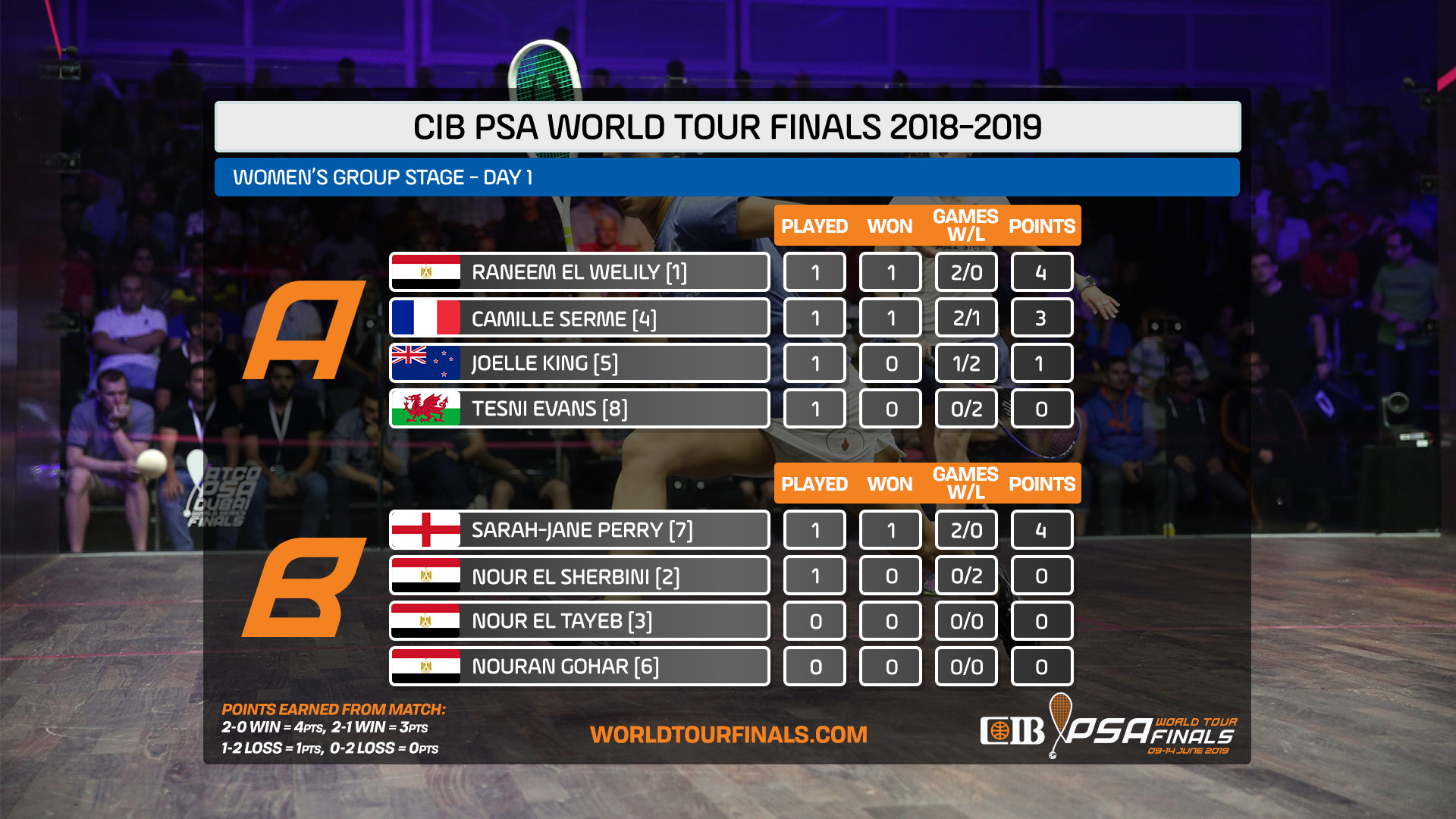 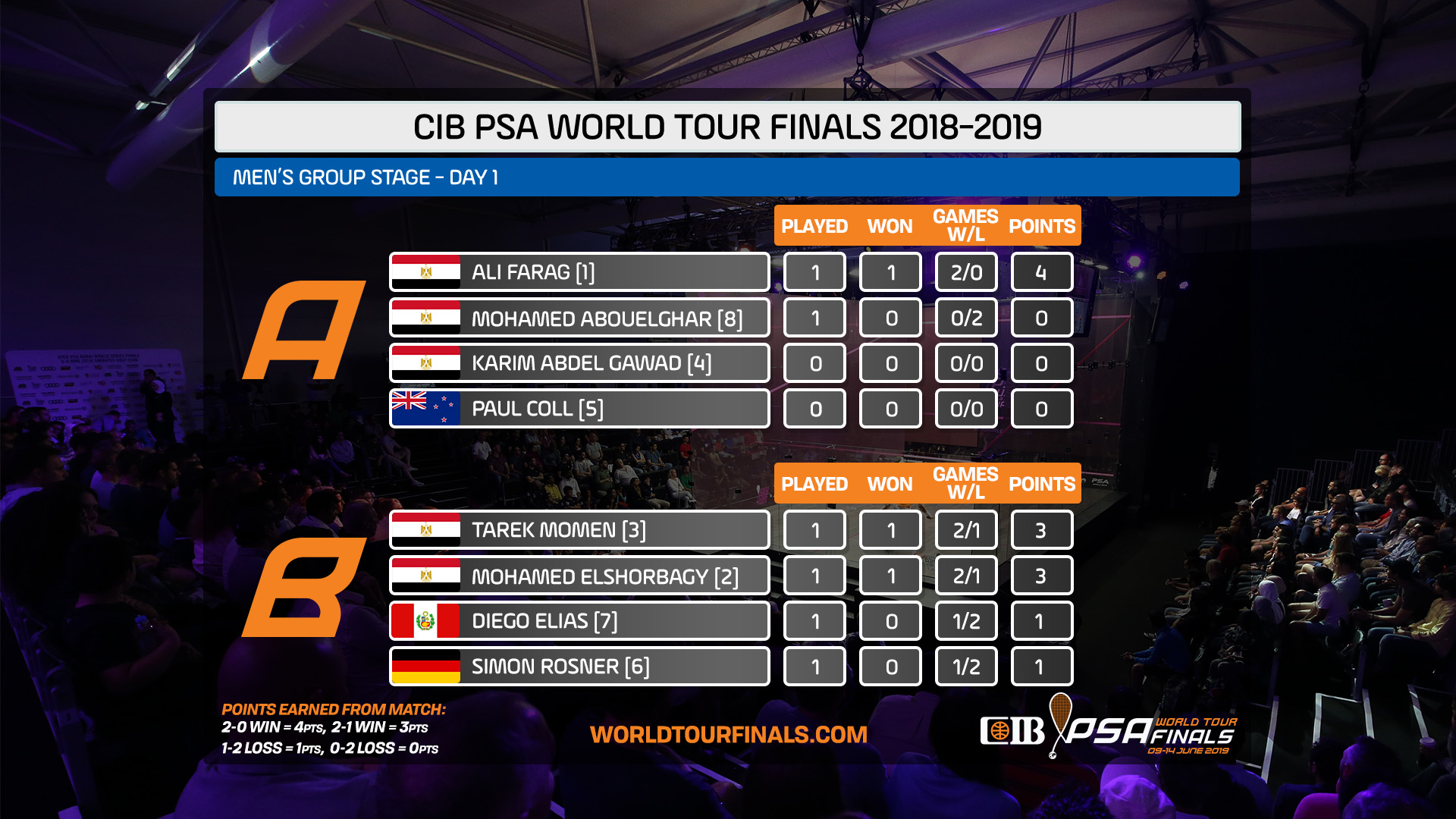