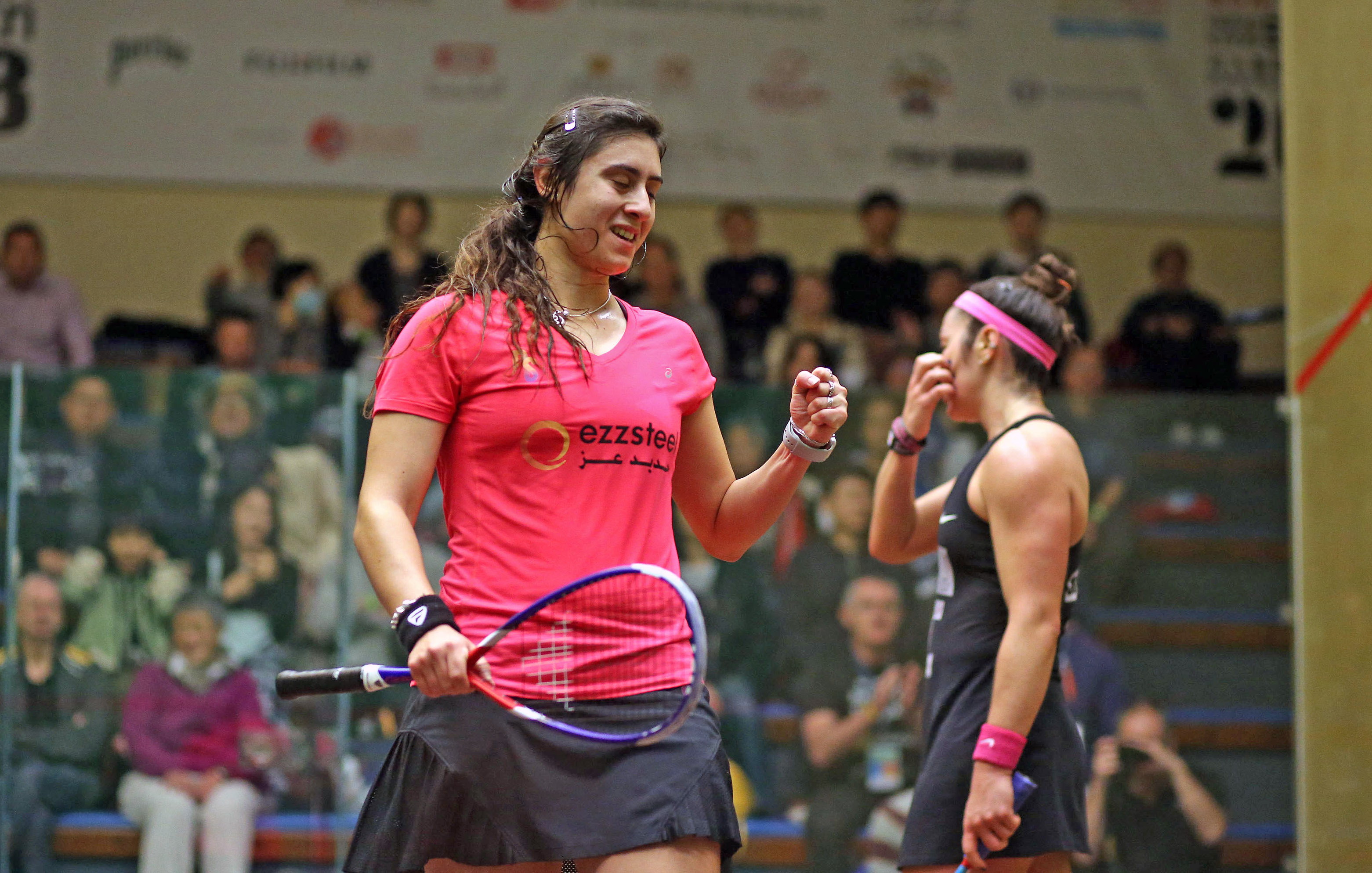 El Sherbini – who will surrender her World No.1 spot to compatriot Raneem El Welily if the older Egyptian equals or surpasses her results at this tournament – came out firing as she swiftly took a two-game lead, only to see a resurgent Sobhy come back in the third game to halve the deficit.

The American World No.13 continued to be the aggressor as she went two game balls up in the fourth, but she was unable to convert as El Sherbini came back to force a tie-break, before an error from Sobhy handed the win to the Egyptian.

“Amanda was top 10 and then she had her injury, but she’s back and playing so well… I’m sure she will be back there very soon,” said El Sherbini. 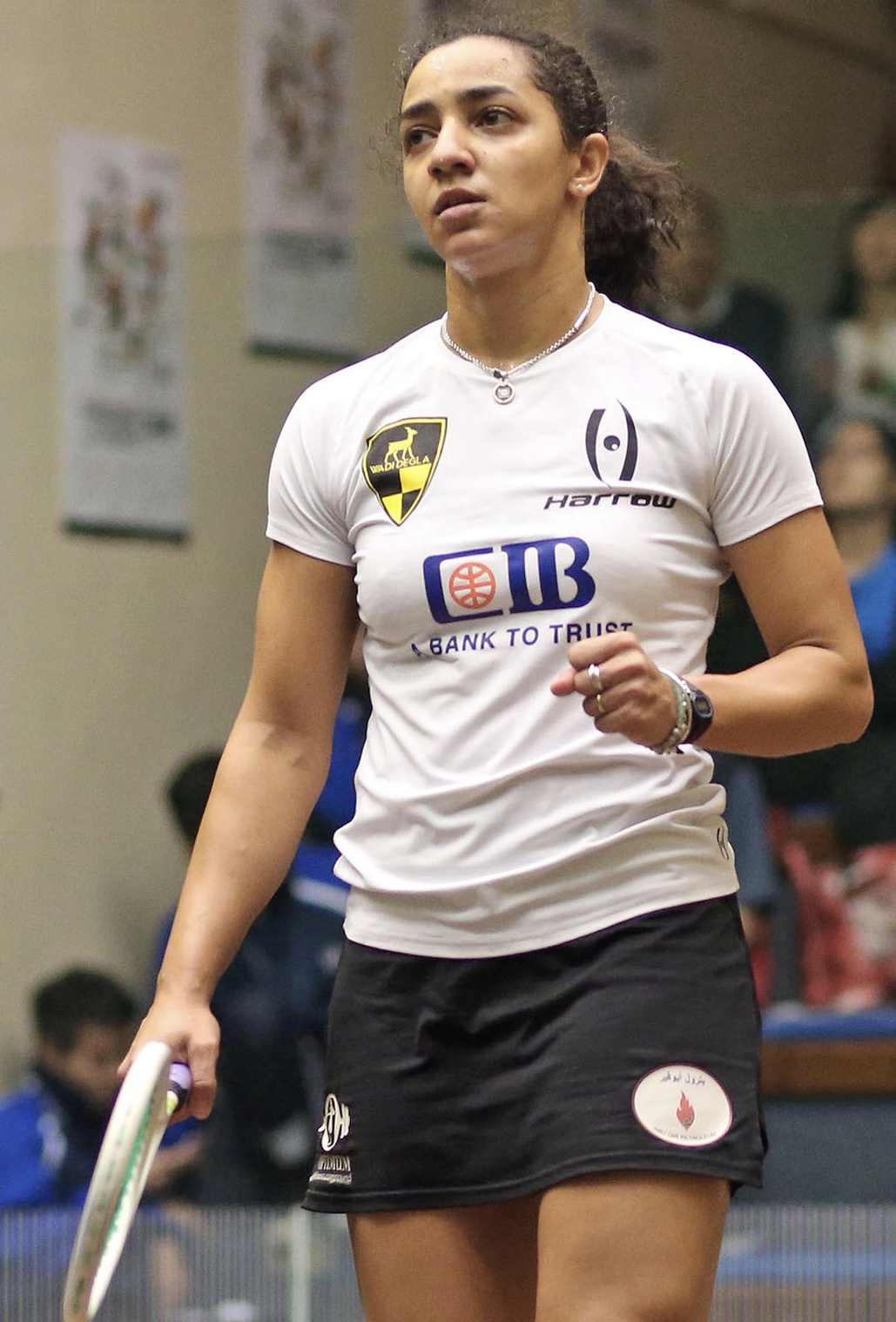 “It’s a very tough draw for me to play face her in the second round – it’s very early – but I just tried to be focused from the start and had a good plan.

“She came back very strong. In the fourth I had match ball and she had a couple of game balls, so I had to be strong mentally to finish the match. I think I played well and I’m excited to move to the other court.”

El Sherbini will come up against World No.6 Sarah-Jane Perry for a place in the last four after the Englishwoman mounted a superb comeback from two games down against in-form Welsh player Tesni Evans. Perry won the crucial third game and then took control against a tiring opponent to win 7-11, 15-17, 11-8, 11-3, 11-4 in 78 minutes, the longest match of the day.

El Welily (right) booked her place in the quarter-finals courtesy of a 3-1 triumph against England’s Victoria Lust which saw the World No.2 come from a game behind to win to set up a fixture with home favourite Joey Chan in the next round.

“I remember playing Joey here a few years ago and it was very close and a very good match,” said El Welily. “I’m looking forward to playing her again tomorrow and she must be playing really well this week. It’s always nice to have a crowd whether they are with you or against you. We have played many times in Egypt when the crowd is on our side, so it’s only fair that we play in other locations. The crowd here is really fair and they all like a good match.”

Chan’s victory over Yathreb Adel ensures that she will be the only player from Hong Kong to move through to the quarter-finals, while World No.3 Nour El Tayeb defeated India’s Joshna Chinappa.

World No.4 Camille Serme and Egypt’s Nouran Gohar were the other victors in the women’s draw. Serme ended the run of England’s Millie Tomlinson – who sent 10-time winner Nicol David crashing out yesterday – while Gohar got the better of World No.11 Alison Waters. 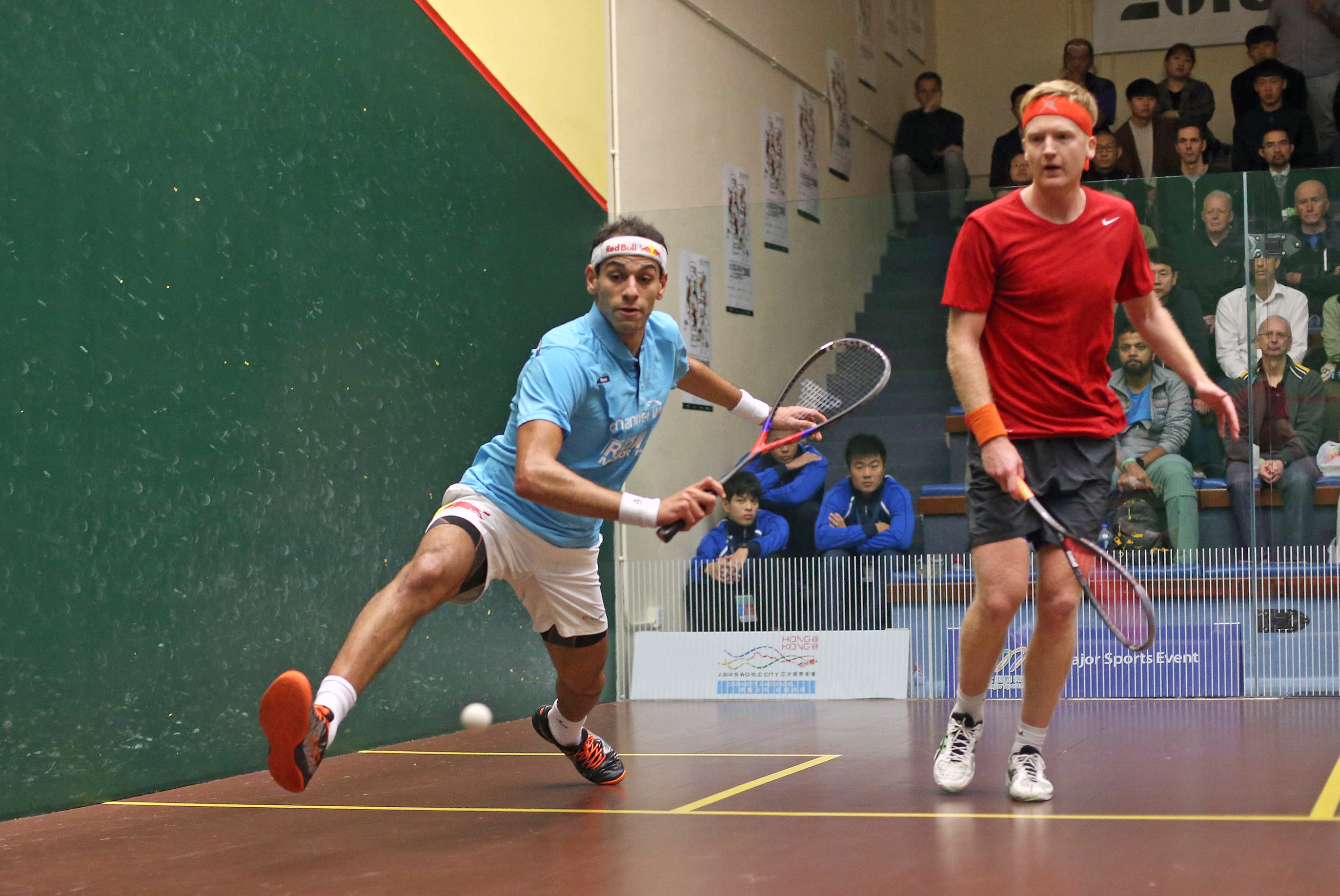 The top eight seeds moved into the quarter-finals of the men’s event as 2017 finalists Mohamed ElShorbagy and Ali Farag continued their title charges with respective wins over England’s Tom Richards and Peru’s Diego Elias.

Defending champion ElShorbagy swept to a 3-0 win against Richards in 31-minutes, with his electrifying pace of hitting enabling him to outgun the Englishman by an 11-6, 11-7, 12-10 scoreline.

“I’m really happy,” said ElShorbagy afterwards. “Tom has been playing really well this season and has had a lot of good wins. He is definitely back to where he was at his best level again and I had to be sharp from the first point. Overall, I’m really pleased with my performance. It’s such a big bonus to get into the quarters and win the match in three.”

New Zealand’s Paul Coll awaits ElShorbagy in the next round after he got the better of England’s Declan James in an hour-long battle which finished with Coll winning the third and decisive game 12-10. Farag will line up against fellow Egyptian Karim Abdel Gawad as he aims to extend his four-match winning streak over the Egyptian.

“I’m very pleased,” said Farag afterwards. “He’s [Elias] full of confidence after beating the World No.1 [in Qatar] and then Saurav yesterday. If I started a little slower then maybe he would have grown in confidence so to get off to that good start was crucial.” 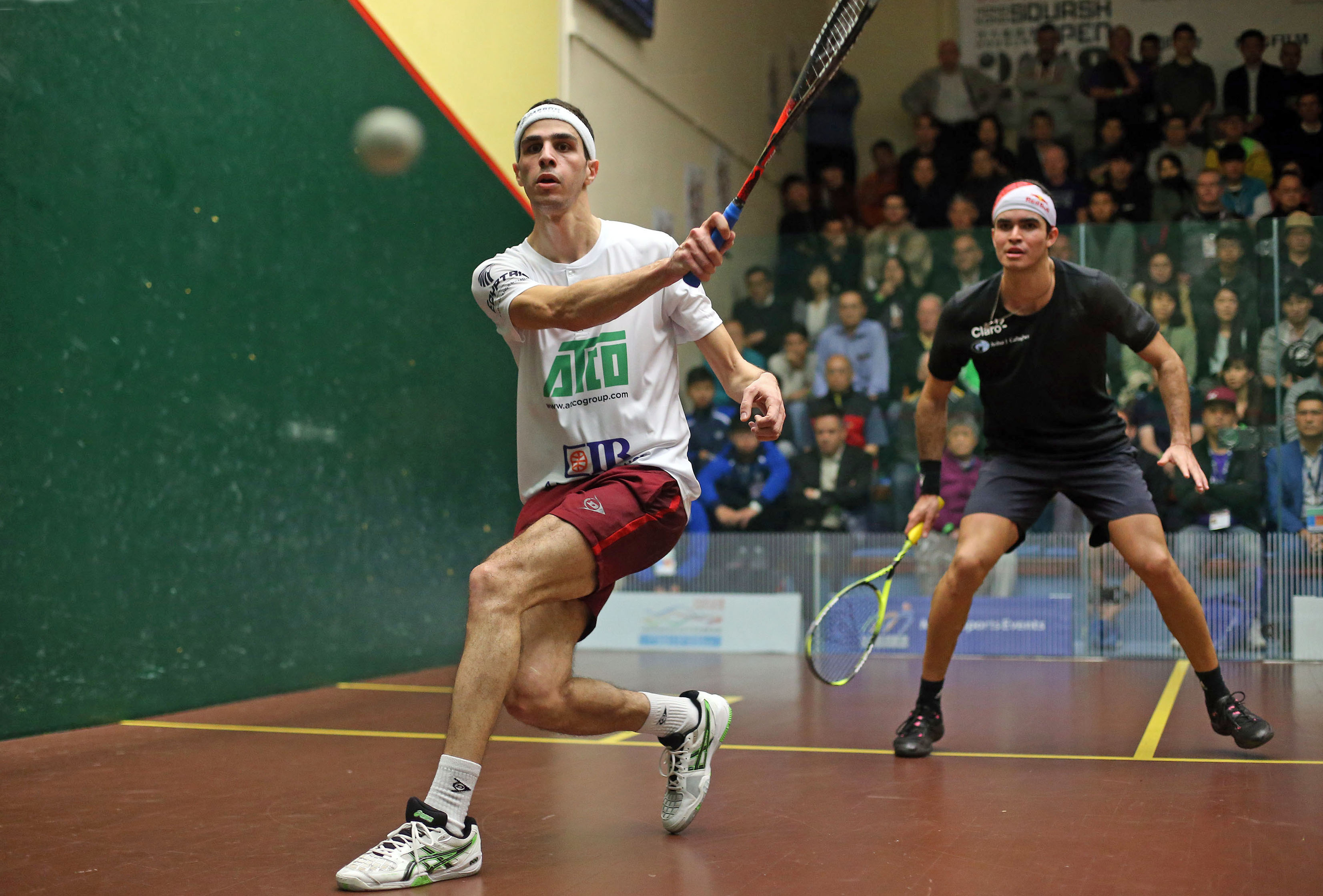 Ali Farag (left) in the driving seat against Diego Elias

World No.4 Tarek Momen will take on World No.10 Mohamed Abouelghar for a place in the semi-finals after respective wins over Germany’s Raphael Kandra and Malaysia’s Eain Yow Ng, while Colombia’s Miguel Angel Rodriguez and Germany’s Simon Rösner will contest the other men’s quarter-final.

The action moves over to the Hong Kong Park Sports Centre for the quarter-finals on Friday November 23 and play will start from 12:00 (GMT+8). The action will be shown live on SQUASHTV (Rest of World) and Eurosport Player (Europe only).