Guest Contributor January 15, 2020 No Comments on Serme Ends Losing Streak to Send World No.1 El Welily Out of J.P. Morgan Tournament of Champions 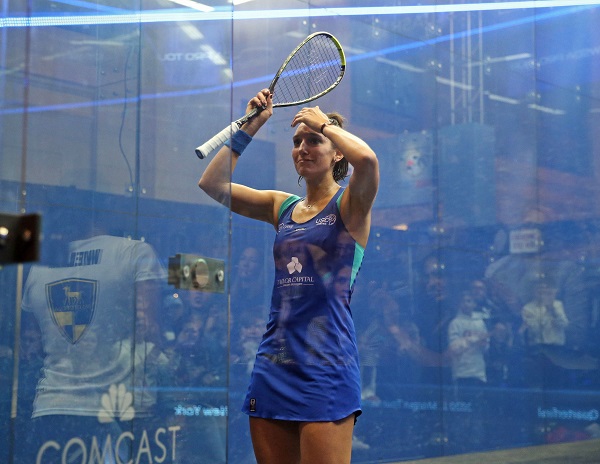 Serme hadn’t beaten El Welily over a best-of-five games format since January 2013 and had only prevailed in three of their previous 20 encounters, surrendering a two-game lead the last time they met in the title decider of June’s CIB PSA World Tour Finals.

“It’s funny because today I was the challenger and she had the pressure,” said an emotional Serme afterwards.

“It’s kind of easier to play your best squash because you think you have nothing to lose. You play free and I proved to myself that I can play those shots as well as they can do.

“It’s the kind of match you want to enjoy, I’m playing the World No.1 here in Grand Central, it’s going to be a great match. Raneem is the fairest player on tour so you know it’s going to be a clean and good match. I just enjoyed it so much and it’s not that often I beat Raneem, I think it’s only the fourth time in my career.”

2017 Tournament of Champions winner Serme will line up against another Egyptian, World No.3 Nouran Gohar, in the semi-finals after Gohar overcame England’s Alison Waters in straight games. 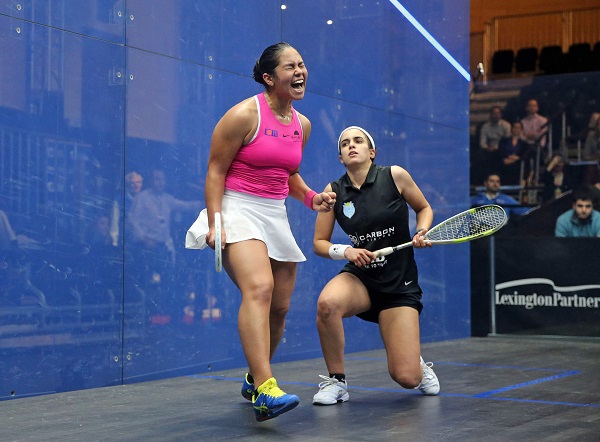 Meanwhile, 2018 runner-up Nour El Tayeb saw her tournament come to an end after a surprise defeat to World No.14 Salma Hany in their third round encounter.

El Tayeb had won all four of their previous meetings but looked out of sorts despite winning the opening game as Hany executed her game plan to perfection, The 23-year-old hit good lines and dominated the ’T’ to take away attacking opportunities from the World No.4 and she was rewarded with an 8-11, 11-9, 11-7, 11-9 victory to claim her first win over a player ranked inside the world’s top five.

“Nour is an amazing player and obviously she has been chopping me the last few times,” said Hany afterwards.

“Everyone knows that Nour can hit any shot from anywhere on the court, so I was just trying to minimise her options as much as I could. I didn’t feel like I did much wrong in the first, maybe I levelled up my accuracy a little and I stuck to the plan. She is such a fighter and kept coming back stronger and stronger in the fourth, but I’m glad I managed to get the win.”

Hany will clash with New Zealand’s Joelle King in the last eight, with King coming through to win in four games against India’s Joshna Chinappa.

US hopes were extinguished in the women’s event as US No.2 Olivia Blatchford Clyne went down to defending champion Nour El Sherbini, while Sabrina Sobhy saw her run come to an end against England’s Sarah-Jane Perry. El Sherbini and Perry will clash in the quarter-finals, with Perry aiming to extend a three-match winning run over the World No.2. 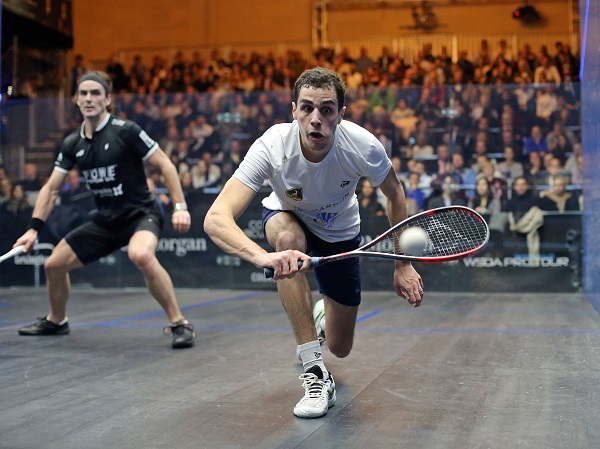 Defending champion Farag was firing on all cylinders in the opening two games as Coll looked off the pace, but the Kiwi came out a different player in the third and fourth and dominated to level the scores. However, at 6-4 up in the decider, Coll’s attacking shots began to find the tin and Farag rattled off seven points in a row to complete the win.

“The ball was quite bouncy, so I couldn’t really going for those killing shots I just had to move it around and try to dominate the ‘T’ area which I think I did well for the first game and part of the second game. In the third he came out more aggressive and hitting shots with the racket, getting in front of me for most of the time and what I didn’t like at the end of the third and for the fourth was my body language.

“I don’t mind losing at all but I mind losing without a fight. I wasn’t really putting on a good fight, so Karim [Darwish] told me if you are to lose just have good body language and push – if it doesn’t happen, it doesn’t happen but then at least you will have no regrets.” 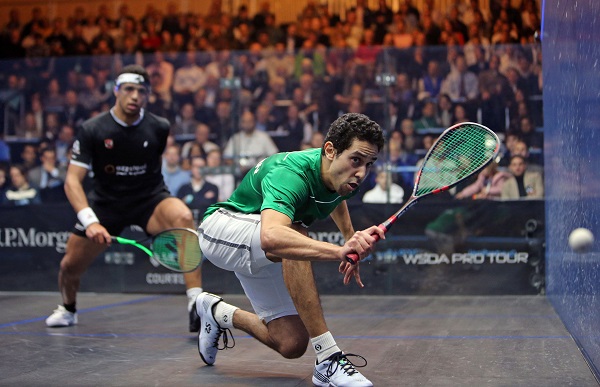 Momen, who lost that World Championship final before going one better against Coll in Qatar in the final of the 2019-20 World Championship eight months later, put in a masterclass of attacking squash to beat Asal 11-8, 11-2, 11-5. The World No.3 will now look to avenge his 3-0 defeat to Farag in last year’s Tournament of Champions semi-final.

“I’m definitely happy to get through in three games,” said Momen.

“I’ve known Mostafa probably since he was born. I think I finished my junior career when he was just four or five years old, and to be honest I never thought I’d be competing against him, I always thought I’d have retired before he even joined the PSA. Kudos to him, he has done impressively well to improve and reach that level where he is actually competing on a big stage like this.”

The quarter-finals continue tomorrow from 17:00 (GMT-5) onwards, with live action being shown on SQUASHTV (rest of world), Eurosport Player (Europe only) and the official Facebook page of the PSA World Tour.

Draw – Men’s Quarter-Finals (Bottom Half): To Be Played January 15th

Draw – Men’s Semi-Finals (Top Half): To Be Played January 16th

Draw – Women’s Quarter-Finals (Bottom Half): To Be Played January 15th

Draw – Women’s Semi-Finals (Top Half): To Be Played January 16th