Shock exit on day one for BJO hopeful Lewis Anderson

Alan Thatcher January 3, 2020 No Comments on Shock exit on day one for BJO hopeful Lewis Anderson 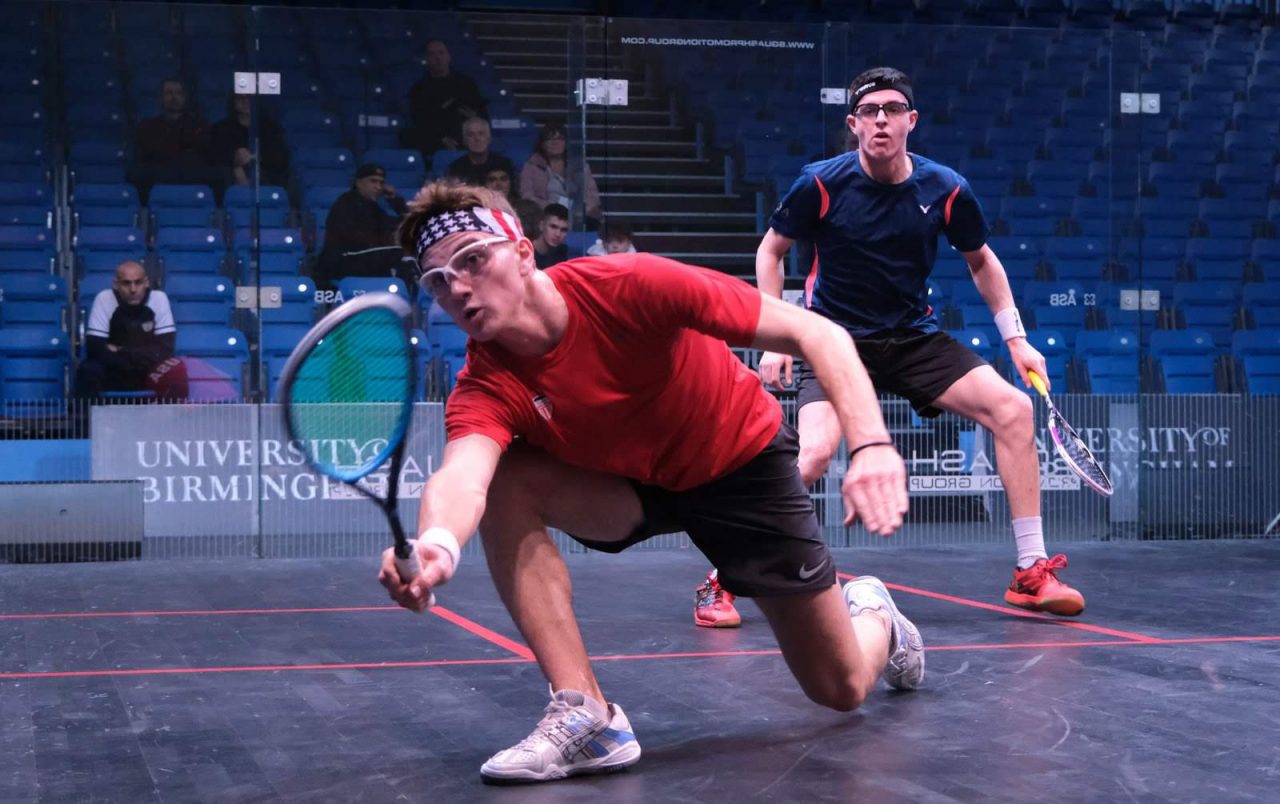 Team USA punched above their weight as the Dunlop British Junior Open 2020 got under way in Birmingham.

With 671 players representing 56 nations, and all with high hopes on day one, the top seeds were keen to spend as little time on court as possible, with some in action twice. 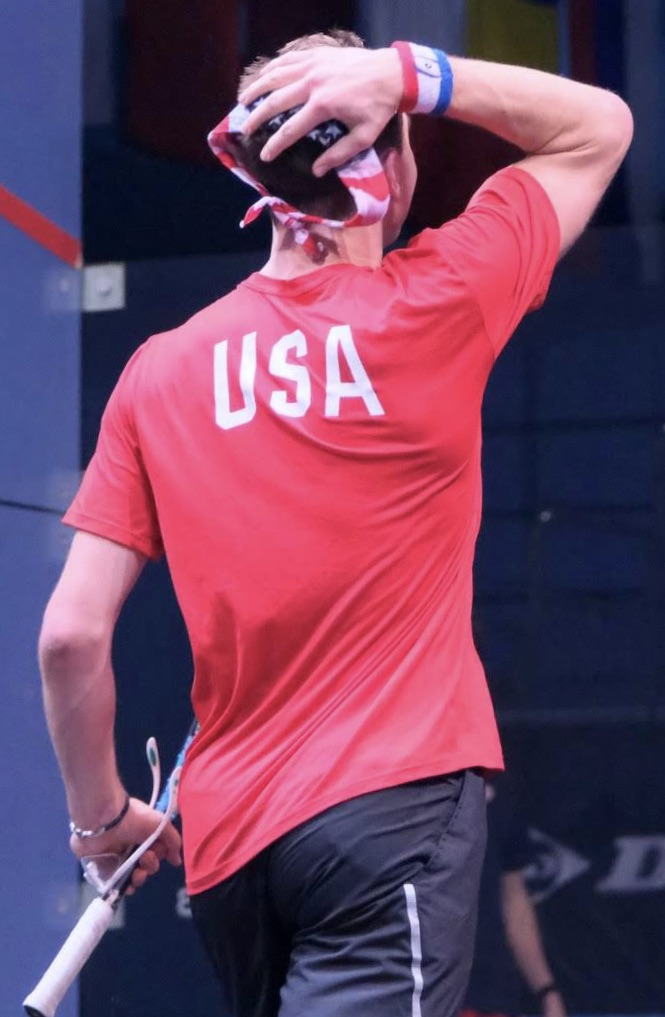 And on home soil, England’s 3/4 seed Lewis Anderson, the 2019 World Junior Championship bronze medallist from Edgbaston Priory, swiftly went two games up against American Myles Mcintyre in the BU19s before the underdog (pictured in disbelief at the end of the match) stunned a shellshocked Anderson 7-11, 5-11, 11-9, 11-8, 11-8 in 52 minutes in the biggest and final upset of the day.

Malaysian GU17 top seed Aira Azman – younger sister of Aifa – started off proceedings with a solid opening victory and later dispatched France’s Ninon Lemarchand 11-5, 11-4, 11-7 as she seeks to add to her 2018 U15 title. 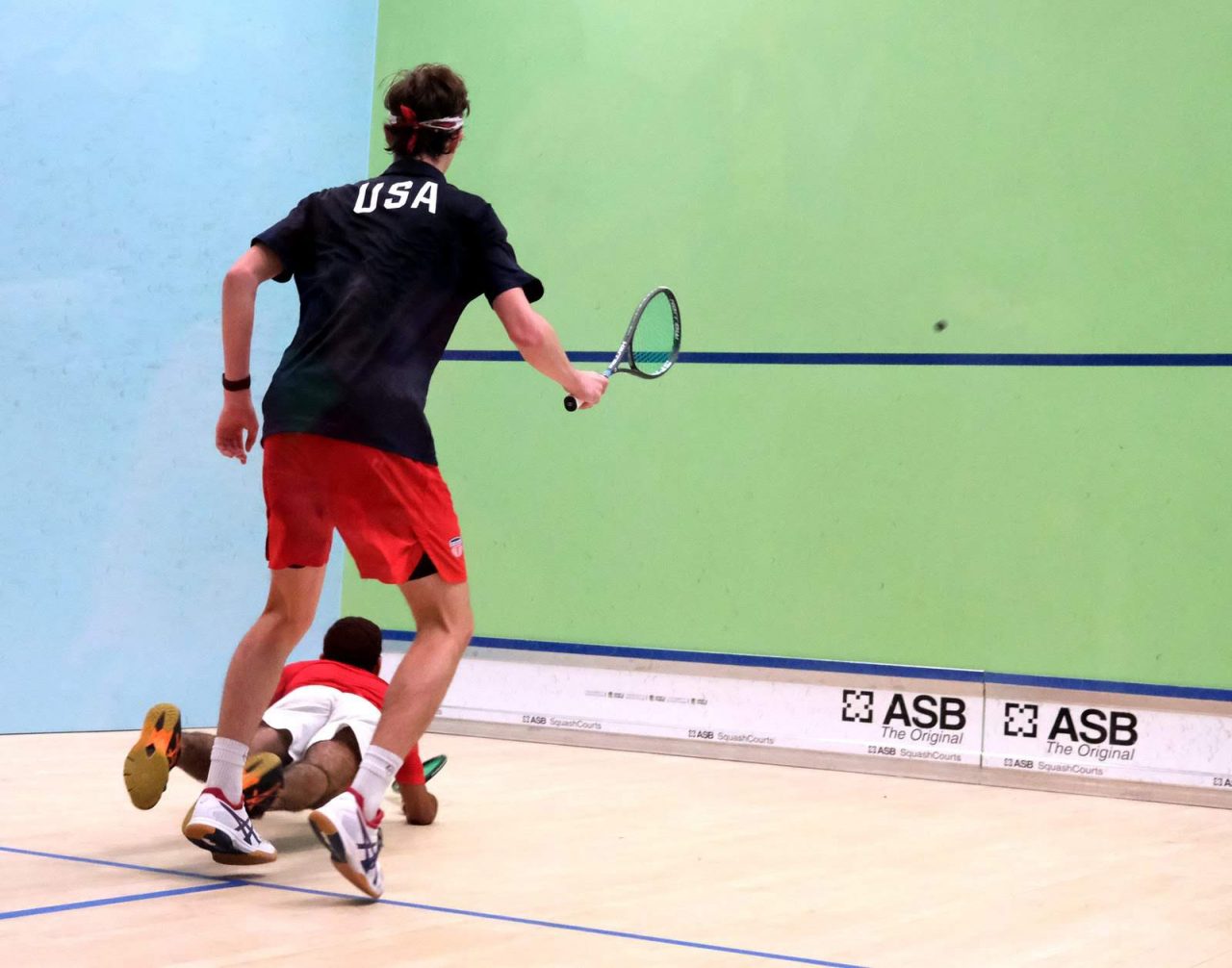 It was a race to get off court between the top two seeds in the BU15 event, with England’s Jonah Bryant requiring a quarter of an hour to see off Scotland’s [33/64] Rory Campbell in straight games while Pakistan’s Muhammad Hamza Khan took just 13 minutes to overcome [33/64] Guido Lindner of The Netherlands.

The Malaysian-Egyptian GU15 stronghold on the seedings showed little sign of being disturbed, with Asian top seed and U13 2018 champion Sehveetrraa Kumar winning her two opening day encounters as did Egyptian second seed Fayrouz Abouelkheir. 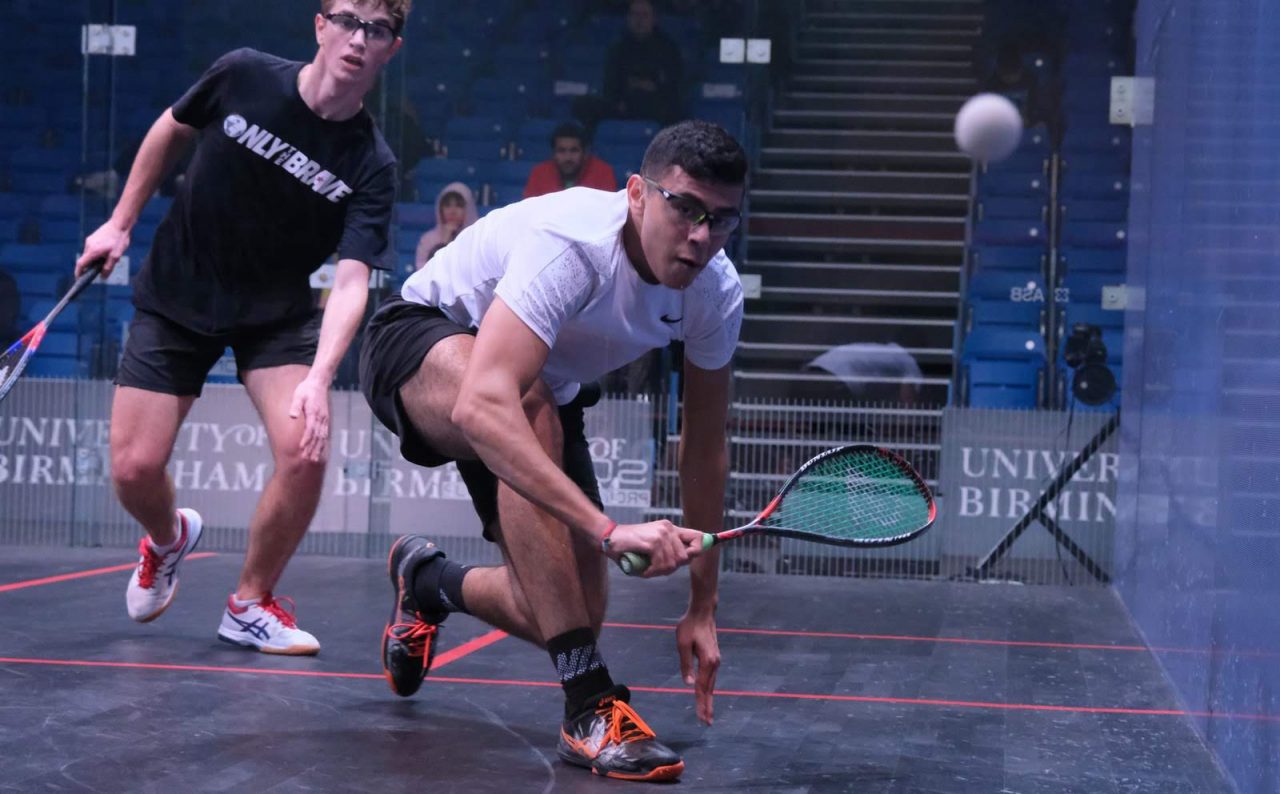 Meanwhile in the BU13s, Egypt will take some stopping, with top seed Mohamed Zakaria and second seed Youssef Salem both in dominant form.

With GU11 top seeds Jana Mohamed of Egypt and England’s Mariam Eissa given a bye through to round two, it was over to 3/4 seeds Maya Mandour and Harleein Tan from Egypt and Malaysia respectively to wow the crowds with ruthless displays.

England’s Nadiya Ismail failed to win a single point against Tan while Mandour was nearly as frugal in her 11-0, 11-2, 11-1 victory over England’s Zarminae Raja.