Alan Thatcher January 23, 2020 No Comments on Shocks in Weymuller Open first round 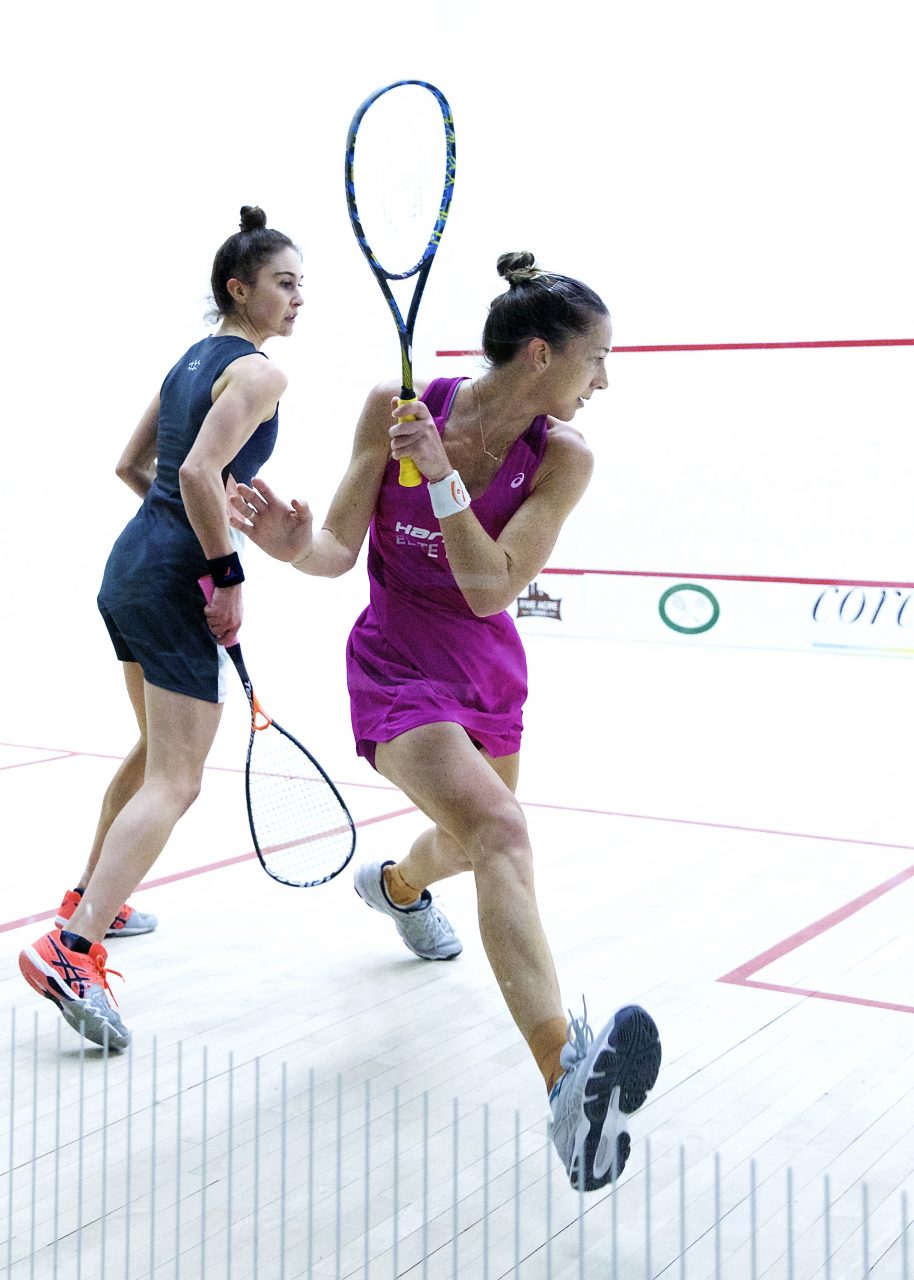 Australia’s Donna Lobban and Egypt’s Farida Mohamed upset the seedings to beat Belgium’s Nele Gilis and South African Alexandra Fuller to reach the second round of the Carol Weymuller Open in Brooklyn.

In the first match of the tournament at the Heights Casino, the Australian World No.47 Lobban got the better of the British Open quarter-finalist in straight games, moving through to the last 16 with relative ease.

She plays Alison Waters next and Lobban said: “I’m probably my own harshest critic but I am pleased with that. I was a little bit loose in the third but for the first two games I did a good enough job of keeping it tight and that gave me my opportunities. I think I found a good balance of attacking and positivity but not headlessly.

“I haven’t played Alison in a PSA tournament for a long time but we played in PSL league in England a few times and always have a good game. It’ll be nice to play someone I haven’t played for a while.”

At the end of the evening, Mohamed got the better of her South African opponent in a five-game affair which lasted 44 minutes. She fell behind after the first game, but then came back to lead 2-1 before Fuller pushed the match into a decider. However, it would be the Egyptian that took it, booking her place in the second round.

The World No.52 will battle it out with compatriot, and World No.4, Nour El Tayeb in the on Friday evening. Meanwhile, Lobban will now face the tournament’s No.7 seed, England’s Alison Waters in the last 16 of the event.

Yathreb Adel survived a scare as she eventually defeated Rachel Arnold in a fifth-game tie-break, having fallen behind twice to the Malaysian. There were four tie-breaks in the match, with Adel making it through after a 55-minute battle, advancing to a match-up with New Zealand’s Joelle King in the last 16.

Zeina Mickawy and Mariam Metwally added to the Egyptian presence in the second round, as they defeated Menna Nasser and French wildcard Marie Stephan in straight games.

There was joy for France in the first round, with Melissa Alves overcoming Finland’s Emilia Soini, while England’s Victoria Lust and Malaysia’s Low Wee Wern also booked their places in the second round with victories over Menna Hamed and Haley Mendez, respectively.

There was a very enthusiastic crowd around the championship court to cheer on home-grown Mendez, world # 45. Haley has grown up playing and learning squash at the Heights Casino and so she seems very comfortable on her ‘home’ courts and certainly got some incredible and much deserved support. Haley did herself proud and managed to push Wee Wern very hard. Haley played some great squash and it was only a point here or there that separated the players. Haley made a few errors at some vital times in the match which really made the difference and gave Wee Wern the conclusive points to take the match 11-9, 13-11, 11-7.

After beating one American, the Malaysian World No.24 will face the US No.1 in the last 16, with a battle against Amanda Sobhy now set-up.

Wee Wern said: “It’s good to be back (having been out injured for three years with three knee injuries). To be honest the game has changed since I came back with the tin being 17 inches. Also with the referee rule change I’m a bit at a loss and confused as you never know what call you’re getting!

“It was good to have a clean match and I’m just trying to enjoy my squash again. To be honest, I probably didn’t appreciate top level squash when I was five in the world and now it’s a long road back but it’s my goal. I’ve not played Amanda in a while and she’s been injured too. We are both hungry to get back on court.”

The seeded players come into the draw in the second round, with Nouran Gohar, Camille Serme and Joshna Chinappa among those who will also be entering the fray over the next two days. The last 16 is split across Thursday and Friday evening, with the top half of the draw playing on day two, the bottom half following on day three.