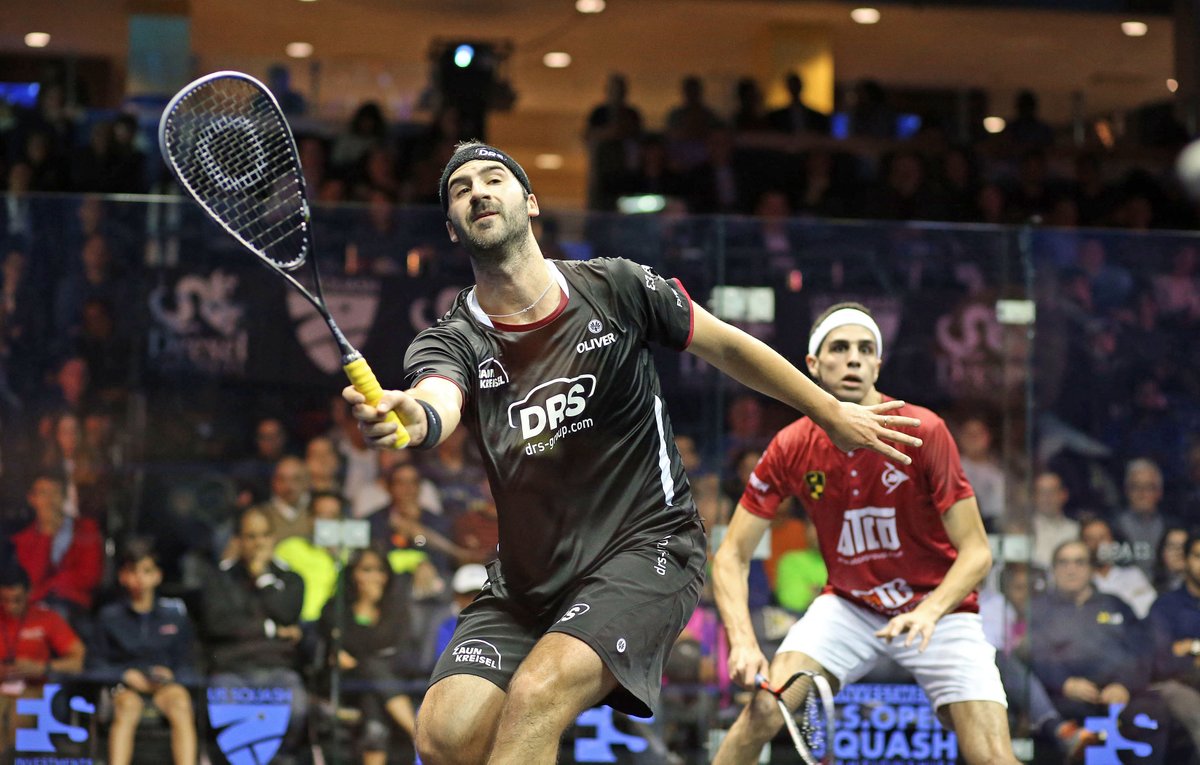 Simon Rosner gets in front of Ali Farag

Germany’s World No.5 Simon Rösner will be the only non-Egyptian to appear in the finals of the FS Investments U.S. Open Squash Championships event after he brought an end to World No.2 Ali Farag’s title defence with an immaculate performance on semi-finals day at the PSA World Tour Platinum event held at Philadelphia’s Drexel University.

Farag made history last year when he took the men’s title shortly after wife Nour El Tayeb had prevailed in the women’s final, meaning they became the first husband and wife in sporting history to lift the same major sports title on the same day.

But the Egyptian, who toppled World No.7 Gregory Gaultier in a 74-minute epic yesterday, failed to capitalise on a one-game lead against his opponent today as Rösner responded in stunning fashion to claim a 4-11, 11-8, 11-3, 11-6 triumph which sees him become the first German male to reach the final of the U.S. Open.

“I was able to play my attacking squash and I’m very pleased and relieved with my performance,” said Rösner.

“It seems like the U.S. is good for me. It has a lot to do with how comfortable you are and how the place is treating you. After not making the semis before and now reaching the final, it is huge for me.

“Life is treating me well at the moment, so I just want to continue on that wave and play my best squash in the final tomorrow.”

Paderborn-based Rösner, who will appear in his biggest PSA Tour final since he won the J.P. Morgan Tournament of Champions in January, is set to face World No.1 Mohamed ElShorbagy in the title decider on World Squash Day after the two-time U.S. Open champion also came back from one game down en route to beating World No.8 Paul Coll. 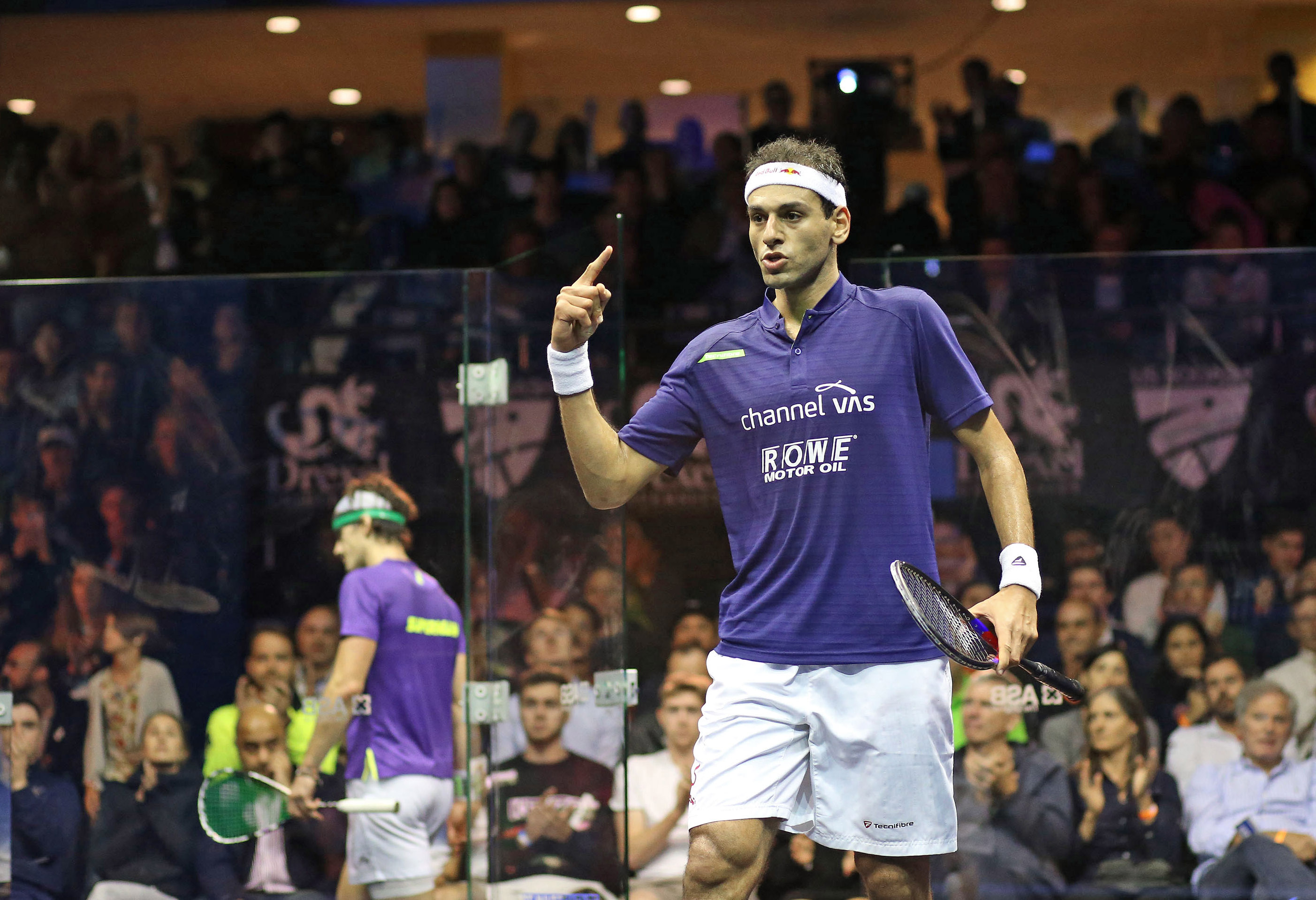 A clinical display from Coll saw the New Zealander go a game up before pulling ahead to 7-3 in the second, but 27-year-old ElShorbagy dug into the mental reserves which have helped him to dominate the PSA Tour in recent years as he came back to win it 7-11, 11-8, 11-4, 11-6.

“I have great memories here, this is the tournament that got me to World No.1 four years ago and I come back here every year having those great memories. I’m really happy to be back in the final, I lost it here last year and I was disappointed, but I lost because my opponent was the better player.”

ElShorbagy has won all 14 of his matches against Rösner on the PSA Tour and will look to improve on last year’s runner-up finish at this event.

There is guaranteed to be a new name etched onto the women’s trophy after World No.1 Nour El Sherbini and World Champion Raneem El Welily claimed respective wins over World No.4 Camille Serme and World No.12 Tesni Evans to set up a final showdown. 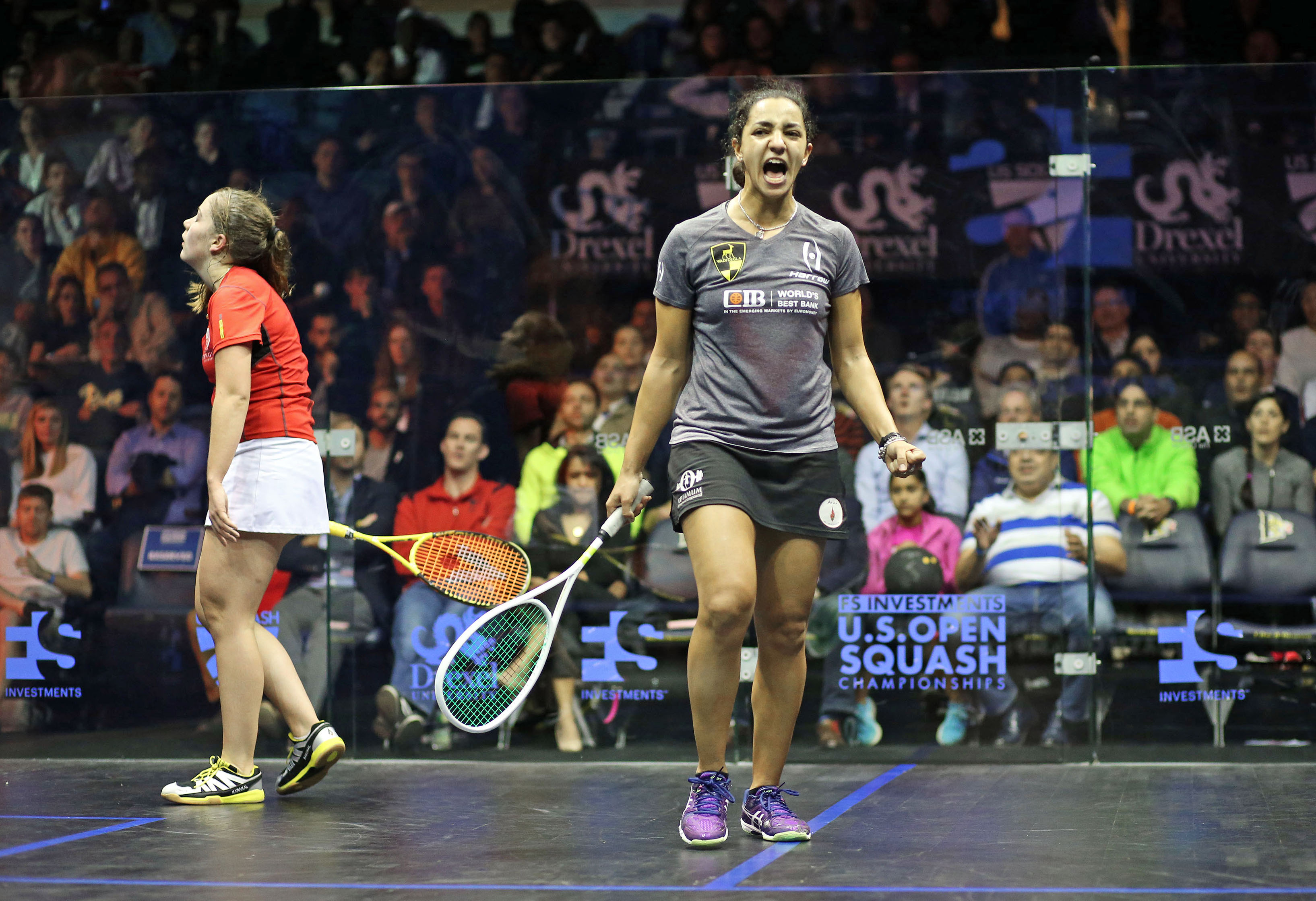 El Sherbini, a U.S. Open runner-up in 2014 and 2016, lost to Serme in the latter of those finals but made amends today as she too overturned a one-game deficit to claim the win in four games.

“I’m really glad I won today, they were long rallies and all the games were close so I’m really happy to be through to the final,” El Sherbini said.

“It would mean a lot [to win the tournament], the U.S. Open is one of the biggest tournaments and I would really love to put my name on the trophy. It’s the third final for me and hopefully it is going to be the one.”

Meanwhile, El Welily will appear in the final of this tournament for a second successive year after she came through a testing encounter with Welsh giant-killer Tesni Evans, who had upset World No.5 Joelle King and World No.8 Sarah-Jane Perry to become the first ever Welsh U.S. Open semi-finalist. 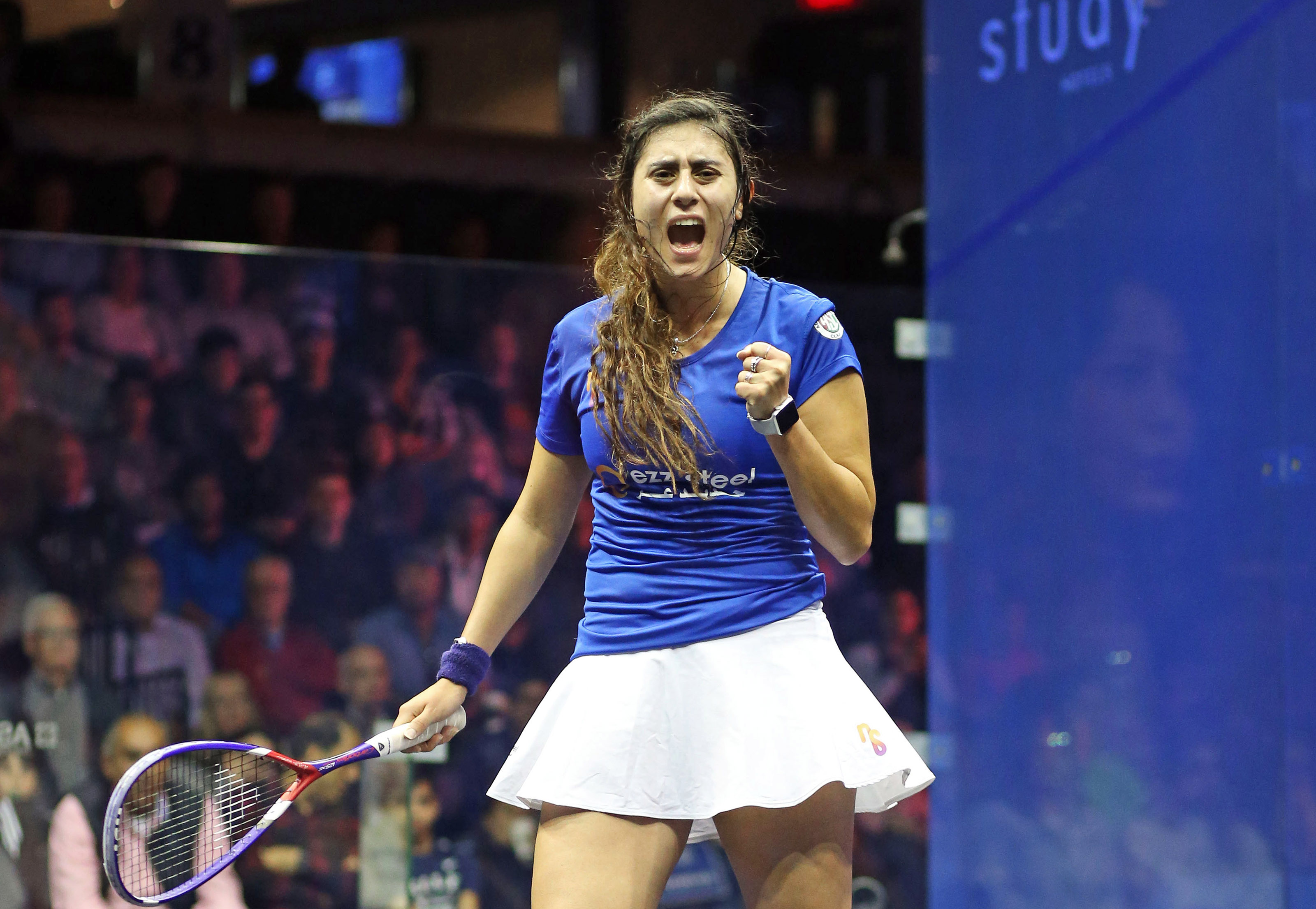 Nour El Sherbini is pumped up after winning

Evans played some incredible squash throughout the 64-minute battle and took the first game as she kept the nerves at bay to unsettle the World No.2. But despite a tenacious display from the 25-year-old, El Welily soon found her range and was able to claim victories in each of the next three games to book her place in the final at Evans’ expense.

“Tesni played really well and all credit to her for pushing me all the way and fighting,” said El Welily.

“Winning the U.S. [Open] title is definitely something I would love to do, but it’s not going to be easy. It’s definitely more difficult playing against Nour. She is a very good friend and we play against each other a lot. Playing any Egyptian girl is usually more difficult, mentally.”

The two Egyptians will meet for the 19th time on the PSA Tour, with the current head-to-head record locked at nine wins apiece. The pair met in six finals last season, with El Sherbini claiming four wins to El Welily’s two.

Both the men’s and women’s winner will claim $22,800 in prize money and will qualify for the season-ending PSA World Tour Finals.

The finals of the U.S. Open will begin at 17:00 local time (GMT-4) on Saturday October 13 and both matches will be broadcast live on SQUASHTV (Rest of World), Eurosport Player (Europe only), and other major broadcast channels, including BT Sport, beIN Sports, Fox Sports Australia and Astro.