Alan Thatcher December 21, 2013 1 Comment on Something for the Weekend: Ramy and Nick join the juniors 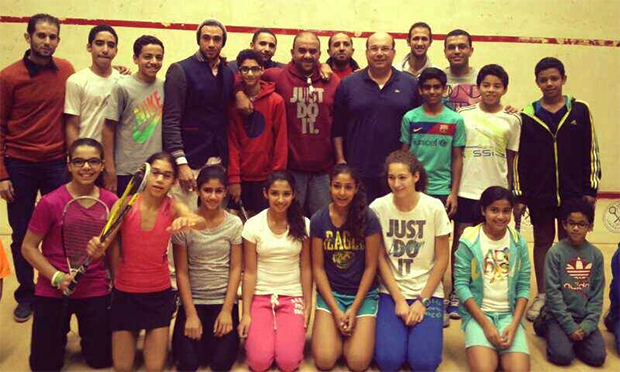 EGYPTIAN players  have pretty much dominated the British Junior Open for many years now, and giving them an extra boost ahead of their assault on the 2014 tournament in Sheffield they received a very special visitor who had some motivating words of wisdom to share.

None other than the great magician Ramy Ashour was on hand to offer a pep talk and wish them luck before their flight to England and the transfer to Yorkshire. The Egyptians have a proud record in the BJO and one thing is for sure.

Ramy also wants the world to know that he is eating healthily and recommends a “sexy” cauliflower puree produced by his cousin Jailan El Bayaa. Here’s a link to her her blog: http://wallinside.com/mobil.php?ewall=GogoLicious

Let’s hope the conduct on court by all the players in Sheffield shows a marked improvement on some of the behaviour during the US Junior Open last week. Richard Millman’s Squash Mad reports included reports of cheating children and pushy parents making life difficult for referees and tournament organisers.

Coaches on hand included Peter Nicol, David Palmer, Thierry Lincou, Rodney Martin and Rodney Eyles. Peter, who rarely raised a voice to an official during his entire career, felt it was time we stopped all back-chat to referees once a decision has been made.

As for the parents, I would be pleased to hear of any suggested solutions from Squash Mad readers. I have heard some awful stories this season about parents influencing results of matches by being allowed to bully young and inexperienced markers. Comments please. 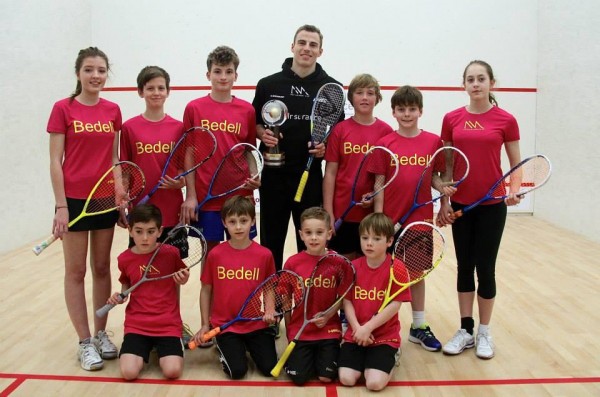 Nick Matthew admits that he had a few moments as a junior in his book, Sweating Blood. However, he always had the calming influence of parents Hedley and Sue present, plus his grandfather, Ron, who encouraged and inspired him to play sport.

It was a privilege  to welcome Nick to the Maidstone Open ten years ago, when the event was the BSPA forerunner of today’s PSA Kent Open. He won it two years running, and his ideal warm-up on the Sunday morning was to join me on court with the juniors.

Squash fans voted for Nick on Twitter in the BT Minority Sport Awards, but this was won by speedway rider Tai Woffinden. Don’t worry, Nick. Everyone in squash knows your immense value to the game, on and off court.

In years to come, we look forward to juniors from your academy at Hallamshire challenging the visitors from Egypt.

Congratulations to Howard Harding on amazing effort with his squashinfo.com site, which now houses statistics on 10,000 players.

Howard, who handles media affairs for the WSF, PSA and WSA, can often be seen behind the bar at Reigate Squash Club in Surrey. Here’s a fact you won’t find on Squashinfo. Howard also plays lead trumpet in the Redstone Big Band!

Here he is in action. 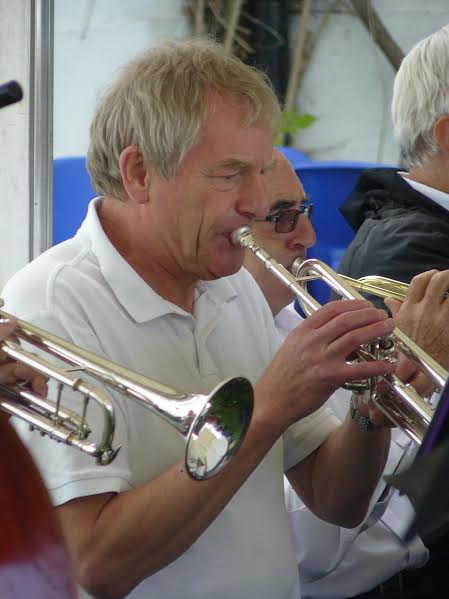