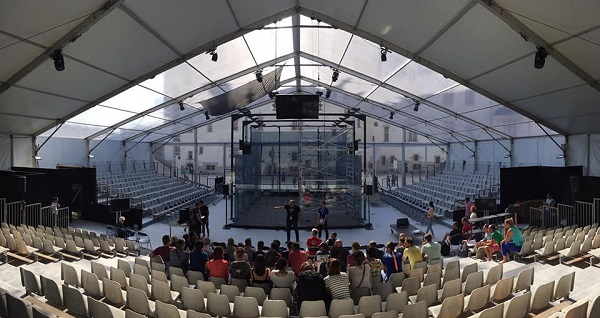 The modern glass court in an ancient courtyard: now ready to welcome squash fans from around the world

France and Britain: two great nations so close geographically and yet so different. We may take the mickey out of each other, with our “Frogs” and “Rosbif” jibes, but despite past conflicts, cultural differences and superficial disdain, there is more that unites us than divides us and deep down lies a lot of mutual admiration and respect.

This is why driving into many British towns and cities, you often see French places on the ‘Welcome To’ road sign mentioned as the Twin Town. The reverse is obviously true for French town and city ‘Bienvenu à’ signs.

I think this is particularly evident in the world of squash. On our side of the Channel, we have long admired the skill, artistry and determination of their top players. The likes of Gregory Gaultier, Thierry Lincou and Camille Serme have regularly been quoted amongst British squash fans’ lists of favourite players.

French squash fans I’ve spoken to also love and admire our players, with the tenacity of Nick Matthew, the accuracy of James Willstrop and the flair of Daryl Selby coming in for particular French admiration.

British and French fans are also united in their total delight that, after a long period of fasting, the diet of live squash on their screens is about to be resumed with the 5th edition of the Open International de Squash de Nantes, now deservedly rebranded the Open de France. 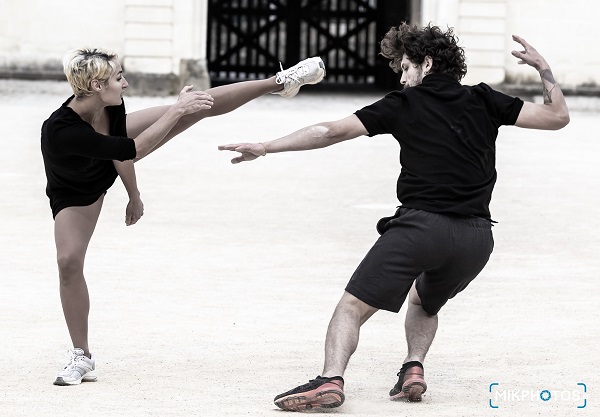 This unique and innovative tournament, with its changing iconic locations and fusion of art with sport, has fast become one of the most eagerly anticipated tournaments on the Tour.

Many people draw comparisons with the ever-popular Canary Wharf Classic held in London, which although never changes location, nevertheless offers a spectacular backdrop and generates a similar buzzing atmosphere, which the players feed off.

This is no complete coincidence as both organising teams have liaised closely and visited each other’s tournaments. In some ways, you could say that, like many town and city twinning arrangements, these are ‘Twin Tournaments’. 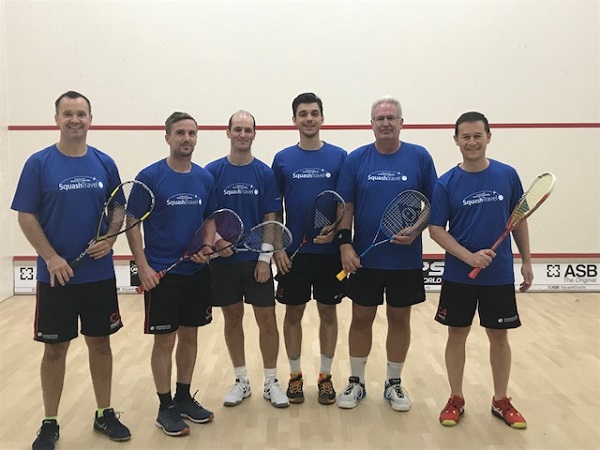 The increasing popularity and profile of the Nantes Open has also lead to a steady increase in the number of British squash fans hopping over the channel to watch the action in person. Squash Travel, the agency that assists many of the current professional players and the sport’s associations with worldwide travel arrangements, last year organised a package trip to Nantes, including flights, hotel and tickets to the semi-finals and finals. The trip was so successful that Mel and Ian have reorganised a similar tour for this year – I know as I’m part of it! 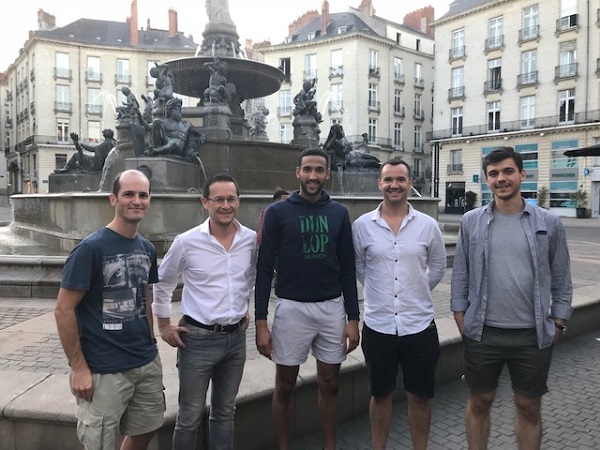 In addition, increasing numbers of British squash fans have organised their own trips, either with club mates or individually. One such club is Lings Squash Club in Northampton. Since 2014, Lings has organised a trip to North-western France each September to play squash and enjoy a bit of French culture, usually in the La Rochelle area. 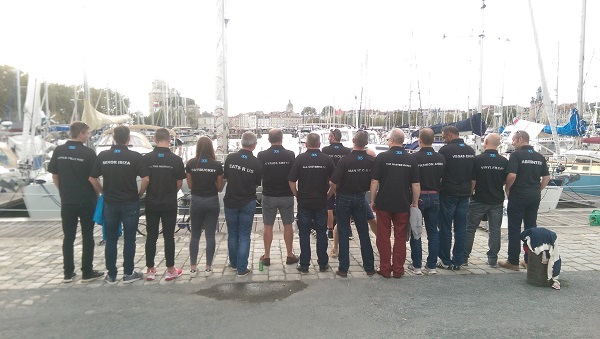 Lings On Tour: the Lings contingent show off their tour shirts and nicknames on the quayside at La Rochelle back in 2016. 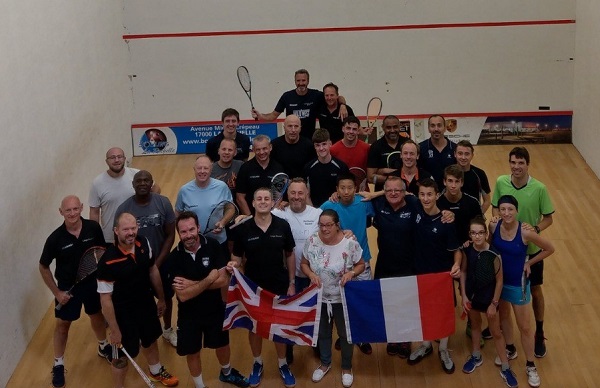 Squash a la Fraglaise in action: competitive fun and friendship between clubs at Squash La Rochelle

This year and given their admiration of the Nantes Open, the Lings Club has decided to stay in Nantes so they can build in watching the Open de France semis into their busy schedule of squash, tourism and general merriment. I will be joining them for a lot of their itinerary, especially the squash playing, tourism and merriment!

This is without doubt the squash trip I have most looked forward to as it is combining so many amazing elements: top squash action presented innovatively in an iconic location, in a region of France I love where I have many friends (whom I will also be visiting) and also sharing it with squash friends I have made at home. 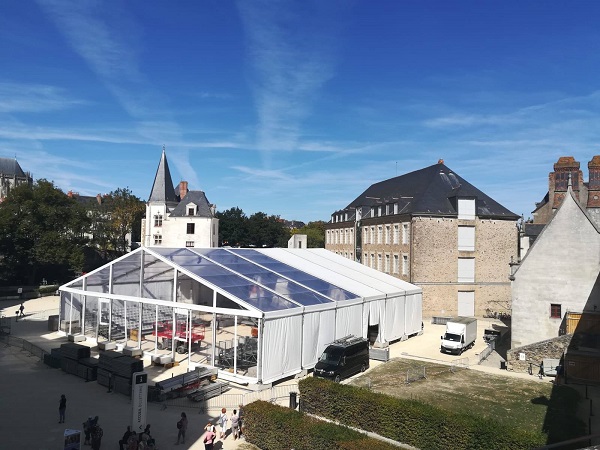 I arrive in Nantes this Wednesday and after making a short initial visit to the Château des Ducs de Bretagne to get my bearings, I will firstly be visiting local friends near Nantes and in the neighbouring city of Angers.

On Friday, I return to Nantes, initially heading to La Maison du Squash to watch the inaugural Amateur Open de France, before then linking up with the Lings Club for some squash, in advance of returning to the Château to take in the Open de France semi-finals.

More squash playing, some tourism and the Finals will follow on the Saturday, with a barbecue planned on the Sunday at the large house Lings have rented in Nantes, which will be attended by their friends from Squash La Rochelle.

I look forward to bringing you a short daily blog to provide a squash fan’s perspective on this innovative tournament. As a member of the organising team for World Squash Day, which will be taking place on Saturday 12th October, also look out for a bit of promotional activity planned during the tournament.