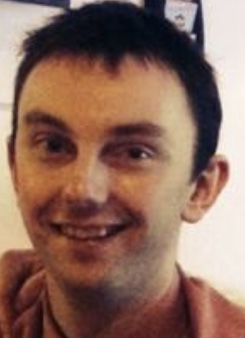 Every year at the end of July, squash players from around the world gather in Amsterdam for the ultimate social squash tournament.

This year was the return of the Junkie after a long enforced Covid break. Not only that, it was also the delayed 25th edition of the tournament.

Among our growing community of regulars (addicts?) there was a desperation to get back out there and get our fix. We knew this one would be extra special.

Junkie is held at Meersquash and Activity in Hoofddorp, a stone’s throw from Amsterdam. The club is on the map thanks to Paul Coll and Nele Gilis, who famously call it home.

Teams are formed of six players, to include a minimum two women. This year saw entries capped at 24 teams however 31 have been seen previously.

It’s organised by Meersquash coach Jason and his wife Mariska Morris, plus German Squash Association President Michael Gaede and a team of hard working volunteers. The club has an ideal setup, with nine glass backed courts all sat around a horseshoe shaped bar with lots of room inside and out.

I think the best way to carry this blog on is to explain it as my team saw it. We are Team Airtight. We started as some mates from Scotland looking for a team, ended up being paired with a group from Glasgow Uni squash club, having a blast and forming a team from there. Along the way somewhere we met and acquired players from all over the world. After nine years, Airtight has grown to four full teams of all ages and abilities.

Accommodation is pretty flexible. A lot of players book hotels but a lot choose to camp in the club car park for the full festival experience. It’s pretty noisy but you’re either involved in the party or so ready to sleep you don’t notice…

Players arrive through the week to catch up round the bars and canals but Thursday is when Junkie starts in earnest. Airtight tradition is boozy doubles on the courts before the ‘happy hour’ starts. Junkie host Jason Morris delivers his customary welcome speech then rings the bell to signal an hour of free beer for everyone, all 170-ish players. Brilliant welcome. The captains meeting followed straight after that. Safe to say I didn’t take in much info.

Friday morning starts with a qualification round involving Airtight 3 and 4. Both teams qualify to the last 16. Airtight 1 and 2 were seeded higher so avoided the early start!

The squash is all proper best of five matches until the Sunday morning, but it’s very much play hard but fair rather than win at all costs. Very few decisions, respect your opponent, enjoy playing.

After another round of squash matches on the Friday, the themed tournament party moves out of the club to a different location each year. We’ve had beach parties, boat tours of Amsterdam, and a private hire of the upper floor of Centraal Station among others.

This year we were at the Wereldrestaurant, which is an upmarket all you can eat (and drink) buffet. That’s what you call a challenge that every squash player would relish! We were then put on coaches which took us into Amsterdam, where a nightclub had been booked out for us.

‘Waking up in a tent in the car park, 30 minutes before I’m due on court, is not ideal but the typical routine at Junkie…’

We were treated to part time tour guide Frank Goosens’ version of Amsterdam sightseeing, which was mainly abusing his team-mates, everyone else on the bus, and confessing to a love of aiming his bicycle at unsuspecting tourists.

The night in Amsterdam was brilliant but messy. Club Smokey on Rembrandtplein. It’s a packed, sweaty, rowdy little venue that almost forces different groups to mix in with each other. It was all a bit too much for organiser Jason.

We got the tournament bus back to the hotel / club then stayed up in the car park till stupid o’clock. I woke up the next morning in a tent with a head like a house brick, 30 minutes before my team Airtight 2 are playing the quarter finals against the top seeds Casanovas thinking.. “Right, this isn’t ideal…”

Casanovas were too strong regardless and took us out 4-2.

Airtight 1 won in the morning then in the afternoon played local team Jason Morris Tournament Desk Please which saw Nele Gilis playing No.1 position in both the women and men. Another big crowd at the back of the court. Fantastic to watch. Airtight 1 win! Into the final!!

Standings after Saturday were that Airtight 3 and 4 are right in the thick of the round robin, playing for 15th and 16th against each other! Airtight 2 are playing for 5th and Airtight 1 are in the final!

Following on from the competition matches we had a ‘lightning draw’ – three players from every team, playing a single point per player in a best of 3 points competition with a 100 euro prize for the winning team. This was a great spectacle. The show court was packed out with players roaring and cheering every winner or tin. Somehow, Airtight 2 won, beating Airtight 3 in the final, with Airtight 4 coming in 3rd!!

The Saturday night is a BBQ organised by Jason followed by a fancy dress party in the club. They bring in a DJ and this year a saxophone player. This guy was cool, neon-lit saxophone, getting involved on the dance floor. The party theme was black and gold (note to Squash Mad columnist Orla O’Doherty to bring her gold jacket next year).

We had Adam and the Ants, pirates, loads of body paint, retro glam, ninjas, pharaohs (Rameses Ashour), Ali G, a bubonic plague doctor, the lot. Our 100 euro prize was well spent on 40 shots, and the last of the partiers got to bed after 6am…

As I mentioned, a blog can’t really do the event justice. All 170 players share a real sense of camaraderie, it’s all friendly, playing for fun and a shared love of sport. You get to know everyone there and once you go, always want to go back.

‘Airtight 2 played Jason Morris Tournament Desk, who were without Nele, or anyone sober’

Sunday is finals day. Best of three games for everyone except the top four playing for places.

Travel chaos struck again – our much anticipated Airtight 3 vs 4 clash had to be called off as flights were moved forward and most of Airtight 4 had to leave.

Airtight 2 played Jason Morris Tournament Desk, who were without Nele, or anyone sober. We ended up winning in a battle of who could hold breakfast in for longer. Result: a fifth place to Airtight 2.

Then it was the big one. Airtight 1 vs Casanovas for the tournament win! It’s a social tournament and everyone plays it for fun, but because it has a special place in players’ hearts it makes winning it more special. This is why in previous years we’ve seen fully PSA-ranked teams battling it out for the final.

First up was Airtight 1 Captain Neil ‘the Dilf’ Cross vs Roel Zwagerman. This was a hack fest. Both are big lads and hit it stupidly hard, which at 10am on a Sunday I can think of nothing worse than. Brilliant for the spectators in the rowdy crowd, maybe not for the purist. Crossy takes it 3-1: 11-7 5-11 11-2 11-5.

Next was late replacement ‘Superboy’ Mikey Tallentire vs Casanovas’ resident tour guide Frank Goosens. Not gonna lie, I didn’t watch it. I went away for 15 minutes to check on Airtight 2 and came back to find Mikey sat outside saying ‘yeah I got pumped’ – 3-0 to Frank. Fair play: 11-6, 11-9, 11-1.

Airtight’s No.2 Craig Valente-Wallace took on Casanovas captain Tom Lucas. Both are very, very good players, however Craig was ridiculously hungover. What followed was an unbelievable display from Craig, gambling on every shot (and the contents of his stomach).

The ball either rolled out of the nick on the volley or he’d completely miss it.

The crowd were totally gripped. We knew Airtight 1 would need games in case it went to countback. Craig gave it everything especially in the third but Tom was too good. 3-0 Tom: 11-7, 11-7, 11-9.

It was the turn of the No1s. Airtight’s WR 183 Sanjay Jeeva vs Casanovas WR 289 Marc Ter Sluis. This was Sanjay’s first year with Airtight having joined us through a mate already on the team. Holy crap, this kid can play. In all my years as a PSA promoter and squash fan I don’t think I’ve ever seen anyone so naturally talented. Flicks, tricks, holds, at no point looking serious, all while facing a seriously good opponent. 3-0 Sanjay: 11-6, 11-4, 11-0.

It was 2-2 in matches but Casanovas had two 3-0 wins while Airtight had dropped a game. Even if women’s No.2 Beth Grinsell won 3-0, at No.1 Airtight’s WR330 Audrey Berling needed to take not one game, as the match would be decided by the Men’s No.3 in the event of a tie, but two games from WR67 Tessa Ter Sluis.

A fantastic athlete, Audrey made some unbelievable retrievals and put Tessa under serious pressure at times, but ultimately she couldn’t live with Tessa’s hard hitting and accurate shot play. Classy from the Dutch woman making amends for her brother Marc’s defeat to Audrey’s partner Sanjay.

It’s testament to the people and the place that there have been 25 years of this crazy event. My last conversation with Jason involved him telling me “Junkies 40? I think we could do it”.