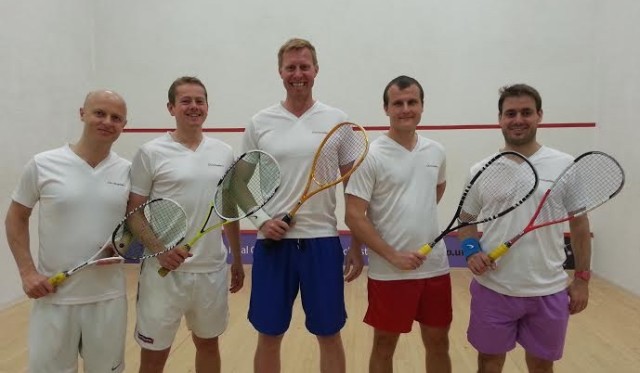 Christophers Club may not have the royal patronage of the All-England Club but it’s where Andrew Castle chooses to play his squash, so that’s good enough for me.

When the Canary Wharf qualifiers first began at the Wimbledon Racquets and Fitness Club few years ago, I arranged to pop over to Christophers for a hit with Andrew before the qualifying finals.

I remember getting hopelessly lost and ending up in Tooting before finding my way to the dog track in Plough Lane.

Andrew and I had a great game with the former breakfast TV presenter and now Smooth Radio host winning a hard battle in the fifth. 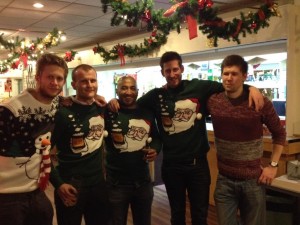 I recall being very impressed with Andrew’s forehand, and the size of the club, with seven courts all in a line.

I remember thinking what a great choice local residents have with three excellent squash clubs in the same town.

There is a busy social scene, and I love the link on the club’s home page which perfectly sums up what we love about this sport. It simply says: Squash and Beer!

We may not be royal or ancient, but we’ve certainly been around a while. Christophers Squash was opened in 1972 and offers fitness, squash and gym classes to local residents across Wandsworth, Wimbledon and South West London.

We are a family-run business who have been based in Wimbledon for more than 40 years. We pride ourselves on being a friendly club with a very open attitude to new members. Our squash leagues are open entry to all newcomers and we offer a great training program for people looking to develop their skills in squash or more general fitness.

Christophers Squash Club has been one of the centres of squash in South West London for more than 40 years and we are not resting on our laurels.

Over the last year we have been working hard to ensure that the club’s squash and gym facilities are upgraded and ready for the next generation of squash players.

With teams in almost every Surrey Squash league we remain as competitive as ever, and this year our over 35s team became national champions. Spread across many nationalities our membership is cosmopolitan and represented across all ages.

In the season just finished, the Christophers first team finished third in the very competitive Division One of the Surrey Cup Competition. The second team won promotion to Division Two and our third team remained in Division Three.

We are also currently running seven teams in the Summer Surrey Cup competition so there is an abundance of team squash to be had at the club. 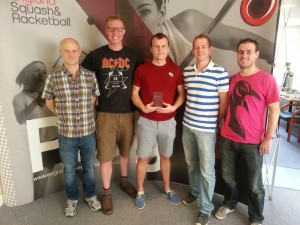 UK CHAMPIONS – THE FULL REPORT
The men’s over 35 team came back from Nottingham crowned as UK champions beating the best in the country to win a very tight match against last year’s winners Moreton Hall (Suffolk). This was victory at their first attempt as the club have never entered the national Club Championships before.

Christopher’s have been located on the Stadium Dog Stadium for over 40 years but this is by far their most outstanding squash achievement. The team of Steffan Morgan, Tim Burrell, Joss Hargrave, Mike Bowie and Richard Hill narrowly won 3-2 with victory achieved in the very last match. In the five matches played, four of them went to 3-2 in the tightest final seen for many years.

Local boy, Richard Hill (Rutlish School), is only just 35 and captained the team into the final. He went on first but was beaten 3-1 in four very tight games. He was followed on court by Joss Hargrave, a 39-year old corporate lawyer who also captains the Lord’s squash team and is the ‘old boy’ of the team. He had to fight hard and went on to win his fifth and final game by just three points, 11-8, to take the match score to one all.

Mike Bowie was already playing when he heard of the win by Joss and knew he also had to win to give the team a chance of victory. Mike has been at the club for six years, lives in Battersea and owns a wealth management company in the City. His opponent, however, was taking no prisoners and, whilst close, his opponent went ahead 2-1 in the match and Mike was facing defeat in the fourth game at 10-8 down with his opponent serving. Mike says he had no idea he was just one point away from losing his match and bravely fought back to win that game and then scrape home in the fifth, also 12-10 – two of the tightest games of the whole tournament.

At number 1, Steffan went on court knowing he was facing an uphill struggle against one of the best over 35 players in the country who had a bag full of international tournament victories under his belt and who is a long-standing representative for England on the squash court. Steffan moved from teaching at Kings in Wimbledon to Blenheim School in Epsom and is more used to dealing with boisterous students than one of the country’s best players. It was a long, hard fought match that went to five games that Stefan narrowly lost.

The final of the UK over 35’s Squash Championships was down to the fifth final match and Tim Burrell went on court knowing it was all down to him. The gap between victory and recognition – a losing team always forgotten or a winning team with the chance to play in the club championship finals in Europe. Living in Tooting and with his two children at the Links Primary School in Merton, Tim, at 37, works for the Finance Conduct Authority in the city whose role is to oversee the banks and other financial institutions. But Tim is no novice at squash. He is a county player for Berkshire and has played for England’s over-35s for the past two years but he still had a formidable opponent to beat.

The game didn’t quite go to plan as Tim left his four team-mates anxious after going 2-1 down only to turn up the heat and convincingly win both the final two games 11-4.

If you are interested in taking up squash or returning to the sport or wanting to use a relaxed gym to get fit, you can ring Christopher’s Squash and Fitness on 020 8946 4681.