Stage is set for World Championships in Chicago

Alan Thatcher February 23, 2019 No Comments on Stage is set for World Championships in Chicago 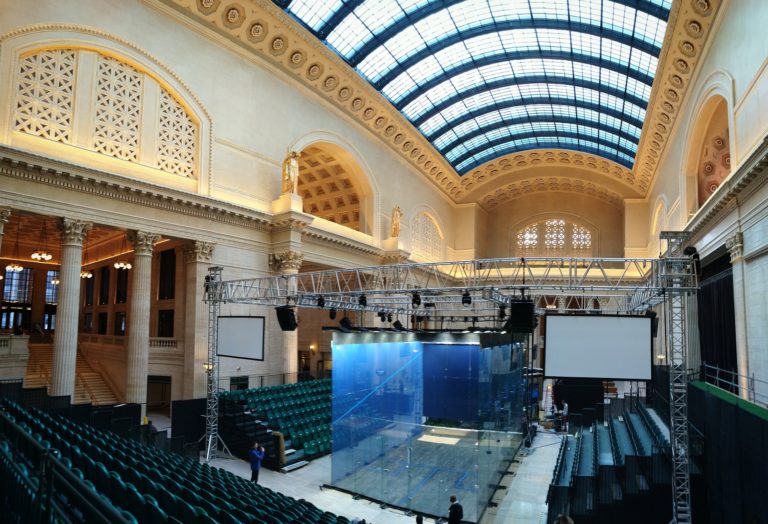 The stage is set for the 2019 PSA World Championships presented by the Walter Family–the world’s first million dollar professional squash tournament. The world’s best players are primed to compete for the sport’s most coveted title – world champion – in the Great Hall of Chicago’s Union Station, February 23-March 2.

Tickets are still available for all rounds of glass court play with prices ranging from $30 to $160 on ticketmaster.com.

Live action up until the semi finals will be streamed on the PSA Facebook page and Facebook Watch. Watch all the glass court action from round one to the finals live on SQUASHTV.

The tournament marks just the second time that the world’s most prestigious event has taken place on U.S. soil, following the 2015 PSA Men’s World Championship in Bellevue, Washington.

Egypt’s defending champions and world No. 1’s Raneem El Welily and Mohamed ElShorbagy lead the draws as the top seeds with their compatriots and world No. 2’s Nour El Sherbini and Ali Farag opposing them in the draw as the two seeds.

Five Americans enter the 64-player draws with the first round on Saturday, February 23. World No. 48 Todd Harrity is set to feature in the second match on the all glass court in the Great Hall at 12:45pm local time, 1:45pm ET, against Egypt’s world No. 3 Tarek Momen. 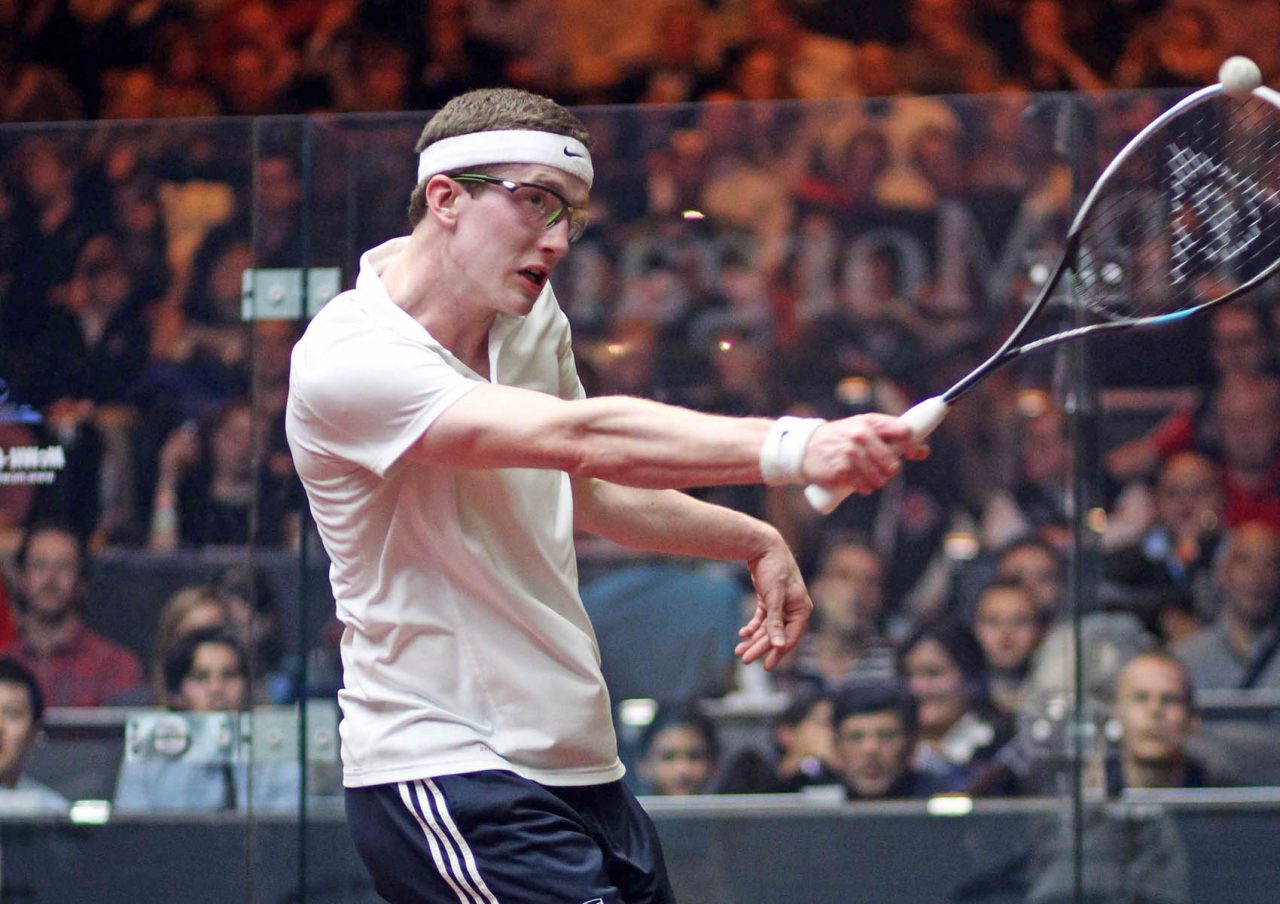 World No. 10 Amanda Sobhy opens her campaign Saturday evening on the glass court at 7pm local time, 8pm ET, against England’s world No. 38 Juliane Courtice. A win could set up an all-American second round match between Sobhy and world No. 19 Olivia Blatchford Clyne, should Blatchford Clyne get past Canada’s Hollie Naughton at the University Club of Chicago at 7pm local time.

World No. 46 Haley Mendez and world No. 55 Olivia Fiechter are both set for their world championship debuts. Mendez will face Egypt’s world No. 31 Zeina Mickawy at the University Club at noon local time. Fiechter, a Princeton graduate, will face Yale graduate and world No. 22 Millie Tomlinson at the MetroSquash Academic and Squash Center at 5pm local time.

Sobhy, the highest ranked American in the event, lauded prize money parity for the sport’s most lucrative event in history. 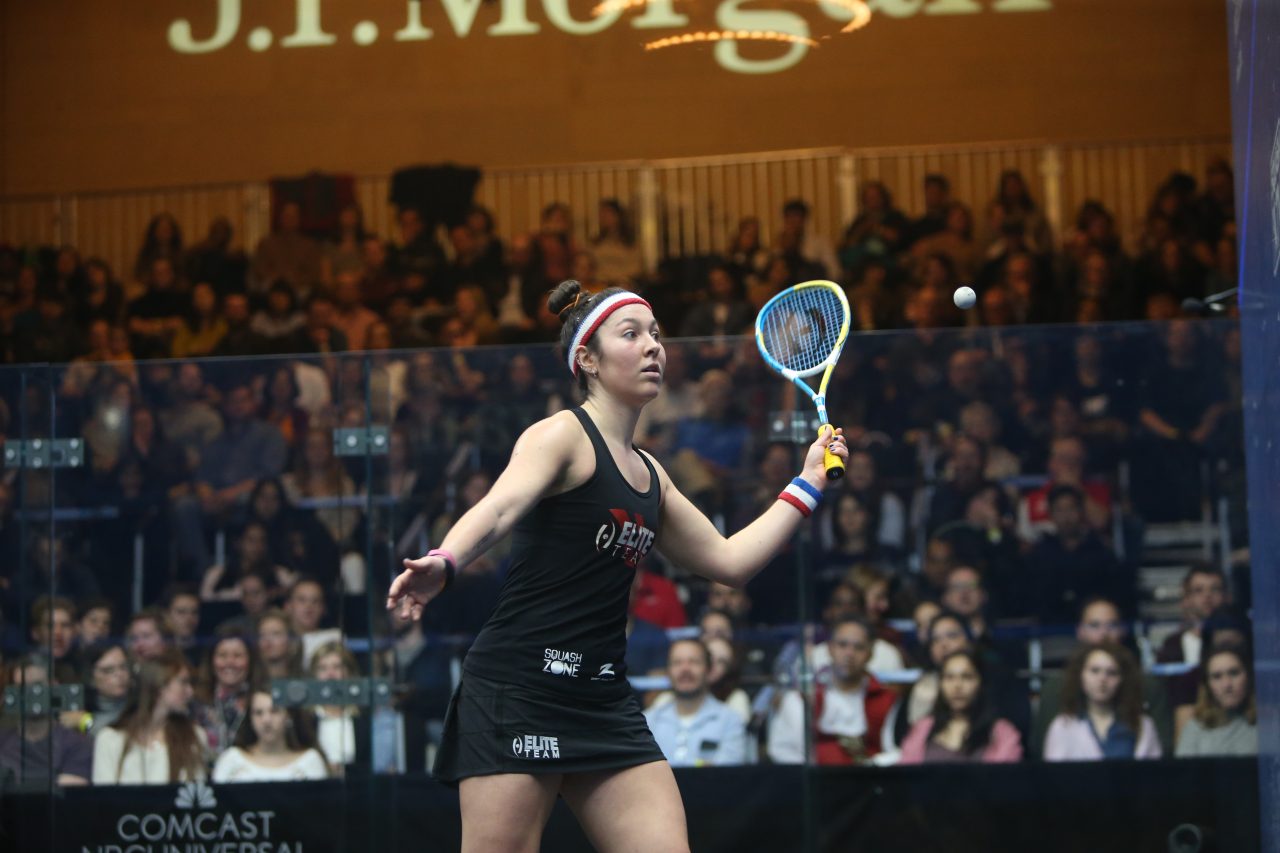 Amanda Sobhy is keen to shine in Chicago

“It’s so important that the World Champs is split equally between the men and women,” said the 25-year-old. “In order for the sport to grow, we need to be promoting the men and women equally and showing that the women deserve the same prize money as the men.

“It’s huge to see that the World Champs in Chicago are splitting the prize pool equally and that there was never a second thought to do anything else. It’s fantastic to see the growth of squash and the increase in prize money.

“Having a $1 million total prize pool for an event has been unprecedented, so it raises the bar even higher for other promoters and events. It just goes to show that there is no stopping the future of squash. There are so many other sports out there where the women are constantly getting less pay than the men, so it makes me really proud to be a part of an association and sport where they view the men and women equally.”

Sobhy is seeded for a potential third-round match against world No. 2 El Sherbini, and is relishing the opportunity to play in front of a home crowd.

“I’m really excited to play the World Champs on home soil,” said Boston-based Sobhy. “I love Chicago and I always get a lot of support when I’m competing there, so I’m just looking forward to playing in front of everyone. It will definitely give me that added push during matches.”