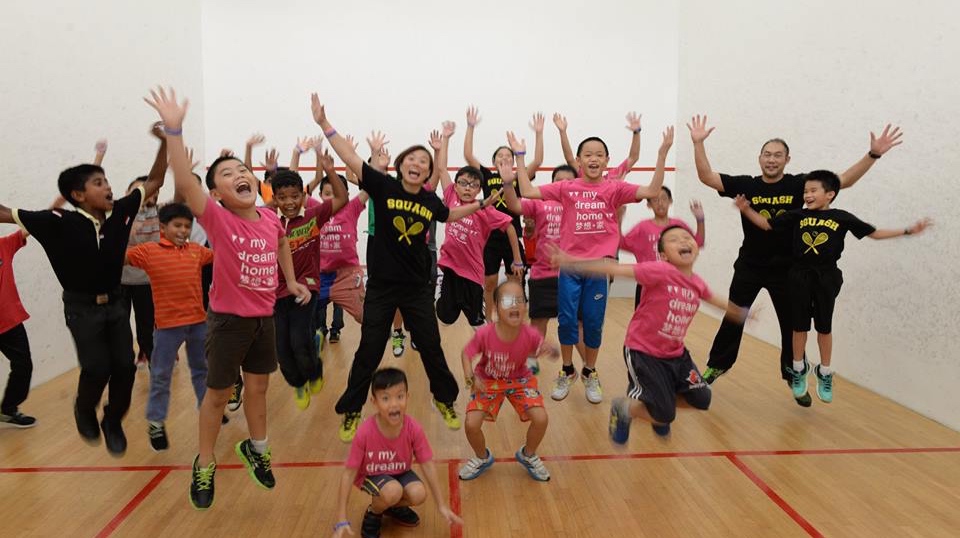 Fun, fitness and friendship the key themes as squash shows why we’re the best sport in the world
By HOWARD HARDING – Squash Mad Correspondent

Clubs all over the planet made a racket for World Squash Day as the game bounced back from its Olympic disappointment to demonstrate all the attributes that make it one of the fastest-growing sports on every continent. 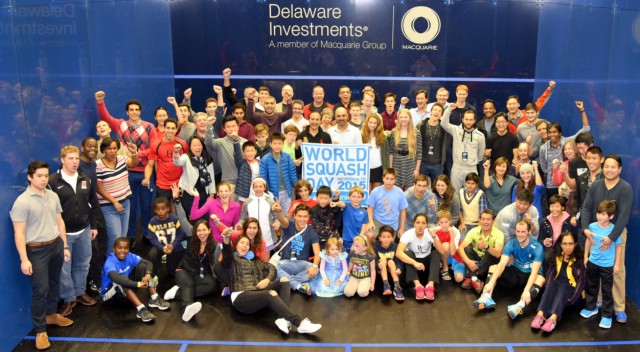 All aboard: stars and fans fill the glass court at the US Open

The Delaware Investments US Open, currently taking place in Philadelphia, donated a percentage of ticket sales from the first round of play.

Many innovative projects were created, designed to involve as many clubs as possible.

And there were some outstanding projects which saw squash academies building partnerships with their local communities.

In Malaysia, former world No.18 Sharon Wee held a free coaching day at the University of Malaya courts in Kuala Lumpur. 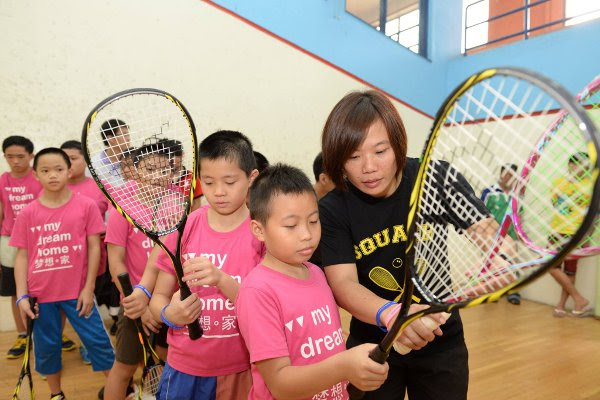 Sharon’s squash academy is championing a youth squash programme dedicated to helping underprivileged children. “We are at the stage of getting the squash community together with sponsors, ministries and the sports council,” said Wee. “We’re all very passionate about making this happen.

“I promise to pull it through. The underprivileged children deserve the chance to be champions in life and their chosen sport.

“Squash has given me a great journey of life. Squash is my school of life and I want the children to experience it, too.”

In the Republic of Ireland capital Dublin, former world No.7 Derek Ryan led Squash Link Ireland on massive cycle ride, stopping off at 20 clubs on the way to play matches against members.

A similar event took place in Scotland, with Grampian Squash enthusiasts riding to and from seven clubs around the city of Aberdeen. With £1,400 raised already, and hopes of a sponsor to match that sum, this could emerge as the biggest single fund-raising event on the day for Unicef. 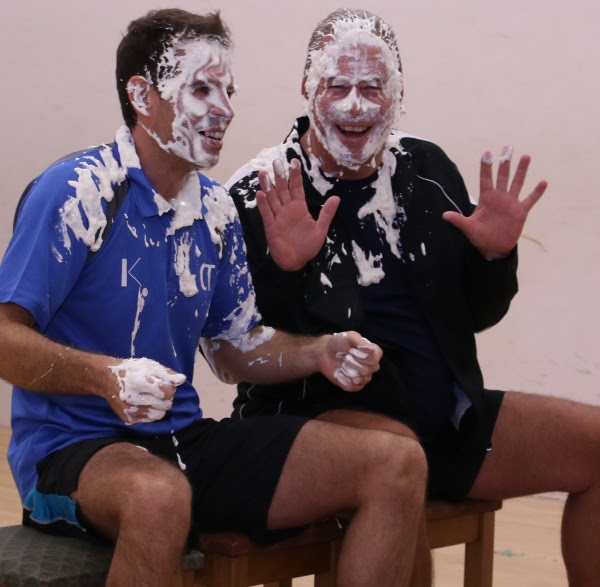 Chris Tomlinson (left) and Alan Thatcher get cream-pied by their juniors!

A two-day festival at The Mote Squash Club in Kent, England, ended up with coaches Chris Tomlinson and World Squash Day co-ordinator Alan Thatcher each receiving a cream pie in the face after their juniors celebrated exceeding their fund-raising targets after serving breakfasts to members.

Nearby, Hawkhurst Squash Club, on the Kent-Sussex border, held another successful 24-hour marathon to raise funds for Unicef. It was Hawkhurst’s marathon last year that sparked the idea behind squash’s decision to partner with Unicef on a global scale, with high hopes of developing that partnership even further in years to come. 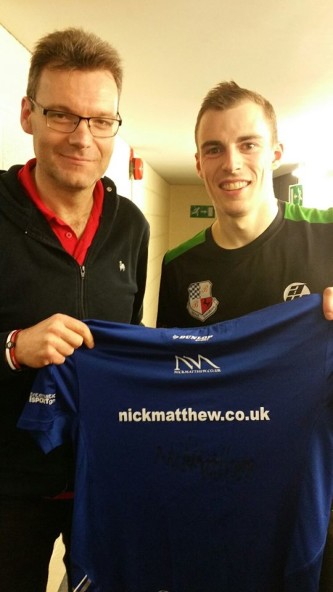 A significant sum of money was raised for Unicef via a World Squash Day auction set up by Lichfield Squash Club member James Roberts, who received some generous bids for items of squash memorabilia donated by star players.

World Squash Day global co-ordinator Alan Thatcher said: “We saw some amazing events take place all over the world, from El Salvador to St Petersburg, and many places in between.

“It was wonderful to see so many thriving squash communities demonstrating the essence of the sport, which is having huge amounts of fun on court, while promoting the world’s healthiest sport and raising significant sums of money for Unicef in the process.

“I want to thank Stuart Guest and his fellow members at Hawkhurst for proving to be the inspiration for our partnership with Unicef. He is a glutton for punishment with another 24-hour marathon this year. I wish every club had someone with Stuart’s ideas and energy.

“We are already in discussion with the PSA about involving the world’s leading players in next year’s event, to ensure that World Squash Day enjoys another day of fun, fitness and friendship, and delivers the maximum impact possible to support Unicef.”

World Squash Federation President N Ramachandran added: “World Squash Day has become synonymous with bringing the sport together – and this year was no exception. A range of activities, especially those involving youngsters, are always a key feature, and adding support for Unicef, has made a perfect link.

“The WSF is very grateful for all the hard-working volunteers and all those who took part, whose efforts made sure that the day was a resounding success internationally.”