Guest Contributor May 17, 2020 No Comments on Temwa Chileshe cleans up at XL (not for the first time!) 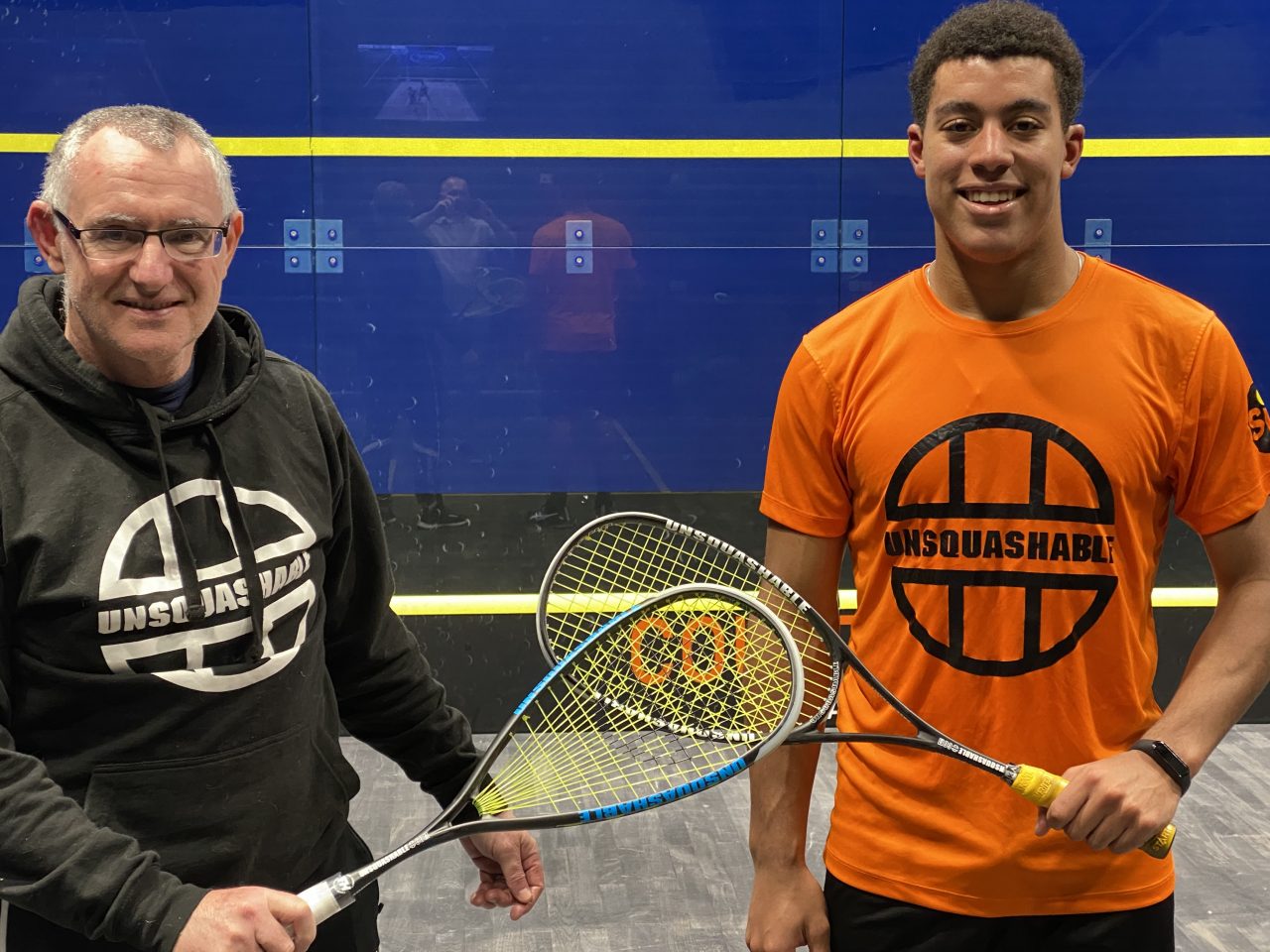 The opening tournament of the Unsquashable Squash Premier League, arguably the first elite sport in New Zealand since the lockdown, proved successful for Temwa Chileshe, the 19-year-old who resides at the host venue, SquashXL.

Chileshe and his final opponent, Joel Arscott, have both made the SquashXL centre in Avondale, Auckland their home over the past eight weeks in a bid to be able to practice, play matches and train in a dedication to the game the want to make a career out of. 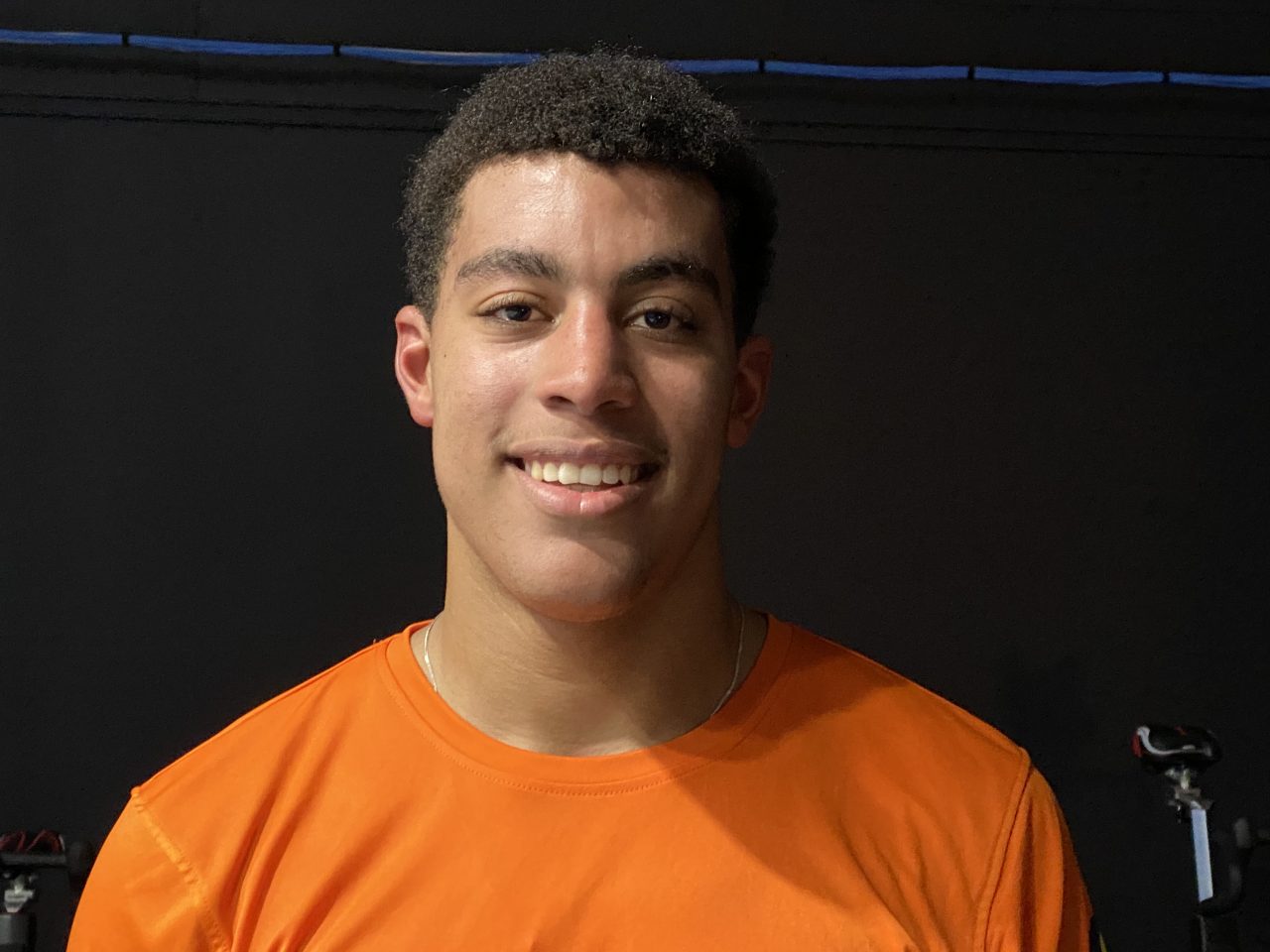 The training obviously helped as they clashed in the final which, although not having PSA world ranking points on offer, there was prize money and the valuable time on court playing competitive matches.

It was a fitting victory as Chileshe (pictured) claimed to be doing most of the cleaning in their dormitory, branded by the buys as their “dungeon”, during the lockdown! And, in the final, he threatened a very quick clean-up with the first two games in the bag in lightning quick fashion.

Chileshe, ranked 337 in the world, started on fire reeling off points with seeming ease and taking the first game 11-4. The second was just as straightforward for an 11-2 scoreline.

Arscott, with a world ranking of 235, re-focused himself during the break and played steadier squash in the third game to force some errors from his opponent and won 11-8. However, in the fourth, when decisions went against Arscott, he wasn’t able to get his concentration high enough as Chileshe stayed on track and won the fourth and final game 11-5 for the title.

Chileshe said: “I’m stoked with winning it and to show people we’ve been working quite hard during lockdown. I think I played a lot better today. You have to start hard and fast in the cooler conditions at night. It’s going to be good to be getting better and better with each tournament against everyone. We’ll all improve, for sure.”

Big brother Lwamba, ranked 150 in the world, joined the commentary team from his lockdown training base in Manchester, England.

In other matches 17-year-old Jack Conder defeated NZ Junior Champion Glenn Templeton, one year his senior, in the Consolation final in five games in 51 minutes 13-10 in the fifth using the ‘long or short’ rule of the player picking if they want victory in ‘next point wins’ or the first to 13 points from the 10-all scoreline.

The plate final had the youngest player in the tournament, Leo Fatialofa, at barely 17, accounted for the oldest, Michael Shelton-Agar (21) in straight games.

The third and fourth playoff featuring Elijah Thomas with a ranking of 257 beat Anthony Lepper at 256. This was a five game epic, also finishing 13-10 in the fifth in favour of Thomas.

The second tournament in the series starts on Friday May 22.