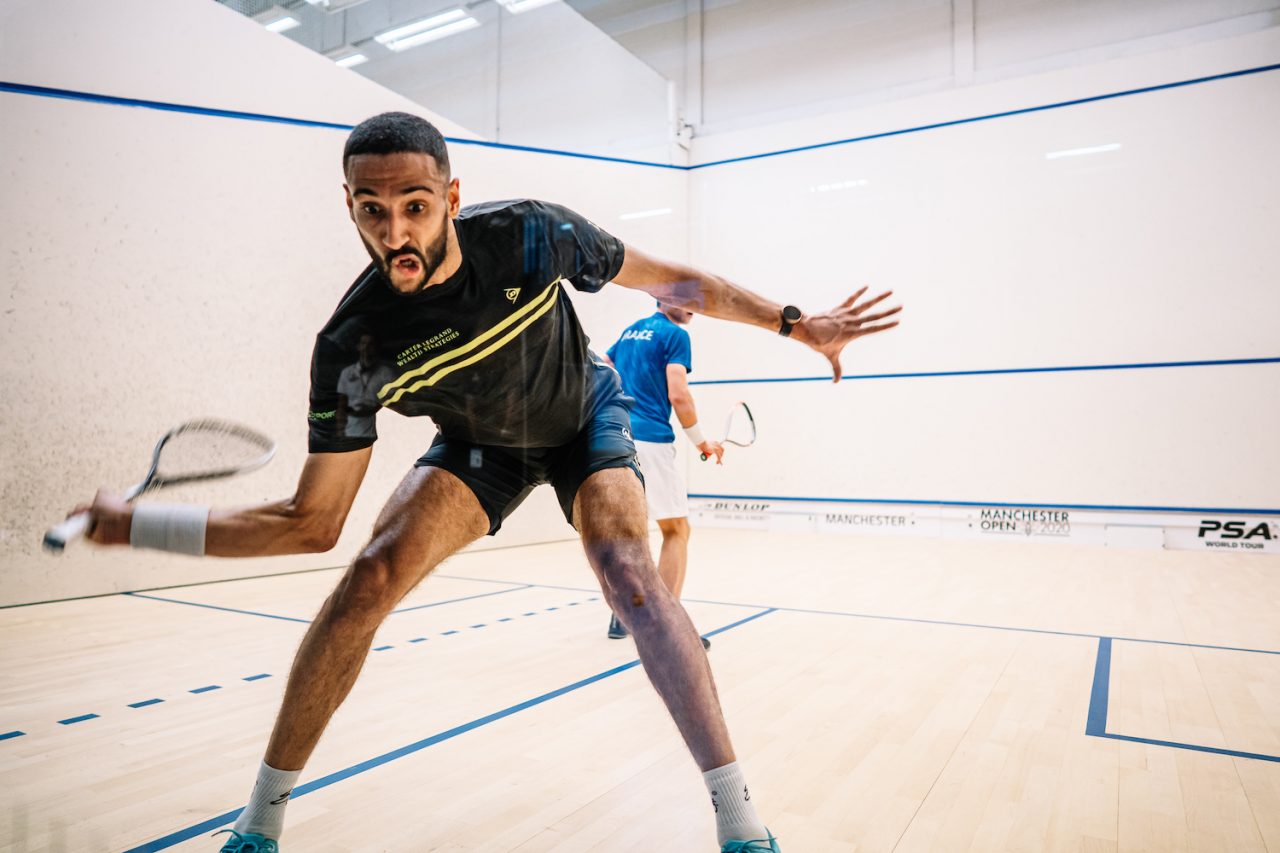 The 2019 runner-up Tesni Evans narrowly avoided an opening round upset against Egypt’s Zeina Mickawy earlier today as she snuck a 3-2 victory to reach round two of the 2020 Manchester Open, PSA Silver tournament taking place at England’s National Squash Centre.

The PSA World Tour has resumed in Manchester for the first time since the global COVID-19 pandemic brought a halt to professional squash in March, but Evans’ absence from the sport has been longer than most after she sustained an ankle injury at January’s J.P. Morgan Tournament of Champions which had kept her out of action until the tour’s suspension.

Evans took a 2-0 lead but she soon began to tire and Mickawy took full advantage of the drop in intensity as she came back to level the scores against an increasingly frustrated Evans. There were some scrappy periods of play in the latter stages of the match and it was nip and tuck in the decider, but Evans held her nerve to dodge what would have been the biggest upset of the tournament so far.

“It was so up and down and she was taking my rhythm all the time and I hate that because I like to play with a lot of rhythm. It was really difficult, she played really well and was hitting shots from everywhere. I’m not really sure how I won but I’ll take that today and hopefully try and improve as the week goes on.

“I told myself to show how much I wanted it and at times I just sat back off her and let her take control of it. I took myself away and tried to give myself a good talking to. If someone was there talking to me they would give me a right load of abuse, so I tried to show myself just how much I wanted to win that and I think that just took me over at the end.” 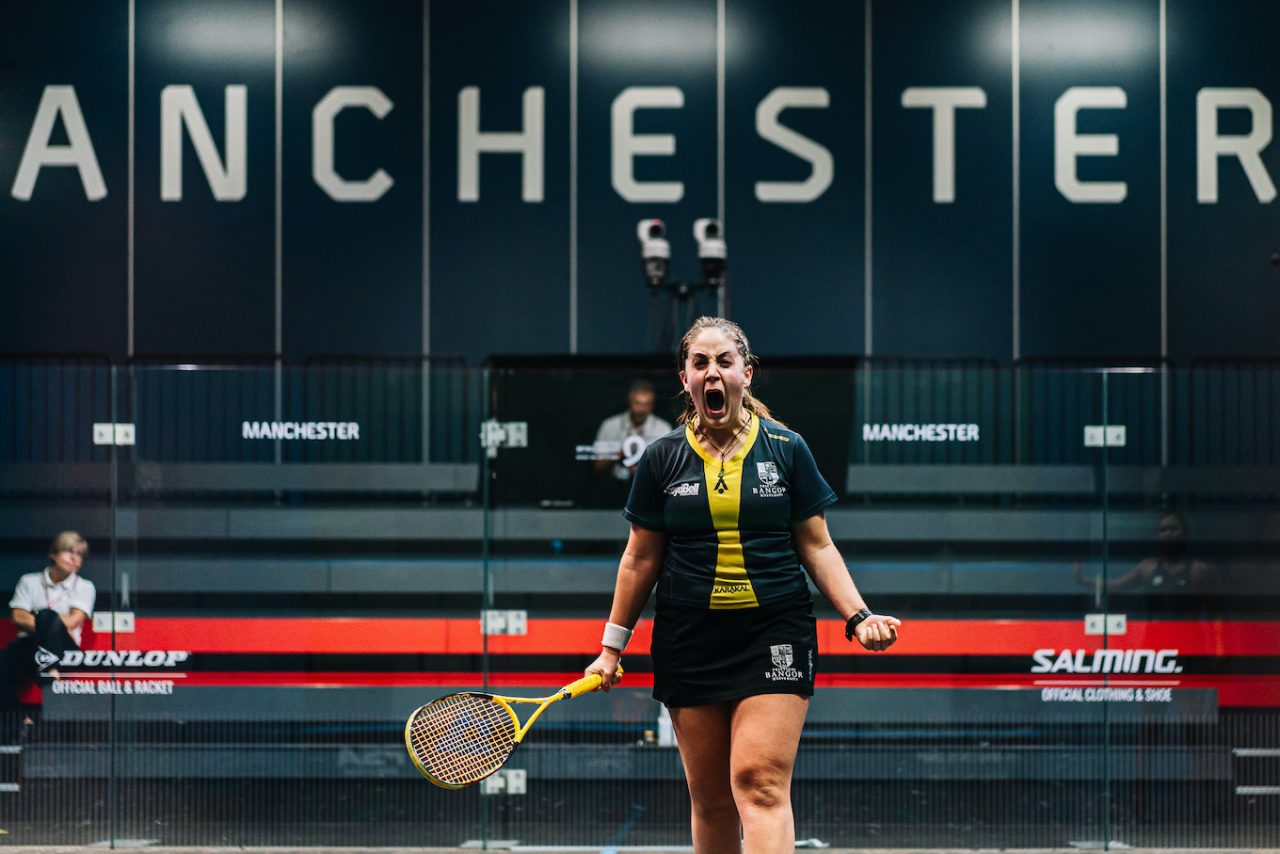 Evans will play England’s Alison Waters in round two, while No.2 seed Nour El Tayeb will line up against Australia’s Donna Lobban in the last after beating World No.46 Jasmine Hutton 11-5, 11-7, 11-4.

Due to social distancing guidelines enforced at the tournament following the global COVID-19 pandemic, players are not allowed to have their coaching team on-site at all and are also required to have their own hotel rooms rather than sharing with their spouses.

El Tayeb normally rooms with husband and World No.2 Ali Farag and relished the chance to catch up with him after her match.

“I haven’t seen him for the last few days, so it’s nice to chat, I miss him,” said El Tayeb.

“It is different, I’m not going to lie, but it doesn’t bother me very much that there is no one watching. I knew Ali was in the venue, so I was a bit calm knowing that my family is around and I’m very happy to be playing again.”

Elsewhere, England No.1 Sarah-Jane Perry came through a scrappy match against close friend and housemate Lisa Aitken to advance to round two to set up a clash with Canada’s Hollie Naughton, who upset No.16 seed Millie Tomlinson to become only the second unseeded player to reach the second round of the women’s event.

In the men’s draw, England’s Declan James saved match ball to vanquish the challenge of World No.42 Victor Crouin. 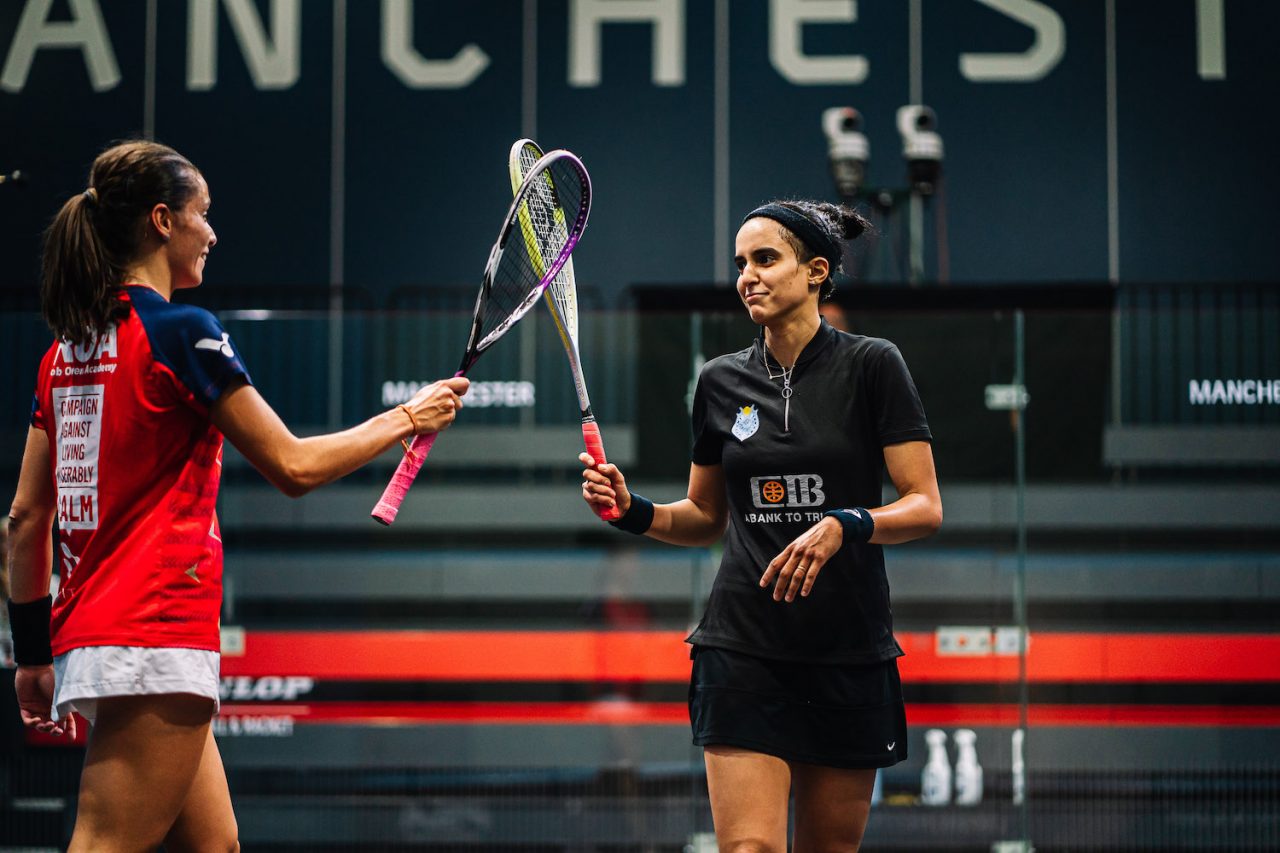 “The brain just goes dead when you’re at that level of exhaustion,” said James afterwards.

“You can’t put two and two together without making five. It was just so hard. I expected it to be tough because he is a good mover. He had some good results last season and he came out of the traps so quickly! I was doing a lot of work, so at the end it was just about survival, and he was going to have to claw the win away from me.”

James will take on World No.3 Karim Abdel Gawad in the last 16 after Gawad overcame another Frenchman, Lucas Serme, also by a 3-2 margin.

It was a real ‘Jekyll and Hyde’ performance from the former World No.1, who showcased his impressive racket skills to take a 2-1 lead, but in the fourth he reverted to the casual style of play that cost him in the opening game. 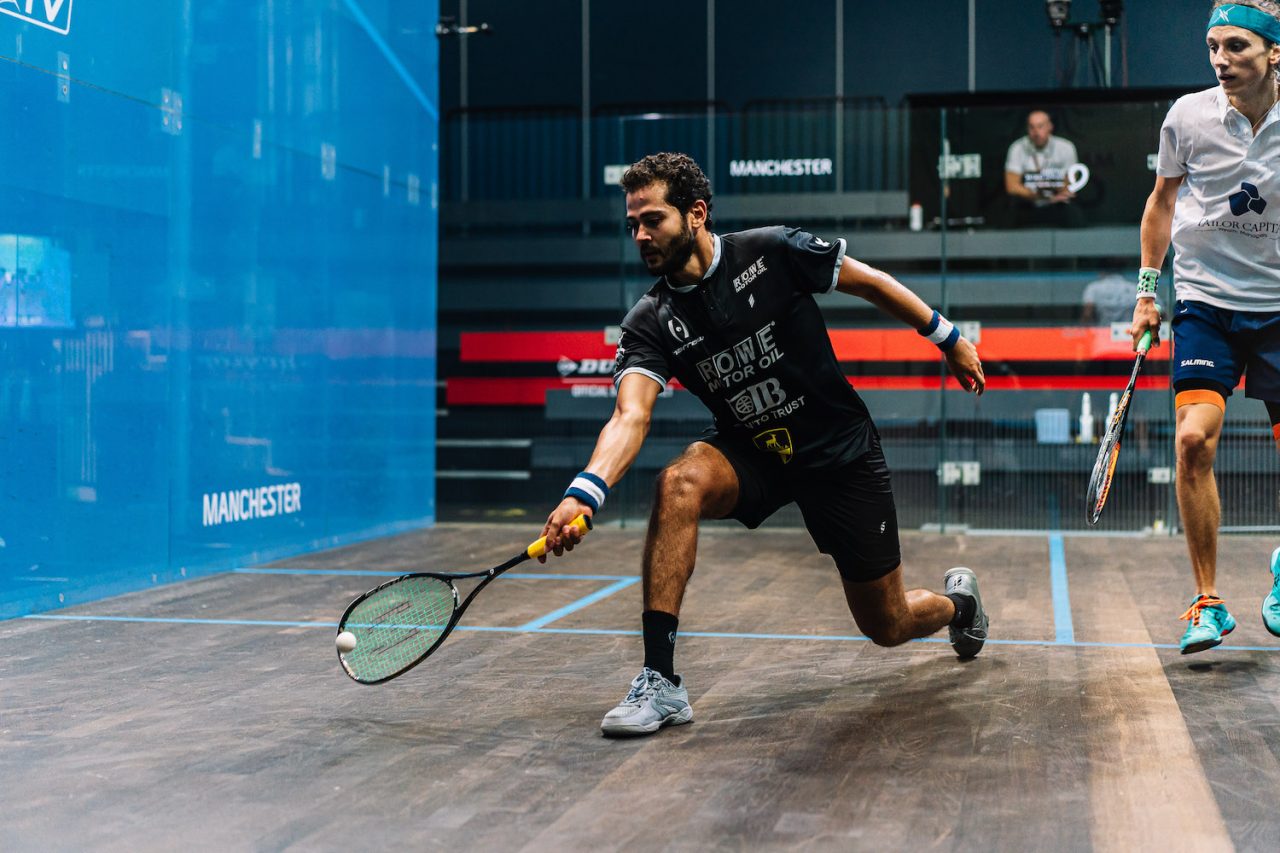 Serme was able to level the scores up, but Gawad often rises to the occasion when a match enters a fifth game, and it was no different here in Manchester as the momentum shifted back into the Egyptian’s favour as he completed a 10-12, 11-4, 11-8, 5-11, 11-6 win in 71 minutes – the longest match of the tournament so far.

“He’s moving very well on court, he’s quick and he also has some very good shots, so it’s hard to play with him, especially after seven months or so off. Playing him in the first round is very tough.”

Elsewhere, World No.2 Ali Farag got off to a winning start against England’s Nathan Lake, while there were also wins for World No.7 Marwan ElShorbagy and World No.8 Simon Rösner.

Rösner will play close friend Nicolas Mueller next after the World No.32 upset World No.15 Omar Mosaad in the day’s final match to become the only unseeded man to make it to round two.

Round two of the 2020 Manchester Open begins tomorrow (September 18) at 11:00 (GMT+1). Action will be shown live on SQUASHTV (rest of world), Eurosport Player (Europe only) and the official Facebook page of the PSA World Tour (excluding Europe & Japan).