Tesni Evans and Simon Rösner roar into US Open semi-finals

Alan Thatcher October 12, 2018 No Comments on Tesni Evans and Simon Rösner roar into US Open semi-finals 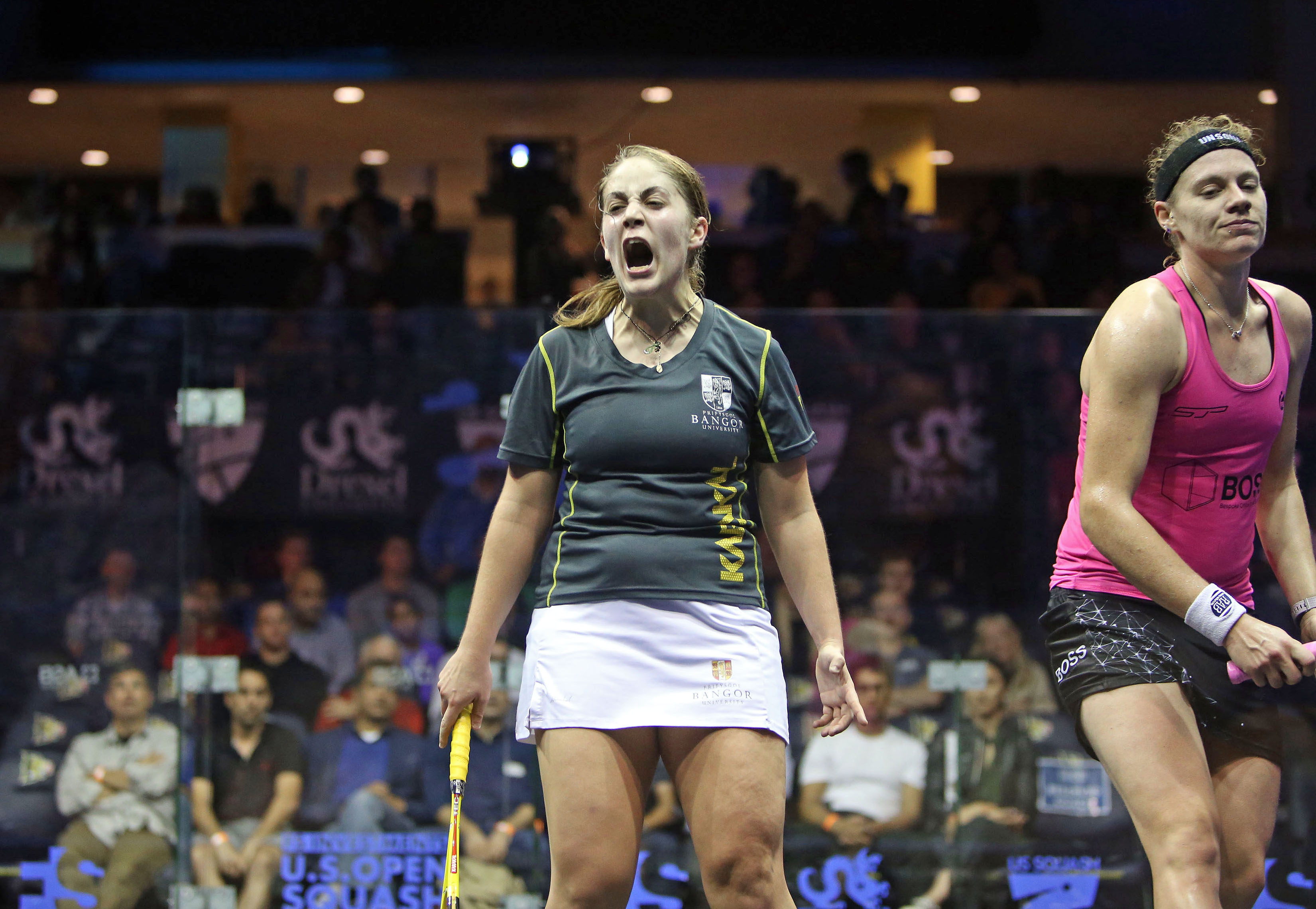 So happy: Tesni Evans celebrates her victory over Sarah-Jane Perry

Welsh World No.12 Tesni Evans and Germany’s World No.5 Simon Rösner achieved milestone victories to reach the semi-finals of the FS Investments U.S. Open Squash Championships after an enthralling evening of squash at Philadelphia’s Drexel University.

Evans became the first Welsh player, male or female, to reach this far in the competition while Rösner is the first German male to do so. Fellow German Sabine Schoene was runner-up in the 1997 women’s final.

Evans, the Welsh No.1, had never beaten Perry in any of their six previous meetings on the PSA Tour, while Perry got the better of her opponent in the semi-finals of the Commonwealth Games singles event on the Gold Coast earlier this year.

Victory meant Evans gained revenge on the two women who beat her in Gold Coast, having beaten gold medalist Joelle King of New Zealand in the previous round.

Inside Drexel University’s Daskalakis Athletic Center, Evans put in a magnificent performance as she fought back from a 2-1 deficit to finally get a win over the World No.8 which sees her become the first Welsh player since coach David Evans in 2000 to reach the last four of a major PSA Tour event.

“I’m really pleased with my performance today,” said World No.12 Evans. “I’m a very proud Welsh person anyway, so it makes me really happy that I can break records as much as I can. I’m so happy that I’m the first one to do it at this event and I hope there are many more after me.

“I’ve only played one tournament before this and I wasn’t quite sure where my level was at, but to beat two world-class players in three days is an amazing achievement. It’s one of my favourite events that I have been to. I love the place, I stay with a really good family and I feel really good here.” 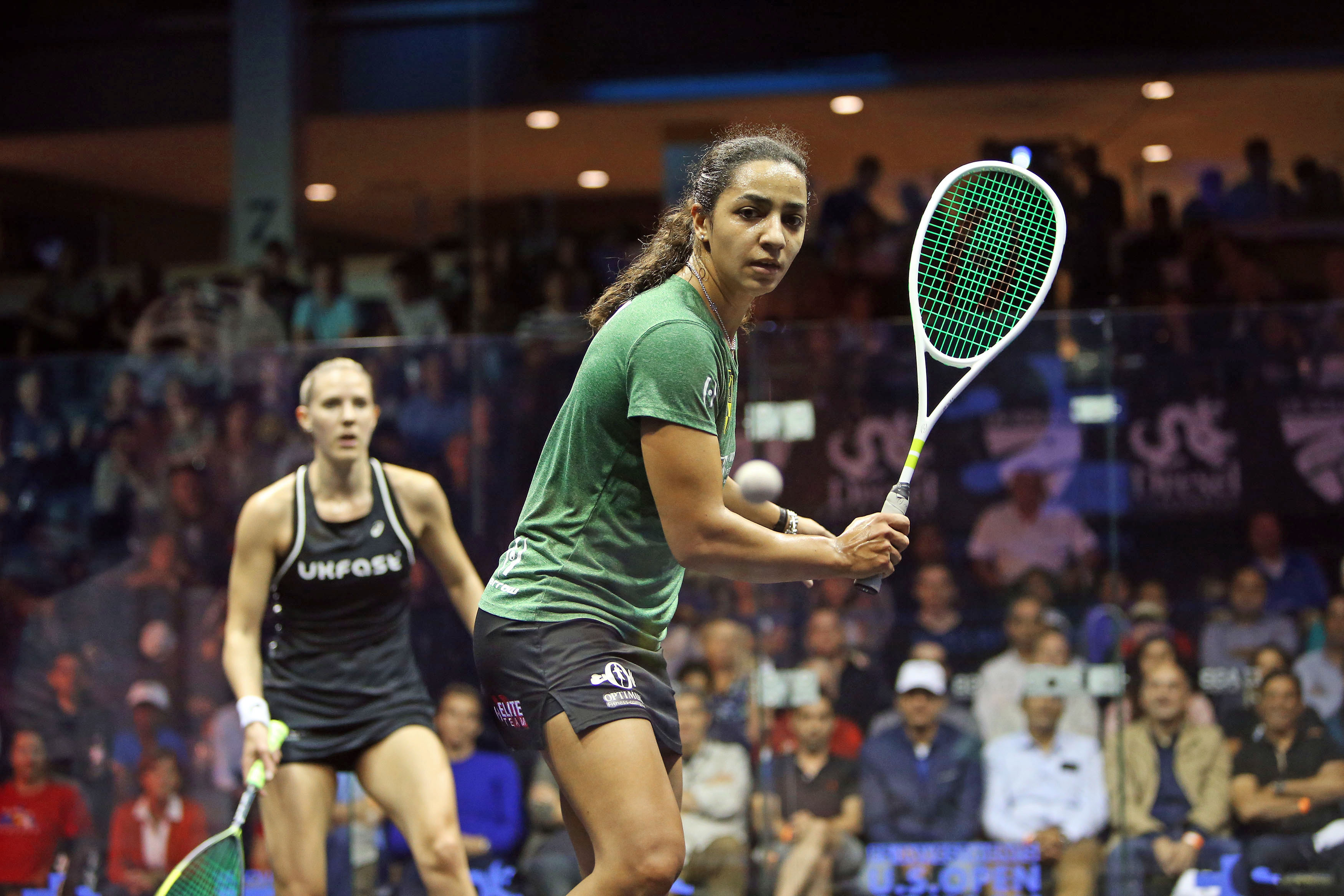 Evans will take on World Champion Raneem El Welily for a place in the title decider after the Egyptian dismantled England No.1 Laura Massaro in straight games, winning 11-7, 11-2, 12-10.

El Welily was a losing finalist at this tournament in 2012 and 2017 and will look to extend her unbeaten run over Evans to six matches as she bids to reach the final of this tournament for a third time.

“It was 3-0 but as you can see from the scoreline it was close, especially in the third,” El Welily said afterwards.

“Laura was really getting me all around the court. Maybe I played safe a little bit, maybe I wanted to win too much so that put a bit of pressure on me, but overall I’m very happy to come out as the winner today and it was a good match.” 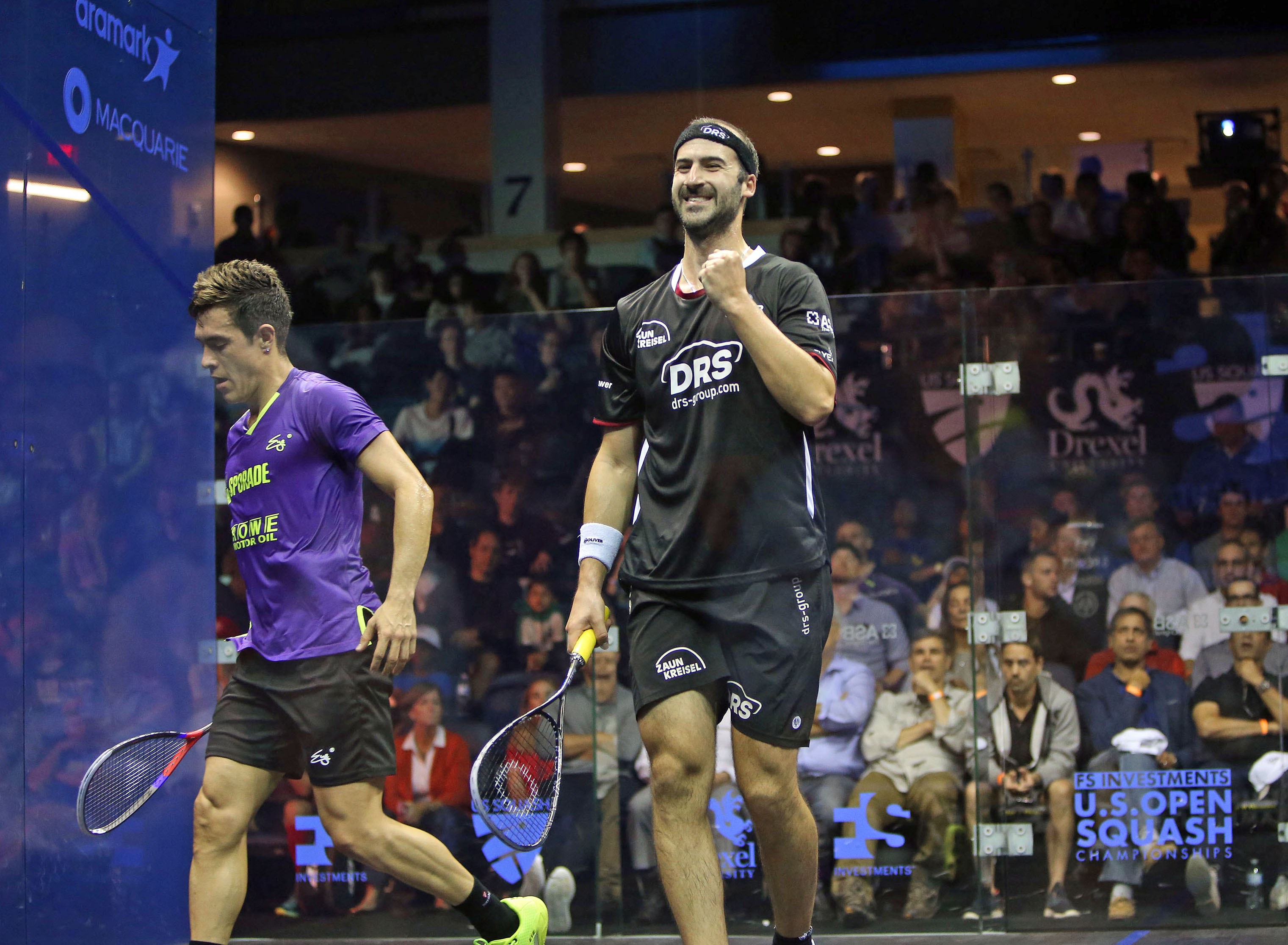 Rösner became the first German player to reach the last four of this tournament courtesy of a masterclass 3-0 victory over World No.6 Miguel Angel Rodriguez.

A breathtaking performance from the Paderborn-based 30-year-old saw him down Colombia’s Rodriguez by an 11-9, 11-6, 11-5 margin and he will line up against defending champion Ali Farag for a place in the final.

“I feel amazing,” said Rösner. “I’m really happy with my performance, especially tactically today. I needed to slow down the pace every once in a while, get into the corners better and I think I managed to do that by chipping it up high in the air from the left-side corner to the right-side corner, and after that I was able to counter-attack.”

Farag, who won this title alongside wife Nour El Tayeb in 2017, earned his place in the last four of this tournament for a second successive year after he outlasted three-time champion Gregory Gaultier after 74 minutes of intense squash. 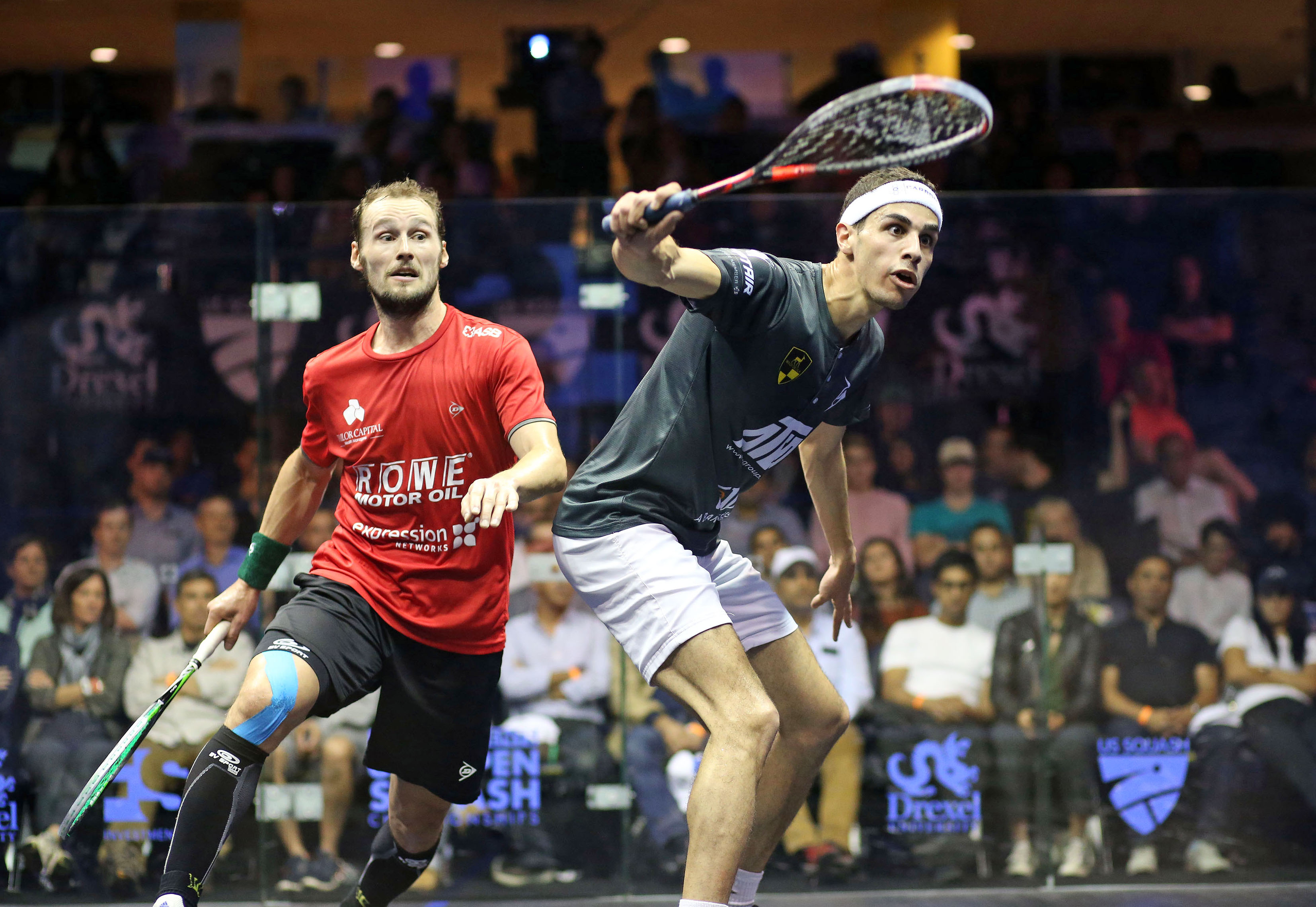 Ali Farag battles past Gregory Gaultier to reach another semi-final

Despite sporting a significant amount of strapping on his right knee, 35-year-old Gaultier tested Farag throughout the fixture and twice took a one-game lead, but the unrelenting pressure from World No.2 Farag eventually took its toll as the Egyptian powered to a fifth-game victory.

“I have to give a huge amount of respect to Greg,” said Farag. “I’m glad I had Nour [El Tayeb] in my corner, who kept telling me to keep pushing and that I would find a way somehow. I don’t know how I did it, but it just happened and I’m so relieved to be in the semi-finals again.”

The semi-finals of the U.S. Open will take place from 17:00 local time (GMT-4) on Friday October 12. Fixtures will be shown live on SQUASHTV (Rest of World), Eurosport Player (Europe only), and other mainstream broadcast channels such as BT Sport, beIN Sports, Fox Sports Australia and Astro.