Alan Thatcher April 1, 2020 No Comments on Tight at the top as Mohamed ElShorbagy stays ahead of Ali Farag

So close: Mohamed ElShorbagy (left) is just a few points ahead of Ali Farag in the world rankings

Egyptian duo Mohamed ElShorbagy and Raneem El Welily will stay at the summit of the PSA men’s and women’s world rankings until the Tour resumes.

The PSA announced today that the world rankings have been frozen during the ongoing suspension of the PSA Tour due to the global outbreak of COVID-19.

As announced on March 13, both the PSA World Tour and PSA Challenger Tour are currently suspended until the end of April and these frozen rankings will stay in place until the tour resumes.

The rankings are frozen as of March 16 to take into account the fact that there were three tournaments taking place over the weekend the announcement was made to suspend the tour.

The frozen rankings mean that points accrued from the 2019 edition of tournaments postponed or cancelled due to the suspension of the tour – for example the Grasshopper Cup and El Gouna International – will remain on players rankings as the 2020 edition of those events cannot take place at present. An expiry date for these points will be finalised when the tour resumes.

The same will apply for tournaments later in the year if the suspension of the tour is extended.

Ali Farag sits less than 30 ranking points below ElShorbagy following his defeat to the Bristol-based Egyptian in the final of the St. James’s Place Canary Wharf Classic last month, which was the last men’s PSA Tour event to take place before the suspension.

Other changes in the men’s top 20 include Omar Mosaad moving up two spots to No.15, Zahed Salem rising to No.17 and England’s Adrian Waller rising to No.19. Former World No.1 James Willstrop drops five places and takes the last spot in the top 20. 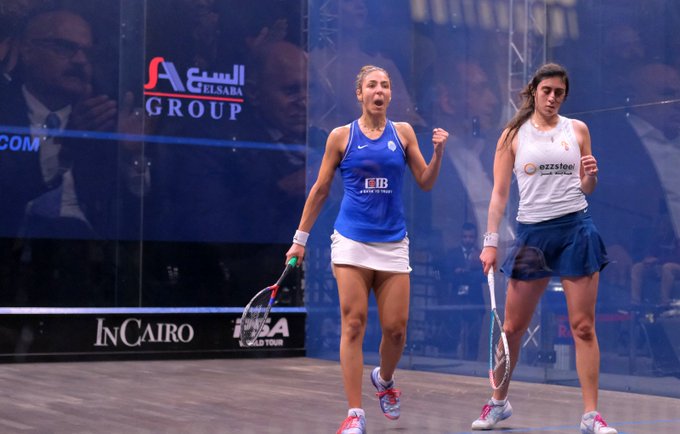 Hania El Hammamy has risen to No.7 in the world after winning the CIB Black Ball final

In the women’s rankings, Nouran Gohar stays at No.2 ahead of World Champion Nour El Sherbini, who overtakes France’s Camille Serme to make it an all-Egyptian top three.

England’s Sarah-Jane Perry rises to a joint-career high of World No.6 to sit ahead of Hania El Hammamy, who rises three places to a career best No.7 ranking courtesy of her maiden Platinum title win at the Black Ball Open in March.

Kiwi Joelle King falls three places to No.9, while Welshwoman Tesni Evans stays at No.10. Elsewhere, Olivia Blatchford Clyne rises three spots to No.13, while Rowan Elaraby moves up five spots to a career high No.16 ranking.

Nada Abbas takes the final spot inside the women’s top 20, moving up seven places to reach the top 20 for the first time. 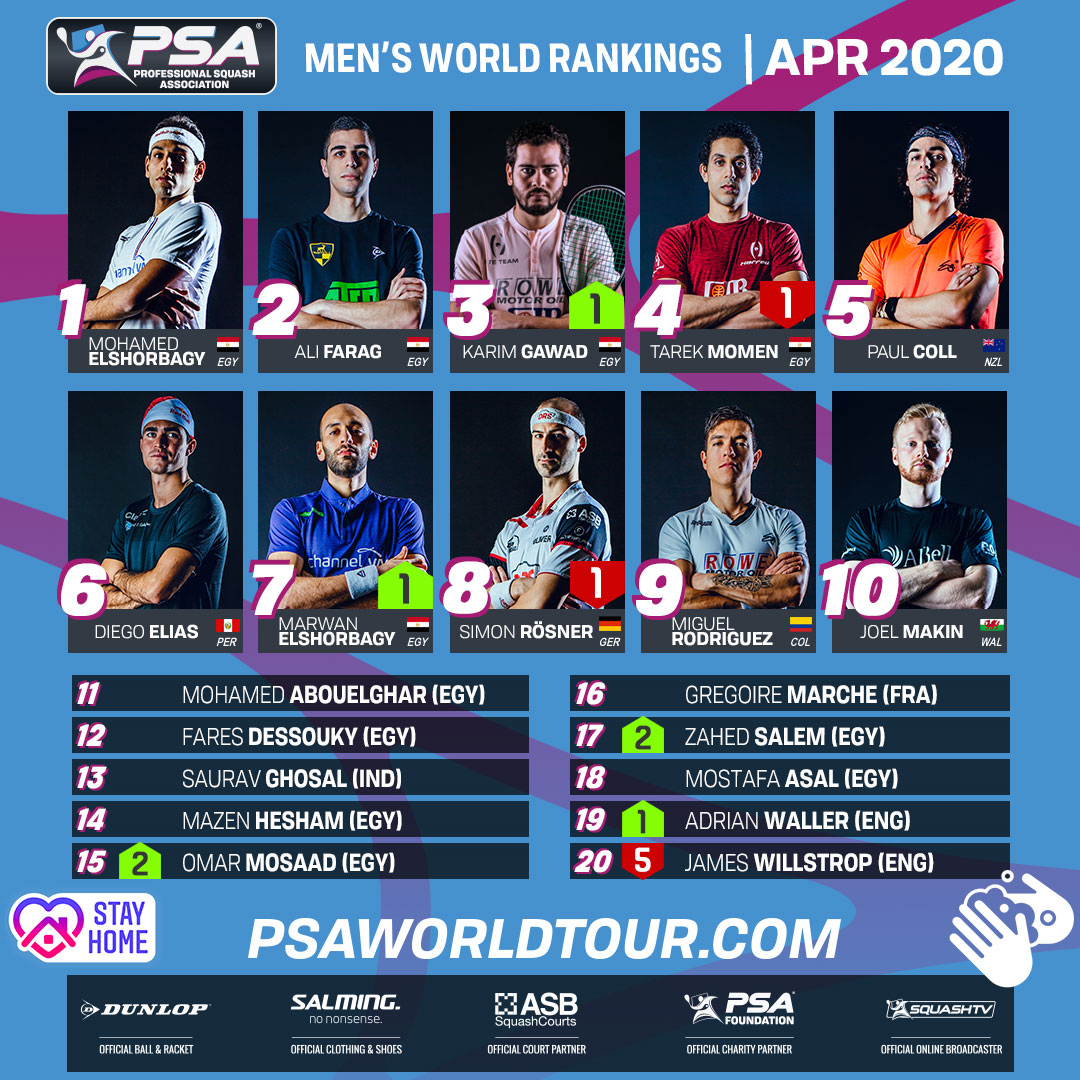 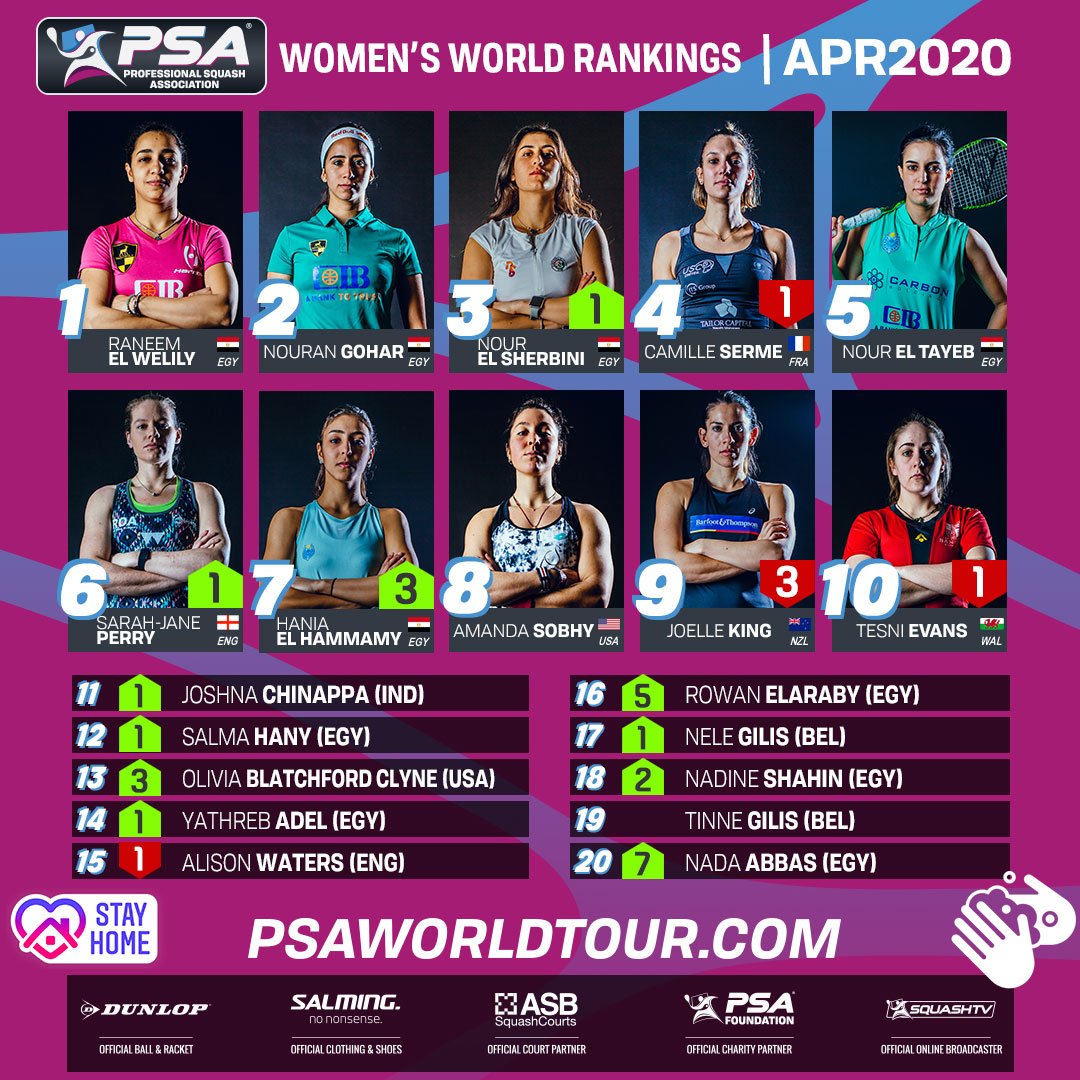