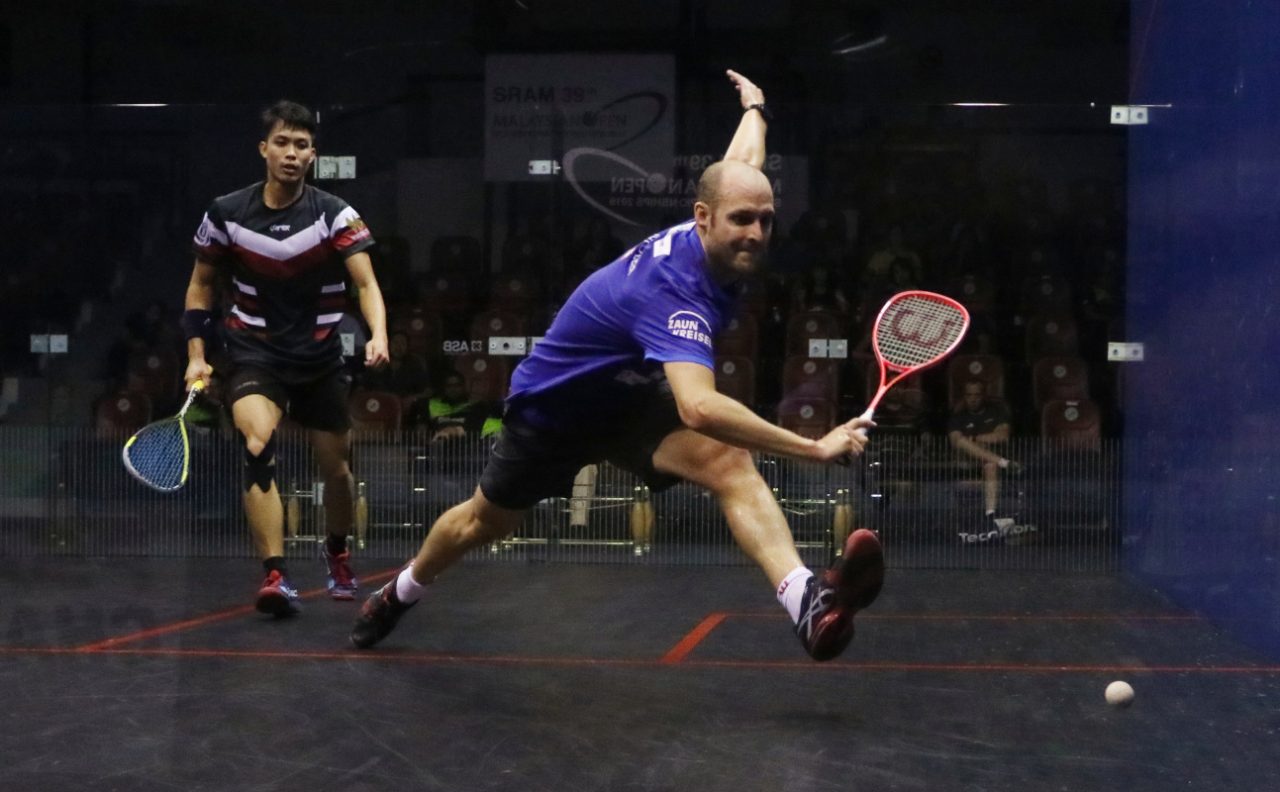 KUALA LUMPUR – Ng Eain Yow, Low Wee Wern and Rachel Arnold kept the home hopes alive in the Malaysian Open on a day when the seeded players lived up to their billing in the quarter-finals.

The 21-year-old Eain Yow had a lot riding on his shoulders, especially with Malaysia not having a men’s winner since 2010.

And the world No. 37 certainly put in the good work as he produced a smart performance in seeing off Pakistan’s Tayyab Aslam 11-9, 12-10, 11-2 at the National Squash Centre, Bukit Jalil on Friday.

The fourth seed looked hesitant on his shots in the early stages and it allowed sixth seed Tayyab to play his way into the contest.

Twice however, Eain Yow kept a cool head as he edged out the first two games before stepping it up in the third for an easy 11-2 finish.

“I think I made it tougher for myself today. The last few times I played Tayyab it was always a close 3-2 and I was a bit nervous and cautious at the start,” said Eain Yow.

“But once I got into the rhythm, the third was easy. I probably should have started playing like this from the start but I’m still happy to go through in three games.

“Of course it always a physical tussle with Tayyab as well. He’s a smart player who uses his body well and if I put the ball loose in the middle he’s going to shut me off.

“So I thought I did well in that aspect, kept my emotions in check at times when there were a lot of contact.”

Eain Yow, who finished runner-up in the 2017 edition, goes on to meet unheralded Rui Soares from Portugal in the semi-finals.

This means both Eain Yow and Soares will be battling to reach their first ever PSA Challenger 30 final.

World No. 28 Mueller, who had saved three game balls to sneak in the first, had looked to be cruising after going 2-0 up.

Ivan however threw everything at him and hit a few amazing winners to level the tie and force a deciding rubber.

Unfortunately, it was Mueller who started stronger in the fifth and he duly wrapped it up in 66 minutes.

“It was a very tough game as Ivan is so talented. I was lucky to win the first and I snuck in a 2-0 lead but I knew Ivan was always going to come back firing,” said Mueller.

“I didn’t had such a good start in the third and fourth and Ivan was hitting winners from everywhere.

“Maybe I played the big points better, maybe I was a bit hungrier or maybe it was just a bit more luck. But after two five-setters, I’m definitely in the tournament and I’m all warmed up now.”

“I was really tested physically and mentally today. At 2-0 up I thought I would be fine for a 3-0 win but I was surprised with the way Edmon came back,” admitted Youssef.

“He put up an amazing performance and it was unbelievable the way he adapted. The fifth game was a bit of a drama but I’m proud of myself for coming through.”

In the women’s competition, the Malaysian challenge is very much alive with defending champion Low Wee Wern and third seed Rachel Arnold both making it to the last four.

“Menna had a good run on the PSA lately and you can never take an Egyptian for granted as they are always willing to go all out,” said Wee Wern.

“I think I was unlucky in the third and I should have closed it out but I started and finished the fourth strongly.

“Overall my game is falling in place better. I’m hitting better and that it turn helps me move better and it’s really about me finding my game when I take on Vanessa.”

“I slowed down a bit in the third and she attacked more which caused me to panic a bit but I’m glad to have gotten it back in the fourth,” said Rachel.

“It feels good to get some good results because I haven’t been playing all that well recently and it’s definitely nice to be in the semi-finals here in KL.”

Rachel, who will feature in her second PSA Challenger 20 semi-final, goes up against top seed Rowan Elaraby of Egypt for a place in the final.

“I knew it was tough because I lost to Sabrina two years ago when she wasn’t even training full time yet,” said Rowan.

“It’s definitely tougher now since she’s finished her studies so I’m happy to get through because I do want to prove myself on the PSA.”