Alan Thatcher March 26, 2020 No Comments on Victor Crouin and Baptiste Masotti: France on lockdown but training still goes on

Victor Crouin in action in the Springfield Scottish Open

Squash in France is on lockdown because of the Coronavirus. But that hasn’t stopped French players Baptiste Masotti and Victor Crouin, ranked 41 and 42 in the world, from arranging daily training sessions.

Both players have enjoyed a successful season, with each of them producing some outstanding results at the Egyptian Open, where Masotti overcame Borja Golan, Miguel Rodriguez and Eain Yow Ng before falling to Joel Makin in the quarter-finals. Crouin beat Cesar Salazar and Miguel Rodriguez befoore going out to Makin in the third round.

For Crouin, 20, he has faced the added complications of heading home to France after the end of the squash season at Harvard and resuming his studies online. Fortunately, Crimson coach Mike Way has provided him with some daily fitness plans.

Here, Crouin explains how life has unfolded over the past fortnight.

As you have probably seen over the last few days, the French government has gradually restricted as much as possible people’s freedom of movement.

Since Tuesday (March 17) at 12 noon, every citizen has been asked to stay at home and to restrict his or her time outside to a brief physical activity (walks, runs on your own), to pick up groceries or drugs, and in case you must help someone in need (elderly, pick-up/look after children, ..).

Everyone who needs to go outside needs to keep on him/her an attestation stating the reason we are outside. Fixed and random police controls are made in the areas where people tend to be concentrated. Finally, people who can’t work from home are allowed to leave their house and drive to their work location.

Additionally, since last Friday midnight, every non-essential stores have been closed, including gyms and sports centers. Despite the gravity of the situation, I am unsure that we are all aware of the regulations and we could still witness people queuing at the supermarket or concentrated in the outside markets. 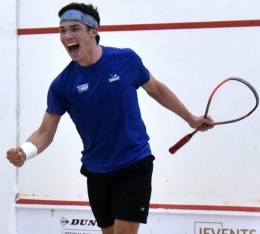 Of course, the squash community has been impacted by these measures as our squash centers are closed and we are all trying to adapt our practice sessions every day. It seems that “summer training” has started earlier this year.

Even though I am not particularly proud of the civic-minded behaviour shown by some of my compatriots, I cannot criticize too much because I realize that I, myself, am thinking about how to bypass the rules every day.

Ultimately, I make up my mind and stay at home as much as I can, but I understand the frustration some of us can feel. I also remind myself of how hard people must work in hospitals to heal and save lives, and so I think it is important to take as much precaution as possible.

I also think staying at home is not the worst thing to do and I often found myself at the end of the day with no time to finish what I had planned to do! So, days are as busy as usual and it’s resourceful to be home and enjoy the company of the family.

The French national squash centers (Créteil for the women and Aix-en-Provence for the men) are closed as much I am aware of, and I know that the INSEP – the biggest national sport center in Paris hosting all the best French athletes for all Olympic disciplines – is closed for at least 15 days.

Personally, I haven’t received any advice from the French federation or the national squash coach on how stay fit. My dad is my principal coach, although I work with Mike Way at Harvard, and so we have planned sessions to do every day (inside or on the terrace outside) to stay fit and improve my physical skills.

So, to answer your question, I am working on my own and we haven’t received any clear advice on how to proceed. For example, I was wondering if I could go outside and do some bike sessions.

I have asked the national coach who forwarded me an extract of a newspaper article talking about the issue, but I haven’t received any official directives from the Minister of sports or my federation.

Everyone is asked to stay home and no exception has been granted to athletes or squads of athletes.

I don’t have any information about junior programs, but again, all governmental-run centers are closed, so there is no possibility for juniors to be regrouped to train together.

About College Squash:
The individual Championship took place the weekend of the March 7-8 and that’s when colleges started to put restrictions on team travels. Fortunately for us, it was the last competition of the college squash season.

On Tuesday 10th, Harvard University announced that all undergrad students must move out of their dorms before the end of the week. Other colleges followed this measure.

Luckily for us again, we were on “Spring Break” that week, so it was a good time to move out, go home, and figure out how to proceed for the next couple of weeks.

On Monday, classes started again and at Harvard, everything moved online on a platform called Zoom.

Harvard let us know a few days ago that final exams will not be held as usual and that instructors will let us know in the couple of weeks on how they will proceed. They haven’t told us officially, but it looks like we won’t be returning on campus before September when the next semester starts!

Editor’s Note: Thank you, Victor, for sharing some personal news and important information. I am sure you will find plenty of fun and resourceful ways to keep fit … and the odd blank wall to hit a ball against! 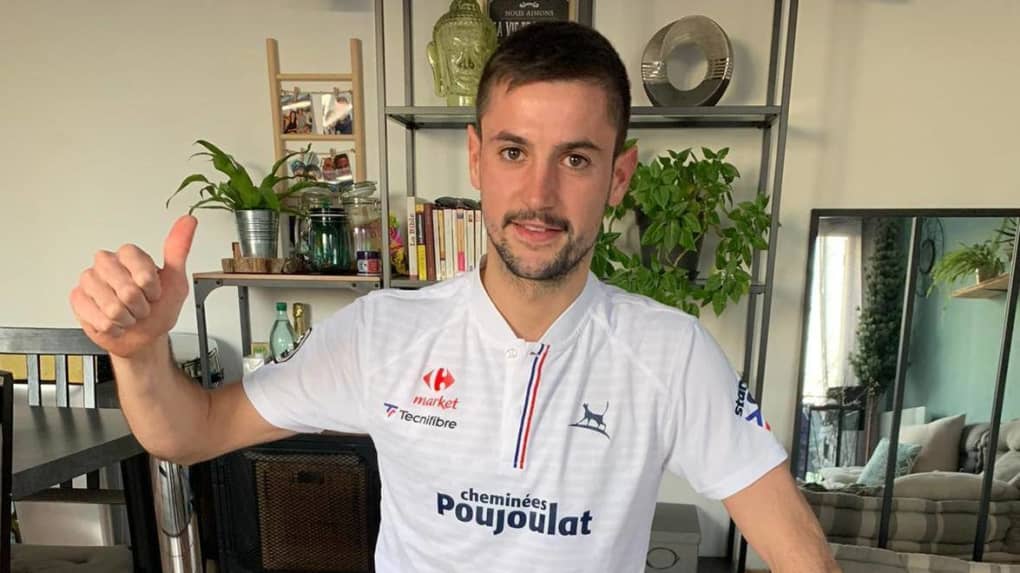 Baptiste Masotti has also enjoyed a successful season. The 24-year-old from Niort told of his frustrations and his need to keep training in an interview with journalist Martial Debeaux from La Nouvelle République.

Masotti, 24, is close to breaking into the world top 40 after showing some fine form in recent months.

He added: “I train at home, and I try to go out a bit because I am still waiting to receive a part to fit the bike on the home trainer. I go running twice or three times a day. I have found a parking lot five minutes away. There is no one there and there is a hill as well as some stairs.

“To be honest, I am not sure what I am training for. Probably to stay fit, blow some steam off and remain sane. I am used to doing two sessions a day, so if I don’t do any exercise I’ll lose the plot.

“The PSA have cancelled all tournaments until April 27, and we don’t really know when it’s going to start again. Will they reschedule some tournaments during the summer? Will the season be postponed? As far as rankings go, how will it work since we have to defend the points from the previous season?

“I have a few sponsors supporting me, such as Poujoulat and Stand Op. They help me financially throughout the season so I can enter tournaments. But at the moment there are none so we don’t earn any prize money. Luckily, I had had a good year so far so I’ve been saving some money.

“It’s the same for everyone, and some people are losing much more money than I am. We are all going through the same shitty situation, and I am really concerned about what is going on. I hope everyone in France and abroad will do everything they can so that is crisis can be over as quickly as possible.”