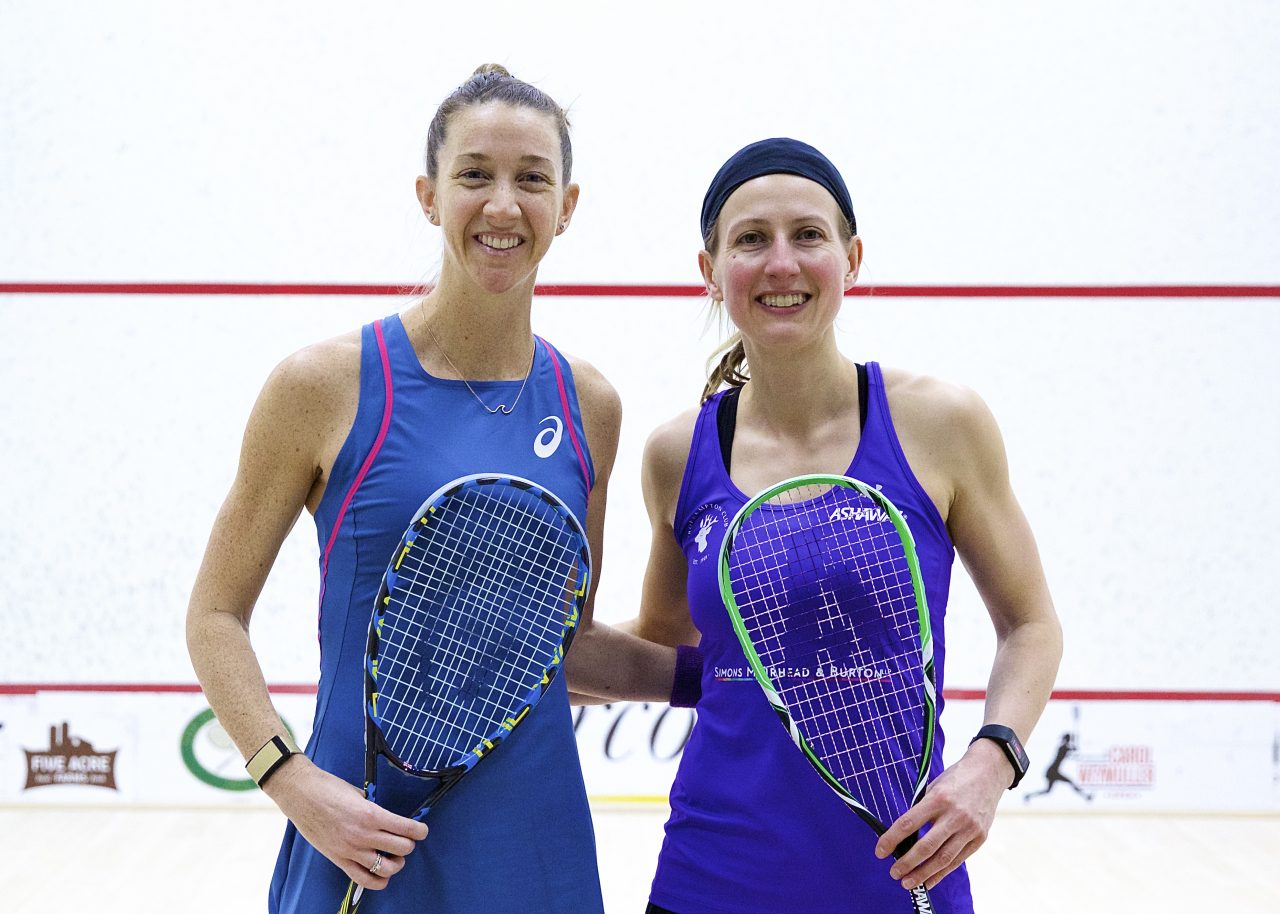 Australia’s Donna Lobban revealed the benefits of her move to Sheffield as she overcame England’s vastly experienced Alison Waters in the second round of the Carol Weymuller Open at Heights Casino in Brooklyn.

Lobban and her Scottish husband Greg are based at the Hallamshire club and she thanked coaches Nick Matthew and Neil Guirey, and strength and conditioning coach Mark Campbell for helping her to revive her career after coming back from injury.

Donna started the match well, using her strong volley and taking time away from Alison and forcing some errors. They both played some long arduous rallies with wonderful displays of speed and athleticism. Donna in particular was getting back amazing shots and making it so hard for Ali to win her points. Donna came through to win the first 11-7.

In the second game Ali really dug in and put a lot of work into each rally and managed to squeeze a few errors and loser balls from Donna. Ali came through 11-3, but the score did not depict the quality of the game and the wonderful display of thoughtful, accurate, attacking squash from both players.

The third game was the reverse of the second and it was Donnas turn to have more control. She varied the pace expertly, whilst also continuing to take the ball so early. Donnas lob got her out of trouble and the constant pressure forced some errors from Ali. Donna won the third game 11-4.

The match was so competitive but played with such great sportsmanship. Each player was fighting so hard to win, but still managed to have a smile here or there and there was obviously a mutual respect on the court. So great to see!

In the fourth game it went down to the wire, though Donna had taken an early lead at the beginning of the game. Ali was not going out without a fight and managed to win four points in a row to go 9-8 up. It was Donna that managed to apply the pressure the best in the final points and Ali made an error on a volley drop sitter taking Donna to her second match ball at 11-10 and she came through to win on a stroke taking the match 11-7, 3-11, 11-4, 12-10.

Her reward is a quarter-final clash with top seed Nouran Gohar on Saturday. An incredibly happy Donna said: “Over the moon might be an understatement!” Regarding her improved movement, she added: “I’ve been working in Sheffield with Mark Campbell my strength and conditioning coach and Nick Matthew and Neil Guirey on my on-court movement.

“Ali has so much experience and she is such a tough competitor and very clever. Win or lose I know if would be tough and I knew that even if I was up in the game it wasn’t over! I’m really pleased to close it out in four games. It was a really fair and enjoyable match. I have never played Gohar before, so I am looking forward to it. I have no pressure on me and I can give it my all and I also have a day to regroup, rest and recover.”

Gohar began her tournament with a comeback win over Melissa Alves of France. The Egyptian, nicknamed ‘The Terminator’ for her hard hitting, lost the first game 11-5, but Gohar was able to turn the match around with relative ease, taking the victory in 32 minutes.

No.8 seed Salma Hany made it two Egyptians through to the quarter finals in the top half of the draw, as she overcame England’s Victoria Lust in another four-game affair. It was level after two games, but the World No.14 got the better of the World No.15 by winning both the third and the fourth.

The 23-year-old Egyptian will now face World No.5 Camille Serme in the last eight, with the Frenchwoman winning her first match of the event in straight games, downing Zeina Mickawy 3-0.

It was Serme’s first outing since winning the J.P. Morgan Tournament of Champions six days earlier, and seemed to carry that imperious form into the Heights Casino, as the only player to not drop a game on day two of the tournament.

Serme won the first game 11-5, before then taking a slightly tighter second stanza 11-8. The third went to a tie-break, but the World No.5 was able to come through, booking her place in the last eight of the tournament.

“I am happy to be back here because it is lovely tournament, with all the families hosting us and supporting. It is very different from last week [Tournament of Champions],” Serme explained.

“I need to focus on the quarter final against Salma [Hany], because she has beaten me before in the past. I need to take it seriously if I am to win.”

Those who played on Thursday will have a rest day, while the bottom half of the second round is played this evening in Brooklyn, with Joelle King, Nour El Tayeb, Joshna Chinappa and home favourite Amanda Sobhy all entering the tournament at this stage.