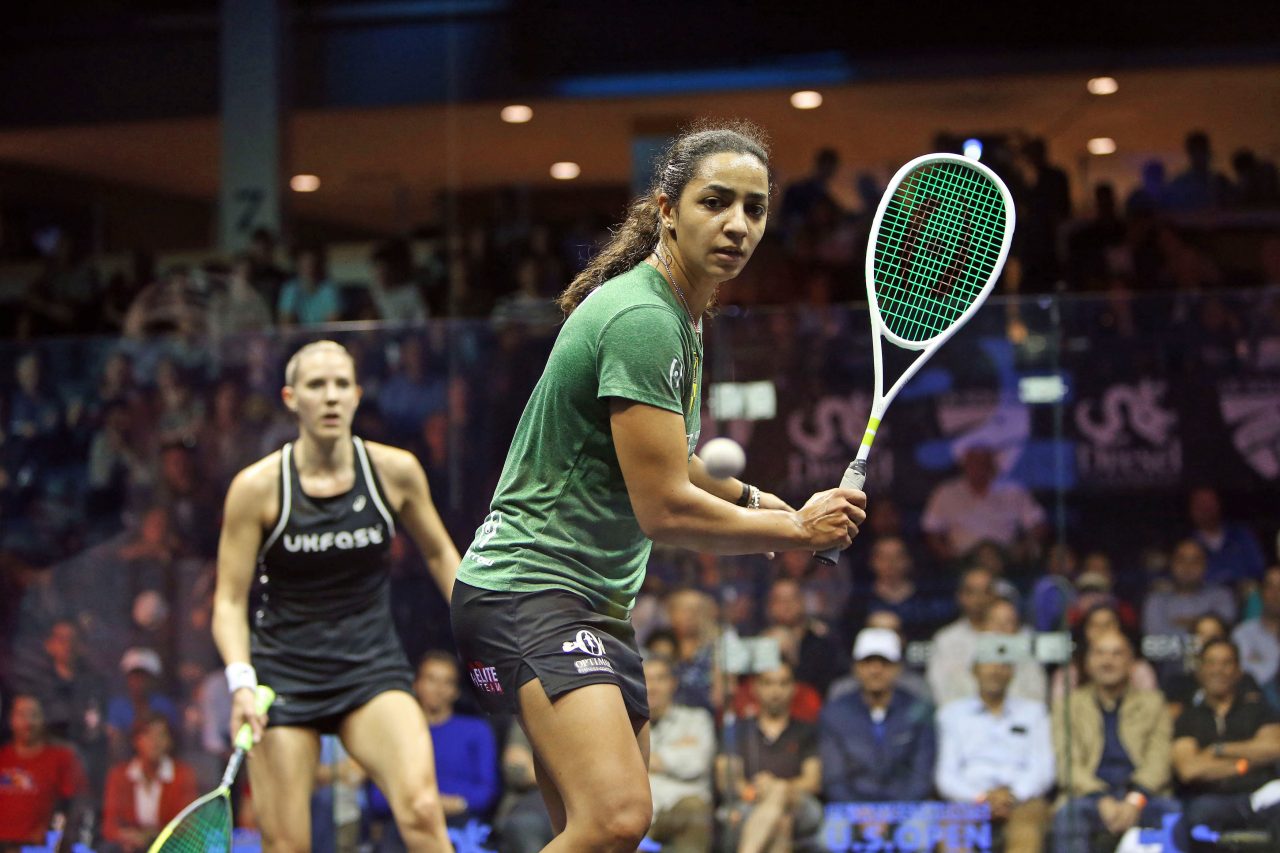 The Black Ball Squash Open will be the first major women’s tournament to take place in Egypt’s capital since the 2016 Wadi Degla Open when El Welily took the title and she will be looking to repeat that performance in her home city next month.

The reigning World Champion – who, along with the other top eight seeds, receives a bye into the second round – will open her tournament against either compatriot and World Junior Champion Rowan Elaraby or Hong Kong’s Annie Au.

Seeded at the opposite end of the draw is former World No.1 and two-time World Champion Nour El Sherbini, who will face either England’s former World No.3 Alison Waters or Egypt’s Zeina Mickawy in round two of the tournament.

El Welily and El Sherbini are seeded to meet in the final, with both players already meeting in two finals so far this season, with one title apiece and El Sherbini coming out on top in the last meeting at the J.P. Morgan Tournament of Champions.

Other home favourites at the tournament comes in the form of World No.4 Nour El Tayeb and World No.8 Nouran Gohar. Cairo-born El Tayeb will face one of her compatriots in Hania El Hammamy or wildcard Salma Youssef in round two, while Gohar – who was also born in Cairo – will take on either Belgium’s Nele Gilis or Egypt’s Salma Hany for a place in the quarter-finals.

New Zealand’s World No.3 Joelle King will be looking to halt the Egyptian charge as the Hong Kong Open winner begins her tournament against either Egypt’s Mariam Metwally or Wales’ Tesni Evans. The Kiwi also faces the prospect of meeting World No.2 El Sherbini in the semi-finals of the tournament should both players play to their seeding.

Meanwhile, France’s Camille Serme and English pair Sarah-Jane Perry and Laura Massaro will all be in action in the Egyptian capital and complete the top eight seedings at the tournament.

World No.5 Serme is seeded to meet El Sherbini in the quarter-finals, while Massaro could meet El Welily in the last eight and Perry faces the prospect of a showdown with King for a place in the semi-finals.

Matches held on the glass court will be shown live on SQUASHTV (rest of world) and Eurosport Player (Europe only).