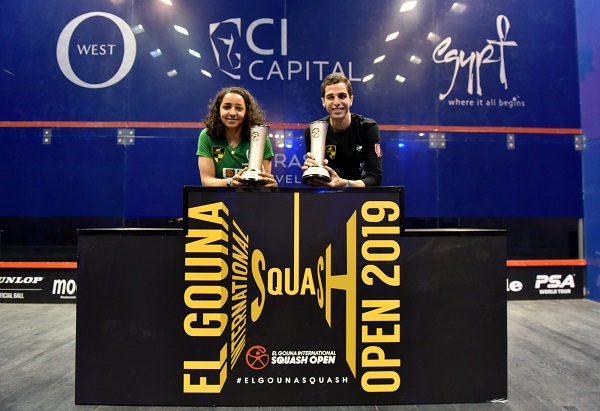 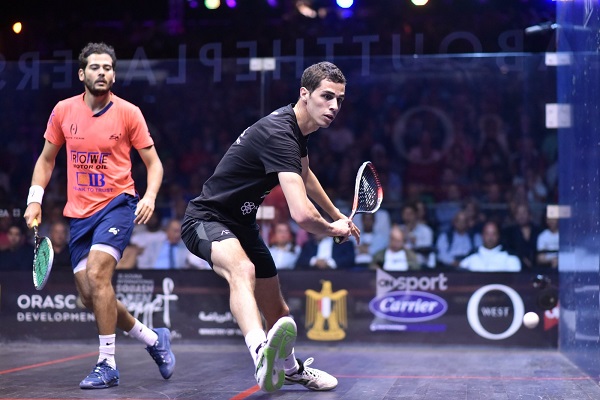 Farag (right) prepares to drive the ball down the wall

Gawad had his opportunities, leading 9-7 in the first game and 6-2 in the second, but Farag came back both times to take a two-game lead.

An ankle injury suffered by Gawad in the second prevented him from really getting his teeth into the third, and Farag made no mistake to etch his name onto the trophy, his first title on home soil since February 2015. 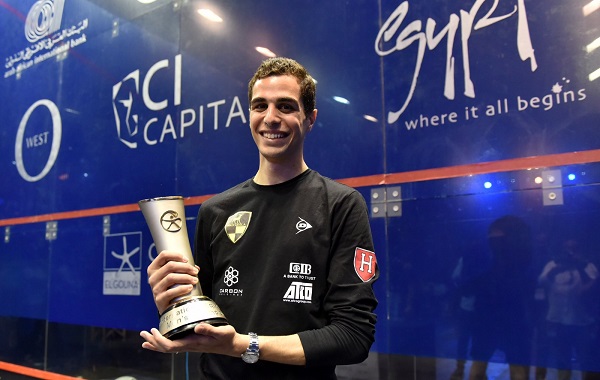 Farag delighted to have won his first El Gouna title

“I’ve played Karim in so many great finals in Egypt,” Farag said after his win.

“It was really a shame what happened at the end of the second and in the third. I’m sure if he was better physically, it would have been a totally different story. I think he had an amazing week, he’s playing well this season, and it’s great to have him on tour.

“This season has been amazing for me, I couldn’t have asked for a better one. I might have won a lot of big titles, like the World Championships and claiming that No.1 spot at the ToC, but this one is a very special one as I’m sharing it in front of my people.” 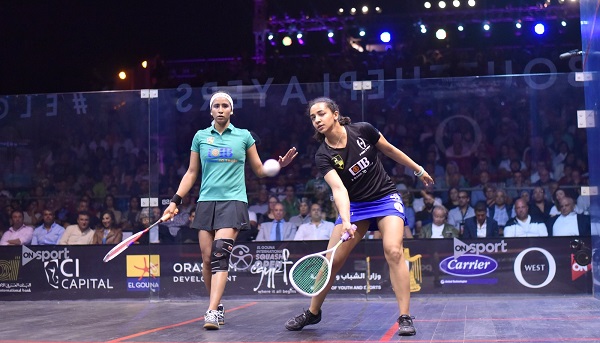 El Welily beat World No.2 Nour El Sherbini in last year’s final, and was up against the woman who ended El Sherbini’s run in this tournament at the quarter-final stage. The 30-year-old took the opening game, despite being under immense pressure from her hard-hitting opponent.

Gohar, nine years El Welily’s junior, struck back in the second as El Welily went walkabout mentally and surrendered a 5-2 lead to lose 9 of the next 11 points as Gohar levelled.

The momentum then shifted in El Welily’s favour as she came back to take the third 12-10 on the tie-break, and their battle continued into the fourth game where Gohar, sporting heavy strapping on her left knee, required an injury break after a lunge into the front corner to send El Welily 8-6 up.

The World No.7 returned to court, but it was clear that she was having to protect the knee as she lacked the same explosivity in her movement, and El Welily closed out the win to earn the 22nd PSA Tour title of her career. 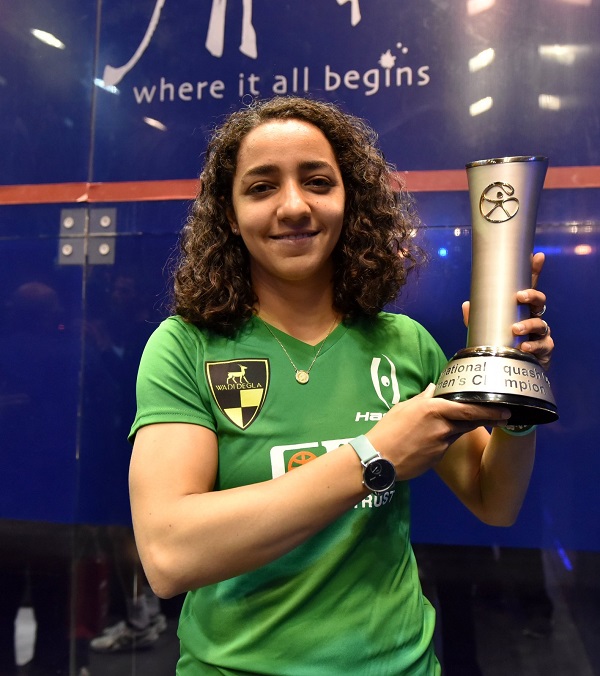 “I think that the blood injury break turned me down a little bit, so I’m glad I managed to come back after being 6-2 down [in the third],” El Welily said afterwards.

“All thanks to [Tournament Promoter] Amr Mansi and his entire for putting on such a great event. It’s always special here in El Gouna, We always love being here, and I think I speak for the players when I say we really enjoy being here.

“Not just for the organisation, but also for the good weather, the great crowd, and there’s nothing better than playing in front of your home crowd.”

This is the second PSA Tour event in a row in which Farag and El Welily have taken silverware, and both players win $22,800 for their triumphs in El Gouna.

Farag, Gawad and El Welily will next be in action at the British Open in Hull between May 20-26, while Nouran Gohar will be playing in the Manchester Open, which starts on May 9th.