Comment: It’s hard to rename something you don’t own

Guest Contributor September 1, 2016 3 Comments on Comment: It’s hard to rename something you don’t own 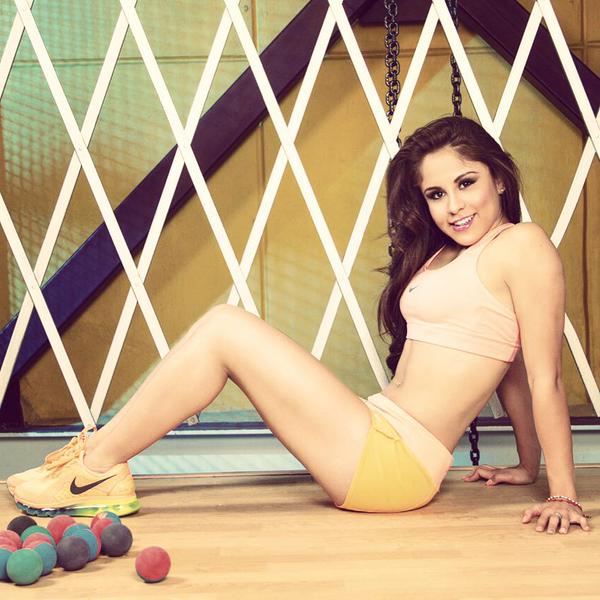 Racketball: a (very) brief history; and why WSF should think again
By DAVID IRESON – Squash Mad Correspondent in Aberdeen

The passage of time allows a great deal of opportunity for reflection and review of past events, to scrutinise their efficacy as carriers of both positive and negative actions and impacts on our daily lives. Very rarely do we “live the moment” where we get the opportunity to examine events as they are unfolding right before our eyes.

From a Scottish perspective we have seen both a vote on Scottish Independence, and a vote on “Brexit”, both of which are possibly defining moments in history where we have lived the fall-out of our actions first hand as well as question the judgement (and sanity!) of entire nations in the present tense. But I digress…

I remember back in only 2008 as a Board Member of Scottish Squash Ltd (note no Racketball in the title at this point in time!) we were presented with a paper which discussed the desire to take a new sport of Racquetball (or Racketball) under the banner of our National Governing Body.

From memory the only bone of contention was the naming convention. A decision was made to use the term Racketball to make distinct from American Racquetball – this seemed to be the consistent approach from both England and Australia, and worth noting that the decision paper at the time referred to the sport being played in England, Malaysia, Australia, New Zealand, South Africa, Bermuda, France, The Netherlands, Sweden, and Germany. It had of course been played in Scotland “unofficially” for many years. Later that year it was enshrined in the Articles of Association and Scottish Squash Ltd, became Scottish Squash and Racketball Ltd (SSRL).

There was a generally positive response across the nation for this additional string to our National Governing Body’s bow. Clubs and Regional Associations followed suit, and so the following season (2009) our Club’s name changed to Aberdeen Squash and Racketball Club (ASRC) from Aberdeen Squash Racquets Club, and our region’s name followed suit and became Grampian Squash and Racketball (from Grampian Squash) two seasons later (2011). The sport was very much alive but very much in its infancy.

From 2009 Racketball participation was a key objective of the Club, and the Club Manager spent a significant amount of his own personal time introducing current and new members to this new sport. We held the first Racketball Club Championships in December 2010 and two years after this we had good enough participation to start a set of Racketball Club mini leagues. In 2016 we now have a consistent monthly league structure and regular participation from young players right through to pensioners.

Simultaneously, efforts at national level were churning out the racketball resources like they were going out of fashion! In 2010 SSRL put together a strategic plan for the roll out and delivery of Racketball across the country, including applying for funding through sportscotland for a Racketball Development Officer.

In 2011-2012 SSRL created coaching resources to facilitate leaders’ courses, and programmes for schools including several novel concepts. They produced promotional materials which were free of charge to member Clubs including stickers and information leaflets.

Following on from this frantic bit of work by SSRL, ASRC has used some of these resources to develop links with the local secondary school, who during term time use the facility up to three times a week, introducing young teens to the sport of Racketball during curriculum time. We have trained our Club coaches in how to deliver Racketball sessions to beginners and right now in 2016 we are in discussion with our Regional Association on how to roll out a Racketball league across the various Clubs from the region in 2017.

My first point is….. stuff takes time. Racketball is, in fact, very much in its infancy. It needs far more time to settle as a global sport before judgement is made about where it “fits”.

It seems incredulous that WSF and England Squash would not spend some of their time (at a minimum) canvassing the opinion, not only of a few individuals, but more generally of the Squash and Racketball communities prior to this change – the type of engagement I am talking about here is whole scale; attempting to reach the majority of these communities, not just a few individuals.

With hugely strong Squash and Racketball communities on social media (most notably Twitter) it is highly embarrassing that there was not even an attempt to globally gauge opinion on this issue, which has clearly divided the playing communities. Seriously, how long would it have taken to set up a Twitter poll?

It perhaps lends itself to the suggestion that the World Governing Body is out of touch with how to do things these days. Unfortunately agencies such as these can only be judged by action, as the 99.9% of the Squash or Racketball populous have no knowledge of the inner workings of these entities. And here is where we stumble across a problem.

The greatest actions where we collectively judge the actions of the World Squash Federation (WSF) have not yielded great success in the past decade; they have in fact led to multiple failed Olympic bids. One can’t help wonder whether there is a pattern of mal-governance developing in this organisation? We shouldn’t dwell on the Olympics here, though; there are a number of warning signs about the governance and transparency of the WSF that are widely available in the media….

My second point: Are we surprised by this move? It seems being out of touch, poor decisions, and lack of results is a trait of our World Governing Body.

On the topic of governance, as you will have read earlier a significant amount of effort by National Governing Bodies, Clubs and Regional Associations took place several years back to officially recognise the sport of Racketball in its own right, and also to officially bring it under the governance of these bodies. This process was lengthy and required engagement of multiple stakeholders to make this possible. It is not straightforward.

If you have a minute, take a look at the WSF Articles of Association – the documents that govern their organisation. It defines what they can and can’t do; how they are structured; and what they are responsible for. Following a fairly mind-numbing process, poring over these pages, it is fairly obvious there is no mention of the sport of Racketball. It is not recognised in these documents. Why is this, if other agencies went to such painstaking lengths to gain its inclusion?

Interestingly, if you happen upon the International Racquetball Federation website, there is a clear set of rules that define how racquetball (racketball) is played on a squash court! It seems that the International Racquetball Federation think that they own the governance of the sport, and in fact that the version played in the UK and many other countries – Racketball – is in fact a derivative of Racquetball, not a derivative of the game of squash.

Put simply: WSF do NOT appear to own the sport of Racketball.

This assertion is backed up fairly extensively by a trawl of the internet for the history of the sport in the UK and Australia. In a nutshell, the WSF have no jurisdiction to rebrand the sport of Racketball as they have absolutely no ownership over the sport – they have never formally recognised its existence, and have no mandate to govern it!

It would be like Adidas attempting to re-brand Nike… just because they both sell sports clothing!

We can argue until the cows come home about whether we like or dislike any new name, or whether a re-brand is in fact required. However, it seems that the WSF may have made a fairly substantial error of judgement by attempting to re-brand a sport that they don’t own….

My last point: Perhaps it is time for a change of leadership at the top.