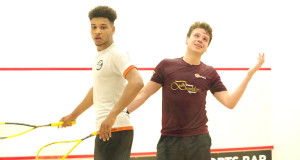 All-England final in Kent showdown  By ALAN THATCHER at The Mote Qualifier George Parker meets No.2 seed Charles Sharpes in the final of the PSA Challenger 10 Kent Open at The Mote Squash Club in Maidstone, Kent. The 19-year-old Parker powered past No.6 seed Joel Hinds, producing another high-quality performance to beat a much higher-ranked [...] 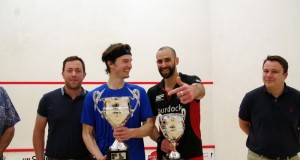 Stylish left-hander wins second title at The Mote before bowing out Jonathan Kemp brought the curtain down on a distinguished career in impressive style by winning the Select Gaming Kent Open final against Australian top seed Steve Finitsis. Kemp delighted the packed gallery at The Mote Squash Club in Maidstone with a devastating display of [...] 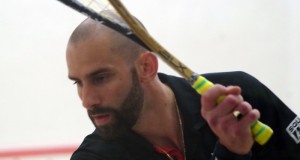 Finitsis and Kemp to clash in Kent Open showdown Top seeds Steve Finitsis and Jonathan Kemp will meet in the final of the Select Gaming Kent Open after seeing off Todd Harrity and Richie Fallows in two entertaining semi-finals. Finitsis overcame Harrity 11-5, 11-3, 11-6 in 38 minutes of controlled driving. Harrity knew what to [...] 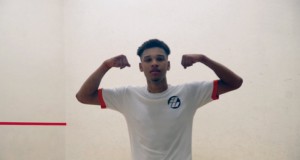 Londoner storms into semi-finals after five-game classic to down flying Scot By ALAN THATCHER and LEE HORTON at The Mote Squash Club Pictures by KIM ROBERTS RICHIE FALLOWS lit the celebration candles on his19th  birthday cake three days early last night after storming into the semi finals of the Select Gaming Kent Open at The Mote [...]

Let’s hear it for Stan 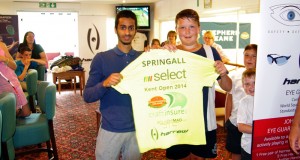 For every Nick Matthew, we need 10,000 players like Stan COMMENT: By ALAN THATCHER Let me tell you a story about my little mate Stan. Actually he’s not quite so little. He’s a big lad who plays for the juniors at another club in our town. He joined in the free coaching sessions we [...] 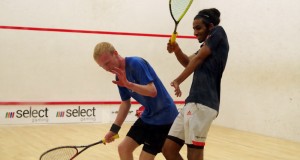 Back to the revision as Evans tumbles to tricky, flicky rival By ALAN THATCHER – Squash Mad Editor Youssef Abdalla ended the run of The Mote’s James Evans and was rewarded with a tie against top seed Steve Finitsis in the first round of the Select Gaming Kent Open. George Parker overcame Reuben Phillips and [...] 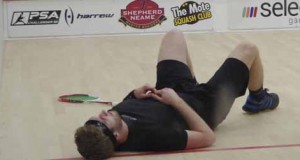 Kent junior puts homework aside to claim another scalp at The Mote By ALAN THATCHER – Squash Mad Editor  The Mote’s James Evans repeated his victory over Scotland’s James Geekie to reach the qualifying finals of the Select Gaming Kent Open. Playing on his favourite home court, Evans claimed another straight-games victory but it required [...] 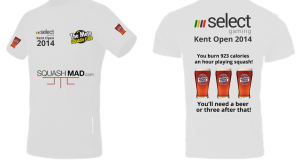 Brothers are Green with envy as the not so jolly giant muscles through By ALAN THATCHER – Squash Mad ‘s Roving Reporter, Reluctant Referee, Floor Sweeper and Occasional Bar Steward  It was the Little and Large Show at The Mote as Phil Nightingale and Sam Ellis won through to the qualifying competition of the Kent [...] 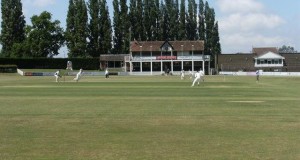 Tricks and nicks as pros show the Kent boys how it’s done By ALAN THATCHER – Squash Mad’s embedded reporter on the scene The Select Gaming Kent Open 2014 got under way with a fun-filled day of action as local club players pitted their skills against eight professionals. The locals enjoyed a taste of the [...]

Drama as top seed Reda pulls out of Kent Open

Aussie Finitsis takes over at number one as Egyptian ace fails to get visa to leave Cairo The Select Gaming Kent Open squash tournament has had to overcome a last-minute drama with top seed Ali Anwar Reda being forced to withdraw because of travel problems. The world No.41 from Cairo was unable to secure a [...] 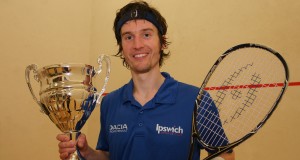 Kent Open Final 2013: Jonathan Kemp v Adrian Waller Fantastic video by Joe Magor showing real quality squash from these two left-handers. Kempy will be back at The Mote Squash Club to defend his Kent Open title in June. This is actually a great camera angle, and clearly shows the phenomenal movement around the court [...]

May 19, 2014 Alan Thatcher Coaching and Development, Kent Open, News, Squash Around The World 0

Sports Minister Helen Grant gets on the ball with squash visit 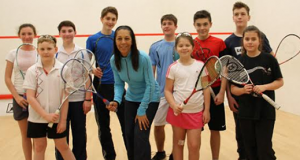 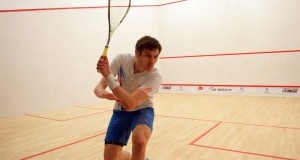 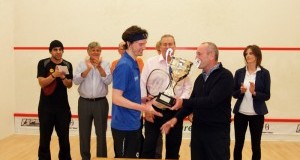 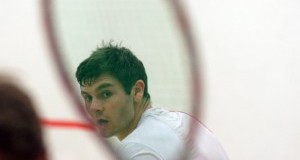