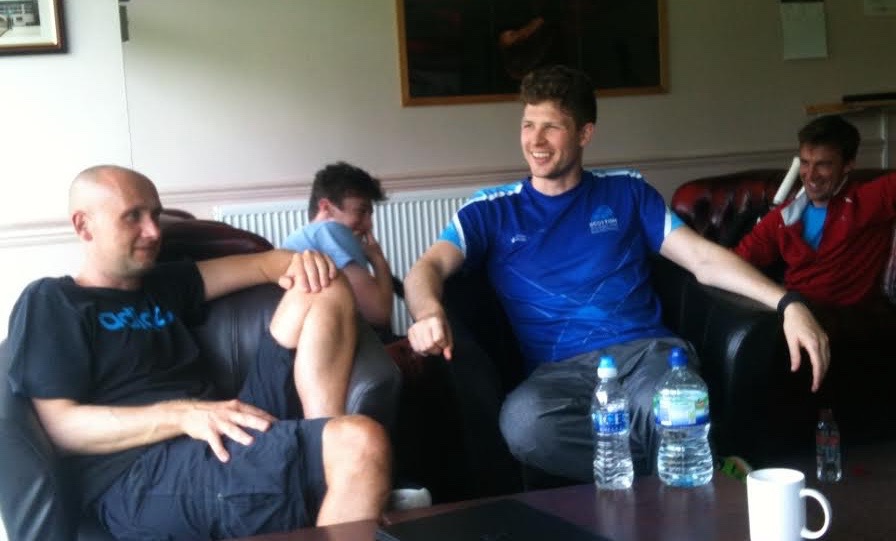 These are heady days for Scottish Squash. As teams gather for the World Doubles in Darwin – including two Scots men’s pairs – there is optimism in the air. A breakthrough Men’s European Team Bronze, and a young Women’s Team gaining promotion from European Division Three, have highlighted a sea-change at Heriot-Watt University’s Centre for Sport and Exercise, where operations are led by National Coach Paul Bell.

Paul’s recent appointment, and that of Martin Heath as Elite Performance Coach, represent major positive steps for an organisation which has struggled to build on the high performance levels achieved by Alan Clyne and Greg Lobban on the PSA tour, and to attain the heights of the Peter Nicol-Martin Heath era.

Paul’s credentials, as a Level 4 Coach, who has worked in the England Squash Performance system and as Assistant National Coach at Irish Squash, are impeccable. But he is at pains to emphasise: “This is not a dictatorship. I want to work with players, but also club coaches and our Regional Performance Coaches.

“It’s about what all of us in Scottish Squash can do to maximise each player’s potential. From the six-year-old to the 75-year-old, everyone should feel part of the organisation, part of the brand.”

His ambitions: “to make really good squash players, and to bring the organisation together.”

The lesson of recent Scottish Squash experience is that these goals are interdependent. Organisationally, a dynamic and open Coach Development programme, an upcoming new website, a busy Twitter life, and a tournament management and rankings switch to sportyhq, all show the commitment of CEO Maggie Still and President Jim Hay to a more inclusive, accessible set-up.

That’s all very well, but will Scottish Squash walk the walk? Paul thinks it will. For him, it’s not just about those 2016 ETC successes, nor even about the next Commonwealth Games, Gold Coast 2018.

With a good crop of Juniors emerging through the Junior Academy and National Talent Squad, he believes winning medals now can lead to more medals in the future. “I want to join things up. Our top players – the Senior Men and Women – can inspire others. I want to create an environment to challenge all our players.”

And that word “challenge” signals an important change in philosophy: “You get better when you push yourself to get better.”

The sky’s the limit. “I want the next generation to be just as successful, if not more. I want Transition players, and Juniors, to see the pros and seniors around. If they see the behaviours, the warm-ups, the cool-downs – the characteristics of success – then we’ll see real inspiration in action. We’ll see all players pushing their boundaries.”

As Paul continues his own journey, garnering inspiration from the world of squash and beyond, it’s already looking as if Scottish Squash will be reaping the rewards of its own bold makeover.