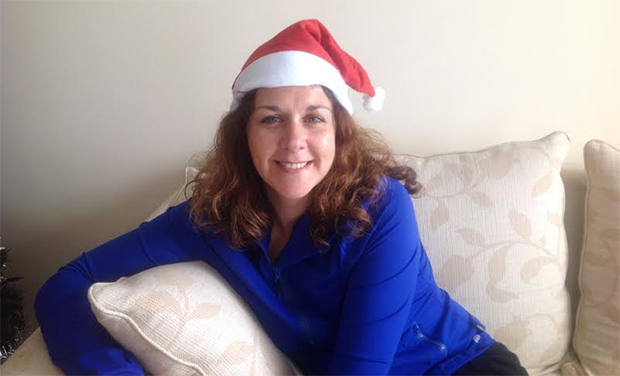 So, Christmas is nearly upon us. A time of parties, merriment and the odd mince pie. Time to let your hair down, or maybe not for a squash professional.

For most pros Christmas comes round right in the middle of the season. If you look at the calendar there are PSA and WSA tournaments just two weeks after Christmas Day. So I’m sure the players will enjoy themselves but maybe not too much!

When I was on the tour, I was of the opinion that missing the odd Christmas party or being reasonably good with what I ate on the day was part of being a professional squash player.

There were plenty of Christmas’s after I retired to over-indulge if you wanted to. So, when I did eventually retire, just before Christmas in 2004, that extra mince pie was eaten without an ounce of guilt!

To train on Christmas Day or not?

When I was younger I admired the British decathlete Daley Thompson, who won a gold medal at the 1984 Olympic Games ( showing my age here!).

I remember watching a documentary on him and every Christmas morning during his career he would be down at the track with other athletes doing a training session. He said the reason he did it wasn’t really for the physical gains, it was more psychological.

He was sending a message out to his rivals, saying ‘Look, I’m here training, are you?’

I do remember going for the odd run on Christmas morning and I would love to say it was because I was a dedicated professional, but it was more so I didn’t feel so guilty eating the Christmas pudding!

So, do our current crop of professionals train on Christmas Day? Would love to hear if they do.

I have lived in Australia for three years now and Christmas definitely has a different feel to it, with it being in the middle of summer.

Now, I might sound like a whingeing pom (we won’t mention the Ashes!) but it still feels strange when I’m in the shopping centres and they are playing “I’m dreaming of a White Christmas” and it’s 30 degrees outside! It’s probably the only time I want cold weather. I guess it is what you are used to growing up and I’m sure that any Aussies in the UK crave a bit of warmth and a BBQ!

Putting aside the weather, I have two daughters opening their advent calendar every day (with the obligatory chocolate in) and getting very excited waiting for the arrival at our house of Father Christmas. That is what Christmas is all about.

So, to all squash players and everyone who loves our great game, I wish you all a very Merry Christmas.