Cassie Thomas December 19, 2013 No Comments on CASSIE’S CORNER: Why Nicol David is a smiling assassin

TO write about Nicol David I could just list her achievements and that would make for a column in itself.

Wow, it really does make fantastic reading and she continues to break records. As well as the seven World Open titles, the other stand-out achievement for me is occupying the number one world ranking for seven years straight.

There is a saying ‘It’s tough getting to the top but it’s even tougher staying there.’ This achievement shows incredible drive, consistency and also the ability to cope with pressure.

That pressure is knowing that the players ranked behind you are after your top spot and doing everything they can to get it from analyzing your game to training harder.  Some players can thrive on this and others can crumble. Obviously, Nicol thrives on it.

So, behind a great player there is usually a great coach and in Nicol’s case this is Liz Irving. 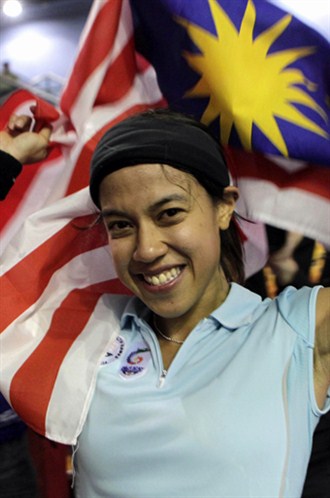 I am briefly going to go off track and share with you one of my first memories of Liz.

When I was 17 I travelled to Canada for my first long trip on the then WISPA tour. On that trip the match that stood  out was between Liz and fellow Australian Robyn Lambourne. It was a real battle of the highest quality and I can remember watching it and thinking I really hope that I can play like that one day.

Right, back to the present day! Having read many an interview involving Liz and Nicol over the years it is clear that they have a fantastic relationship, with respect and trust. Liz has been in Nicol’s corner for the last 13 years or so, passing on her knowledge and constantly analyzing what she needs to work on.

Always trying to get that extra edge, she has encouraged Nicol to take on board other opinions, such as Nicol spending time with Sarah Fitzgerald in Australia.

Attention to detail is one of the attributes that makes a great coach and great player and it’s clear that everything is done precisely, leaving no stone unturned. It must be fantastic for Nicol knowing she has Liz by her side as her coach and her friend.

Besides her squash achievements there are other aspects to admire about Nicol. Her relentless campaigning to get squash in the 2020 Olympics is one of them and it is a crying shame that she probably won’t get the chance to show off her talents on the greatest sporting stage.

The other aspect to admire is the way she conducts herself both on and off the court. From my experiences when I was on tour with her and speaking to other players she is very modest and a genuinely nice person. I recently saw her called the Smiling Assassin, which is a pretty accurate description. Lovely off court and ruthless on it.

Nicol is a shining example for any upcoming player and so is Liz for any aspiring coach. They really are the Dream Team! 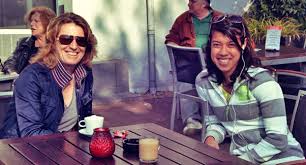 What a team: Liz Irving and Nicol David