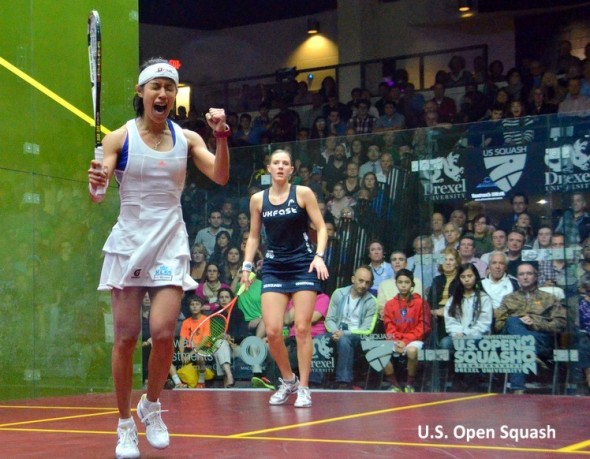 This piece is not about whether there should be equal prize money for women, but more an argument against the reasons given for its justification. Let me start by saying I support equal prize money, but probably not for the reasons I have seen published on some websites.

The recent debate within the squash world has been sparked by the US Open’s decision to offer equal prize money for the first time. Comments from a male player launched a debate on Twitter, which resulted in WSA member Sarah-Jane Perry complaining about sexism in sport.

For the most part I agree. Except for the part about everybody is entitled to their opinion except with regard to “racial, gender, sexual orientation or otherwise”. Just because somebody doesn’t like or agree with somebody else’s opinion doesn’t mean they can’t have it and, just as importantly, express it.

Now, I am worried that my piece will be misinterpreted, either intentionally or unintentionally, so let me repeat: I support equal prize money for women. BUT…

THE REASON FOR PRIZE MONEY

Prize money within tournaments is used to attract better players. The better the players who play in a tournament, the more publicity the event is likely to generate and the greater returns for the sponsors. But let’s be VERY clear about this. Without sponsors there would be very few professional players and even fewer events.

Sponsors are the lifeblood of most professional sports. Spectator revenue is not enough to keep events running. No sponsors means no events. Sponsors look for exposure. The greater the exposure, the more money they put into an event and therefore the bigger prize money etc.

If most women’s events were run separately to the men’s then the amount of sponsorship would be lower because the marketing value would be less. Not because the women are inferior but simply because more men watch men’s sport than women watch women’s sports.

Of course, there are people who watch both events, but we are just talking numbers here. If you had to make an argument for different prize money, this would be it.

THEY WORK JUST AS HARD

Using this as a justification for equal prize money shows a misunderstanding of sexism. Prize money in tournaments does not equate to pay in an office, for example. If you had two people working next to each other, one a man and the other a woman, both doing the same job and to the same standard, paying the woman less is sexism.

If a winner of a tournament received different prize money because he or she had different colour skin, that’s racism. Basing something purely on skin colour, age, sex, religion etc is wrong.

But making the same comparison with prize money is false. Prize money is a function of a business and marketing model. If more people watched woman’s squash then it would receive more prize money. It’s that simple.

Why don’t we expect the same money as other sports? Imagine The All England Lawn Tennis and Croquet Club held a squash tournament at the same time as their tennis one (You know the one, it’s called “Wimbledon”!).

Would we be shouting from the gallery that squash players deserve the same money as the tennis players because they work just as hard? Probably, but we would also recognize that tennis gets so much more publicity and people spend more money on equipment that it seems obvious for the prize money difference. 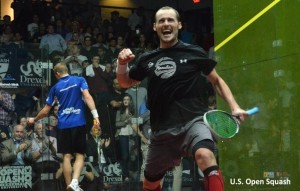 I don’t hear squash players arguing that table tennis and badminton players all earn the same as squash. In fact, I don’t even know how much they earn. There’s no difference between men and women than tennis and squash.

It’s business, whether we like it or not. Think of the Future! Girls need to have the same opportunities as the boys with regards to being introduced to and playing sport and in fact I think they probably do in most first world nations but opportunities do not equal motivation.

Girls need to see that, as adults, women’s sport is as respected and valued as men’s otherwise their motivation for playing won’t be as strong.

But, how do you value women’s sport? I have no doubt that the professionalism, hard work and dedication shown by sports women the world over is the same as men, but sport IS business nowadays and there is no getting away from it.

In general, I believe that the percentage of boys interested in sports was, is and will be higher than girls, but that percentage is changing. More and more girls are playing and watching sports and that’s fantastic.

The problem is assuming that both participation and audience levels will match the men. I don’t believe it will. And currently it doesn’t – which is what most sponsors care about.

However, I feel that we should have, maybe even need equal prize money so that we encourage girls to believe that professional sport is fair. In fact, you could go one step further and say that the prize money for women’s events should be more to encourage the long-term development of women’s sport.

Words like “deserve”, “fair” and “right” mean nothing when big business is involved though. Accept that and perhaps we can face the truth: Women’s sport in general is less valuable to sponsors than men’s sport. How hard you work is less important than results.

Sponsors pay money to reach the highest possible targeted audience. Sorry, but that’s the truth, whether you like it or not. Equal prize money IS fair, but for some sponsors it’s a cold-hearted business calculation.

Phillip Marlowe has been coaching and playing squash for many years and is back in squash after a 13-year absence. He has coached at a number of clubs in and around London. He has worked with complete beginners through to the England Junior National Squads. He was Squash Promotions Manager for Dunlop Slazenger and ran the SRA/Dunlop Squash Roadshow for 3 years. 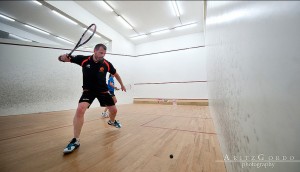