BLOG: Pilley wants the world to know about king Ramy

Lee Horton October 7, 2013 No Comments on BLOG: Pilley wants the world to know about king Ramy 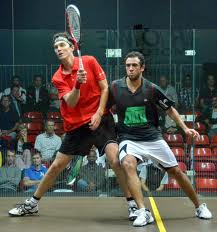 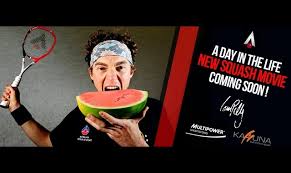 Ramy Ashour is world number, unbeaten in about 200 years and one of the planet’s finest sportsmen. And everyone should know about it, according to PSA opponent Cameron Pilley. The engaging Aussie took to his own website, http://cameronpilley.com/ to bang the drum for the brilliant Egyptian superstar. Here are his words.

The current winning streak that Ramy Ashour is on is quite unbelievable. It deserves more attention than it is getting at the moment, and with a blog due for my website I thought, why not put in my two cents worth

Nevertheless he has continued a winning streak of currently 50 matches on Tour (although he wisely opted to sit out his match versus the Aussies in the MWT, knowing that their No. 1 player had hit some fine form. Good call Ramy, good call… 😉

I know all players on tour are gunning for the scalp of Ramy Ashour and the level of his play over the last 18 months has also lifted everyone else’s level. They know they need to lift again and again to try and break this unbeaten run of his and with the World Champs just around the corner it could be the stage for some fireworks.

On to another Ashour and I see Ramy’s brother Hisham is now taking acting classes over in NYC. If the commercials he has done in the past are anything to go by he better up his game! No, I’m sure he’ll be fine. But if he needs some tips on how to take a dive, there’s a few guys on tour who could help out in that department…

Cameron is sponsored by