All posts by Lee Horton 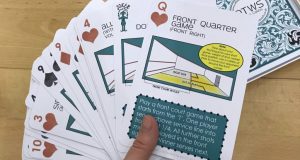 Off The Wall Card Games are an ideal addition for players and coaches By LEE HORTON – Squash Mad Roving Reporter The Covid-19 lockdown has given the Squash Mad team a chance to check out some great squash coaching resources and today we shine the light on our friends from Essex, the Off the Wall [...]

Lee Horton: My new lockdown training partner is keeping me hot and sweaty 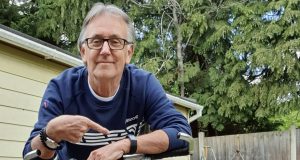 ‘Covid-19 has taken one great love from my life, so there’s room for another’ By LEE HORTON – Squash Mad Lockdown Fitness Expert Finding new friends during lockdown has been tough, but I’ve struck gold with a new bestie who has most definitely put the spring back into my step. It’s great getting someone to [...] 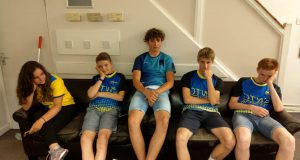 Garrison Centre taken over by police PSA squash stars James Willstrop and Daryl Selby, along with more than one hundred young players from Essex, have been forced to down rackets due to Donald Trump’s controversial visit to London. The US President’s three-day stay in the UK has resulted in a massive security operation and a [...] 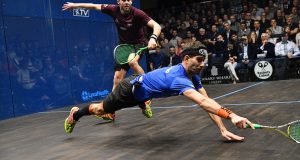 Aussie Ryan calls time on Borja for his first win over Spaniard By LEE HORTON – Squash Mad Reporter   Squash grinders Borja Golan and Ryan Cuskelly tore up the script that invited wham-bam, get-off-quick action in the new best-of-three format at Canary Wharf to deliver a 60-minute display of traditional, attritional squash. The two [...] 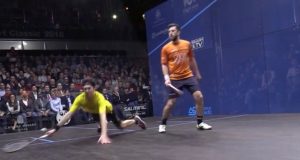 Canary Wharf trials best of three format but Selby and Pilley still clock up 49 minutes  By LEE HORTON – Squash Mad Reporter   PODCAST partners Daryl Selby and Cameron Pilley let their rackets do the talking as the two seasoned campaigners raised the curtain on this year’s Canary Wharf Classic in London. Selby and [...] 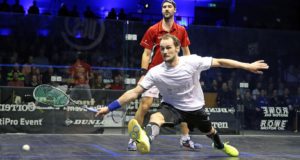 The G-men take out Momen and Rosner to make Swedish Open final  By SEAN REUTHE   Defending champion Karim Abdel Gawad and two-time winner Gregory Gaultier will lock horns in the final of the 2017 UCS Swedish Open after they both claimed wins on semi-finals day at the PSA M70 tournament held in Linköping. Gawad [...]

Canary Wharf sells out five months ahead of tournament 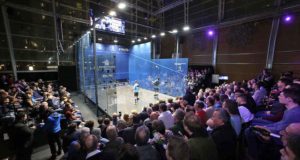 East Wintergarden tickets are snapped up inside five weeks The 2017 Canary Wharf Squash Classic is again a complete sell-out, five months ahead of the world’s top players heading back to London’s favourite tournament. In a replica of last year’s rush, all tickets were snapped up within five weeks of going on sale. The [...]

Essex Squash comes up with novel way to raise funds as they challenge City slickers One sharp-thinking squash county has come up with a unique way of raising much needed funds by challenging a team of City slickers to a £500 winner-takes-all showdown.  The intriguing match-up is the brainchild of Matthew White, a lawyer with EC3/Legal and an [...]

Essex girl Lauren Selby becomes first female to be named National coach for both men and women   LAUREN SELBY, one of England’s brightest and most innovative squash coaches, has been put in charge of Norway’s national squash programme. The 32-year-old former professional tour player from Essex will spearhead a two-pronged project that aims to re-shape [...] 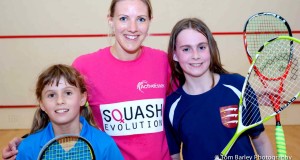 Laura Massaro and Nicol David give their backing to 4-Day festival at Edgbaston Priory THE world’s biggest women and girls’ squash event is heading for Edgbaston in Birmingham this May with a four-day festival of squash aiming to attract players from across Europe. The Squash Evolution event at the Edgbaston Priory (May 5-8) is open [...] 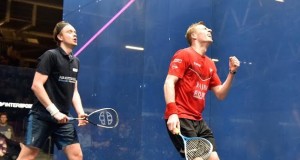 Wolf is still hungry for success World No.3 Nick Matthew is hoping that a change of date for the 2016 Allam British Open, which returns to its traditional March slot on the PSA World Tour calendar after being staged in May for several years, will help him challenge for the title when the tournament gets [...] 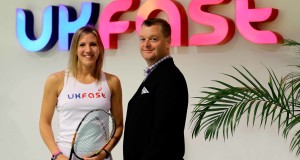 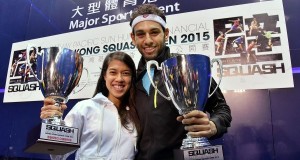 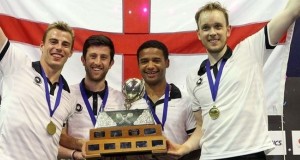 England, France, Germany, USA and Canada refuse to fly to Egypt but WSF says: World Teams go ahead THE men’s World Squash Team Championship, due to begin in Egypt in 12 days time, is in chaos after five teams, including current champions England, decided to withdraw because of security fears. However, the event will still go ahead following a [...] 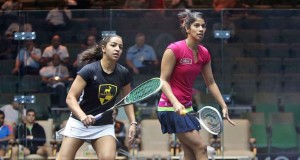 Joshana Chinappa takes out world number one El Welily…and it’s carnage for five other seeds WORLD number one Raneem El Welily was one of six seeds sent crashing from the first round of the Qatar Classic, PSA World Series tournament as the form book got ripped apart at the Khalifa Tennis and Squash Complex in Doha. India’s [...]