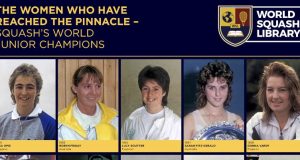 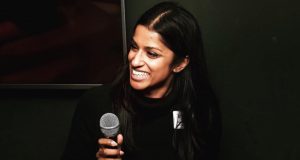 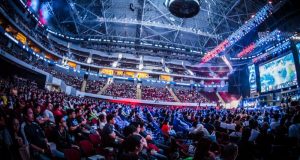 ‘This could help squash to evolve’ says WSF chief Louis-Marie  By ALAN THATCHER The World Squash Federation (WSF) has announced that it has joined as a member of the Global Esports Federation (GEF) in a move that will see the two organisations collaborate to bring squash into the Esports world. WSF and GEF will work [...] 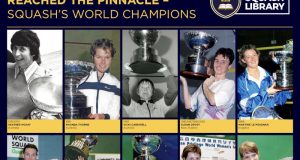 Library features every result since World Open launch in 1976 By HOWARD HARDING – Squash Mad International Correspondent The World Squash Library has launched a second compendium of the sport’s World Championships, this time covering all the Women’s World Opens from the maiden event in Brisbane, Australia, in 1976. The production features the dates, venue [...] 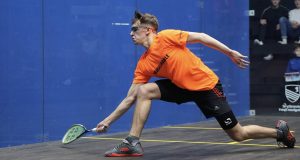 Record entry heading to Hull for English Juniors By DONNA HELMER – Squash Mad Correspondent Former champions Max Forster and Katie Malliff have been named as Boys and Girls Under 19 top seeds respectively in the Dunlop English Junior Championships 2020 (EJC) in Hull from March 5-8. This year’s championships will feature a record 324 [...] 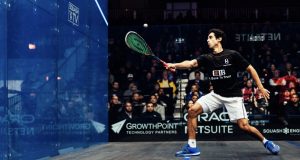 Momen, Coll, Elias and Makin are top four seeds in Toronto By MATT COLES – Squash Mad Correspondent The entry list for the 2020 Troilus Gold Canada Cup has been announced, with World Champion Tarek Momen headlining the 24-strong field heading to Toronto at the end of February. There will be four venues that play host [...] 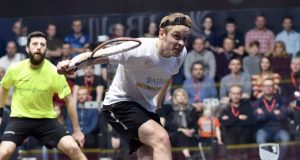 ‘Their support will help the event scale new heights’ says Keir By DONNA HELMER – Squash Mad Correspondent England Squash has announced that AJ Bell will be continuing as title sponsor for the 2020 AJ Bell British National Squash Championships to be staged in Nottingham from the February 12-16, 2020. The latest agreement sees AJ [...] 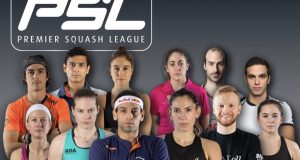 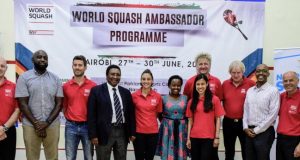 London library to house 4,000 items at the Southgate club By HOWARD HARDING – Squash Mad International Correspondent While Squash looks forward, with new generations enjoying this great sport and new champions crowned on the latest club and showcourts, the sport also has a long and rich heritage. Being passionate about preserving this extensive history, [...] 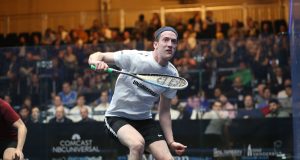 Squash On Fire to host World Teams in Washington DC By HOWARD HARDING – Squash Mad International Correspondent Tickets for the 2019 World Squash Federation (WSF) Men’s World Team Squash Championship – which is being staged in the United States for the first time in the event’s 50-year history this December – have gone on [...] 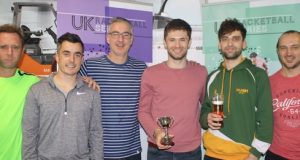 Nottingham host 19 teams on tough weekend By ALAN THATCHER and MARK FULLER Much as the team at Squash Mad detest the ridiculous name thrust on racketball by a drunken think-tank committee, we salute the efforts being made to repair the damage. This culminated in the introduction of the first combined inter-county finals competition at [...] 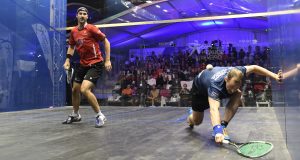 Stars return for $100k Necker Open By SEAN REUTHE  Mauritius will host a professional squash tournament for the first time after the Professional Squash Association (PSA) announced today that an agreement had been reached with title sponsors Necker Gestion Privée to bring a men’s PSA World Tour Gold tournament to the island in June 2020. [...] 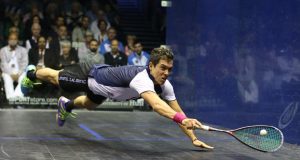 Diego Elias seeded to meet him in final again By ELLIE MAWSON Colombia’s World No.7 Miguel Rodriguez will headline the XII Torneo Internacional PSA Sporta when the PSA Bronze tournament takes place from May 29 to June 2 in Guatemala. Defending champion Rodriguez will be back in action at this season’s tournament after claiming last [...] 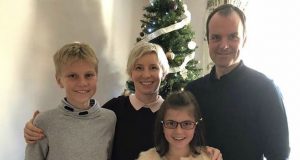 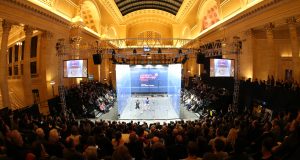 Another social media success for PSA By SEAN REUTHE  The official Facebook page of the PSA World Tour has reached 250,000 page likes – meaning there has been a 25% increase in total followers across all of the Professional Squash Association’s (PSA) social media channels over the past 12 months. The milestone comes just a [...]