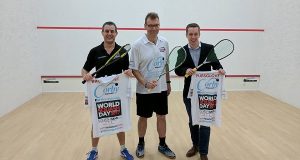 Fitness industry should be supporting squash By JOEL DURSTON – Squash Mad Special Correspondent   Squash received a much needed boost last week as Conservative MP for Corby and East Northamptonshire Tom Pursglove raised the issue in the House of Commons of Corby having no squash courts. He had recently attended a World Squash Day [...] 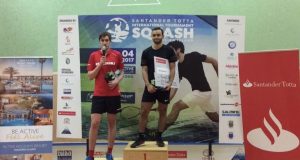 Stylish Egyptian is on the rise By JOEL DURSTON in Madeira    Youssef Soliman finished his brilliant season on a high by taking the Madeira International Open crown with an 11-5, 8-11, 11-6, 11-2 victory over Joshua Masters. It seals a fine season for the 20-year-old Egyptian, who has risen from around 100 in the [...] 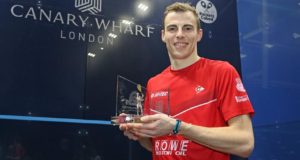 Joy of six for top seed Nick By JOEL DURSTON   Nick Matthew made it a super six at the Canary Wharf Squash Classic, claiming an 11-9, 11-7, 12-10, 11-8 win over an “unbelievably tough” Fares Dessouky. The Sheffield player once again belied his 36 years with a typical display of high-tempo, pressing squash and, [...] 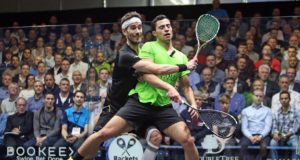 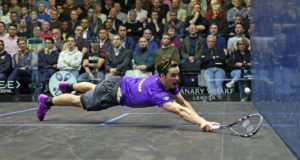 Kiwi Superman sets up first encounter with Nick Matthew By JOEL DURSTON at Canary Wharf    Paul Coll continued his fine run of form with a very impressive 11-7, 11-3, 12-10 win over home favourite Daryl Selby in the quarter-finals of the Canary Wharf Classic in London. An almost faultless display saw him beat the [...] 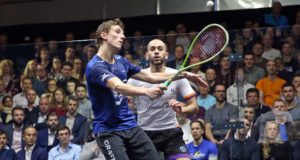 World No.46 upsets the rankings By JOEL DURSTON at Canary Wharf   World No. 46 Lucas Serme produced possibly the performance of his career to beat his friend and former training partner Marwan Elshorbagy 11-9, 11-9, 7-11, 11-7. The two players, along with Marwan’s older brother Mohamed, trained together at Bristol UWE university, adding intrigue [...] 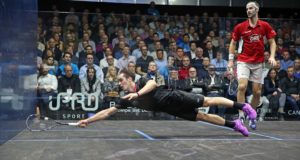