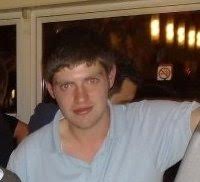 At the end of third game Dessouky was hit just above the ribs with the follow-through of Golan’s forehand, and proceeded to hobbled round the court for about 30 seconds after – and on a few occasions in following games, earning a few jeers from the crowd.

To add insult to injury, he was awarded a ‘no let’ – which, harsh as it may seem, was probably the right decision – but had the strength of character to take the game in the tiebreak and then take the match.

He said: “It was a pretty long match! I was starting to cramp at the end. It’s such a hard game, not squash wise, but mentally. Every point we were struggling with moving around each other.

It’s fair to say a lot happened here. Though the quality of squash was extremely high throughout, John Massarella was a very busy man, having to make a decision on around a quarter of rallies, usually with at least one player railing at the supposed injustice of the decision, sometimes both.

He controlled proceedings with a calm authority, on various occasions, to the amusement of the crowd, explaining his decisions to the aggrieved players in a similar manner to which an experienced headmaster might to some errant schoolboys.

The drama began in earnest as in the tiebreak of the first set, where Golan made a great dig to stay in the rally but then slipped, before shouting in anger at the top of his voice.

He then made an error to hand Dessouky the game and left the court immediately, anger etched all over his face. It’s no wonder he’s nicknamed ‘El Toro’.

The pivotal second game, lasting 32 minutes, was a ferocious battle, which saw many decisions (one of which Dessouky tossed his racket on the ground in reaction to); many acrobatics from the players flinging themselves round the court; and many histrionics, particularly from the passionate Spaniard.

Dessouky saved four gameballs to bring the contest into a thrilling, nerve-wracking tie-break, which produced probably the best squash of the tournament so far.

It finished with a stroke to Golan. It was the correct decision, but it’s a slight shame to finish such a tight game on that note, even if it was kind of fitting for a fractious, if high-quality game.

The next two games were played in much the same vein – Dessouky taking the third amid the injury to his ribs, saving a gameball with a stroke, bringing him gameball with a no let, earning a let and then winning the game by reviewing Golan’s let to a no let – all of which were far from clear-cut decisions.

It may seem dry the next day, reading from a computer screen, and there are those who say such stuff kills the game to some degree, but the ever knowledgeable East Wintergarden crowd were clearly entertained by the action and antics of the players.

Golan battled brilliantly to make the game go the distance, but, as the match inevitably opened up a little in the fifth, Dessouky had the killer shots to put the Spaniard to the sword.

In the final, he will play Nick Matthew, who played some dominating squash to beat Paul Coll, who had already scalped number 3 and number 6 seeds Simon Rosner and Daryl Selby to get to the semis.

Where those two players were frustrated much of the time by their inability to put the stubborn New Zealander away, Matthew had the weapons to launch the continued assault needed to break down Coll.

But the Sheffield player came away very impressed at the progress Coll has made, after their first match, and will be very relieved that he managed to progress to the final in just three games – and in under the half-time Dessouky did.

“It’s very well documented that Paul has come a long way,” he said. “He’s probably the fittest man on tour at the moment.

“You talk about the Egyptians with their touch, but…I expected the physicality, but that was another level.

“Hopefully I can sneak in a few more wins before he really gets good!”

The win sets up a mouthwatering final between home favourite Matthew, the experienced master and five-time champion of this event, and the flashy up-and-coming Egyptian.

Dessouky said: “He’s one of the legends of the sport, naturally. I was watching him when I was younger and it’s a dream to play him in the final.”