The Macau Squash Association hosted yet another major event on the Asian squash calendar after a successful Asian Junior Squash Championships. The event, which saw four age categories played in both the boys and girls events, attracted a record number of 217 entries, making this the biggest ever edition.

Malaysia were the biggest winners, returning home with five titles, while India, Hong Kong and Pakistan won one each. While Malaysia’s domination was evident, it was the heroics of Indian Veer Chotrani who stole the show in Macau with four upsets in a row to capture the boys under-19 title.

Chotrani is enjoying a successful month as earlier in the month, he had gate crashed into the last four of the Indian Nationals before bowing out to eventual champion Mahesh Magaonkar, the world number 53.

He continued his fine run here in Macau as he first took out Malaysia’s joint fifth seed Daniel Nurhaqiem in straight games in the last 16, before ousting top seed Siow Yee Xian, also of Malaysia, in the last eight. In the semi-final, he took out joint-third seed Haris Qasim of Pakistan in four, before completing his great run by ousting more accomplished compatriot, Yash Fadte, the joint-fifth seed in the final over five games in 67 minutes. 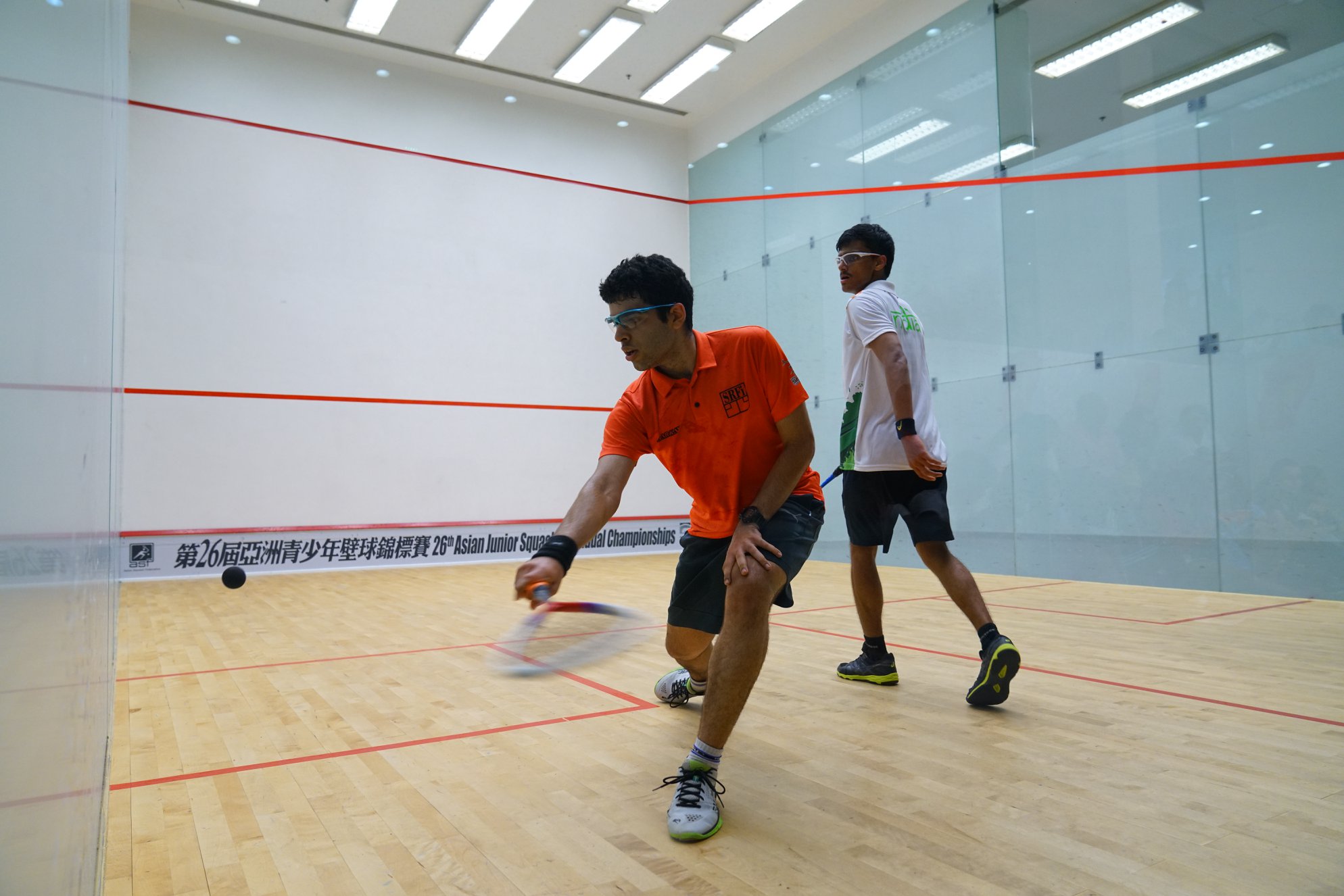 India’s Veer Chotrani (l) capped his fine run in Macau with the boys under-19 title.

Pakistan’s 14-year old boy wonder Hamza Sharif also made headlines in the main event when he gate crashed into the after wins over joint-fifth seed Wong King Yeung of Hong Kong in the opening round and Malaysian second seeded Daryl Gan in the quarters. However, his run was halted by Indian finalist Yash Fadte who had to come back from 2-1 down to win in five.

Singapore’s Aaron Liang also made an impact when he made it into the last eight after taking out Hong Kong’s joint-fifth seed To Wai-Lok in the last sixteen. He was on his way to a bigger upset when he took a 2-0 lead against Pakistan’s joint-third seed Haris Qasim, but was unable to convert and lost out in five.

In the girls’ main event, there was a seeding controversy when Aifa Azman was seeded joint-third behind her compatriots Chan Yiwen and Ooi Kah Yan. Squash Rackets Association of Malaysia’s Director (Rtd) Major S. Maniam said to the media that Aifa Azman should seeded first based on her junior and senior achievements.

Chan Yiwen, the 18-year old from Kedah, a state in the north of Malaysia, was hardly troubled as she cruised into the final without dropping a game, while third seed Aifa Azman had to halt a comeback from second seed Ooi Kah Yan in the semi-finals, winning in five after taking a 2-0 lead.

In the final, Chan came back from a game down lead 2-1, and by this time, there were already 21 decisions from the referee, including a conduct stroke in the final point of the third game. Azman did well in the fourth to come back in the fourth to force a decider, much to the crowd’s delight.

In the final game, Azman allowed a 4-2 lead to fall into a 5-8 deficit and while she came back to level 10-a piece after some highly controversial decisions from the referee, it was Chan who would defend her title and justifies her top-billing in Macau. 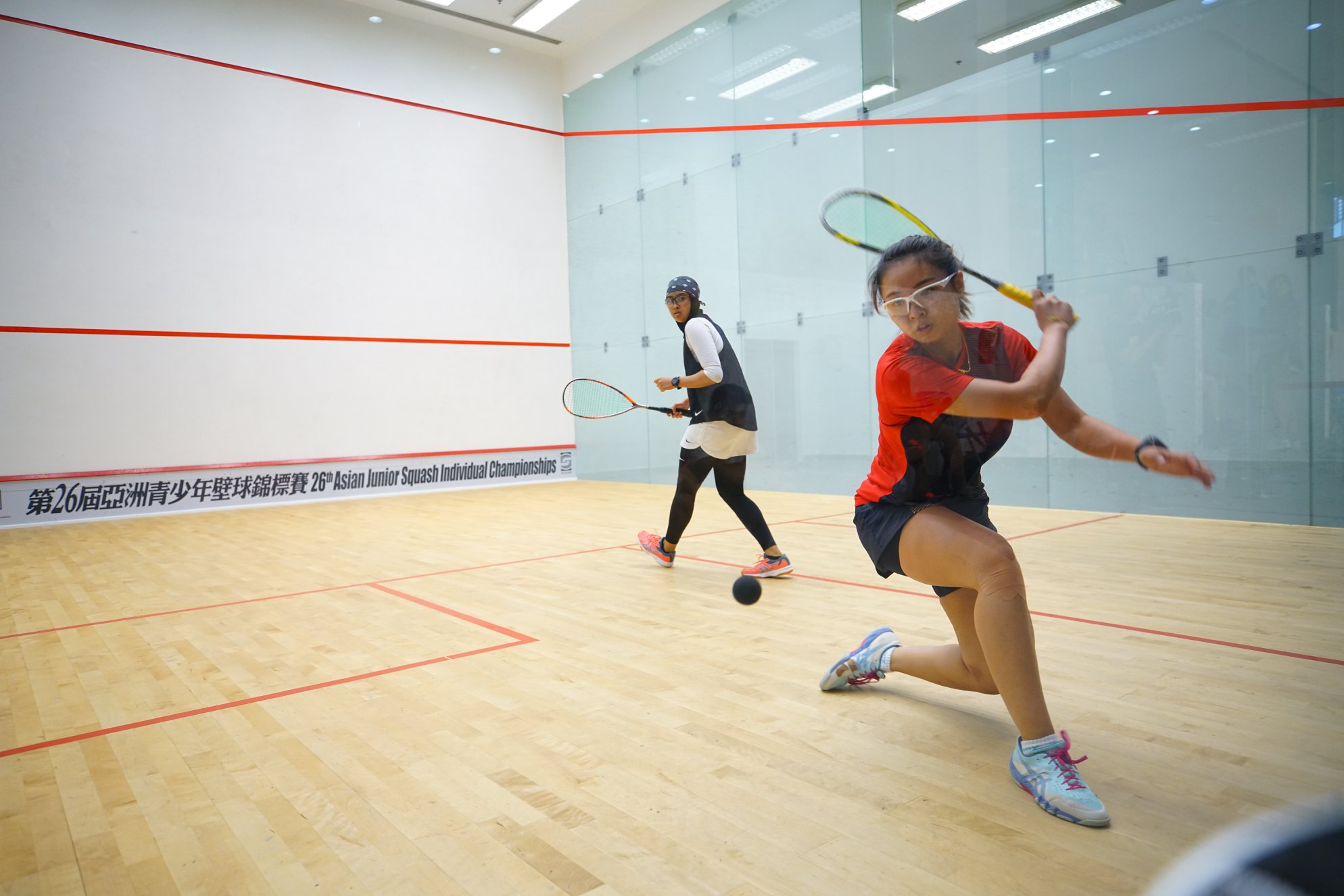 Chan Yiwen (r) of Malaysia proved that she was worth the top seeding after dispatching compatriot Aifa Azman in a brutal match.

“I’m really happy that I proved myself is good enough to be top seeding. It was brutal and tough, but I’m glad that I made it through.

“There is the World Juniors in a couple of weeks. That will be my last junior tournament, so this will be a good confidence booster for me going into the event and also into the senior ranks after this,” said a very delighted Chan Yi Wen, who twice lost to Aifa Azman in their last two competitive matches.

In the younger age groups, Malaysia’s other titles came through Anrie Goh and Wong Lee Hong who both performed above their seeding to win the under-13 events, Aira Azman who defended her girls under-15 title and Nathan Kueh in the boys under-17. The total haul of five titles is a big improvement from the two won the previous year.

“Overall, it’s a successful week, but it would have been nice to add the boys under-19 title to the list. There were some fantastic performances and some players were unlucky. But the important thing is it shows depth that we have when some of the other players can push through.”

Hong Kong’s Chan Sin Yuk and Pakistan’s Mohammad Hamza Khan denied more Malaysian victories as they saw off Malaysian opponents in their girls under-17 and boys under-15 categories respectively.