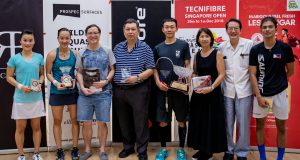 Malaysian star Low Wee Wern shares her memories of soon-to-be-demolished Kallang and what would be an ideal replacement By ALEX WAN – Squash Mad Asian Bureau Editor Singapore’s Kallang Squash Centre may be aged, but it is an iconic and memorable squash venue for many. Back in 1989, the World Men’s Team Championship was held [...] 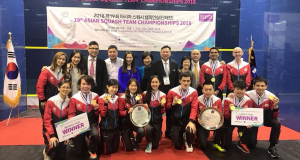 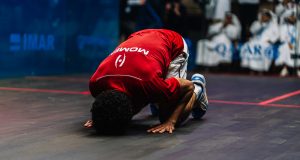 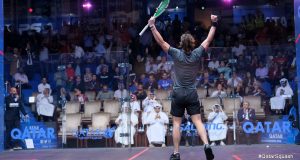 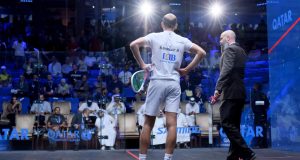 A new World Champion to be crowned after Marwan stops elder brother Mohamed By ALEX WAN – Squash Mad Asian Bureau Editor There will be a new name etched onto the PSA Men’s World Championship trophy on Friday after Mohamed ElShorbagy was beaten by his own younger brother Marwan in a seesaw match that went [...] 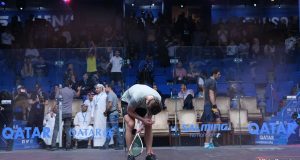 Paul Coll survives while Zahed Salem takes out Miguel Rodriguez By ALEX WAN – Squash Mad Asian Bureau Editor Zahed Salem produced the upset of the day here at the Khalifa Tennis and Squash Centre in Doha, Qatar when he took out the flashy Columbian Miguel Rodriguez. But it was Paul Coll and Omar Mosaad [...]

Amazing display of accuracy sends Willstrop into the last eight 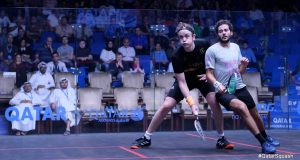 It’s joy for England’s Willstrop while fairy tale for Tamimi ends By ALEX WAN – Squash Mad Asian Bureau Editor James Willstrop rolled back the years today as he put up a magnificent display to send third seed and 2016 World Champion Karim Abdel Gawad packing in the last 16 of the 2019 Men’s World [...]

All seeds from bottom half through to last 16 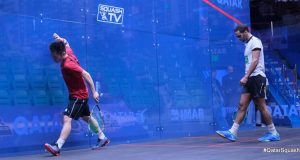 No upsets but heartbreak for Leo Au By ALEX WAN – Squash Mad Asian Bureau Editor There were no upsets on the lower half of the draw today as all seeds made it through to the round of 16. Five Egyptians, led by top seed Mohamed ElShorbagy, Marwan ElShorbagy, Mohamed Abouelghar, Omar Mosaad and Zahed [...] 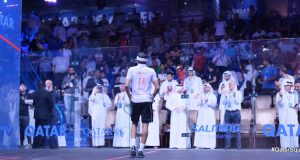 On fire Abdulla Al Tamimi powers through into the last 16 By ALEX WAN – Squash Mad Asian Bureau Editor Abdulla Al Tamimi rewrote his own history today when he broke a record he made barely 24 hours ago at the Khalifah Tennis and Squash Centre in Doha. After being the first Qatari to reach [...] 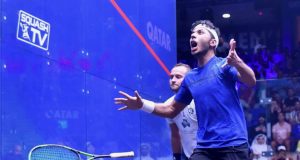 Tamimi overcomes home court jitters to make second round of World Champs By ALEX WAN – Squash Mad Asian Bureau Editor History was made today at the Khalifa Tennis and Squash Centre when two Qataris made it into the second round of the 2019 Men’s World Championships held here in Doha, Qatar. Top player Abdulla [...] 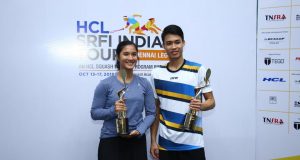 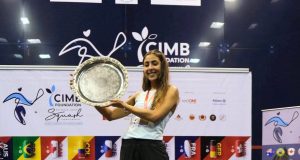 World Junior Champion not surprised at her senior success because of her hard work By ALEX WAN – Squash Mad Asian Bureau Editor It has taken her five attempts and three finals to get there, but after playing second fiddle for two consecutive times, Hania El Hammamy can now proudly claim her title of World [...] 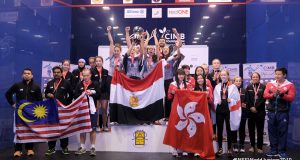 Egypt stops Malaysian comeback to win for the seventh straight time By KNG ZHWNG GUAN, HOWARD HARDING and ALEX WAN – Squash Mad International Correspondents It is seven in a row for Egypt as they denied Malaysia a fierce comeback in the final of the CIMB Foundation WSF World Junior Team Squash Championships. It was [...] 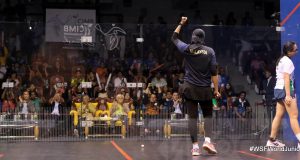 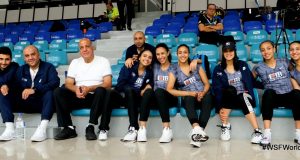 Top seeds Egypt, Malaysia and Hong Kong eases into semis while England are made to work hard By KNG ZHENG GUAN, HOWARD HARDING and ALEX WAN – Squash Mad International Correspondents Malaysia stayed very much on track in their title bid while England produced the day’s drama as the cast for the semi-finals of the [...]