Paul Coll and Tarek Momen will contest the 2019 PSA Men’s World Championships final tomorrow after they both won monumental battles at the Khalifa International Tennis and Squash Complex in Doha, Qatar.

Paul Coll perhaps won the biggest match in his career when he twice came from behind to beat Marwan ElShorbagy in a dramatic semi-final. The win meant Paul will be the first Kiwi to feature in the men’s World Champs final in 33 years since Ross Norman in 1986.

It was Marwan, who took out his top seeded brother Mohamed the day before, who came out firing. Marwan was quick to race to a 7-1 lead with some quick winners. But Paul slowly got into the game and manages to close to 8-5, before a stroke decision off a player review pulled him further away to 9-5. It was at this juncture when he strung four consecutive points to tie 9-9. But Marwan was not to be denied the lead as he finished off with a pair of volley drops – one on each side. 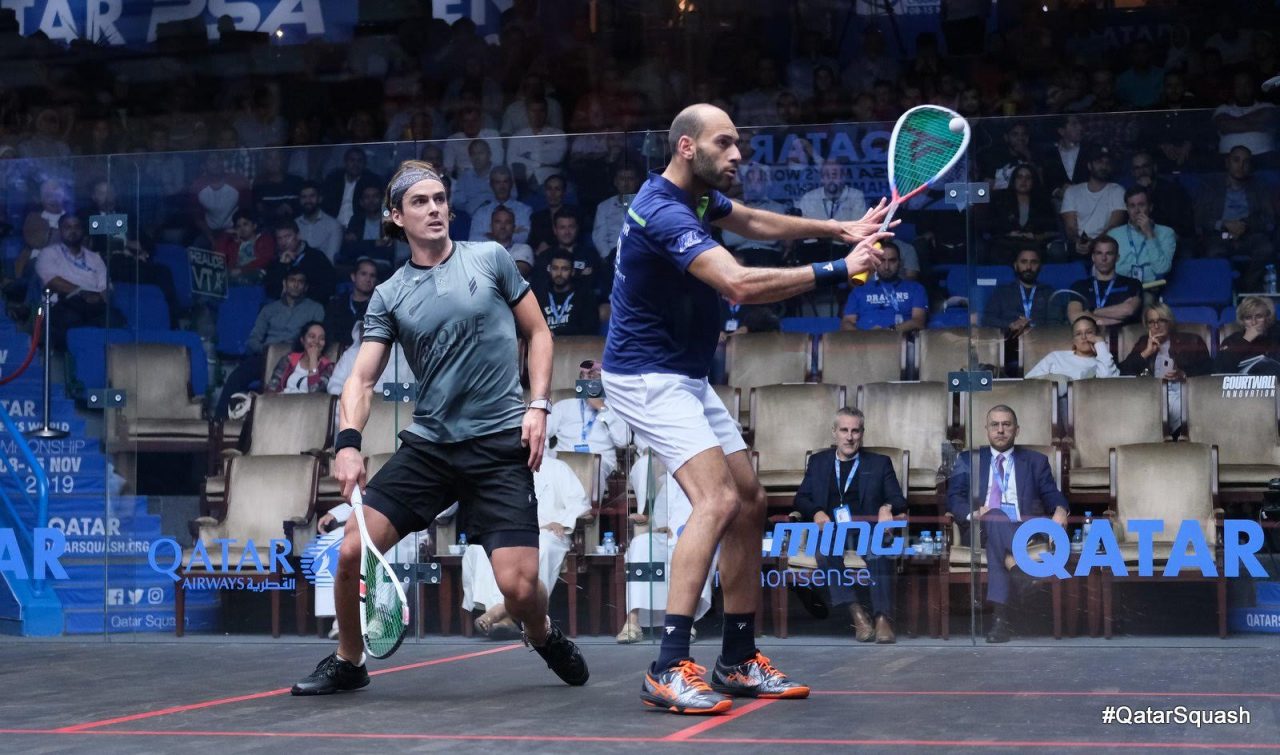 Marwan came back in the second firing and in two short rallies, he went 2-0 up. But he was ran into by Paul in the last rally and a rather long injury break followed. When the game resumed with Marwan strapped on the right thigh, Paul got onto the scoreboard, but just. From 2-1, Marwan raced into a big lead at 7-2 and once again, the Kiwi caught back to 8-8 and eventually closed it 11-9 to tie the match.

The third saw Marwan once again jumping into a big lead. It was 7-2 before Paul somehow clawed back to 8-7. But it was eventually The Jackal who went into the lead after winning the game with a backhand straight kill, winning 11-8 in 14 minutes.

Paul came back in the fourth looking in a hurry. Each time, he was wanting to get on with the point, often rushing to serve and receive. It was just an eight-minute game with Paul dominating for most of it. It was played at a very high pace and from 6-6, Paul went into overdrive and took five points in a row to draw level.

Barely 30-seconds into the break, Paul was back on court and ready to go. It was definitely meant to send a psychological message which could have worked as he led from start to end. The final rally was a fitting finale to a wonderful match, Paul Coll being sent scrambling to all corners of the court before he finished off with a backhand flick and a loud roar for his first win on the PSA World Tour over Marwan and a place in the biggest match the sport has to offer. 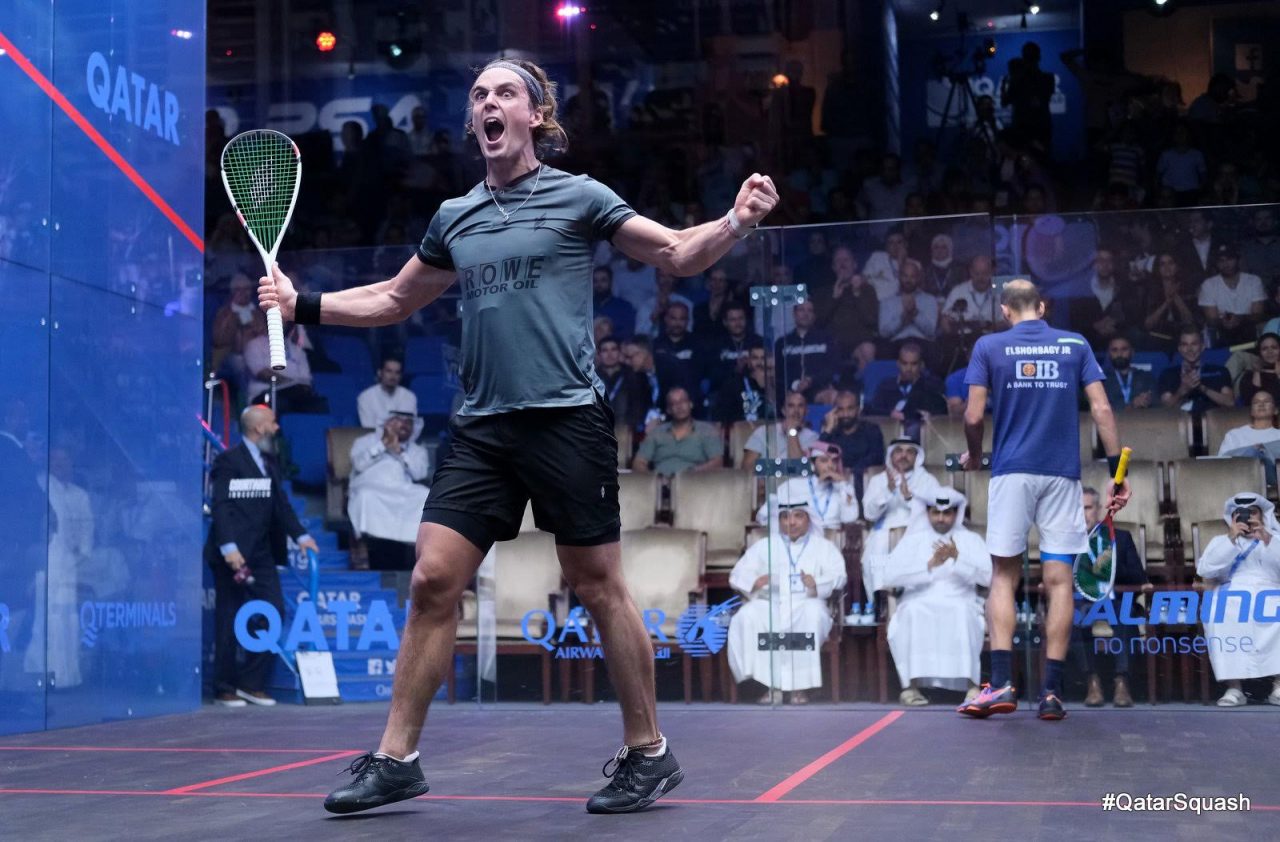 A delighted Coll said: “I feel over the moon. It’s a pretty thrilled feeling. I’m just going to enjoy the moment as it is and then focus on preparing for tomorrow. Tomorrow is the biggest match possible and I want to be firing for that. So very, very happy but I’m going to start looking to tomorrow.

“Marwan is one of the best in the game to win quick points and he did that at the start of the first three (games), and I’m kicking myself because my game plan was to not let him do that. I didn’t feel like I was playing terrible squash, just a few wrong shot selections. The important thing was to stay mentally focussed and believe that I was doing the right thing.

When asked what he had to do at the start of the second game when Marwan was on his injury break, Paul said:

“I just had to stay warm and it was important that I didn’t give away easy points after that. So I just wanted to focus on my length and stay in front of him because I knew he was going to come out and get some quick points while I was a little bit cold.

“I’m ecstatic. I can’t wait for tomorrow. Hopefully I can sleep a little bit tonight but I’m pumped for tomorrow. I’m just so excited.”

While Paul Coll is into his first final, Tarek Momen won against Simon Rosner in four games to make his second consecutive final. Tarek, or The Viper, as he is known, took a while to get into the game, while Simon was quick to pounce from the start.

Simon came out firing and was looking very sharp and quick onto the ball. He was in the driver’s seat and raced to a 7-2 lead with winners both at the front and the back. At 10-6, game ball to Simon, Tarek managed to save three of them, before a stroke on the backhand side gave the German the lead. 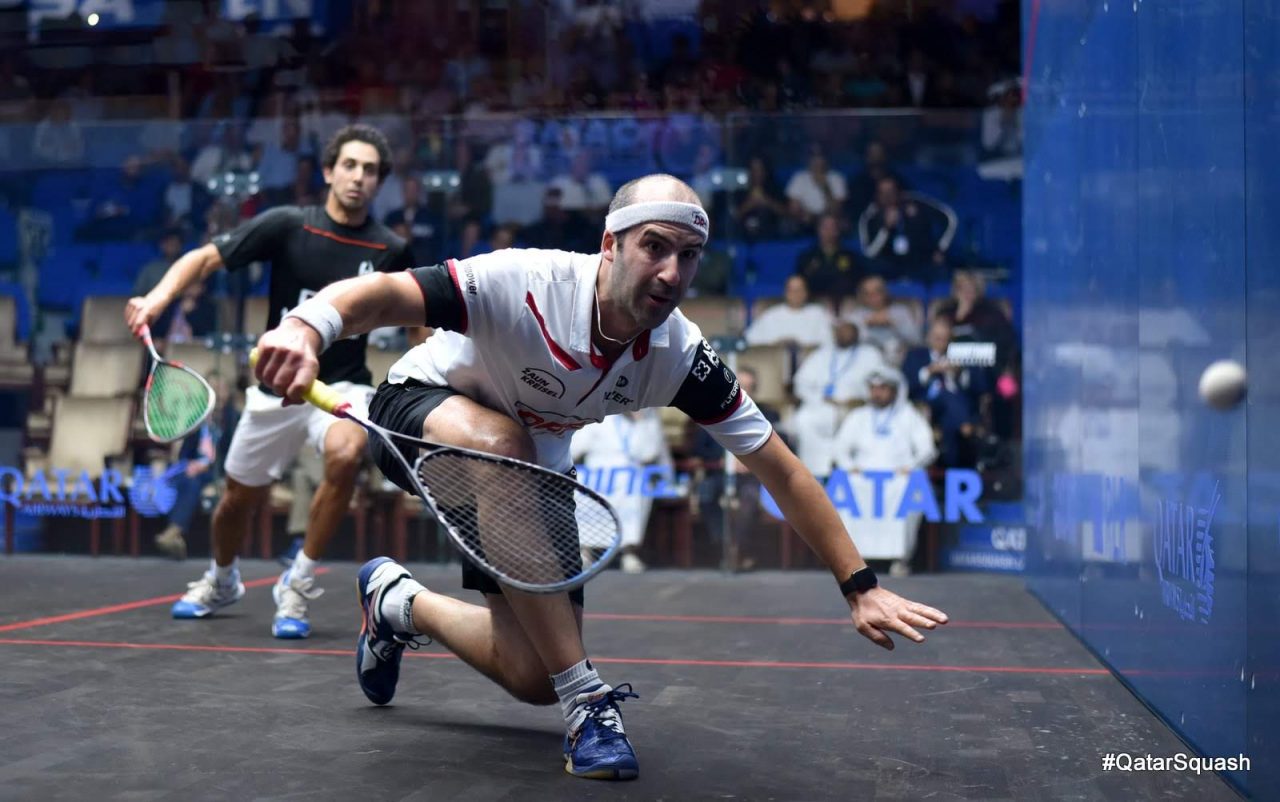 Simon Rosner started the match with a bang

Despite Tarek seeming to have found his range at the beginning of the second game, it was all too familiar as Simon went into a 6-3 lead, winning three of those points from a stroke. But there was a major shift in momentum as Tarek took total control after that. It was winner after winner from the Egyptian’s racket, often at the front of the court. It was 11-7 to Tarek in just 10 minutes.

Simon started the third strongly, surging ahead with a 3-0 lead and then 4-1. When Simon next hit a backhand into the tin, it became the turning point and we saw Tarek Momen at his best. Point after point, often creating a lot of trouble for The German Tree Chopper in the front left corner, he just worked through some hard rallies and won in 13 minutes for the lead.

Having worked Simon very hard in the previous game, the effects showed in the fourth. It was Tarek at the front for most of the time, dictating and varying the pace of the rallies so effectively. 11-5 to The Viper and a ticket into his second World Champs final. 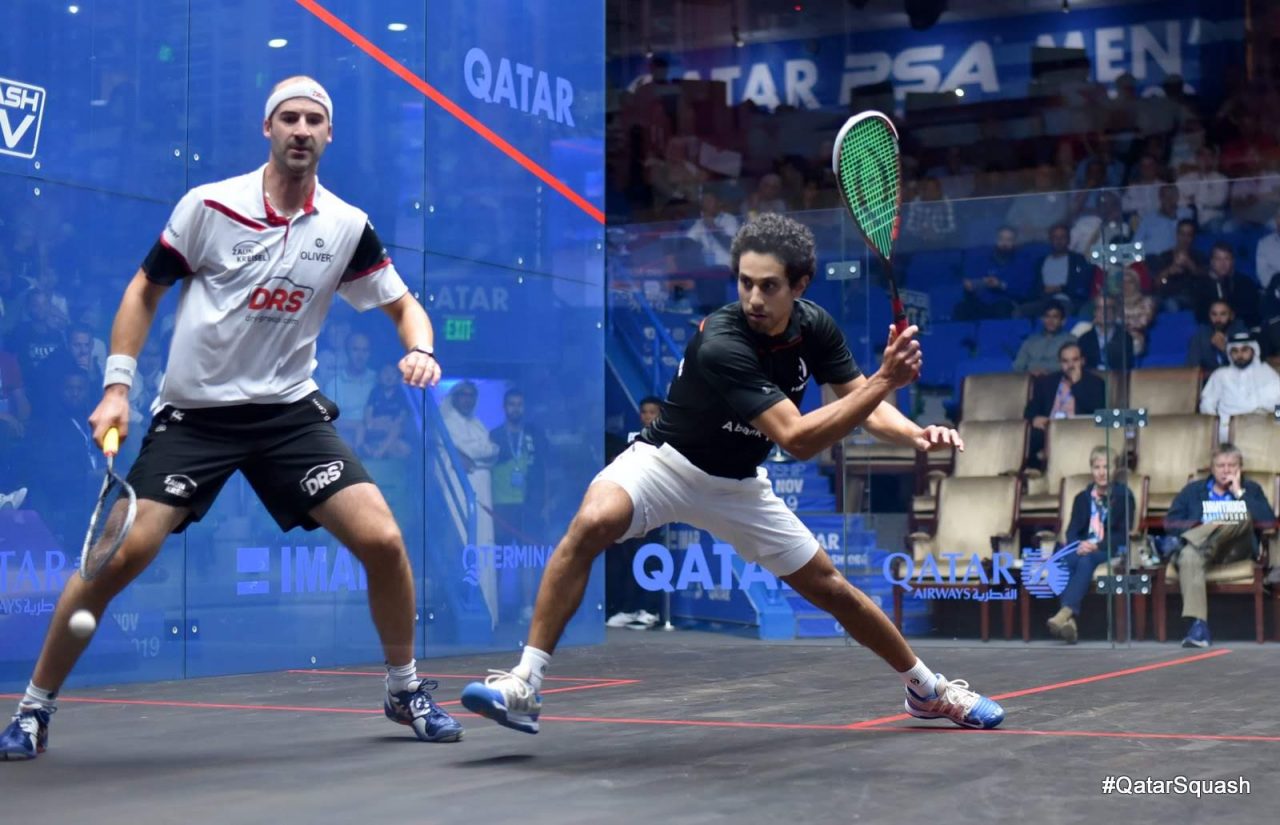 Momen said: “It was a really good match today. Simon really pushed himself really hard. He gave it all in the beginning and I was really struggling to cope with everything. It is the semi-finals of the World Champs and nerves have to have a role. I’m just so glad I managed to pull myself together and keep pushing.

“There was a pivotal moment in the second game when I was 6-3 down. I had to push really hard because to go 2-0 down against Simon, we’ve had this scenario a few times and I’ve never won. So I knew going 2-0 down, I would have a huge mountain to climb. I am so glad I came back to win that game. From there on, I just kept pushing and maybe used my speed advantage a little bit to close out the games.

“I had to readjust a few things. He makes up for his slight lack of speed with his curt coverage. He has a really massive reach and he can cut off so many of my shots. I tried to make him work as much as possible without giving him a lot on to his volley. It was a tough job and always hard to get the ball past someone as big as Simon.

“It’s amazing, but it’s not done. I’ve been there already, I know how it feels and now the focus is to recover and prepare myself for tomorrow’s big battle and to lift the trophy I’ve always dreamed of.”