Alex Wan August 15, 2020 No Comments on How an eleven year old in Malaysia scored big with her squash

At just a tender age of eleven, Malaysia’s Harleein Tan has joined the ranks of Roger Federer and previously, Novak Djokovic, as ambassadors of major Japanese label Uniqlo. While her deal is nothing in comparison to the economic values of the tennis duo, little Harleein has in other ways been reaping the rewards the sport has presented to her. What makes it sweeter is it came at a time when the world literally came to a complete halt due to the COVID-19 pandemic.

The Uniqlo encounter was purely by chance. Harleein’s mom Sharmilaa was shopping for her squash skirts, which in Malaysia, is a rather difficult feat as there are only a handful for kids as young as Harleein. After contacting the Uniqlo Public Relations Manager and explaining their difficulty, they sent her a list of clothing Harleein could have all year round in exchange for some social media postings, something which the 11 year old does amazingly well on her Instagram page @harleein.

“Uniqlo is for everyone. Contrary to their name “Uniqlo” (unique), their clothes are actually simple, essential and universal”, Harleein said when asked how would she like people to view the brand, as their ambassador. 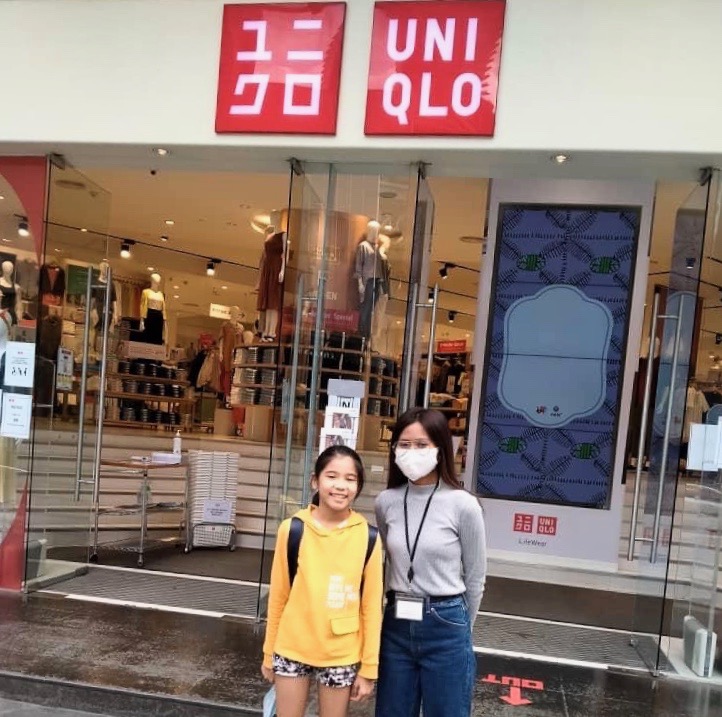 Harleein Tan with a Uniqlo staff during one of her shopping trips.

The much bigger catch for Harleein, however, was a prestigious scholarship for her entire secondary education. While many juniors are working towards a college or university scholarship, her securing such a lucrative one at such a young age has simply upped the ante on this angle. The scholarship, worth a combined total of MYR 300k (about GBP 60k), will also cover her private squash coaching sessions in the school with school coach Hafifi Tarmidi.

Kolej Tuanku Jaafar, a famed private boarding school founded by World Squash Federation Patron HRH Tunku Tan Sri Imran ibni Tuanku Jaafar and his siblings in the 80s, is where Harleein has been attending school since she was four plus. The full scholarship is the icing on the cake after the youngster had previously received 25% and 50% scholarship of the school fees previously.

Dr Glenn Moodie, the school’s principal, was full of praise when asked why was Harleein chosen for the scholarship:

“We are very proud to support Harleein with a squash scholarship. This scholarship was awarded in recognition of not just her potential, but also her character. Harleein exhibits traits which we value highly at the Kolej: sportsmanship, determination and humility. It was an exciting moment for the school when she won the British Junior Open in January and we are very much looking forward to watching her progress in the coming years.”

Harleein, who named mathematics and science as her favourite subjects in school, speaks highly of her school, Kolej Tuanku Jaafar or KTJ for short.

“KTJ is more than a school to me. KTJ is a family. The teachers are great. I feel comfortable, safe and enriched there. I have friends from twenty countries, which provide me exposure to global customs and practices. Apart from that, my school provides an extraordinary range of extra-curricular activities.”

Relatively unknown until early this year, Harleein stamped her mark on the world squash scene when she waltzed her way to her maiden British Junior title in the under-11 category, on her first attempt at the tournament. Seeded joint third, she swept aside Egypt’s top two seeds in her category in straight games in the last two rounds of competition.

Harleein, the elder sibling to brother Hisshan, started to play squash in 2014 when she was five in Kolej Tuanku Jaafar. The teacher in charge thought she had a very natural swing and encouraged her to pursue the sport at state level. Within six months of joining the state programme under her first coach John Heng, she participated at her first state-level tournament where she finished third in the under-9 category. By 2015, she’d already won a national level event and two years later in 2017, she won the under-9 event of the KL Junior Open, an international junior event which attracted more than 800 entries from 20 countries last year. 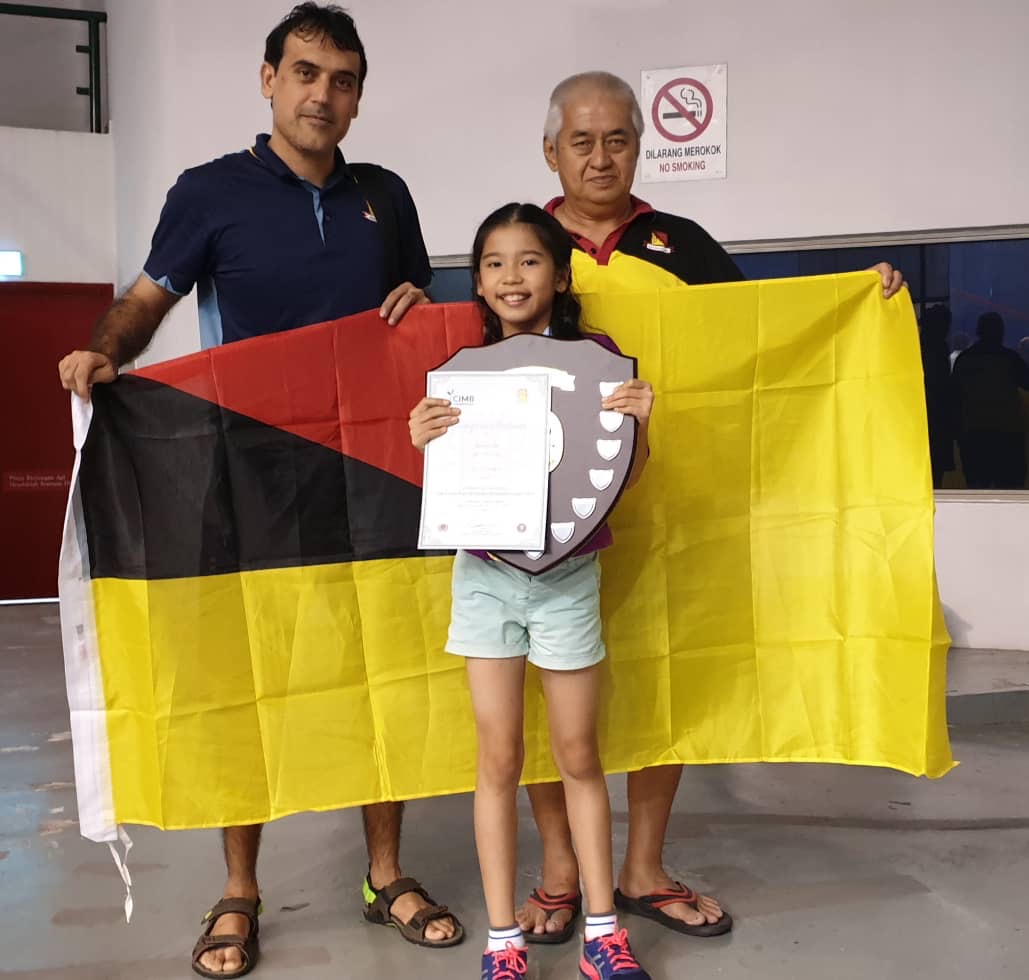 On the international scene, Harleein has also tasted successes at the Singapore and Hong Kong Junior Opens. That, as mom Sharmilaa explained, did not come easy on the family financially as they’ve had to finance all Harleein’s international tournaments, in addition to the school fees prior to the scholarship.

In a conversation we had over Zoom, we were impressed with her level of maturity at handling the questions and how well she spoke. She shared with us a little more about herself and her squash.

What do you love about squash compared to other sports?

I don’t know what I love so much about squash. But ever since I started playing squash, I never wanted to play other sports. It’s like if you love something or somebody, you do not have to find reasons for it or find alternatives.

Who would you say is your favourite player and why so?

Raneem El Welily is definitely my favourite. She is such a fair player and has so much grace on court. She is also extremely talented and skilled. I always try to play like her on court, being fair and not pushing my way through my opponents. I was really sad to hear her retire recently as I have never had the chance to watch her play in person. Apart from that, I am also a big fan of Nicol David.

We are sure there are many budding squash players who look up to you, perhaps as a role model. How would you like them to see you?

What your favourite shot?

I love the boast. I think I am good at executing it and it has won me many points in matches.

How did you handle the time when we were locked down and couldn’t train?

I was very lucky enough to have my school arrange a court all to myself. So I actually spent about one and a half hours every day doing solos. I practiced my drives, my service and anything on my daily list, which my dad prepared for me. 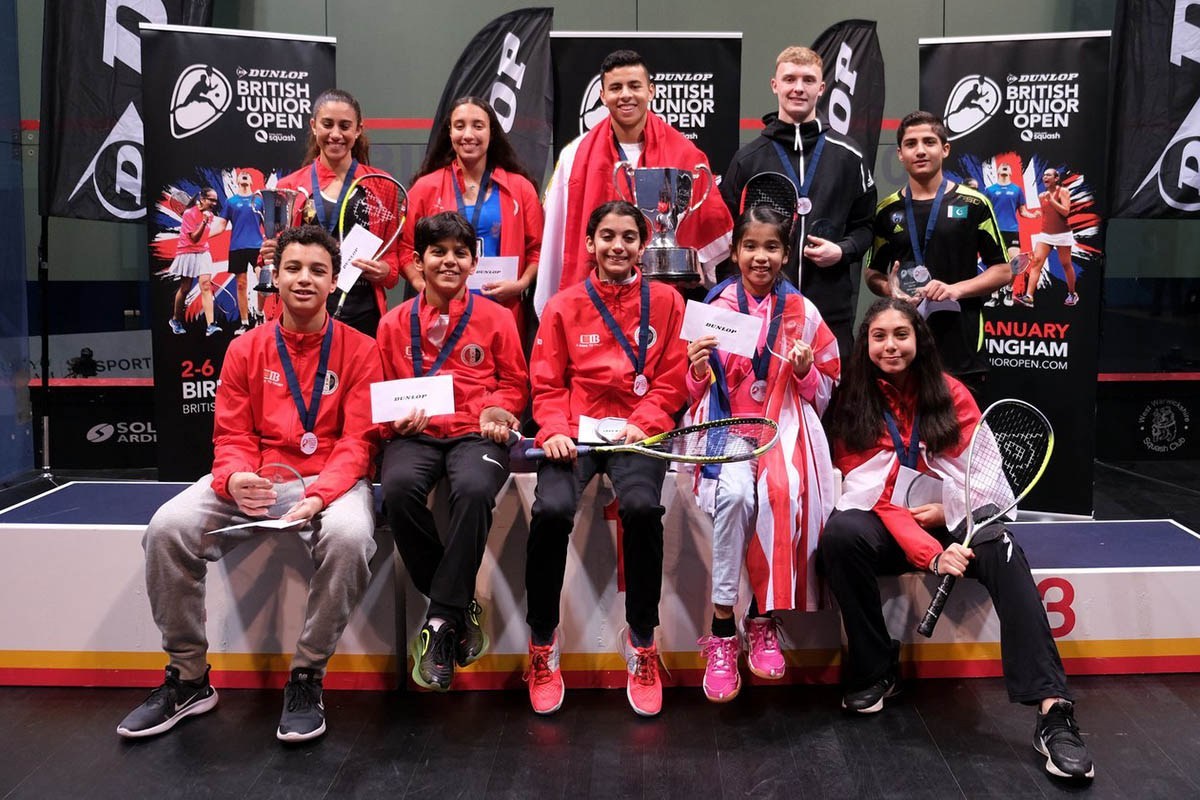 Let’s think back to the time of the British Junior Open final. Do you remember feeling nervous at all?

I was very nervous. It was my first time playing at the British Juniors. But I told myself it’s just like any other game and to keep going. It kinda worked!

With the British Junior title in the bag – your very first major, do you think you will win many more?

Actually, I really do not understand what is a major or minor title. I felt equally as happy when I won the Penang Open, the Hong Kong Open, the Singapore Open and even the National Junior Championships. I just see it as every match counts. Of course, after the win and with the publicity I got, I realised the British Junior Open is actually a big deal. Of course, I do intend to win more titles for the country, anything that will bring pride and joy for Malaysia. I plan to continue to train hard for that.

Finally, how do you feel and deal with losing a match?

Of course I feel sad when I lose a match. But I also learn many things each time I lose. I am especially sad if I lose in a match knowing I did not play well. 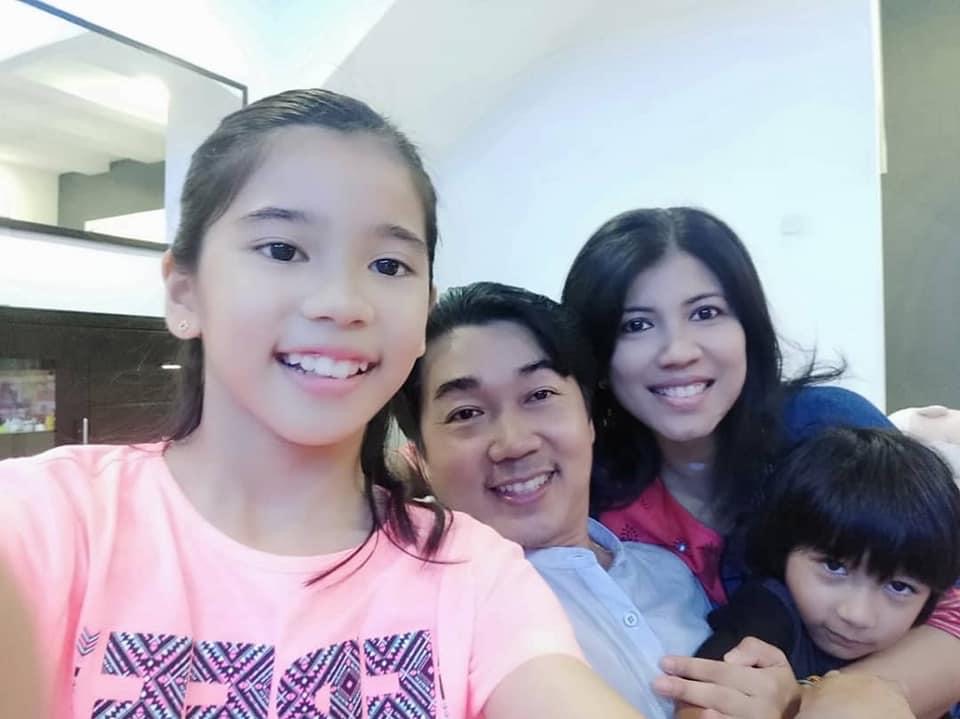 Harleein with her dad Hock Seng, mom Sharmilaa and brother Hisshan back home in Malaysia.