Singapore’s Kallang Squash Centre may be aged, but it is an iconic and memorable squash venue for many. Back in 1989, the World Men’s Team Championship was held at the venue where Singapore claimed a top ten finish, their second best ever, after a sixth placing in 1985. Unfortunately, the squash centre is slated for demolition as part of the Singaporean government’s development plan for the area. What’s more worrying is that no replacement venue has yet to be identified, so the island nation could be left without a national centre.

Malaysian number one Low Wee Wern has long been an avid supporter of the nation’s squash scene. Here, she speaks to Singapore Squash on her memories of the Kallang Squash Centre and her visions of an ideal replacement.

One of the more familiar faces of world squash that has graced our shores regularly in recent years is Low Wee Wern. The 29-year old Malaysian has been seen on and off in Singapore running clinics, supporting events and of course, playing in tournaments. At her last competitive event here at the 2018 Singapore Open, she waltzed through to the title without dropping a single game. 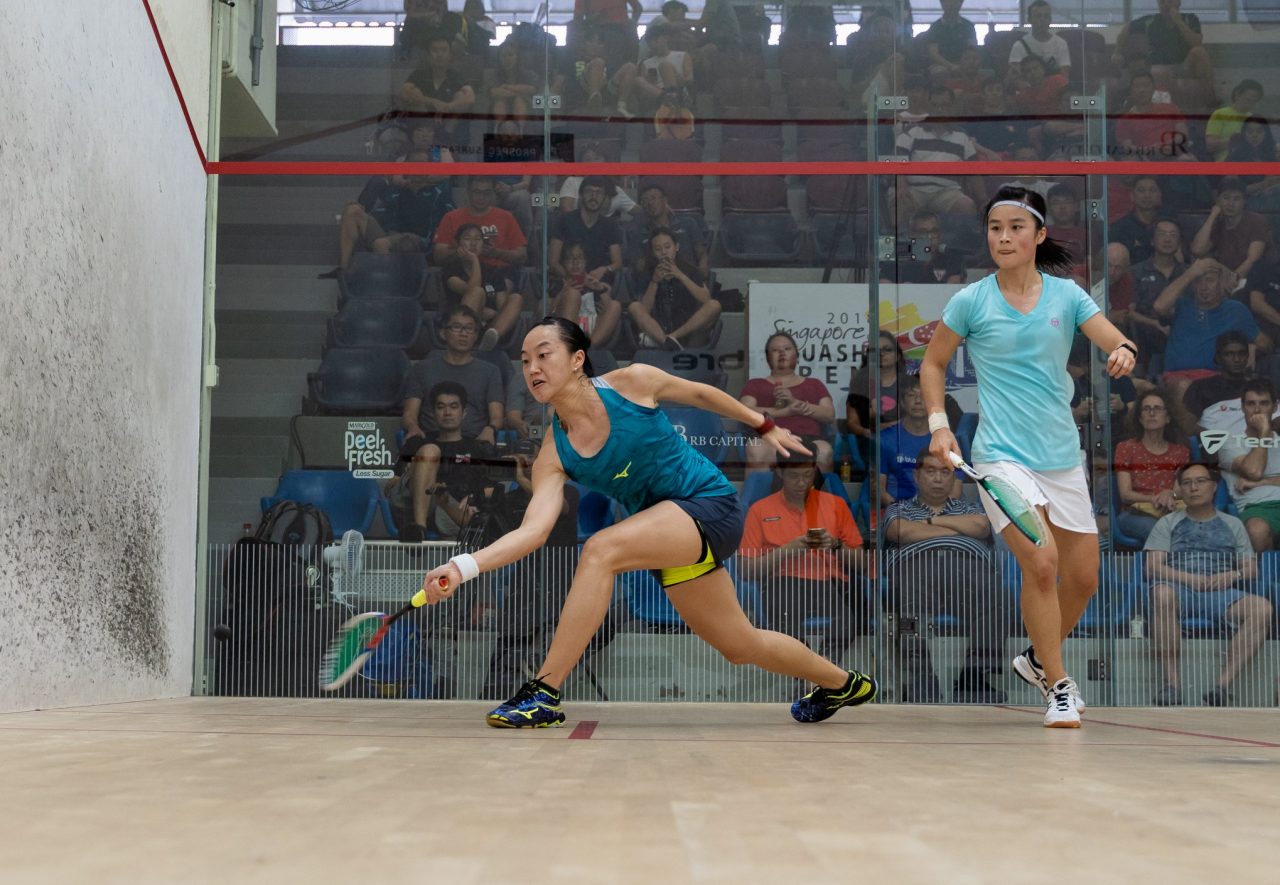 Wee Wern (l) in action against Hong Kong’s Lee Ka Yi during the final of the 2018 Singapore Open held at the Kallang Squash Centre.

Just before the circuit breaker (lockdown) was activated, Wee Wern was down here supporting the Ultimate Squasher fund-raiser, where she played her part in raising over S$18,000 for the Singapore SRA. It may not be known to some, but Wee Wern and the ladies behind Ultimate Squasher, Sandra Wu and Della Lee, have come a long way together.

“I’ve known Sandra (Wu) and Della (Lee) for a long time and we meet up quite often to talk about squash. We seem to share the same views about how to improve squash in Singapore.

“I first met Sandra when she was the national coach in Malaysia and at that point, I played in the World Juniors under her. We’ve both travelled to quite a few tournaments together and we got to know each other pretty well, before she moved over here,” Wee Wern said.

Singapore also holds sweet memories for the Penangite, as it was at the Kallang Squash Centre’s Court 1 where she first tasted big success when she won the Asian Junior title back in 2006. Her win here in Kallang made her the third Malaysian after Sandra Wu and Nicol David to bag the title.

In those days, there were no age groups at the event, so everyone was just participating in the under-19 event. What’s most impressive was the fact that Wee Wern was only 15 when she clinched the title, beating Hong Kong’s Leung Shin Nga in the final. Not surprisingly, it wasn’t her only title as she went on to win it another two times in 2007 and 2008, as part of the 19 junior titles she has won throughout her junior career. On both occasions, she overcame India’s Dipika Pallikal in the final. 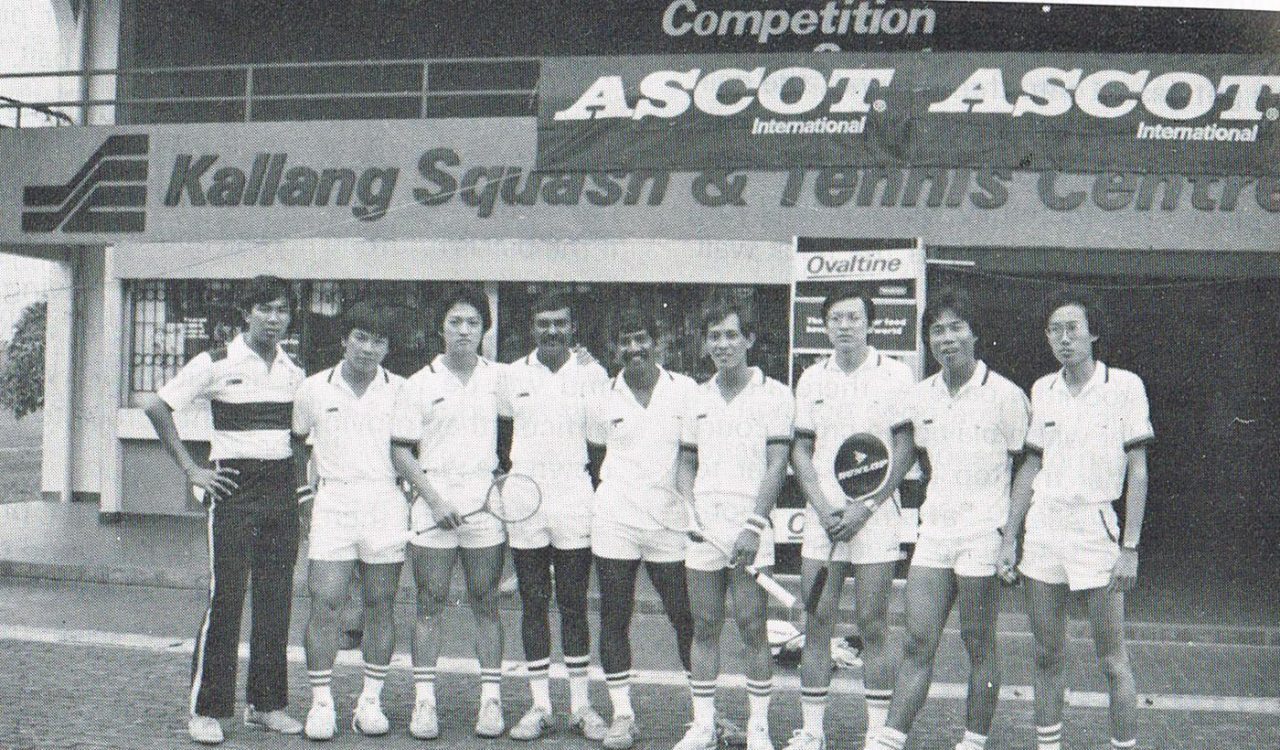 The Singapore and Malaysia teams pose in front of the Kallang Squash Centre in 1981 during the annual duel between the two nations. (Photo from lampinfoo.com)

Wee Wern also shared that she remembers exactly how she felt at the Kallang Squash Centre when she clinched the winning point:

“I was only 15 when I won that, so to win against much older players, that felt very special. It was also the first of the three I won, and the first one is always extra memorable. It was definitely a very big stepping stone for me, winning that one.”

We asked Wee Wern what she thought of the fact that the venue is set to be demolished in the near future for redevelopment.

She shared that apart from the Asian Juniors, she also had some memorable wins there back in the days when the CIMB Singapore Squash Masters was competed in 2007-2011. But more importantly, she said she knew the importance of having a squash centre, and it’s not just for the national players. For the young kids who are into the sport, it’s a place where they would spend a lot of time learning and growing with the game they love.

“I grew up in an environment in Penang where I have been at the centre since I was eight years old, so I know how important it is to have a safe environment to not just learn about squash, but values in general. It’s a place where kids will learn a lot of life lessons.”

A packed gallery at the Kallang Squash Centre during the 2019 Singapore Junior Open. The gallery on court 1 of the centre is one of the best club-style show courts in the world that is similar to the former Lambs Club in London, which also fell victim to development plans some years back.

While many of us are still fretting over the whole idea of losing the Kallang Squash Centre, Wee Wern said while it is sad to see an iconic venue go, she also feels it opens up an opportunity to have a newer and better one built. Kallang may be the best squash centre there is in Singapore, but as it is aged, it lacks many facilities where it can be called a world class, tournament-ready venue. But what really constitutes as one and perhaps, one that suits our needs?

“For me, it would have to consist of at least six courts and having an all-glass court would be most ideal. Many major events are played on all-glass courts these days so it prepares players getting used to that. But even more so, it is very motivating and inspiring to players to just see an all-glass court. It does wonders in giving players an extra motivation to go out there to want to train harder, just to be able to compete in there. It’s just a totally different feeling playing in an all-glass court compared to a traditional court.

“I’ve been to some of the Ivy League matches (in United States) and seeing the facilities they have, it’s remarkable. I remember going to Trinity College (where her sister Wee Nee studied) – there were at least ten courts and two all-glass courts. If I’m not mistaken, every college with squash actually has an all-glass court.

“The new centre needs to be in an accessible location where people from all walks of life can get to without much trouble. You have to remember that for kids, they will most likely be coming straight from school. With that, it also needs to be in a safe, bright area where parents to feel at ease to have their kids travel there and back on their own.

“It will also be good to have a gym and physiotherapy facilities. As we know, recovery is very important and essential with any high-level sports. Unfortunately, it’s an area that is quite often overlooked. Even if having a full gym is not possible, having an area with enough space and equipment for players to warm up and down, that would make a big difference.”

Wee Wern is no stranger to rehabilitation and physiotherapy as she was on the receiving end of this after an injury that nearly robbed her professional career away. In our next article, we speak to Wee Wern on that and a little further on the topic of recovery. 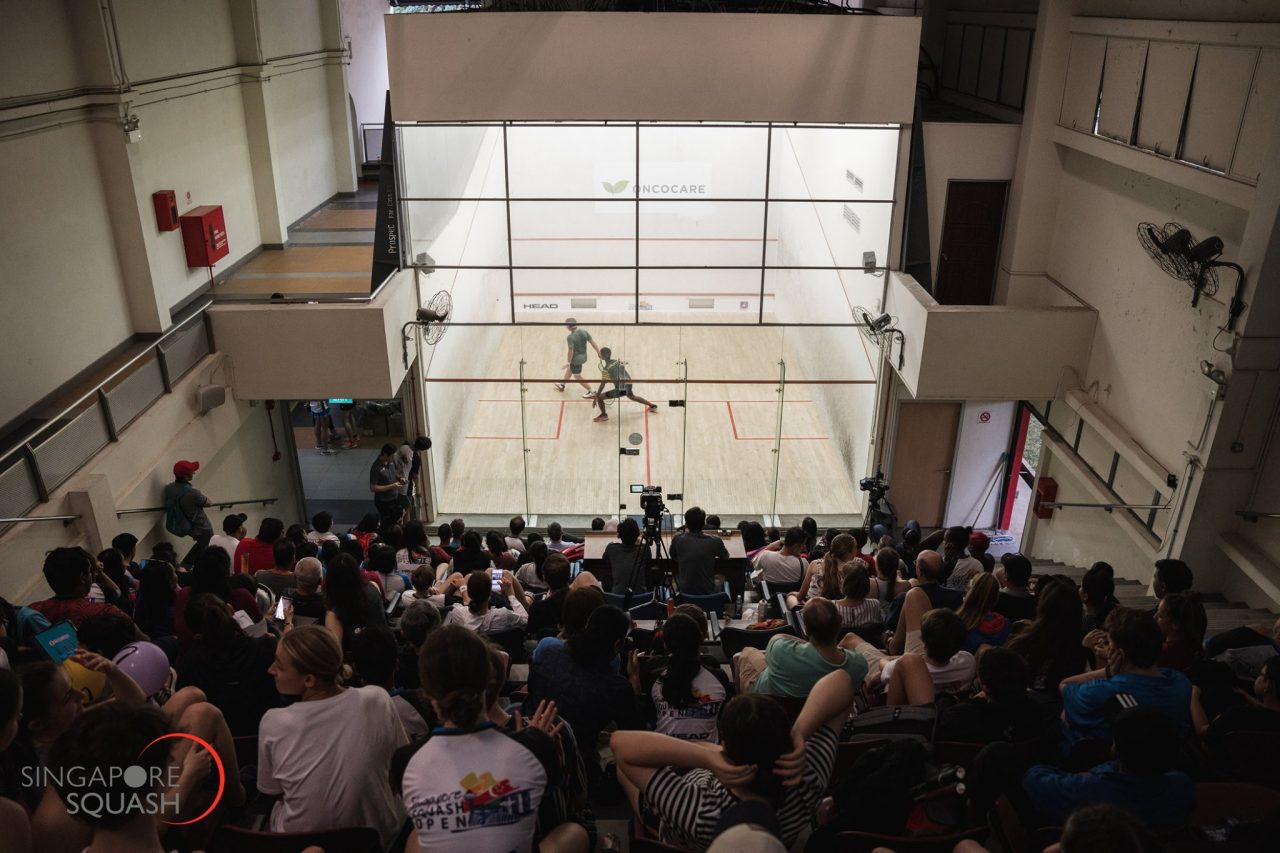 View from the top of the gallery on Court 1 in Kallang (above). The view from here is almost identical to the one from the top of the Wembley Squash Centre (image below), the England SRA’s Championship Court for 14 years where Geoff Hunt won five British Open titles. 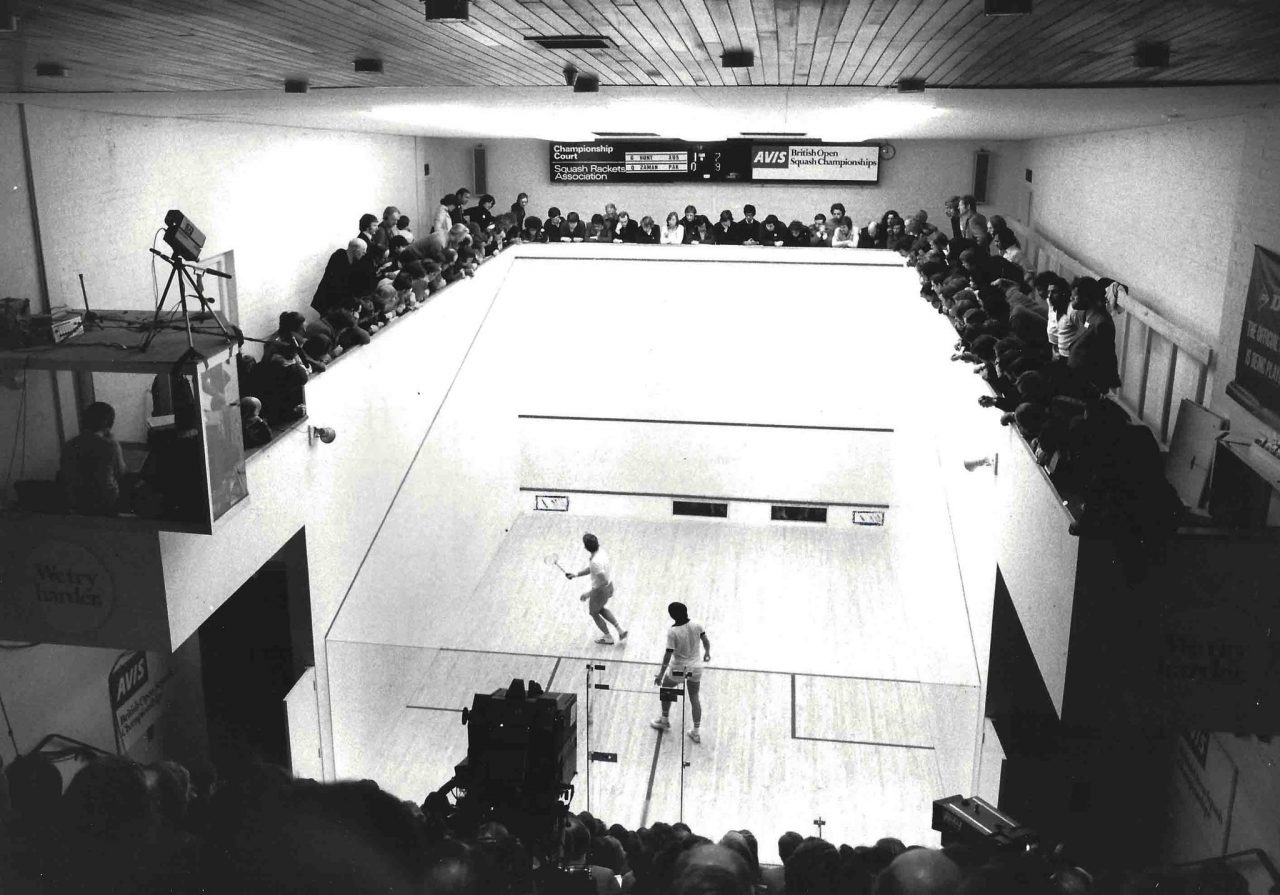 SquashMad would like to thank Singapore Squash for permission to reproduce this article.