Geoff Bew September 25, 2018 No Comments on Declan James takes success in his stride 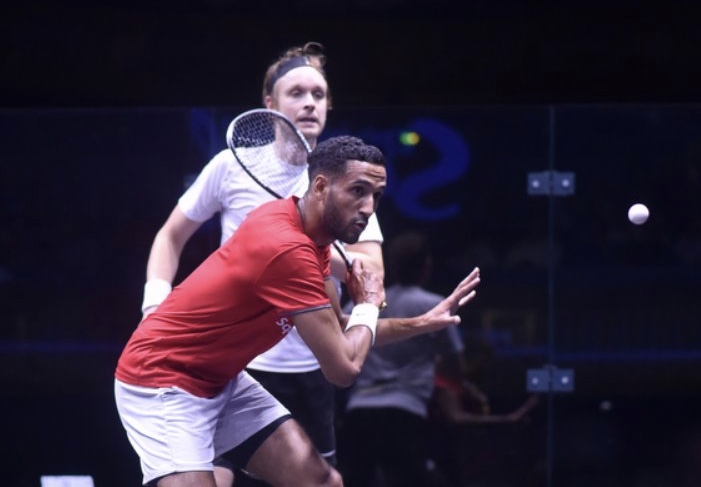 Declan James in action against James Willstrop in the Nantes final

Rising star Declan James plans to celebrate the biggest win of his career by “going back to the drawing board”.

Fresh from his victory over James Willstrop at the PSA International Open in Nantes, you could forgive the Englishman for taking some time out to reflect on the achievement which has taken him to a new world ranking of 21.

But the Dark Knight says the experience has only inspired him to train even harder as he pushes to get into the top 10.

“You can’t get too excited when you get good wins and you can’t get too downhearted when you take a loss, so you have to sort of stay level headed,” he said after taking part in a charity squash exhibition for Squash Squared at the St George’s Hill Club in Surrey.

“Don’t get me wrong, I take the confidence of getting on a run of momentum, that plays a big part in squash, but I think I need to go back to the drawing board and work harder because I realise that when you do get some big moments on the tour it’s only because you have done a lot of hard work.”

Declan, who has been a pro for seven years, credits greater intensity in training for a recent upturn in results.

“I’m smarter about the way I train now, more intensity, higher pace when I’m on court, and there’ve been a few technical changes here and there,” said the Commonwealth Games doubles bronze medallist.

“The intensity that I bring to the court now is what I need to get to the next level so that’s probably the single biggest thing.

“Once you get into the top 50 there’s not one thing that’s all of a sudden going to make you an amazing player it’s a combination of lots of little improvements that add 1% here and there that can help you turn corners.”

Declan admits to feeling pressure to fill the void created by Nick Matthew’s retirement, ahead of his main rivals who he names as George Parker, Richie Fallows, Adrian Waller, Chris Simpson, and Tom Richards. 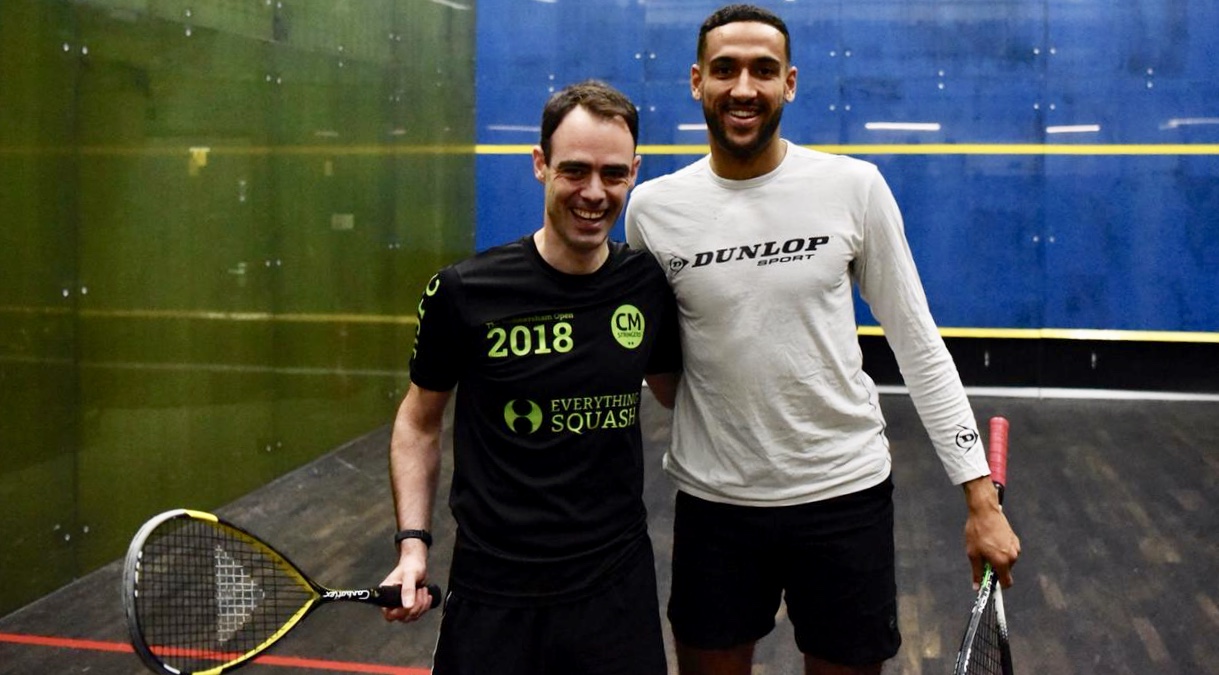 “My goal is to be one of the world’s best players, not just necessarily to be the best player in England,” he said.

“People have been saying for a long time that’s there’s no one coming up behind the golden generation to fill those shoes – and what they’ve achieved is quite outrageous over the last 10-15 years – so it’s not going to happen straight away.

“So the pressure is there, but it’s not really at the forefront of my mind. The only thing that is important for me is to enjoy my squash and becoming the best player that I can be.

“What I want from the guys in my generation now is for us to keep pushing each other because that’s important for the future of England squash and world team championships and Commonwealth Games.”

“He’s done everything right, he’s in a great position, he’s done an awful lot of background work, he’s beaten the top players, he’s been to the quarter finals of the World Series, he’s had great experience at the Commonwealth Games,” he said.

Having been run ragged by him on the glass court at St George’s Hill, I can only add my support to Mr Willstrop’s wise words.